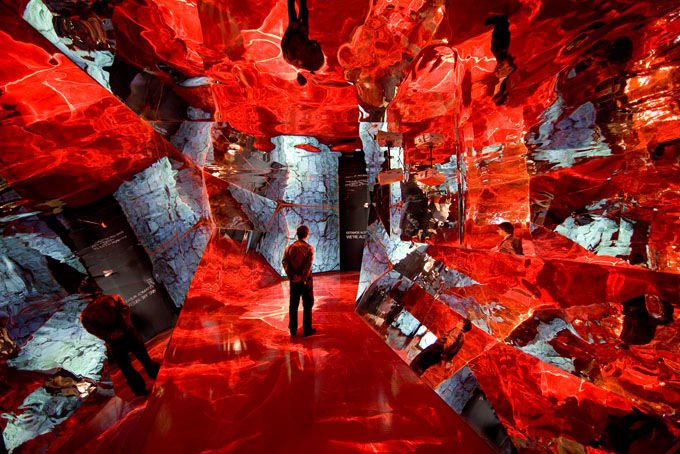 Held between June 14 and September 14, 2008, the International Exhibition Expo Zaragoza 2008 is already a distant memory but its effects still reverberate. 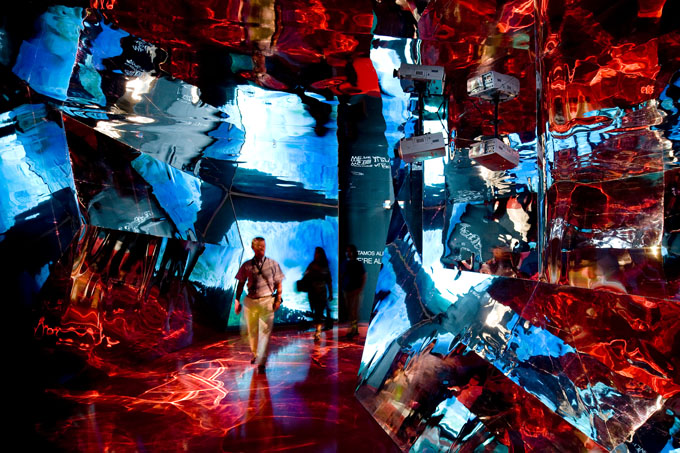 The 25 hectares along the river Ebro near Spain’s fifth-largest city, Zarazoga, hosted thematic pavilions and thematic squares plus the pavilions of more than 100 countries, all exploring the overall theme of the Expo, ‘Water and Sustainable Development.’ 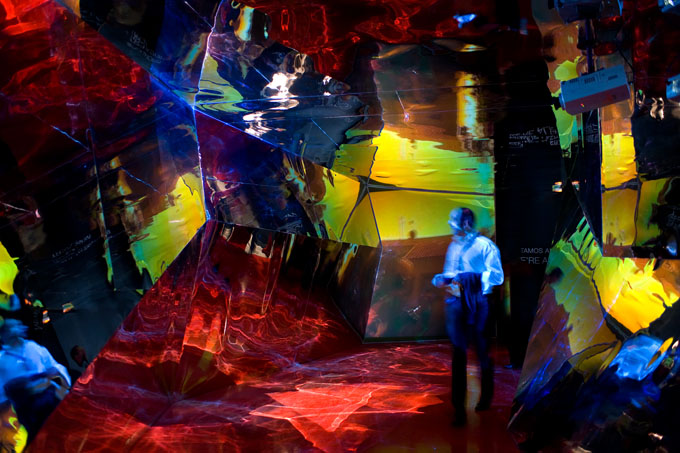 Some of our favourite Expo mementoes are these spectacular images from the Portuguese Pavilion. Theming the Portuguese participation in the watery event, Lisbon-based Bak Gordon Architects envisioned a river’s ever-changing flow from its trickling source to a river mouth by the sea. 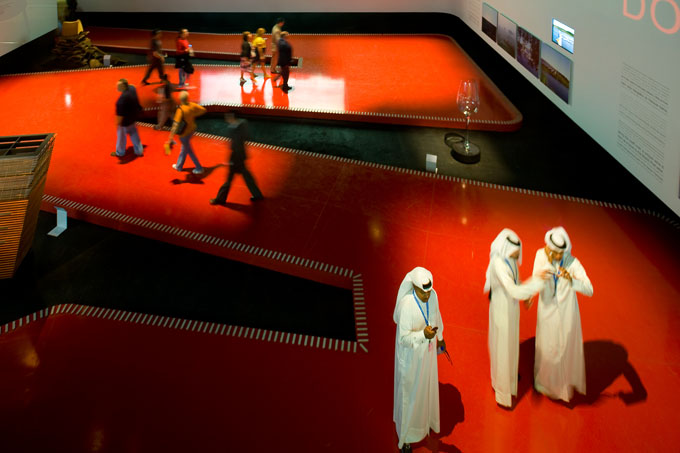 BAK created the pavilion’s spaces as versatile, changeable and changing surroundings for audience participation at levels of each individual’s choosing. The three main areas – Alert, Consciousness and Change – explored water and sustainability and featured a red ‘river’ of pavement that helped the visitors track the flow of the exhibit. 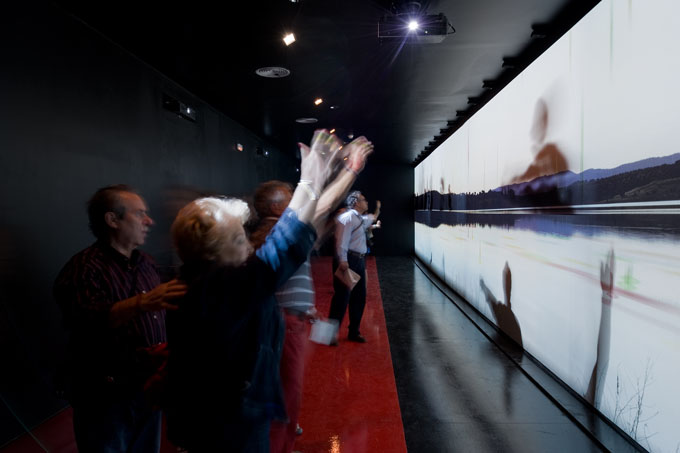 From an alarming tubular ‘jungle’ of Alert, to Consciousness where Nuno Cera’s photography highlighted the three mighty rivers of Iberia – Guadiana, Tagus and Douro, the visitor ended up in the hopeful Change, where the promising movement of citizens was depicted, literally, with the movement of images and words spoken in various languages. – Tuija Seipell