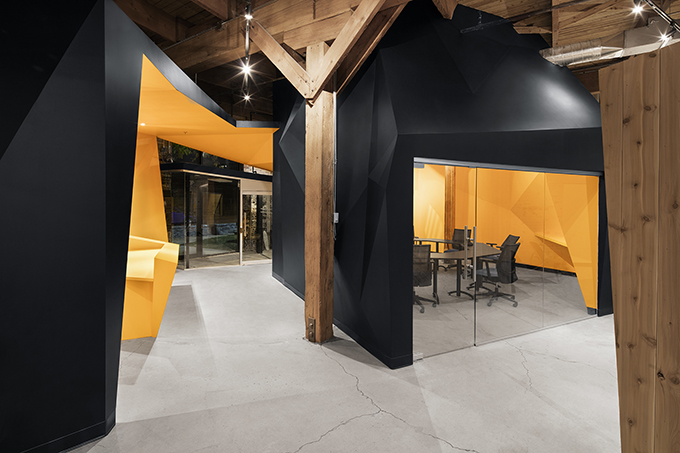 When designer Jean de Lessard was called in to create the new digs for PixMob out of a massive, old textile factory in Montreal’s fashion district, he did what all good designers do: Listened to the client. 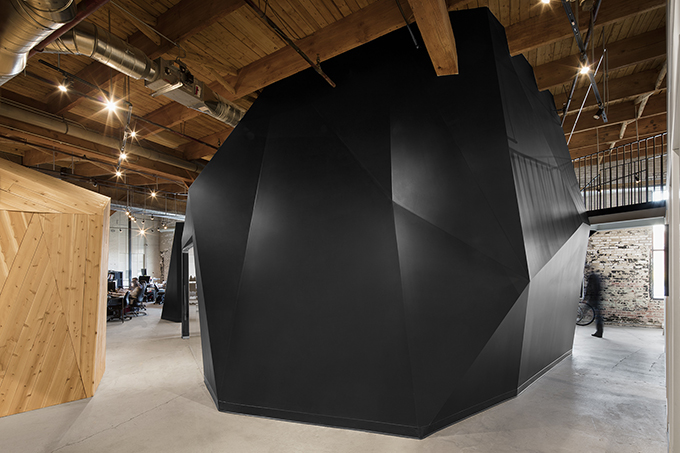 After many discussions and much research, the Montreal-based, award-winning designer gave the PixMob team a 10,000 square-foot (930 square meter), two-level club/workshop/office that reflects the spirit of the company with the slogan ‘Connect crowds – reinvent rituals.’ 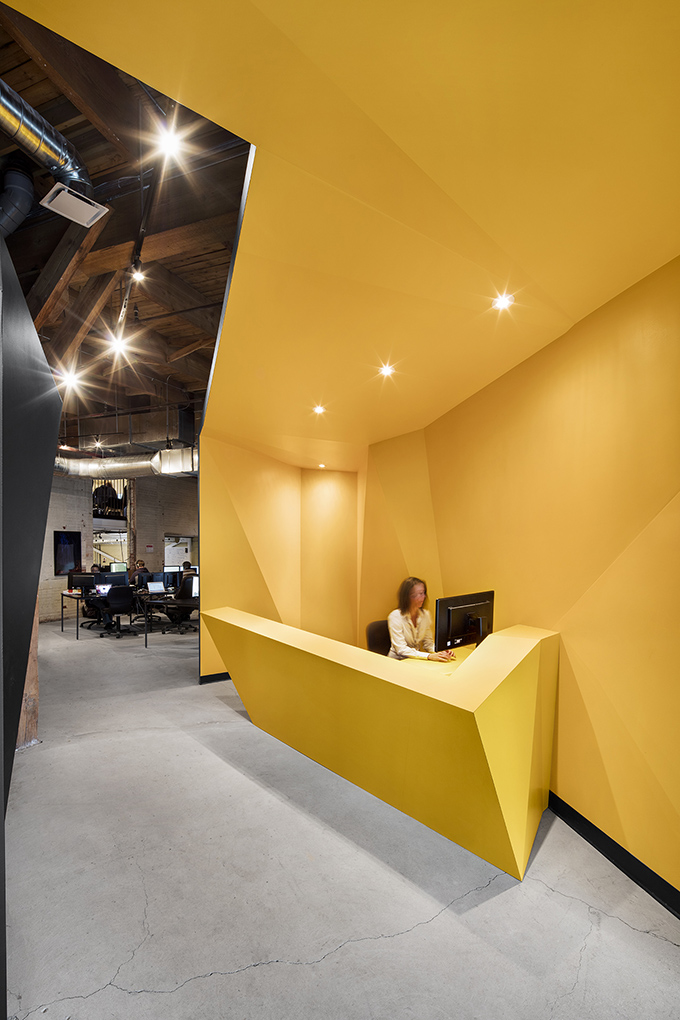 PixMob is known for its wireless remote LED light technology that uses glowing objects, balls and wristbands for crowd activation. PixMob’s creations have been seen, for example, at the Sochi Olympics, in Vegas and at Superbowl games.

The most interesting component of the project are the ‘sculptural monoliths,’ angular conference pods that break up the massive open space and reverberate with the sound when PixMob puts on a big party on their premises. 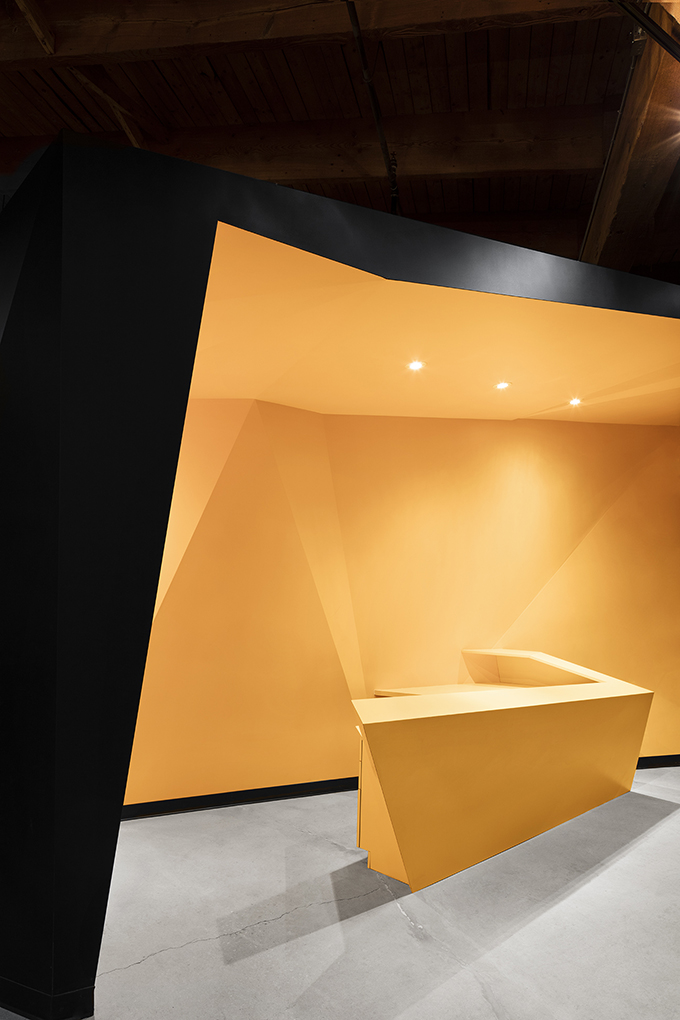 We like the yellow accent colour and we love the raw, unadorned surfaces that reflect both the character of the company and the working-class history of the building. – Tuija Seipell. 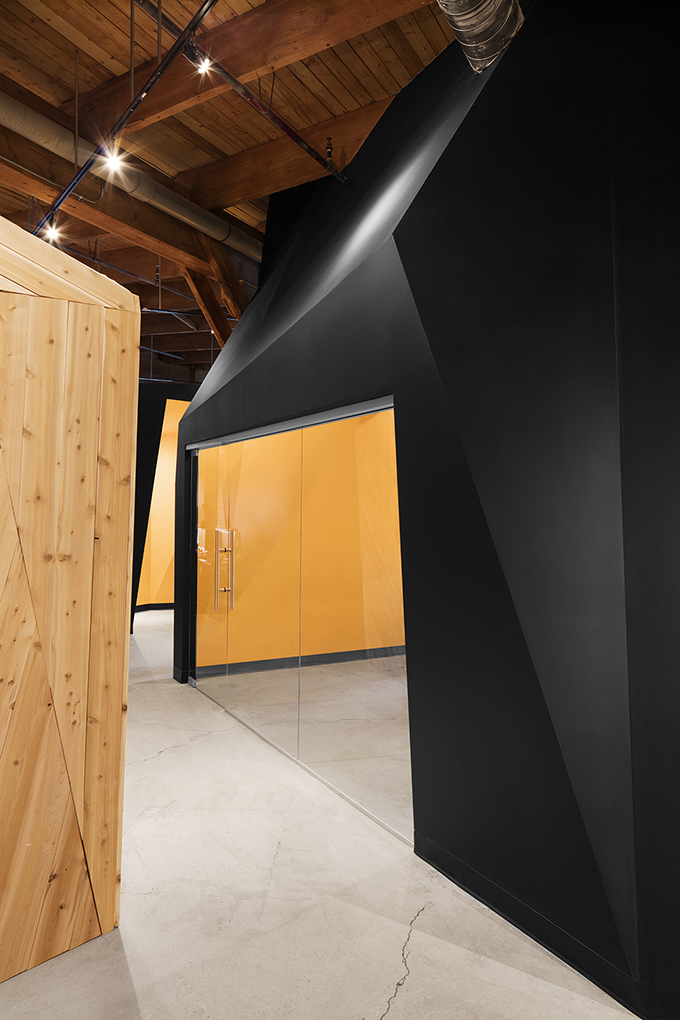