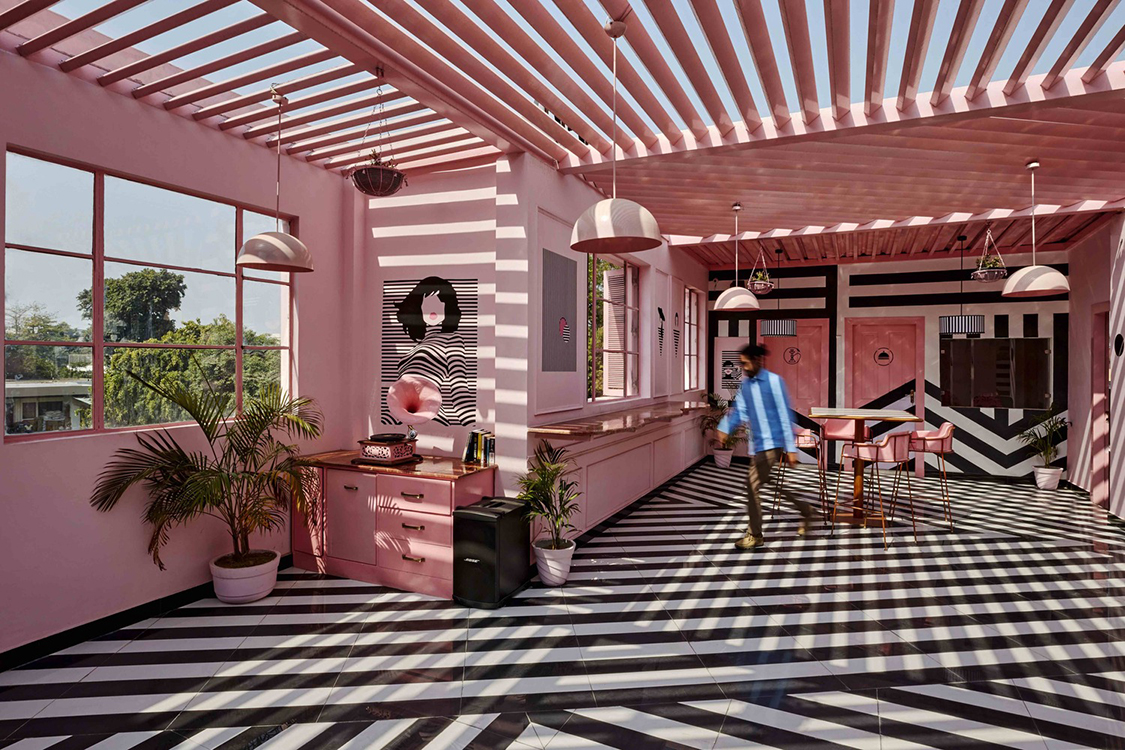 For us lovers of minimalism and clean design it is quite astonishing how often we find ourselves commenting on something that is neither.

And when you add to that our inherent dislike or at least suspicion of anything pink, busy and over-the-top, it would seem unlikely that we’d ever give a nod to anything like The Pink Zebra of The Feast India Company. 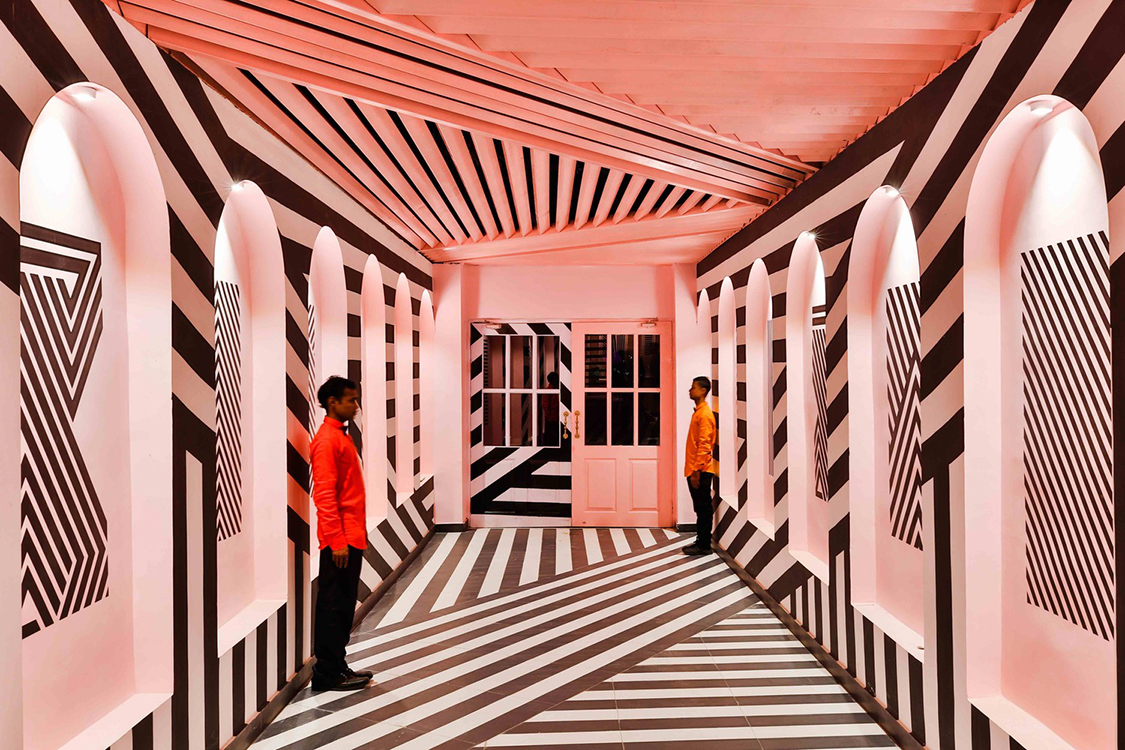 Yet, here we are, quite fascinated by the concept created by Renesa Studio based in New Delhi, India. 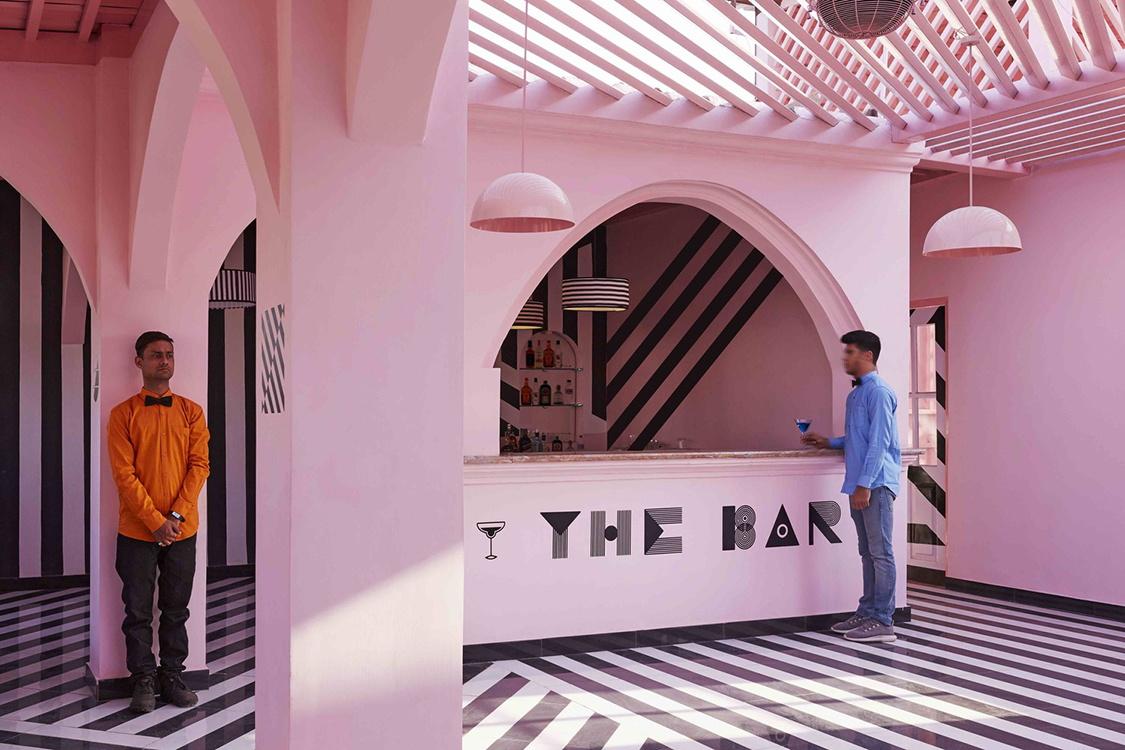 The Pink Zebra is located in the Swaroop neighborhood of Kanpur (Cawnpore), the River Ganges-flanking industrial capital of the state of Uttar Pradesh, India. Most people outside India would know Uttar Pradesh as the location of the Taj Mahal. 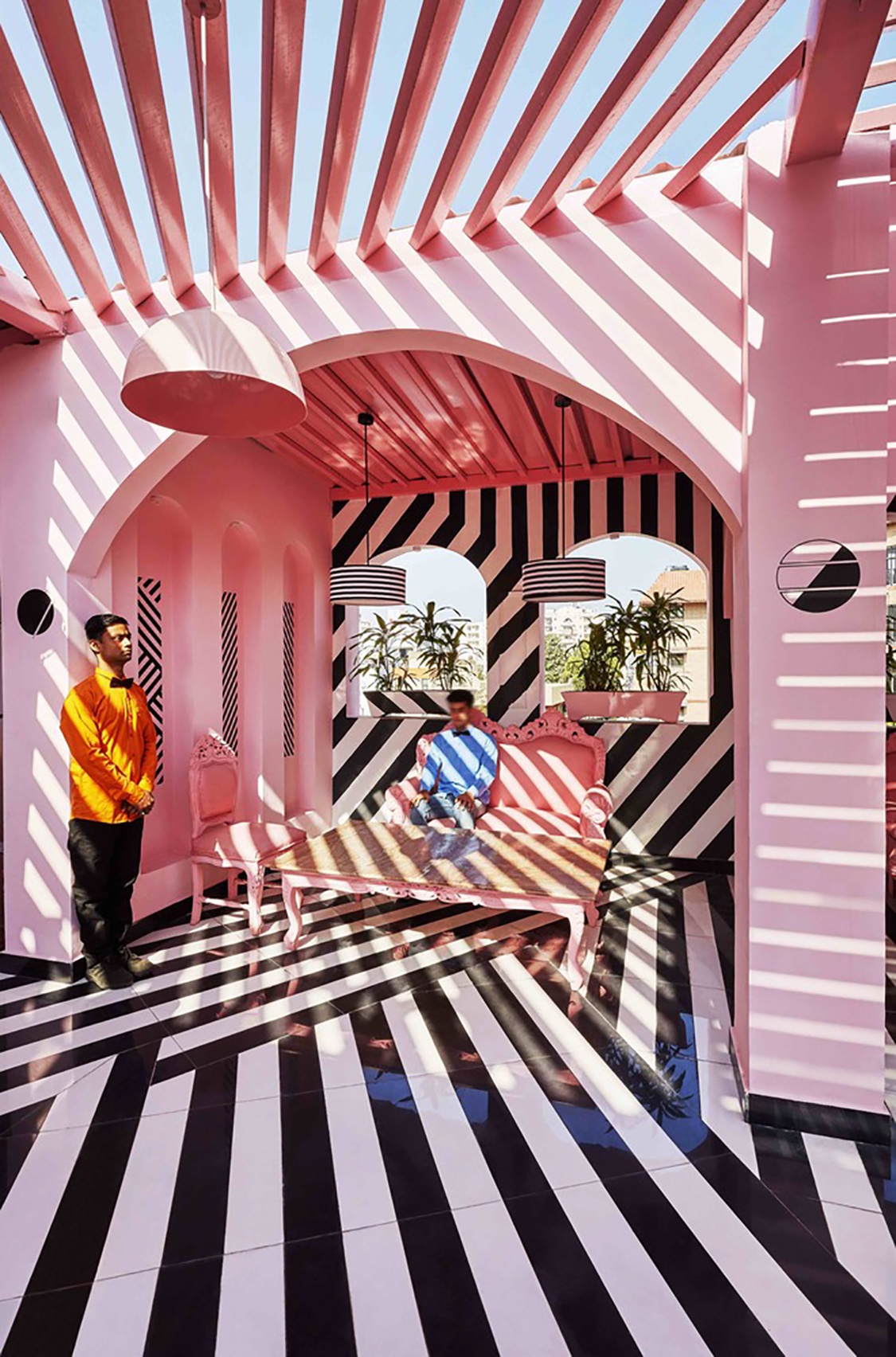 The boldly repurposed, two story space occupies one of the oldest buildings in Kanpure and includes a lounge and bar upstairs, a dining area downstairs plus a covered terrace. The total restaurant area, including the terrace, is about 4,000 square feet (370 Square metres). 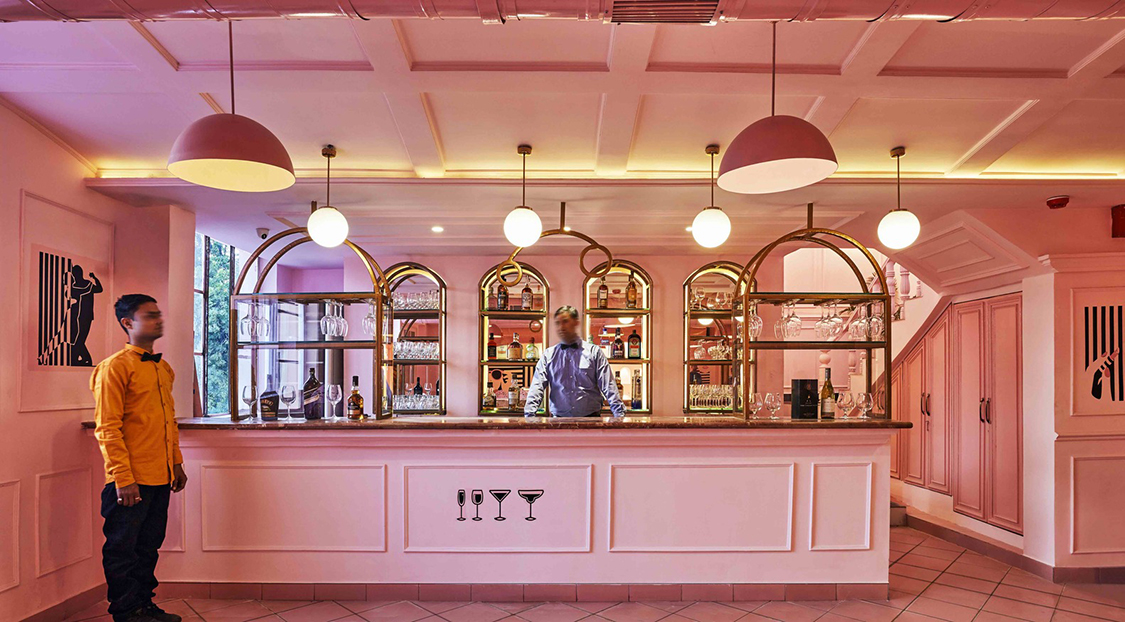 New York Times staff editor Jesse Fox Mayshark has described Anderson’s films as having a baroque pop bent that is not realist, surrealist or magic realist but fabulist. 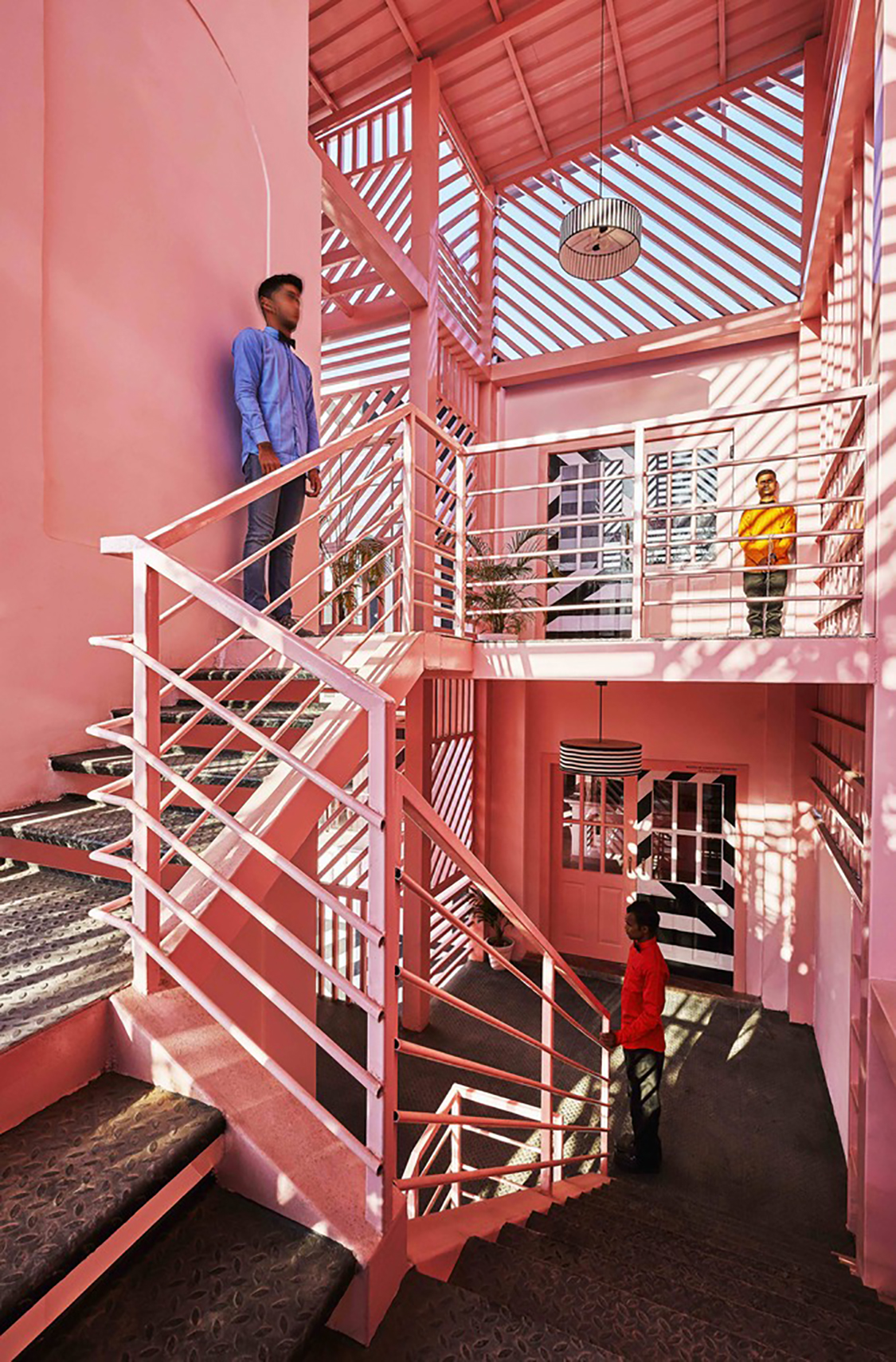 Combining this type of visual tone with the colonial British Raj history of the city, Renesa’s head architect Sanchit Arora and his team produced a kitschy-chic retro combination of modern and colonial, ornate and structured. 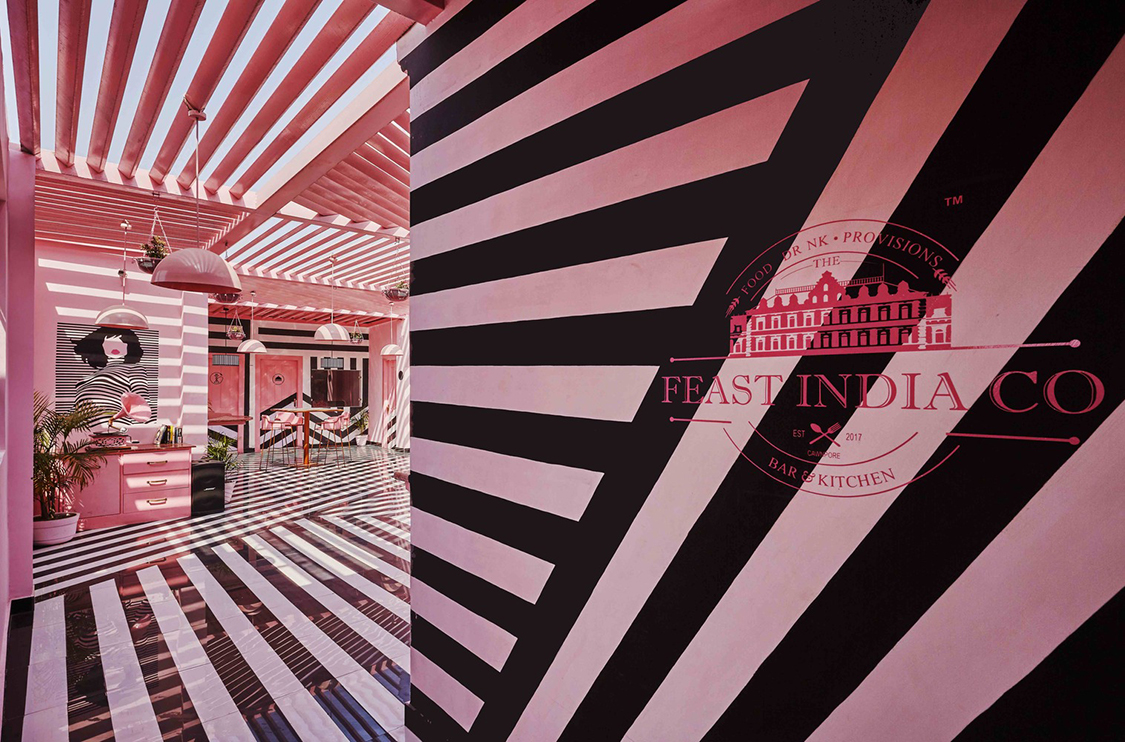 No-one would call the resulting expression timid, demure or subservient. It feels more like a protest or mockery; a delirious celebration of both the madness and joy of life. And you do need to be able to tolerate pink and zebra stripes to enjoy your visit to the Pink Zebra. Tuija Seipell. 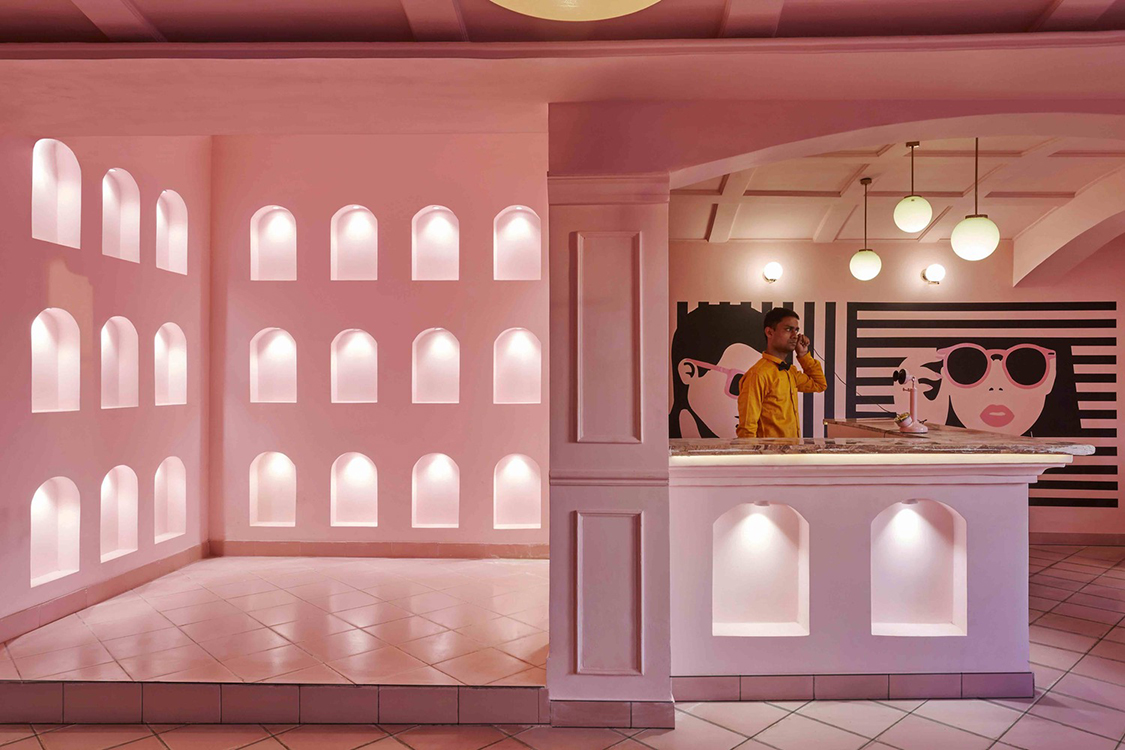 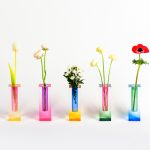 These coloured acrylic vases are a minimalist interpretation of the moments of colour, tone, texture and light conveyed in Impressionist paintings.