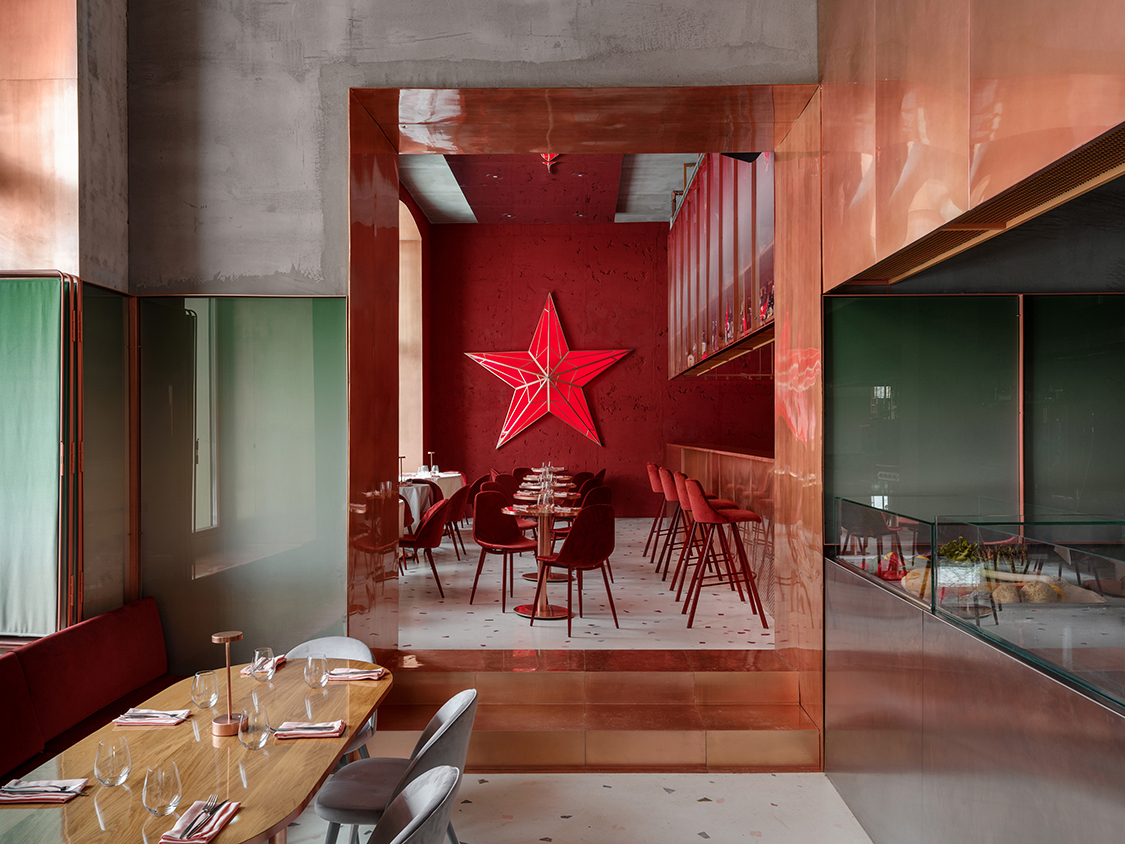 The décor, by New York-based Harry Nuriev of Crosby Studios, harkens back loosely to the Stalinist era with its faded pink and industrial green, and its large star decorating the bar. 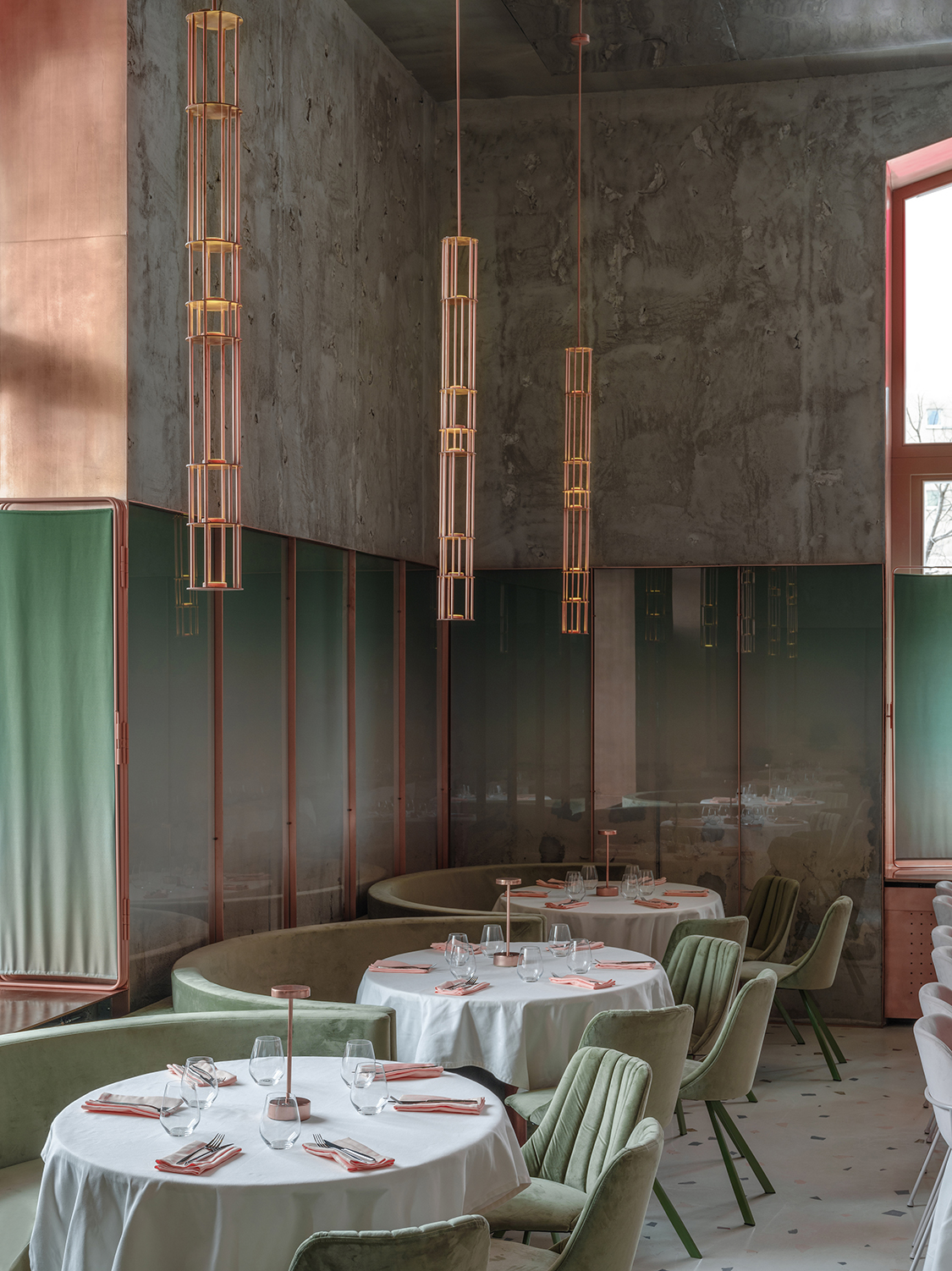 The synergy is not forced or fake as there is real history here. The building itself is from the Stalin era and the office workers in many of the government agencies are children of parents of that era.

Crosby Studios architect Maria Begun tells The Cool Hunter that they wanted to emphasize the atmosphere of the building and its background while imbuing the restaurant with a modern vibe. 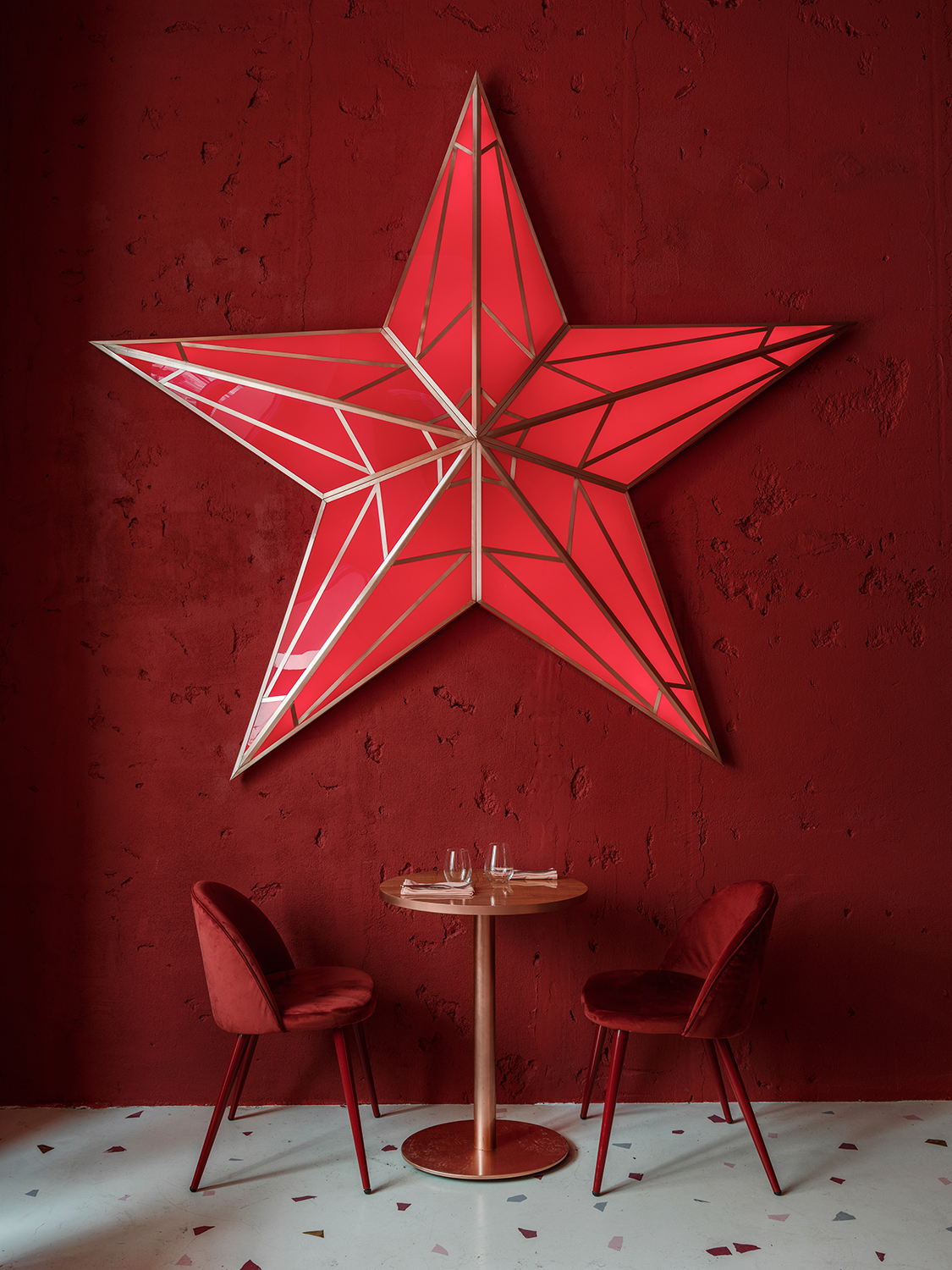 The 210 square-metre (2,260 sq.ft) Pink Mama is divided into two zones that echo the layout it inherited from the previous restaurant that operated in the space. Crosby wanted to separate food and alcohol and created a distinctive red bar and an airy restaurant hall that has large windows for enjoyable daylight dining. 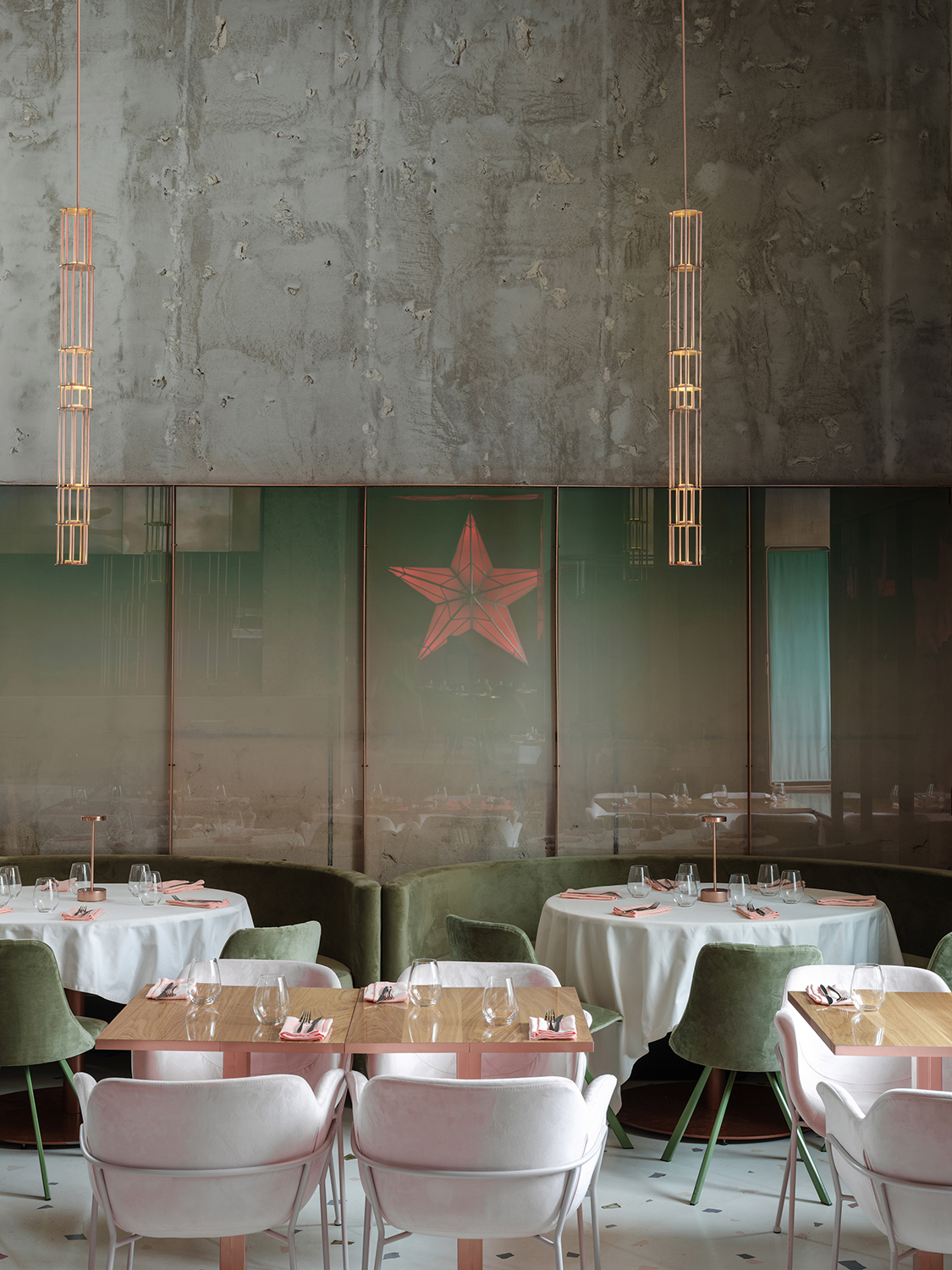 As Nuriev is known for his startling, monochromatic interiors, the choice of strong colours, in this case red, faded pink and mossy green, does not surprise. They are all also strangely fitting for this slightly nostalgic concept.

Pink Mama is part of the The LL Group of restaurants owned by Liki Lewin and Ardy Tuzhba. 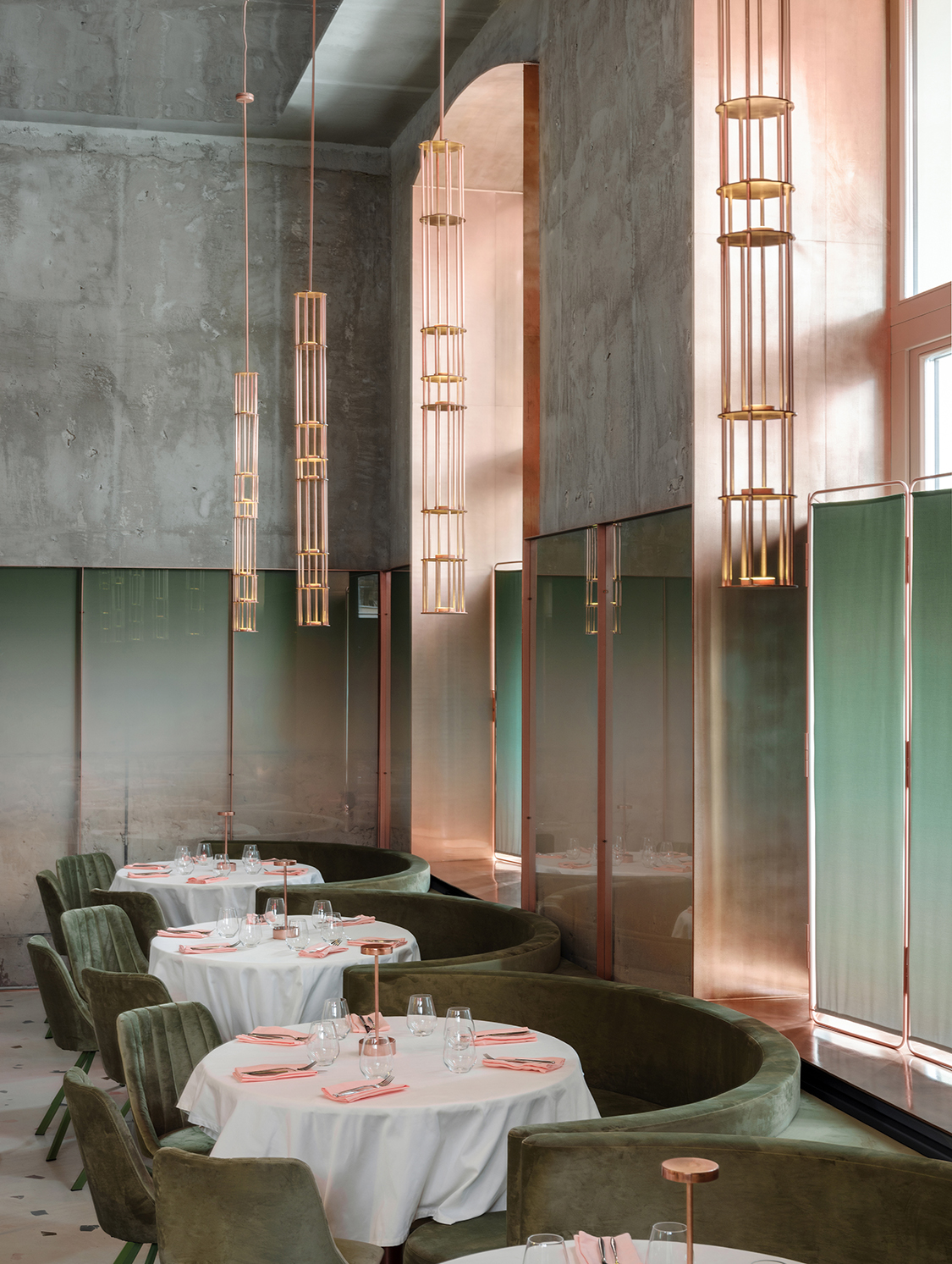 All of the company’s other restaurant concepts (Laffa Laffa, Hachapuriya and ‘Eat Khinkali & Drink Wine’) are based on international cuisine that has caught the attention of Lewin who travels the world and divides her time between Moscow, Switzerland and London, where her spouse restaurateur Saul Lewin lives. Tuija Seipell. 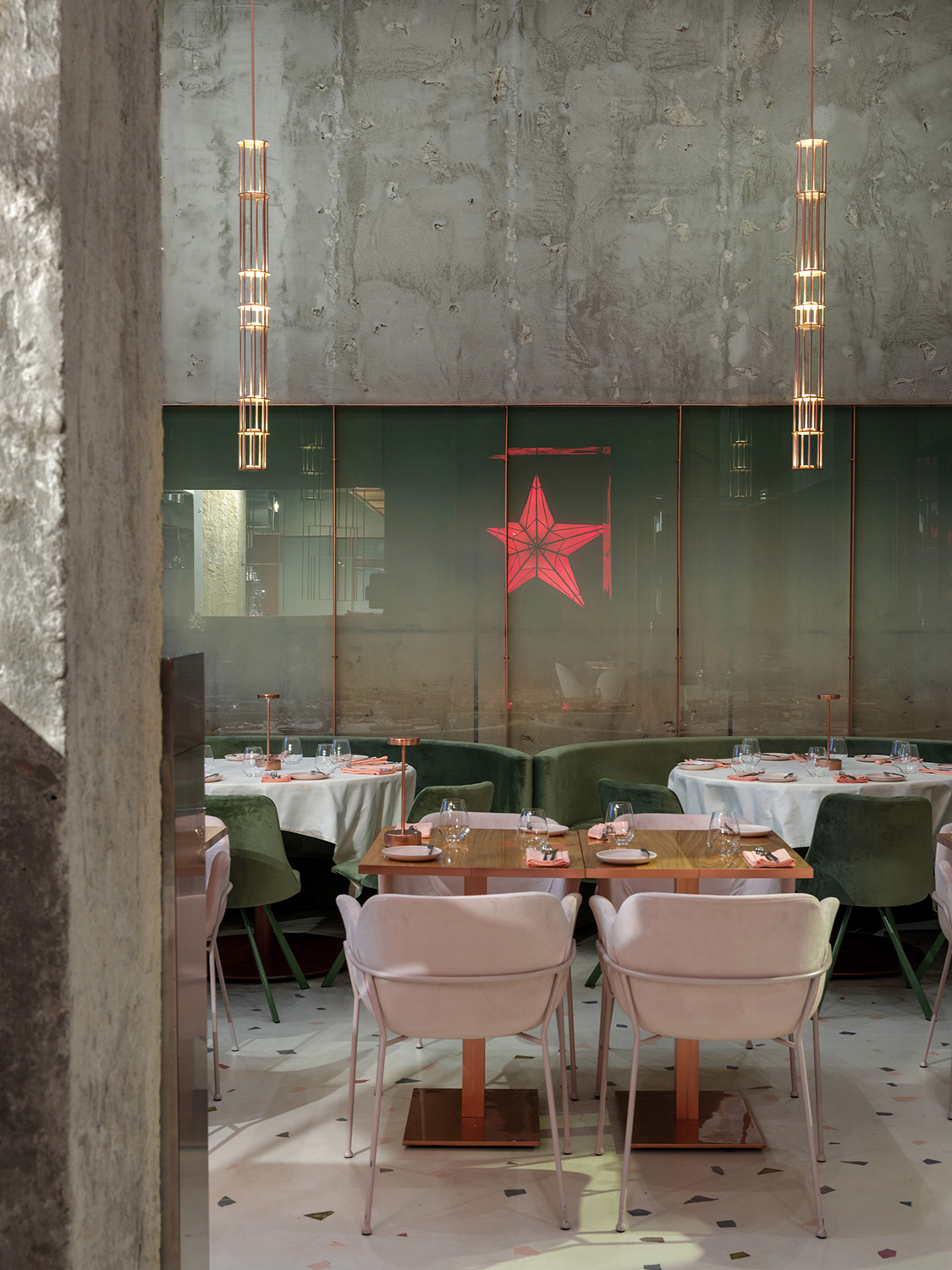