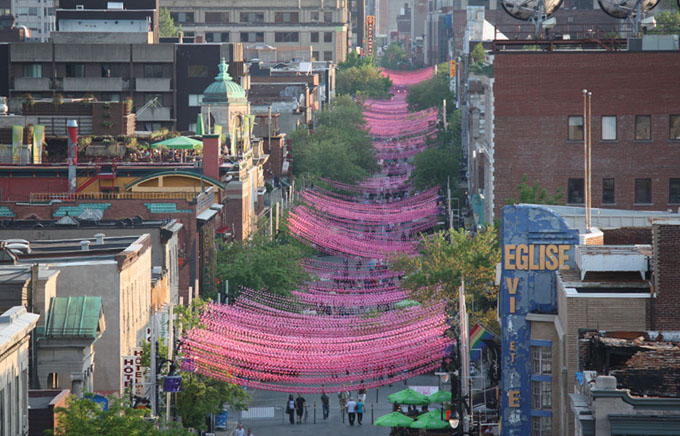 When we saw this great idea in Montreal, Canada, we immediately thought how wonderful it would be if city councils around the world took this on as a way to draw attention to Breast Cancer Awareness Month! The cause deserves this kind of prominence. 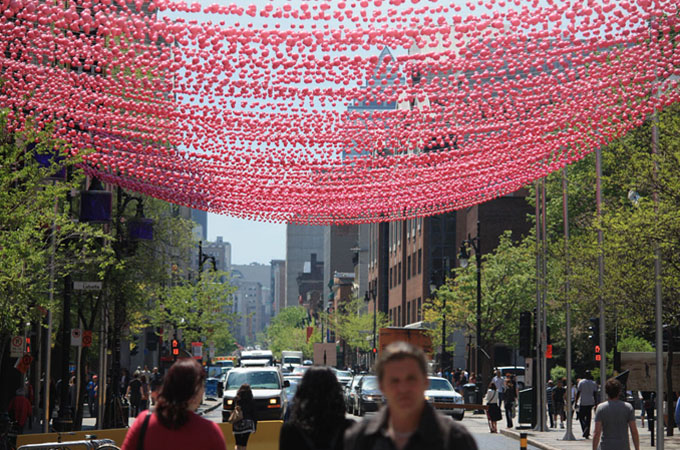 However, this presentation by landscape architect Claude Cormier is not for breast cancer awareness. It is part of Aires Libres a summer-long celebration that has turned the street to a pedestrian-only mall of arts and culture. Aires Libres will end September 12, 2011. 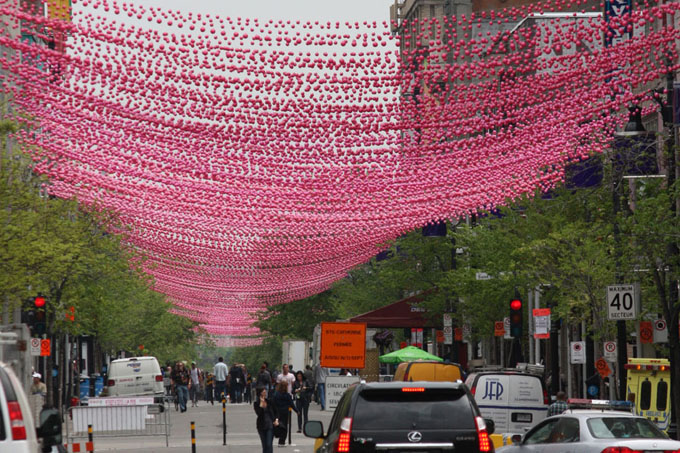 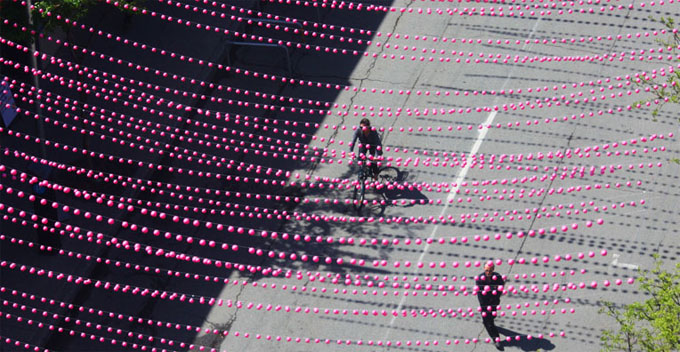 There are three sizes of pink plastic balls, stretching over the street in nine sections, each with its own pattern. Pink Balls was produced by Impact Production in partnership with Société de développement commercial – SDC du Village. – Bill Tikos