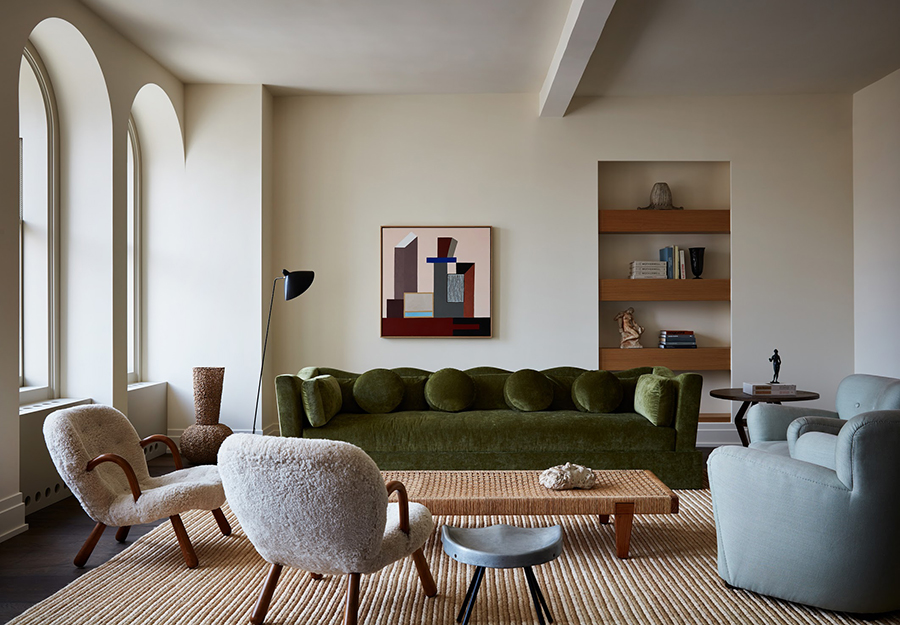 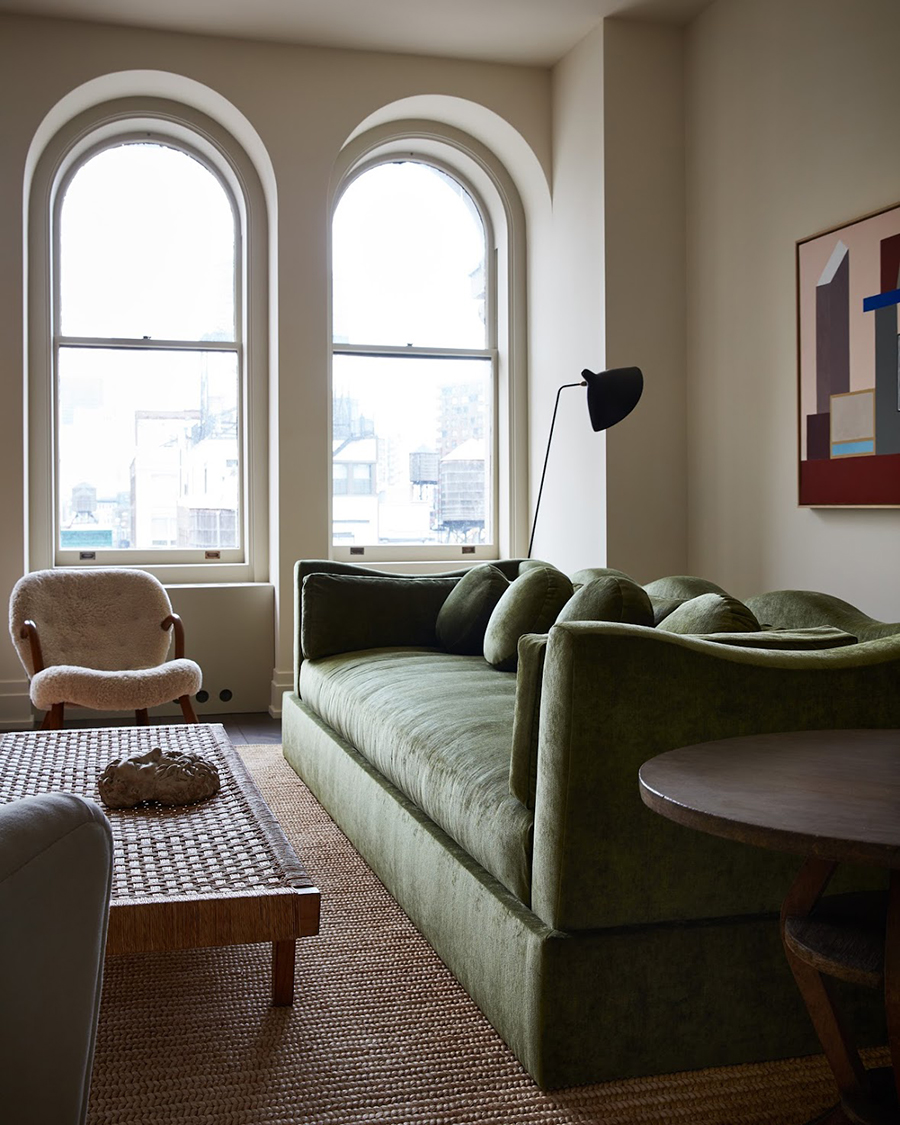 For two years, Valle worked on the loft in the 22-apartment warehouse building. The space had several key redeeming features including massive skylights, high rooms and rows of arched windows. After the $1.2 million (US) overhaul, the 3,700 square-foot (344 sq.m) two-bedroom, two-bathroom home echoed the strong industrial solidity of the building. The more than a foot-wide oak floor panels and 16-inch thick interior walls appear to belong to the original space although they are Valle’s doing. 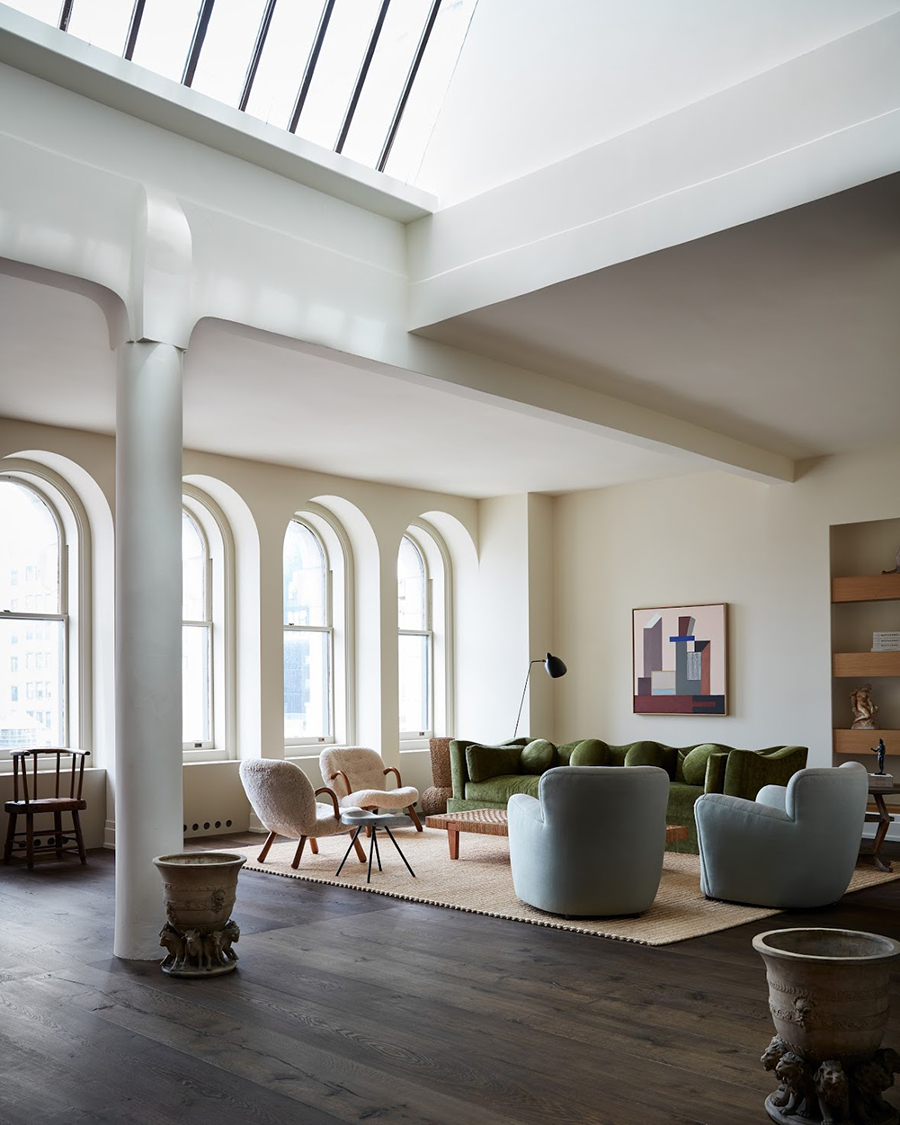 The views are also impressive with the Empire State Building visible on one side, and the Freedom Tower on the other. In his typical way, Wendle put the loft on the market almost immediately after it was completed and the interiors and furnishings finalized. He had paid $8.025 million (US) for the loft and was asking just over $10 million (US). He was selling because as of this summer his family needs to be living primarily in Mexico and has no need to be in New York other than visiting, the real estate promoter stated. 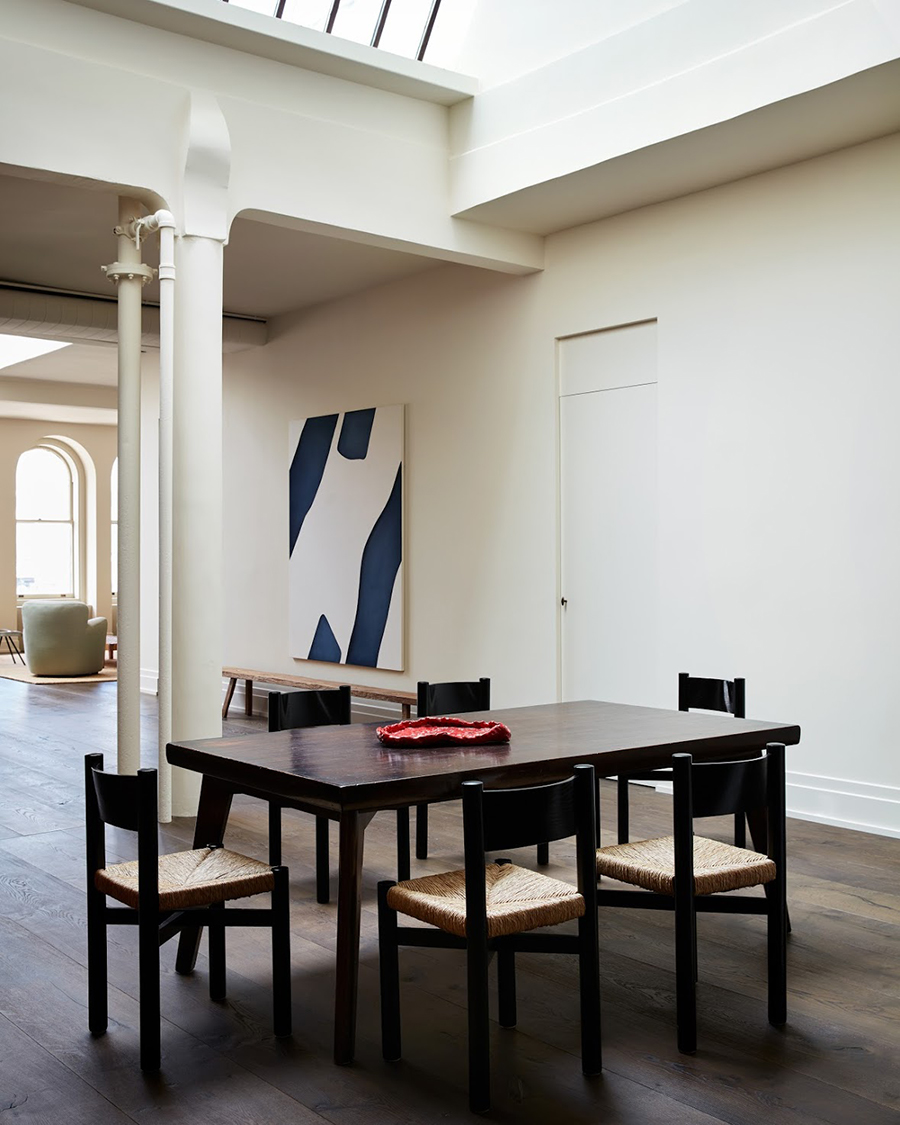 Born and raised around New York City, the 61-year old Kevin Wendle is involved in technology startups and has founded and held executive positions in several enterprises, at CNET, Fox Entertainment Group, E! Online. He moved to Paris in the early 2000s where he immersed himself in French art, fashion, architecture and design. He met French architect Joseph Dirand and became first his client and later his business advisor. Dirand has designed several homes for Wendle over the years. 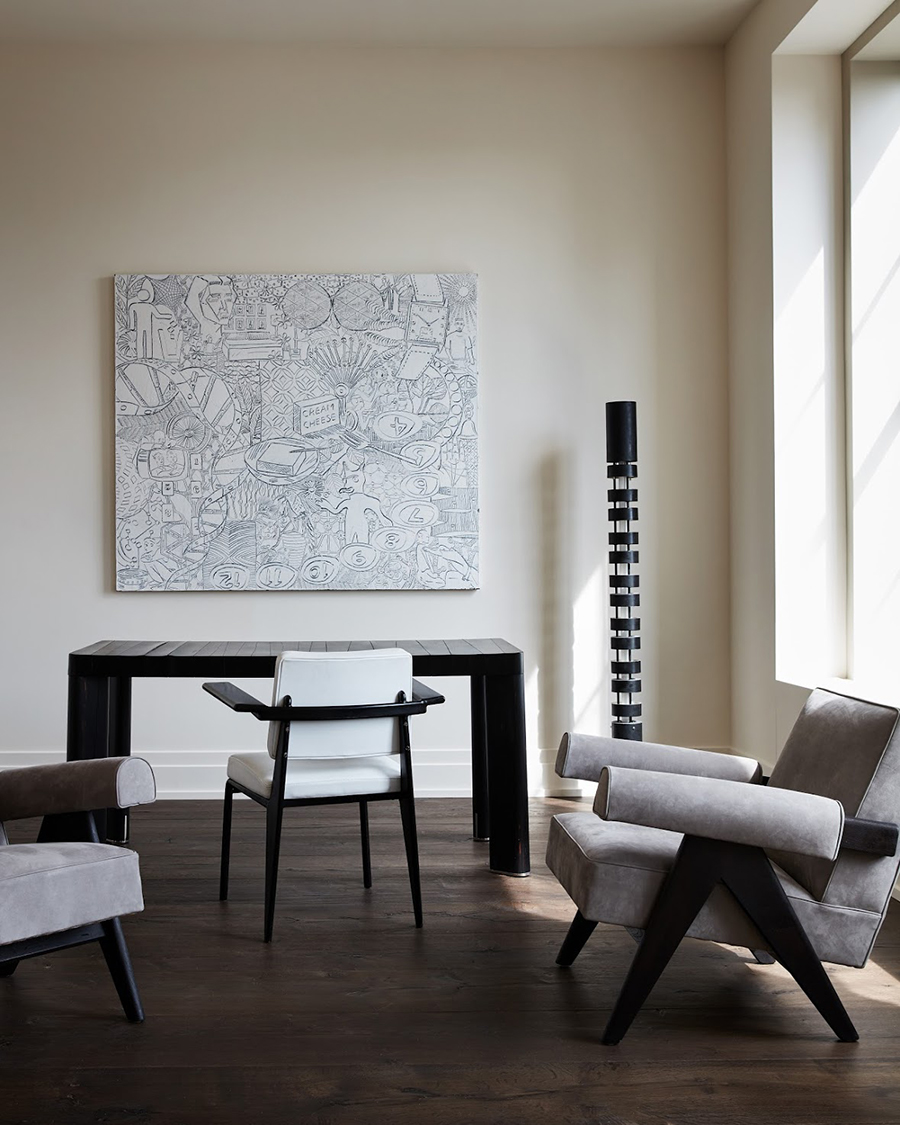 In 2014, involved even deeper in travel, architecture and premium real estate, Kevin Wendle purchased the Hotel Esencia on the Riviera Maya in Tulum, Mexico, where he met Valle two years later at the wedding of fashion designer Jason Wu. Mexico has since been Wendle’s home base. 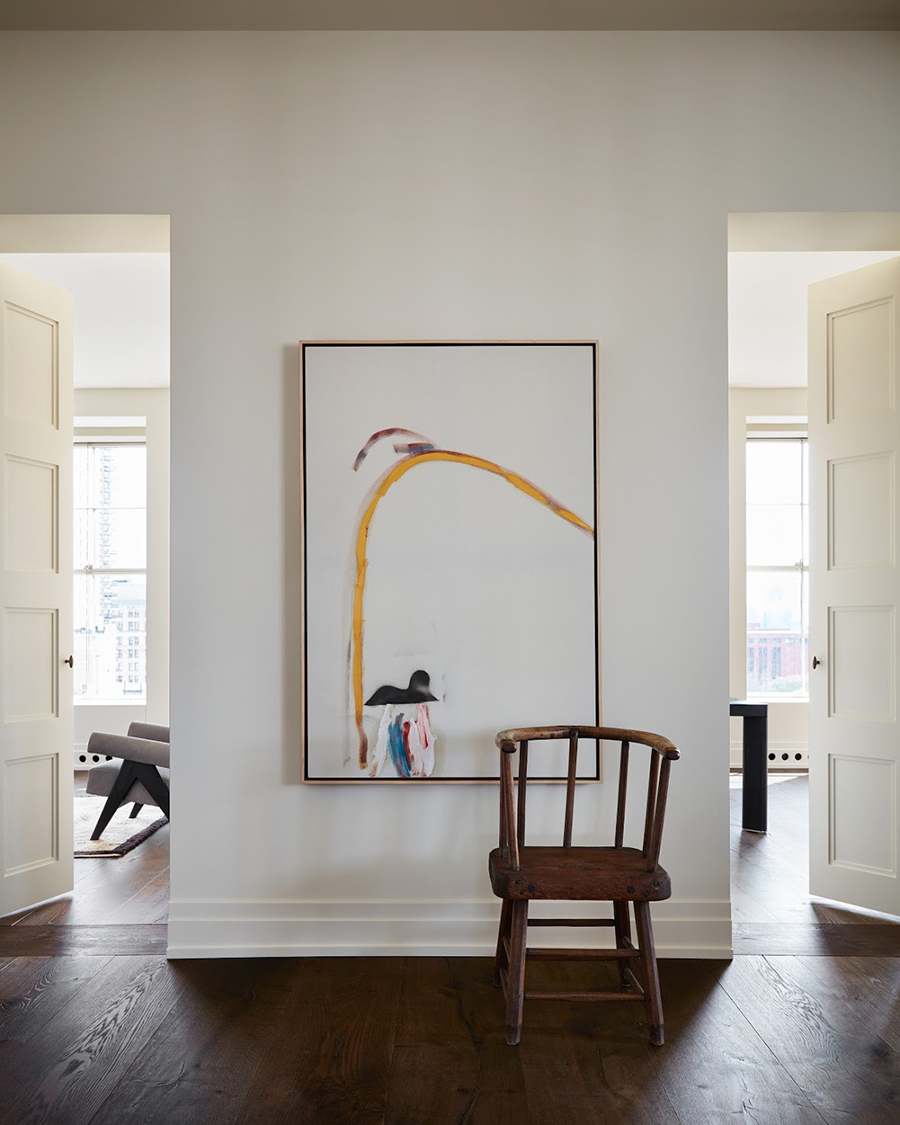 Valle’s first project for Wendle was a complete remodel of 10,000 square-foot (929 sq. m) 1903-built house in the coastal village of Watch Hill in Rhode Island for which Wendle paid $9.8 million (US). This was to be the summer home of Wendle, his partner Sebastian Uribe and their two sons, Dylan and Alex. The massive house allowed Wendle to consolidate some of his art and furniture finds that had been in storage in New York, Paris, south of France, and Los Angeles. 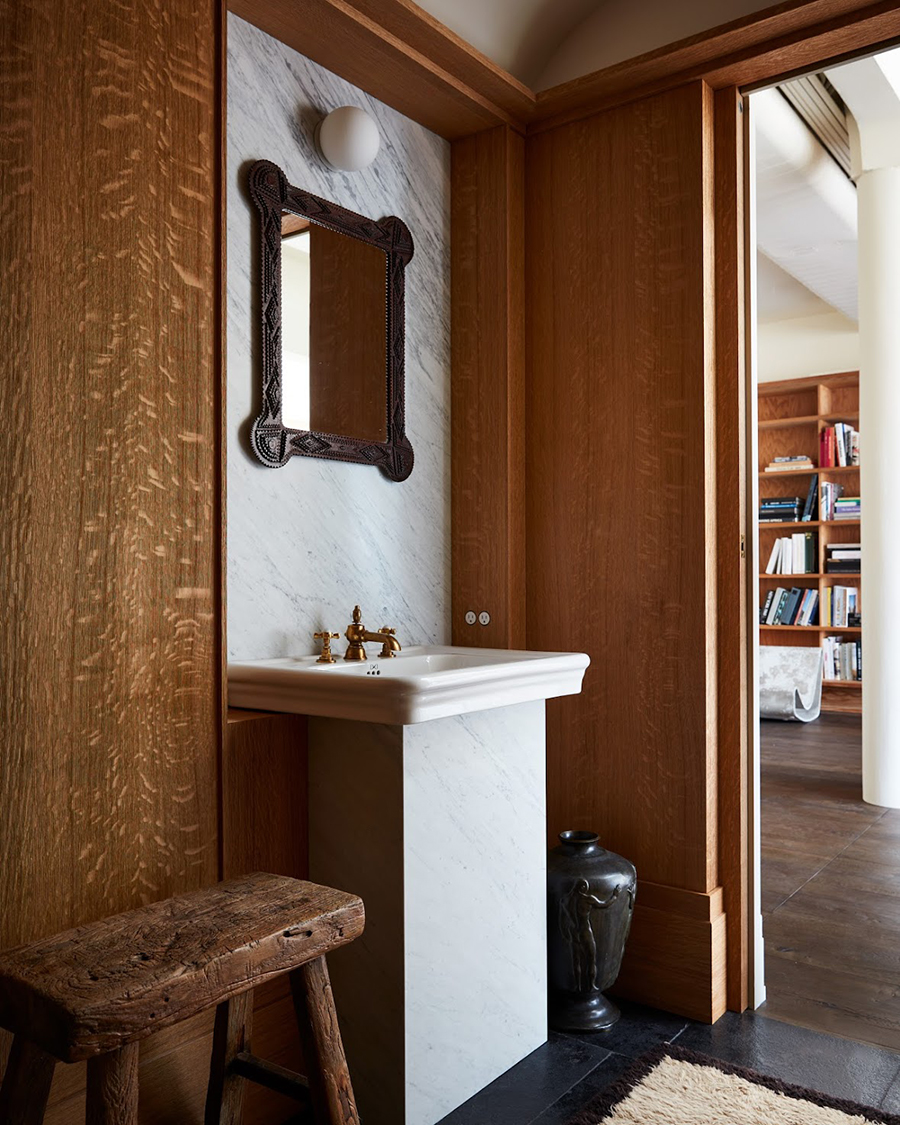 When Wendle sold that property in late 2019 for $17.6 million (US) to former Time Warner executive Paul Cappuccio, it was the second-highest residential sale ever in the state of Rhode Island, outprices only by the neighbouring estate for which pop start Taylor Swift had paid $17.75 million(US) in 2013. Tuija Seipell