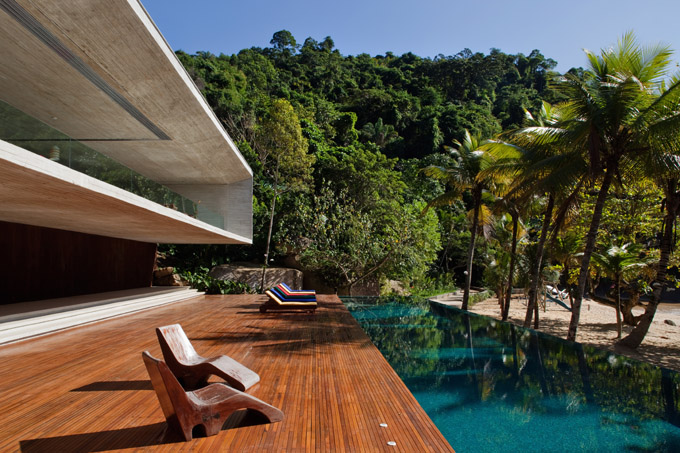 Elegant, calm, minimalist, clean and beautiful are among the adjectives that can be used to describe almost all of Marcio Kogan’s much-publicized and much-awarded residential masterpieces.
The magnificent, streamlined residences must serve as an antidote of some sort to the Brazilian architect who has been quoted as saying that he loves his home town of São Paulo and New York because they are similar in their chaotic ugliness, and because he likes ‘energy, chaos and a multi-cultural population in a city.’ 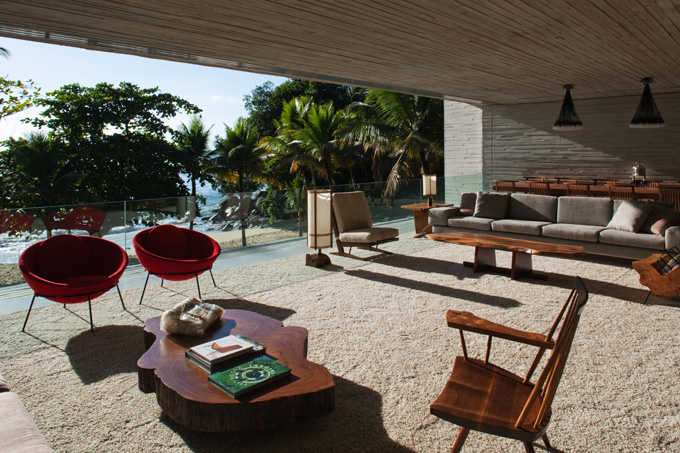 Out of this chaos-, humor- and cinema-loving creative mind, an astonishingly lovely, peaceful balance is projected onto residential projects.
Reviewers of Kogan’s work often mention Ludwig Mies van der Rohe, Frank Lloyd Wright or their contemporaries, but Kogan has said that he is more inspired by Ingmar Bergman, Federico Fellini and Andy Warhol. 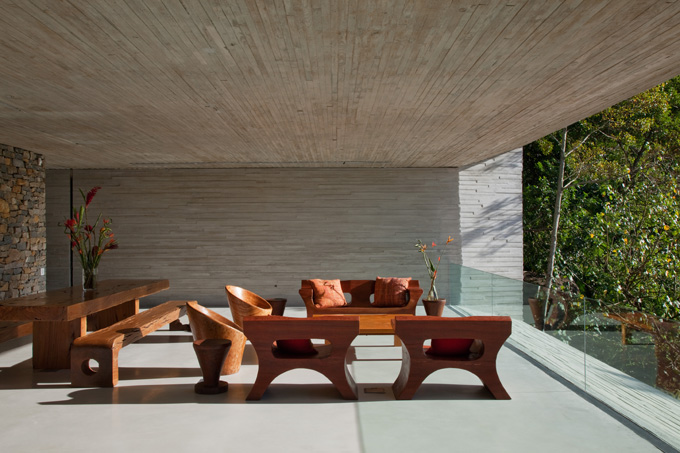 However, the 57-year-old Brazilian-born and educated Kogan does have a modernist approach, and he has described the work of fellow Brazilians of modernist ilk — Lucio Costa, Oscar Niemeyer, Lina Bo Bardi and Vilanova Artigas – as incredible. 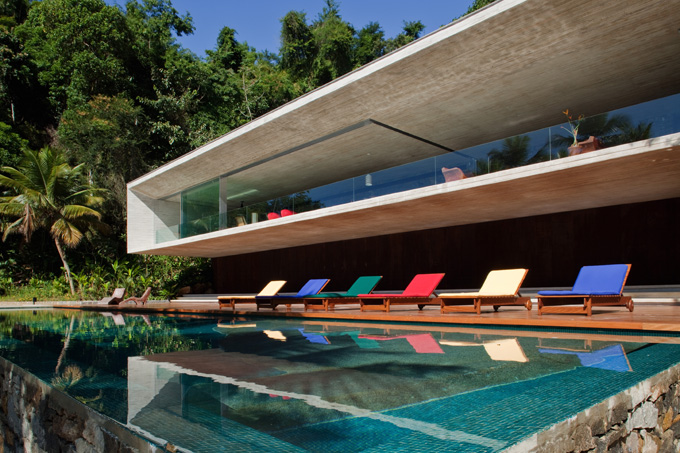 The Paraty House, pictured here, is located on one of the hundreds of islands near the colonial town of Paraty, close to Rio de Janeiro. Before it was completed, Kogan predicted that it was to be his favourite house. Its simple premise is two large drawers pushed into the hill and connected by an internal staircase.

Its elegance comes from the seamless link between indoors and out, from the use of native wood, stone and vegetation, and from the minimalist, sweeping vistas that make so many of Kogan’s houses appear as if they were either taking off or recently landed. And although the stacked-boxes style is starting to wear thin as style-du-jour, this is surely one of its best examples. – Tuija Seipell 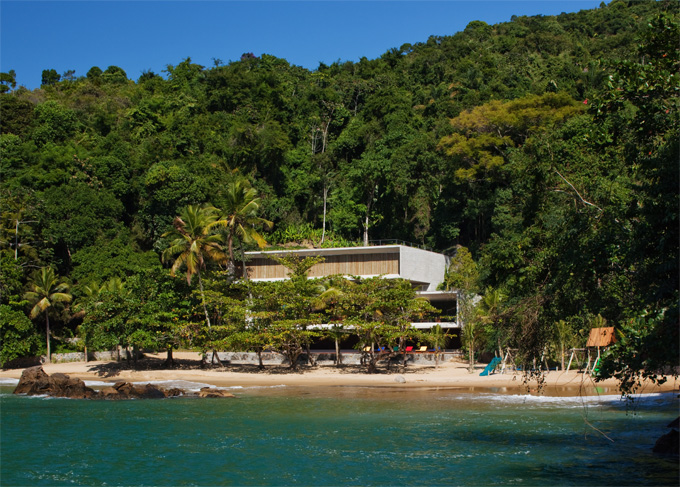