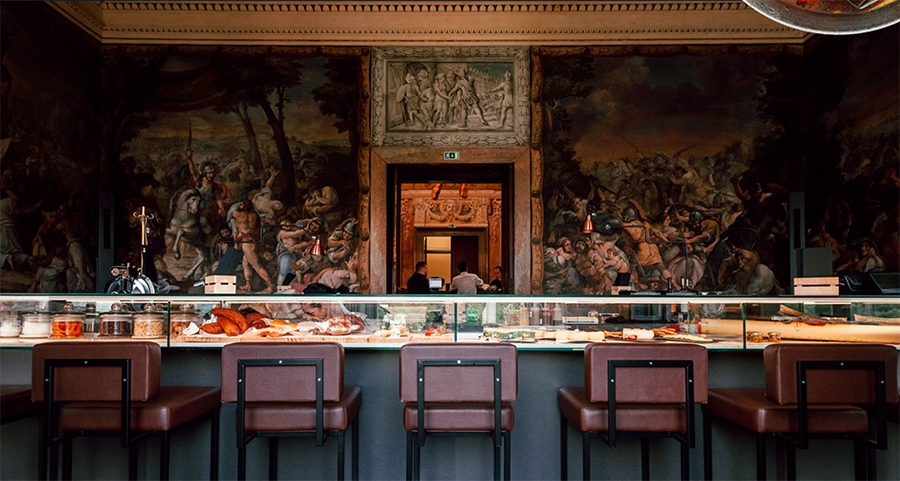 Turns out, Portugal’s capital, Lisbon, has been a party town for some time. As a celebrated example of excess, the 2nd Baron of Quintela and 1st Count of Farrobo, christened Joaquim Pedro de Quintela, used to party to the extent that even today, the Portuguese word farrobodo means wild partying. 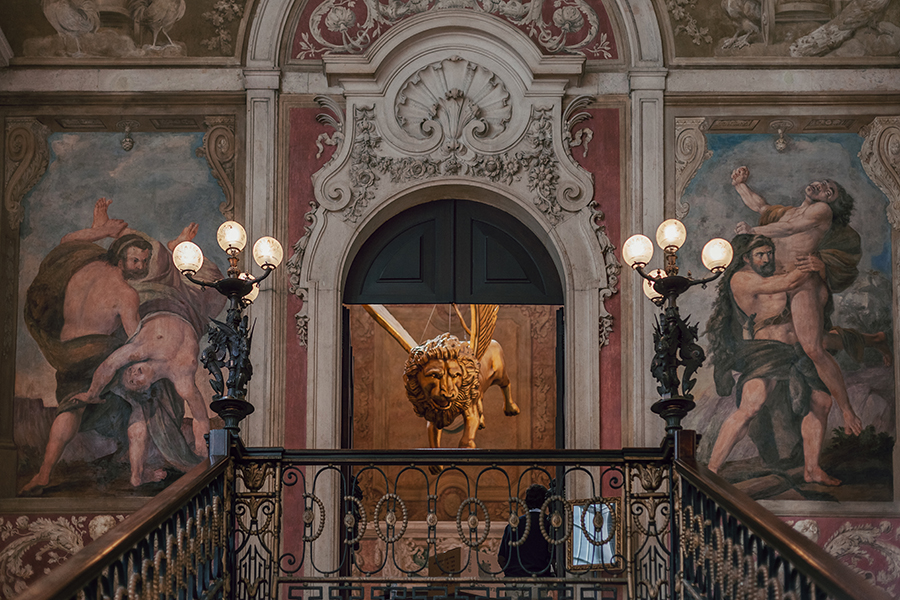 Farrobo was born and partied in what was formerly known as Quintela Palace (and many other names), built in 1781 at Rua do Alecrim 70 after a previous palace on the spot was ruined. 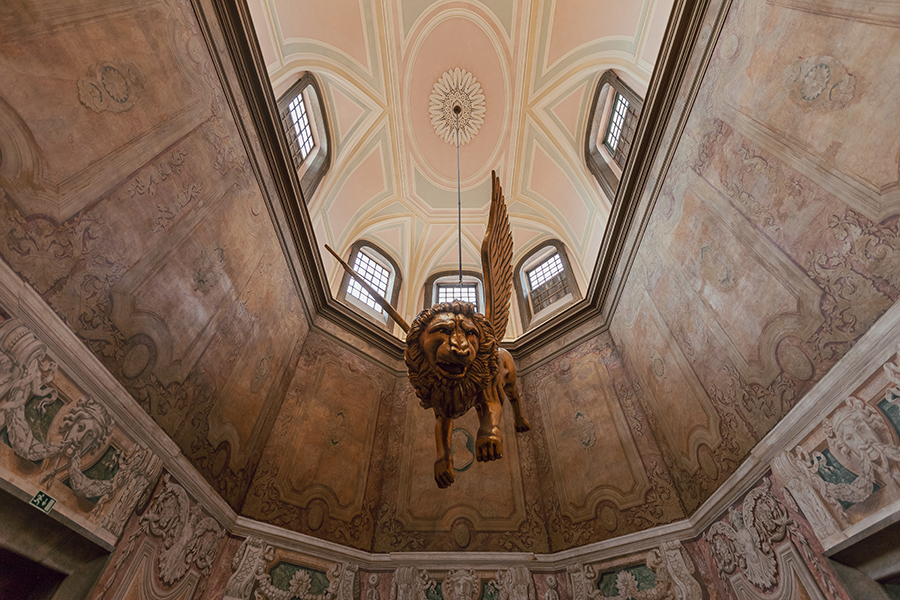 The Count would be incredibly pleased to know that the one-again renamed palace, now known as Chiado Palace or Palácio Chiado  is now home to an extravagant seven-restaurant concept of serious partying and enjoyment, after its last 40 years as home of the Institute of Visual Arts, Design and Marketing.

Duarte Cardoso Pinto, the grandson of the current owner, a descendent of the country’s iconic Marquis of Pombal, is one of the three partners behind the new concept.

The other two are brothers Gustavo and António Paulo Duarte. 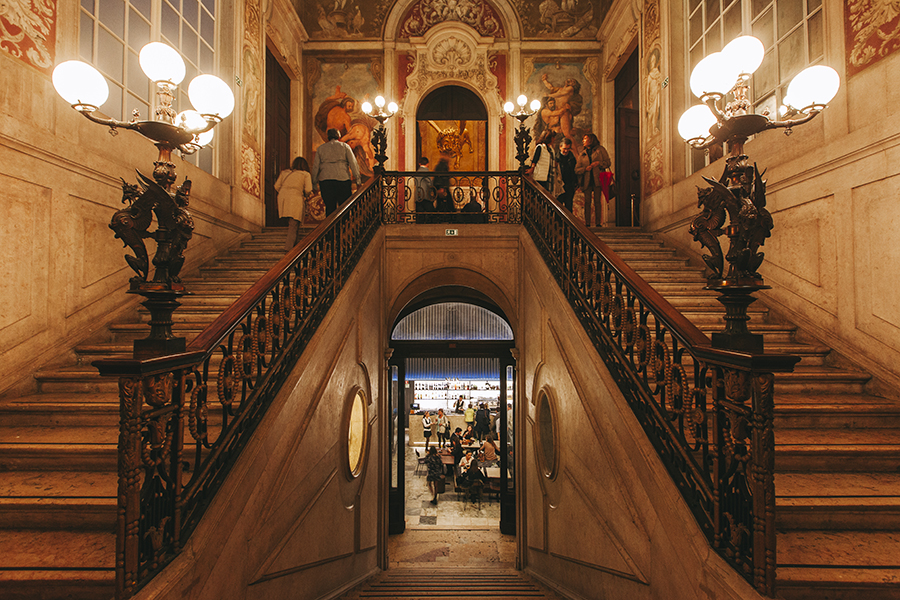 The concept is ambitions and absolutely wonderful considering the gorgeous and rich historical paintings, frescoes, stained-glass windows, staircases and other features that provide authenticity in a way that no-one can really reproduce. 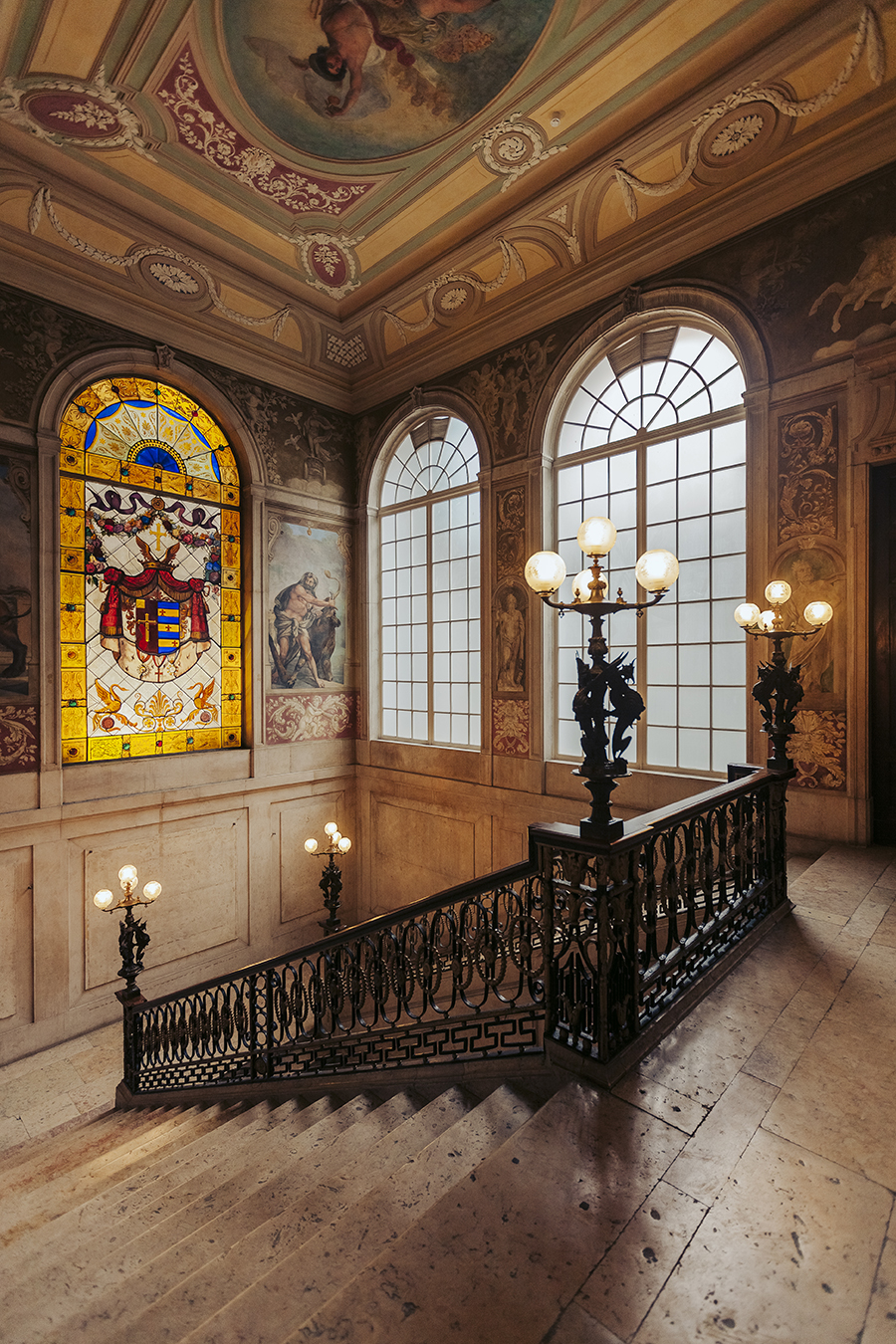 The renovation took six months, overseen by Lisbon-based architect Frederico Valsassina. The frescoes and stained glass were restored by Elivira Barbosa, and Portuguese architect, Catarina Cabral was in charge of the interiors. 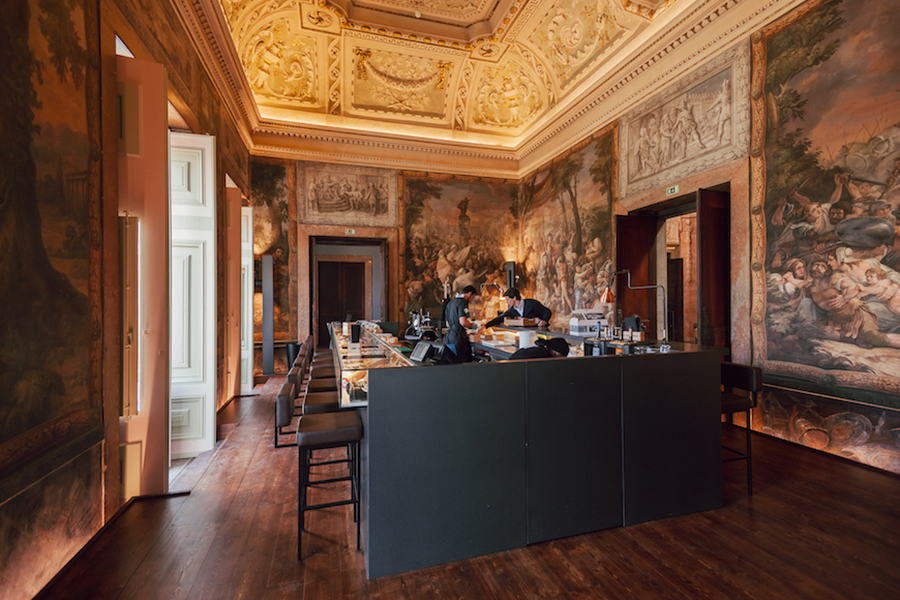 The restaurants range from gourmet hamburger on the ground floor to fine dining on the upper level. The restaurants include Meat Bar by Atalho, Local Chiado by Local, Páteo no Palácio by Páteo do Petisco, Burgers & Feikes by U-try, Espumantaria do Mar by Espumantaria do Cais, Delisbon by Charcutaria Lisboa and Sushic Chiado by Sushic. Tuija Seipell. 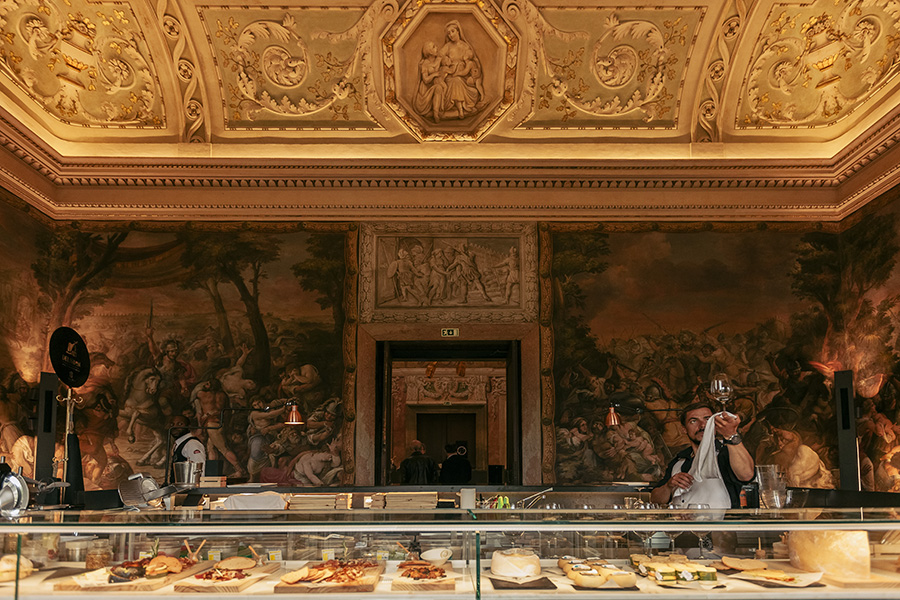