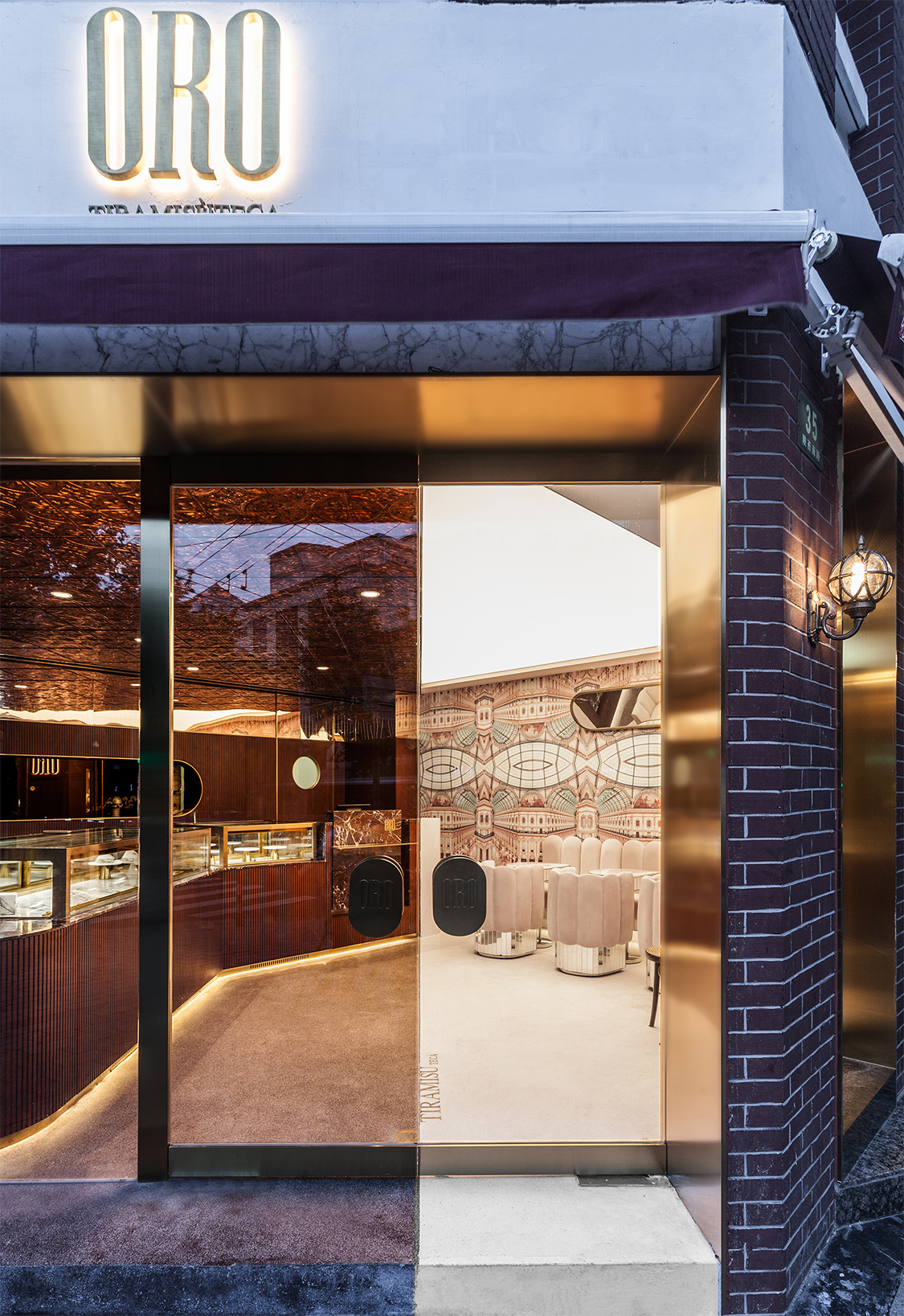 Arches and rounded corners, shiny brass, pink velvet upholstery, black marble – these are ingredients we have seen in numerous projects before.

But it is always a delight when a concept that is characterised by that elusive mix of old-school opulence and trendy modern touches actually works. 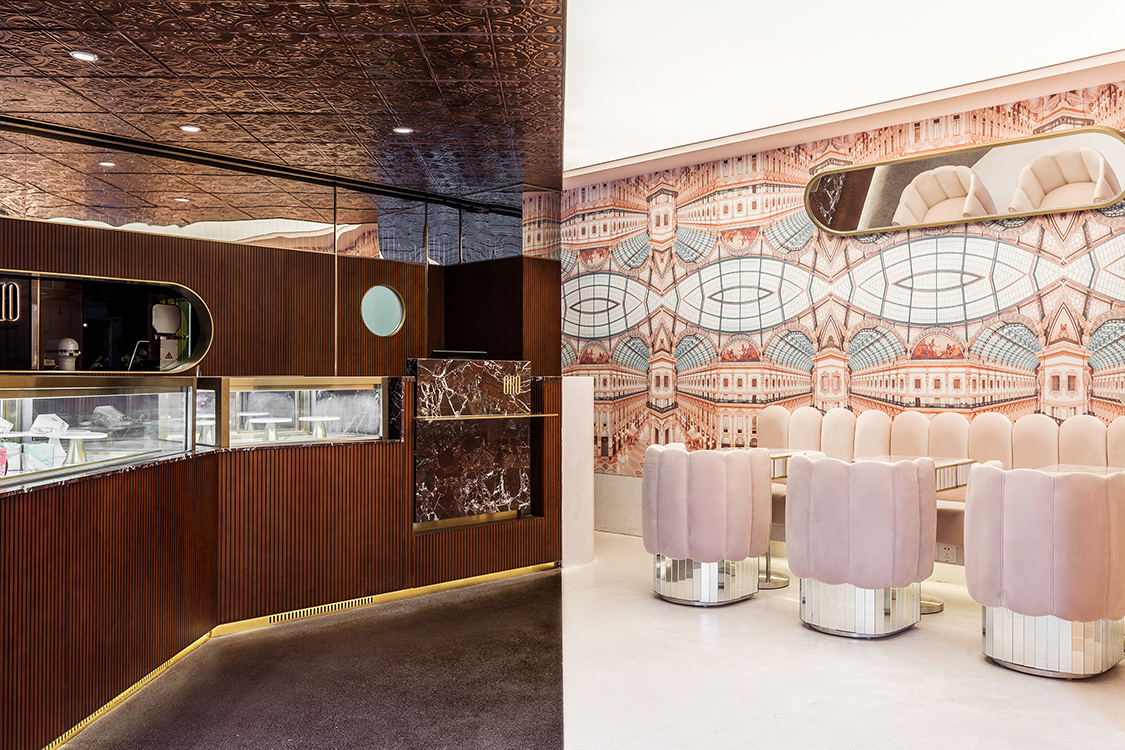 Such is the case with ORO Tiramisu café in Shanghai. It was designed by Shanghai-based Nong Studio well versed in retail and hospitality design.

The 55 square-meter (592 sq. ft) café is the first physical outlet of an Italian-oriented brand that specializes in homemade tiramisu, the sweet, layered dessert of ladyfingers (savoiardi) dipped in coffee. 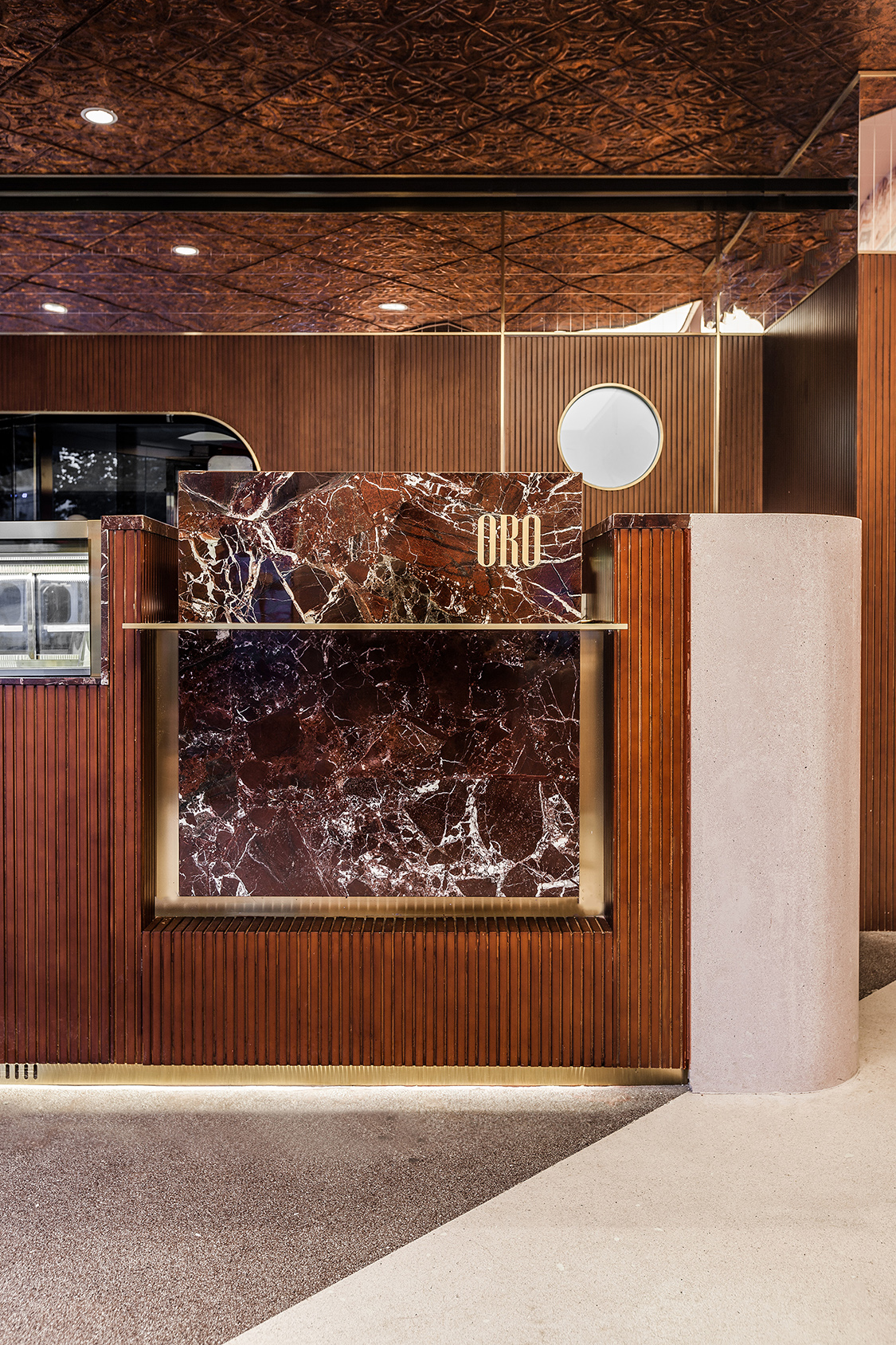 Both Chasing Wang and Luca Lanotte are graduates of the Double Design Degree at the School of Design of Politecnico di Milano and College of Design and Innovation of the Tongji University in Shanghai.

Wang tells The Cool Hunter that the founder of the brand brought his grandma’s tiramisu recipe from Italy and found Chinese investment partners to make sure the Chinese market learns to love the “real” Italian tiramisu. 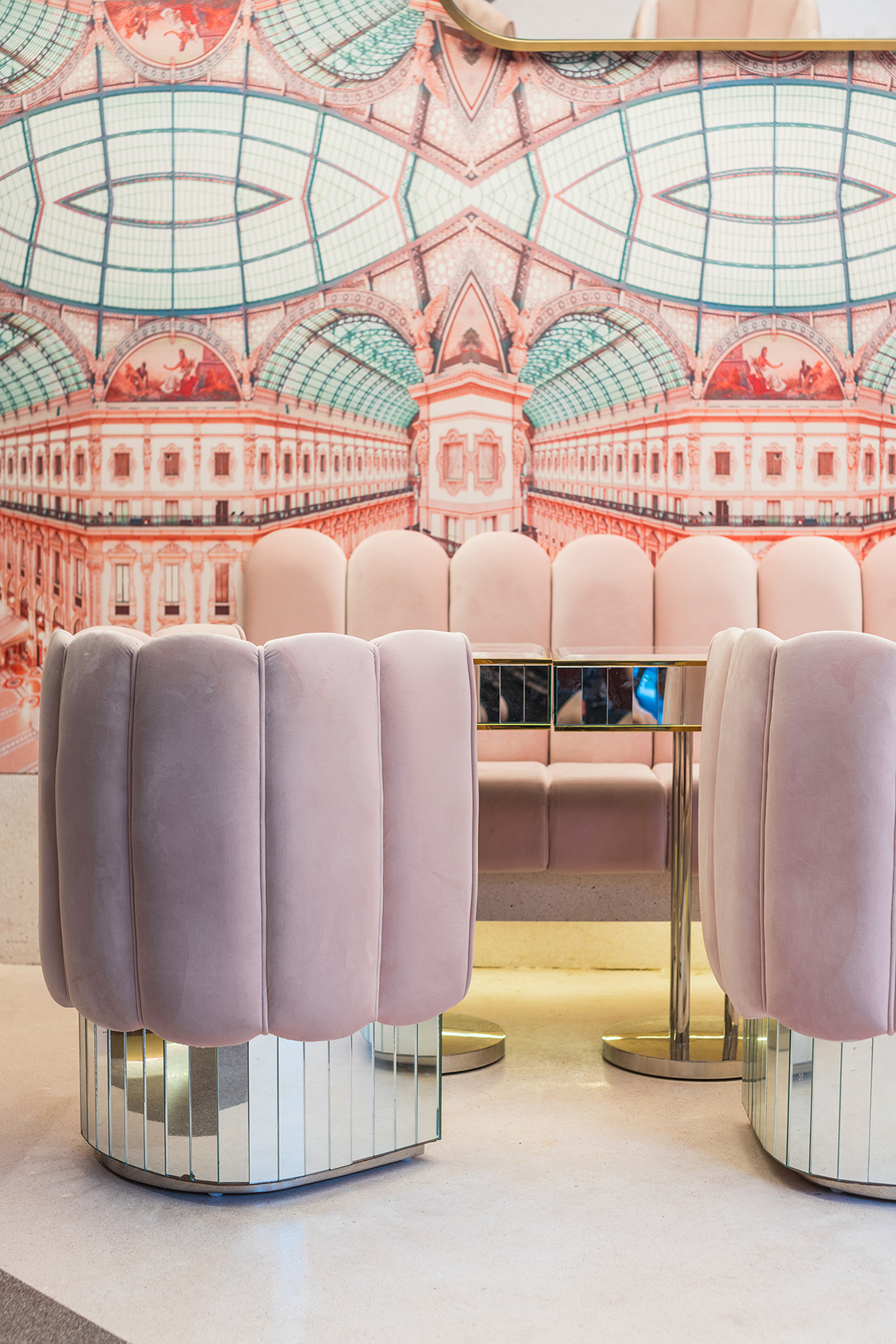 “They started from online sales, and got a great reputation from many celebrities like the Danish rock band Micheal Learns To Rock and domestic icons,” says Wang.

Nong Studio’s work with the concept started with the logo and visual identity design. In the brand’s first physical store of only three tables, ladyfinger-shaped sofas upholstered in soft, dusty-pink velvet are reflected in mirrors and highlighted by contrasting black marble.

The most striking physical feature of the space is the wallpaper illustrating Milan’s oldest active shopping mall Galleria Vittorio Emanuele II that opened in 1877. 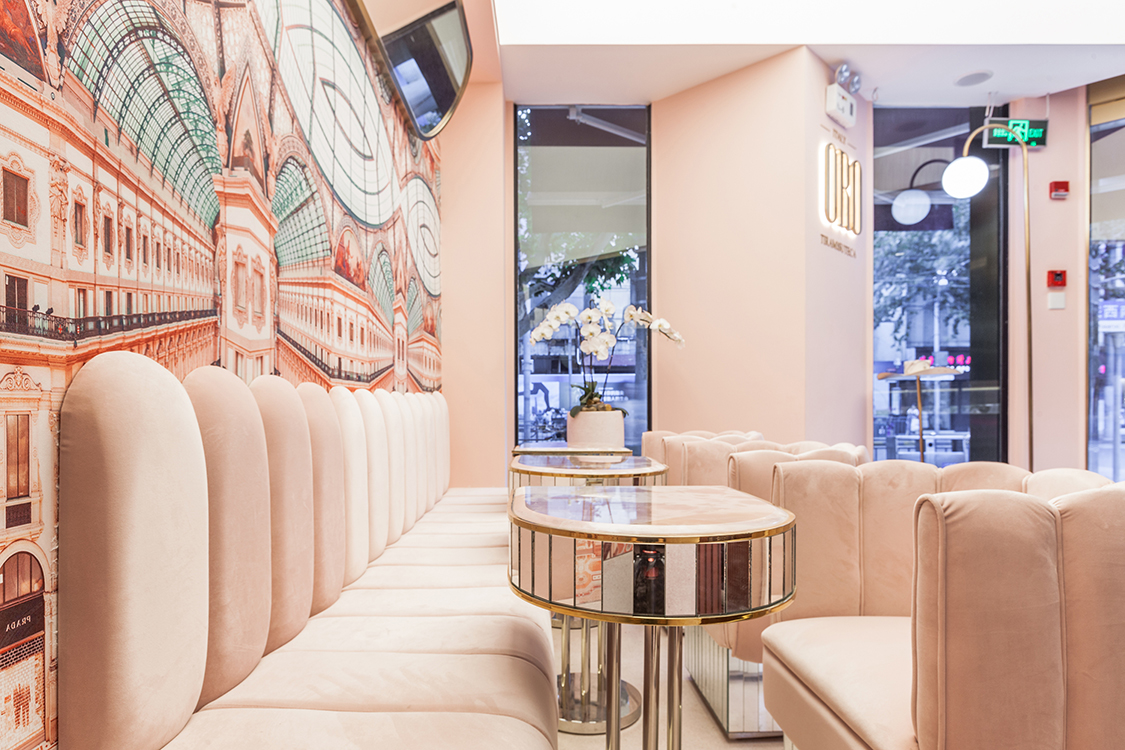 The cafe is located in a former French Concession area on Jinxian Rd in Xuhui District in a historic, seven-storey red brick building that has recently been renovated.

ORO Tiramisu cafe is now in its trial period with the official grand opening scheduled for end of July. Tuija Seipell.