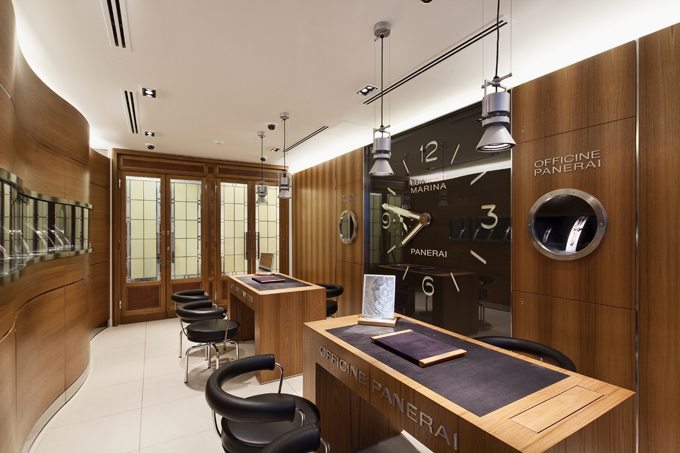 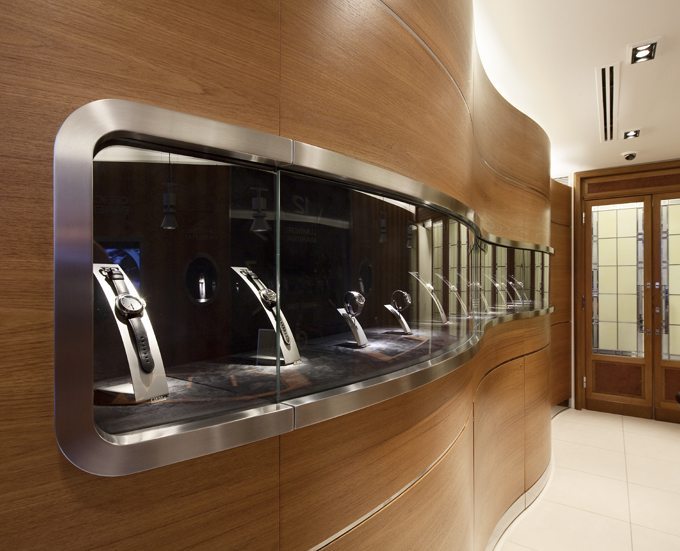 The Italian company was founded in Florence in 1860 by Giovanni Panerai. It became the official supplier of the Italian Navy and continued to build various precision instruments for the army’s diving corps. Panerai remained relatively unknown in the civilian world until its bulky watches were brought to popular attention by Sylvester Stallone who wore a Panerai Luminor watch during the shooting of the movie Daylight in Rome. Stallone then ordered and signed a special batch of the watches called Slytech. He gave them to his friends, including Arnold Schwarzenegger. Stallone has since worn many Panerais, including the largest Panerai wrist watch, the limited-edition Panerai Egiziano, with a face that is 60mm in diameter.
The interior of the 41 square-meter Parisian boutique echoes Panerai’s naval traditions by emphasizing precision and quality, and featuring such materials as teak and steel. – Bill Tikos