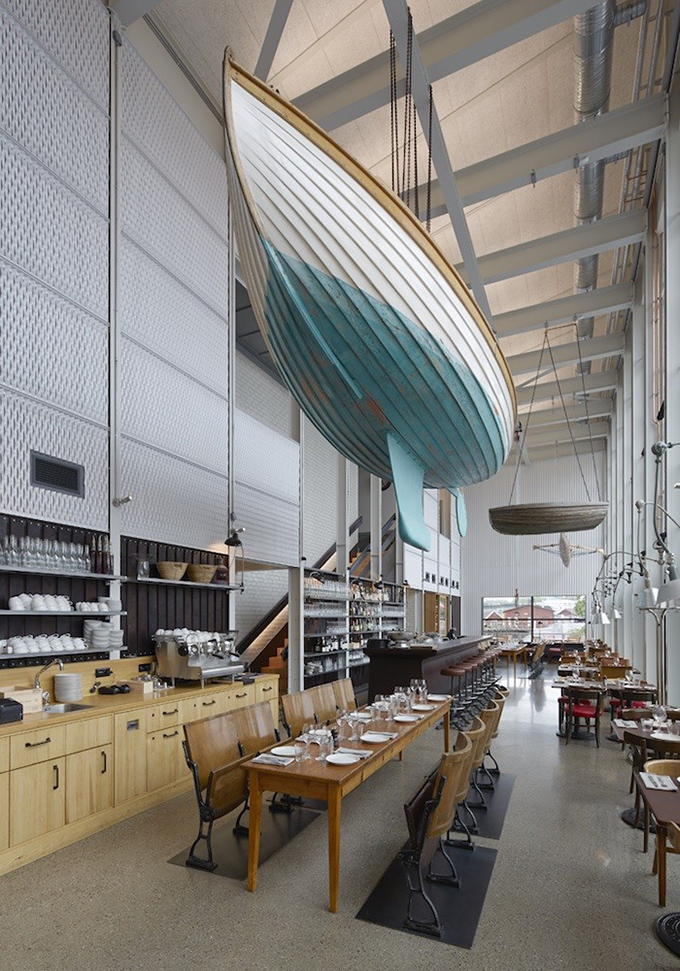 Swedish restaurateurs Magnus Ek and Agneta Green started their entrepreneurial careers in 1994 as they rented the small Oaxen Skärgårdskrog restaurant in Stockholm’s archipelago. They taught themselves the ins and outs of wine, food and fresh ingredients, eventually bought the restaurant and started to gain a steady reputation. 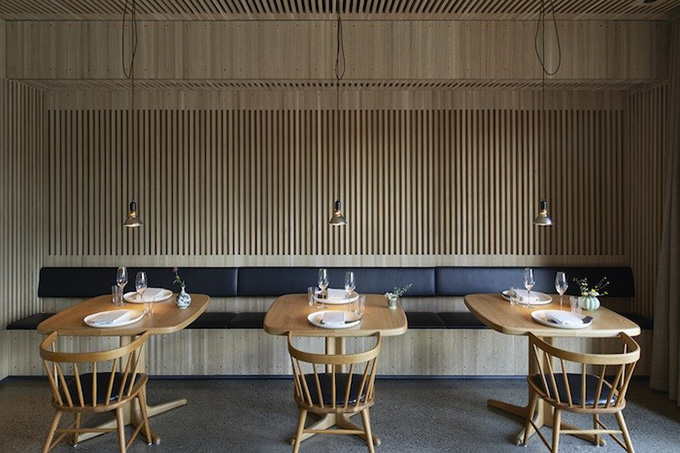 But the Swedish winters being what they are, the archipelago location was open only part of the year. Forward the clock from that to last year, and the grand opening of Oaxen Krog & Slip, their brand new corrugated-metal framed and so beautifully aged twin establishments, right at the old shipyards on the island of Djurgården in Stockholm’s city centre. 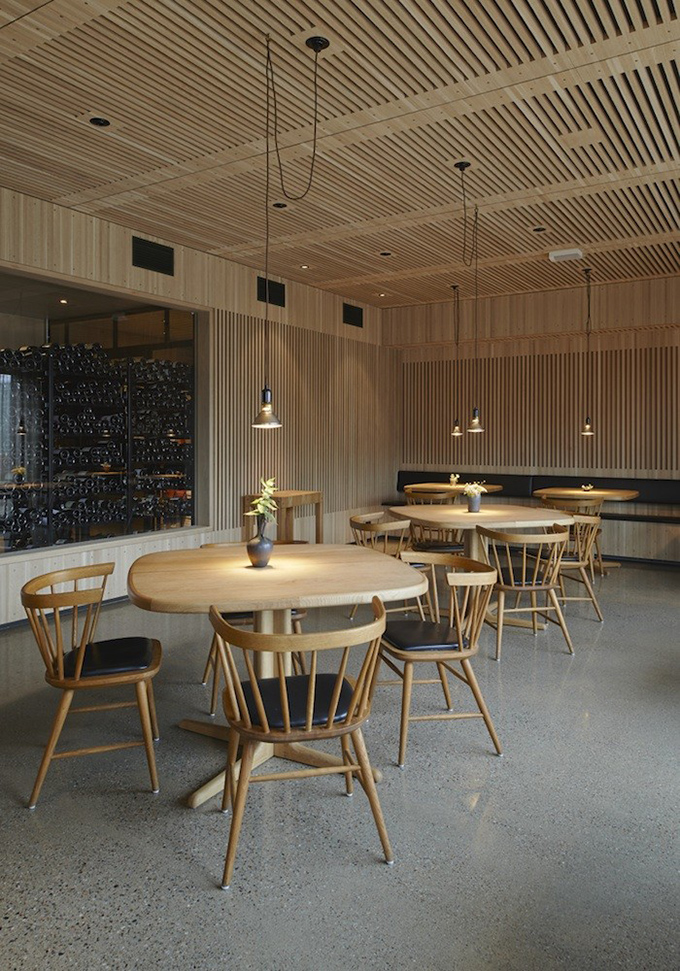 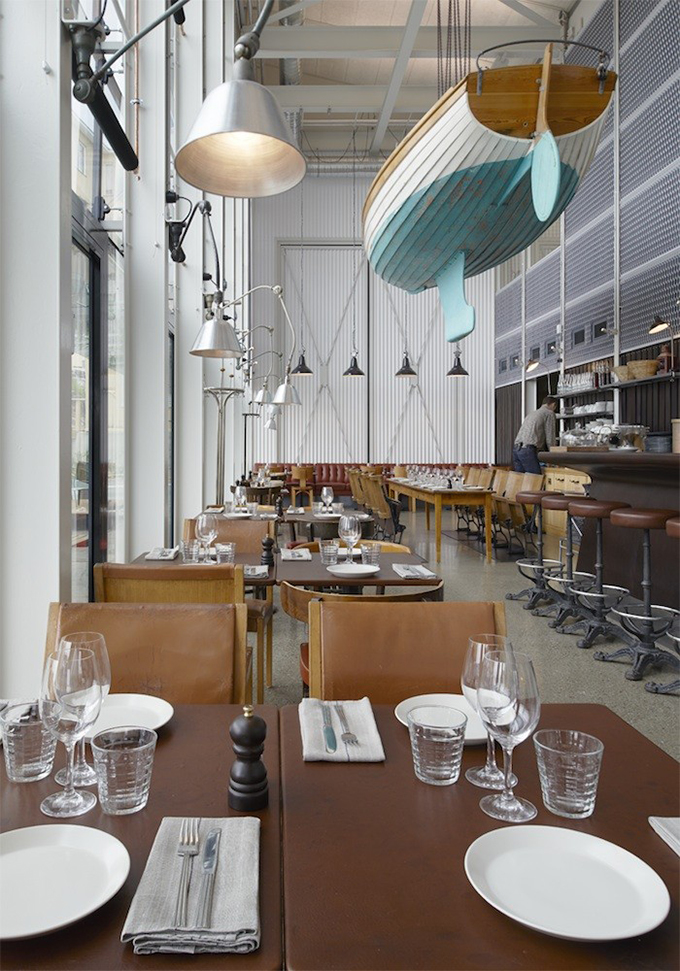 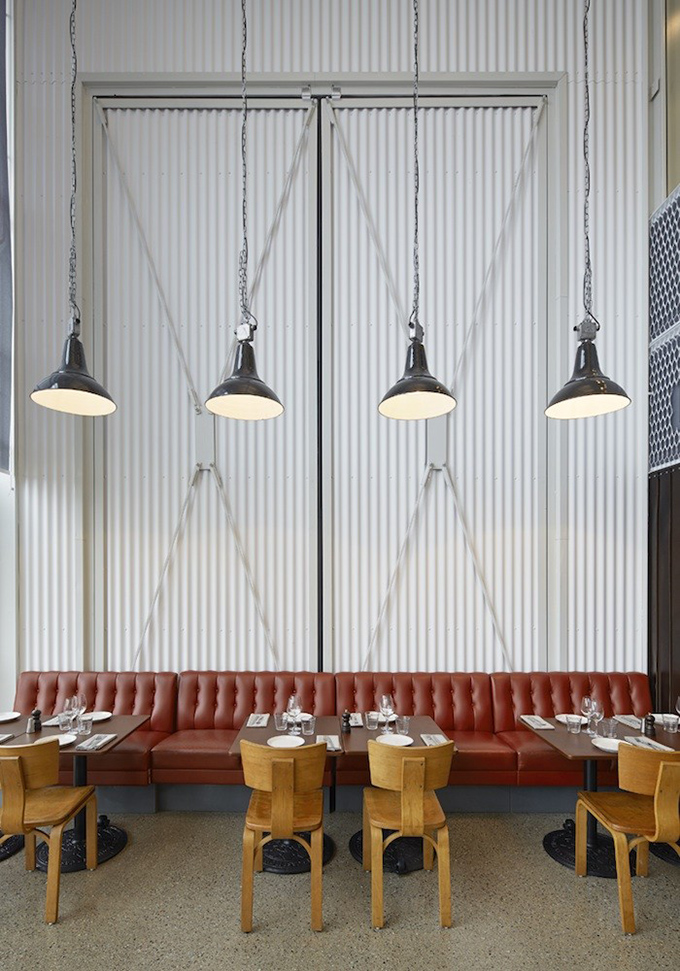 Krog is more of a dining room and Slip a bistro. Our absolute favourites in Slip are the lovely finds dating back to fairly recent Swedish history – the wooden 1905-built craft in the ceiling and the single scull from 1920s. The old Swedish school desks, theatre-seating and repurposed tableware create a uniquely welcoming and familiar feeling. 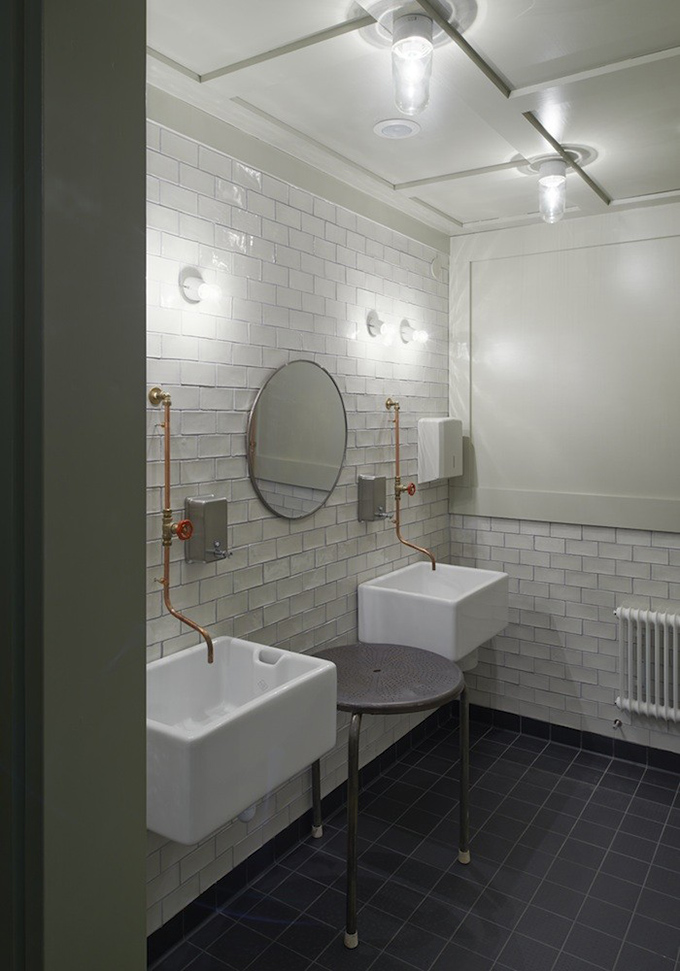 Oaxen Krog is a bit more formal but seats only 35 and therefore retains an intimate atmosphere. Slatted oak covers the walls and ceiling , and the chairs dating back to the 1950 but still in production by the Swedish Wigells surround the tables custom-crafted by shipyard carpenters. As e the smart city set dines on organic fare, we think we can hear some Swedish Old Salty in his blond beard and blue eyes singing a melancholy song or two about the rough-but-oh-so-wholesome life on the cold shores of Sweden. – Tuija Seipell. 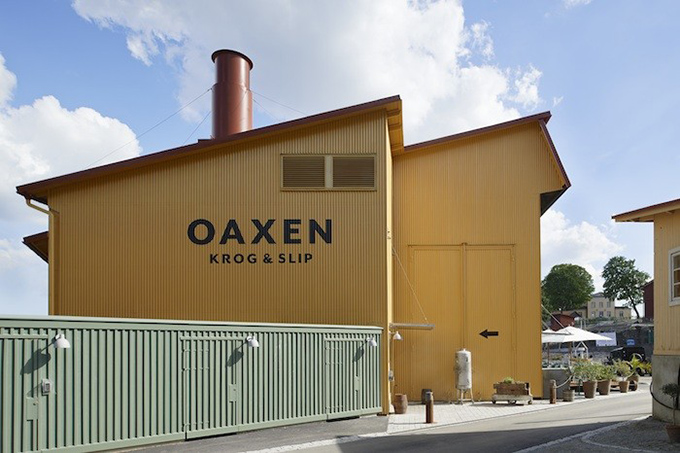