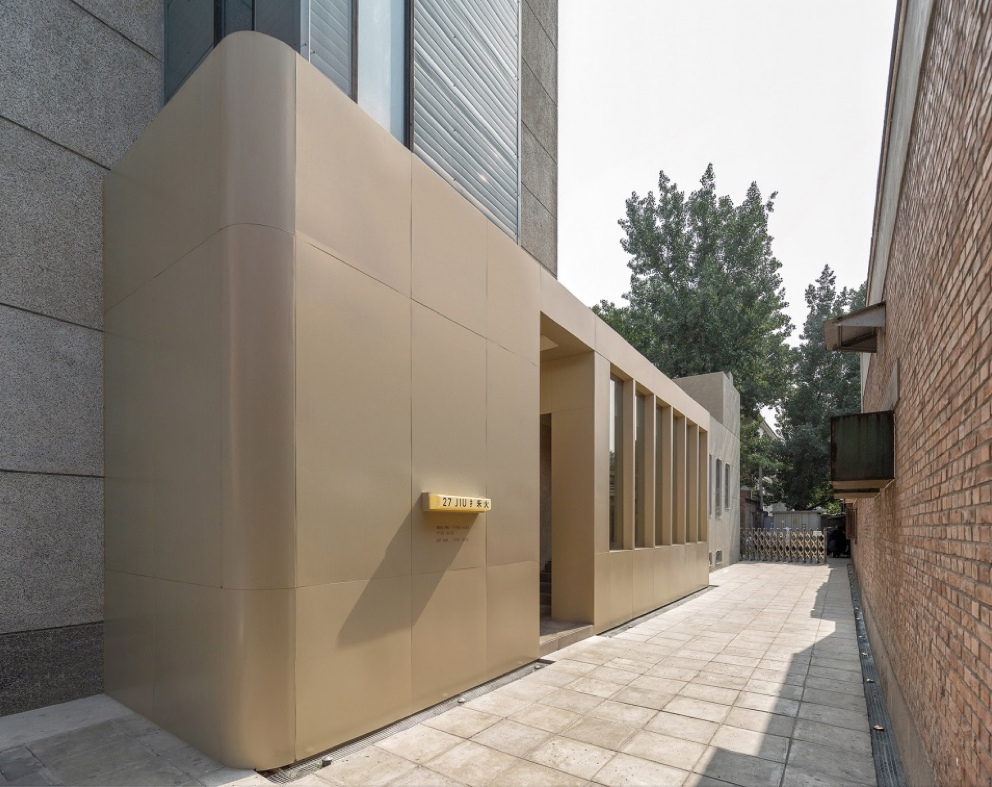 South Sanlitun, Beijing-based DTWZ Studio has converted a 1960s former government canteen in their own neighbourhood into a restaurant that is both brutalist and soft.

This unusual combo effect was also the goal of the designers. They wanted to preserve some of the communism-inspired hardness while introducing a mellower, muted overall mood. 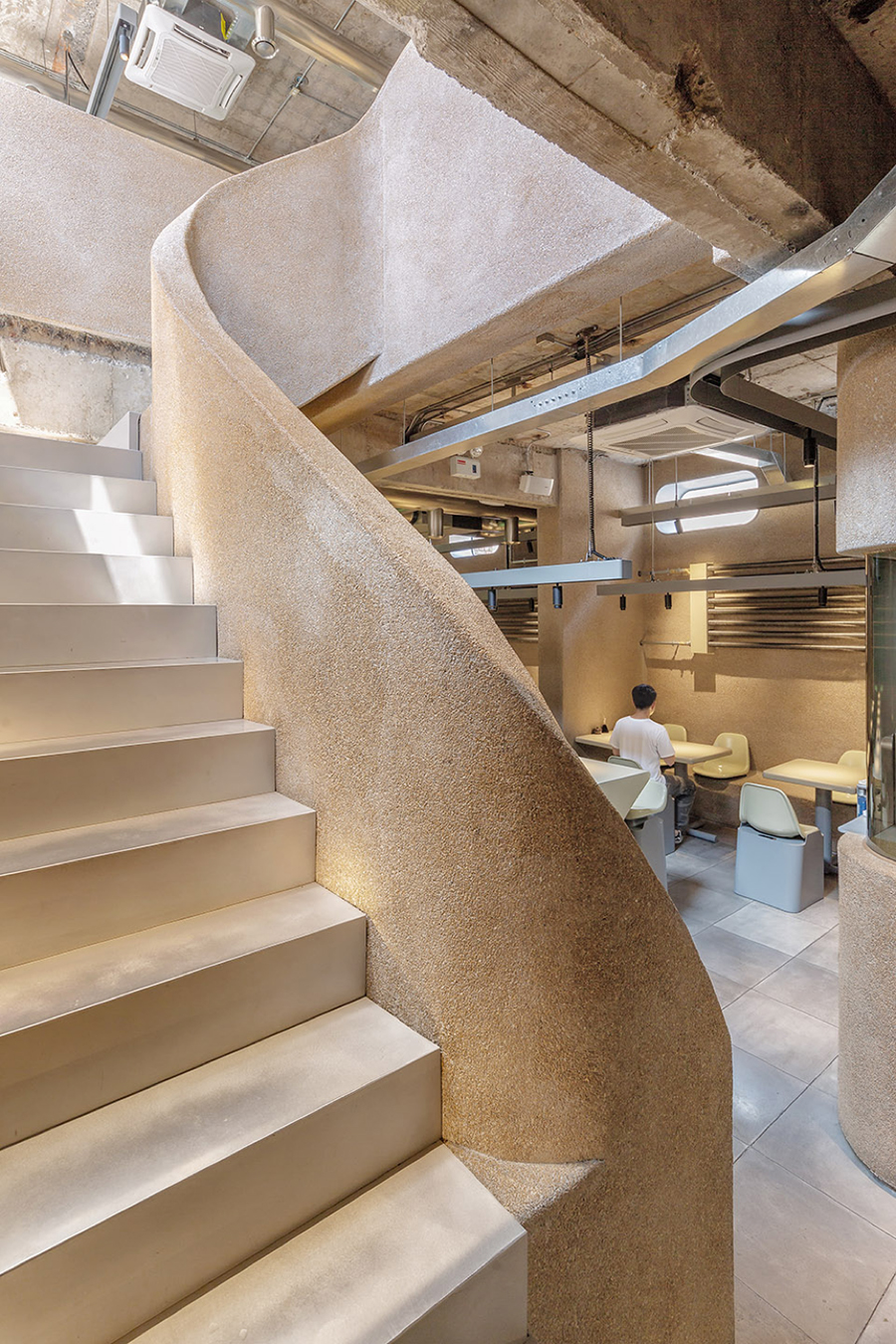 The 268 square-metre (2,885 sq.ft) restaurant spans two floors; one on street-level and the other below ground. It is located in a courtyard in the southern part of Sanlitun in the Chaoyang  District of Beijing. 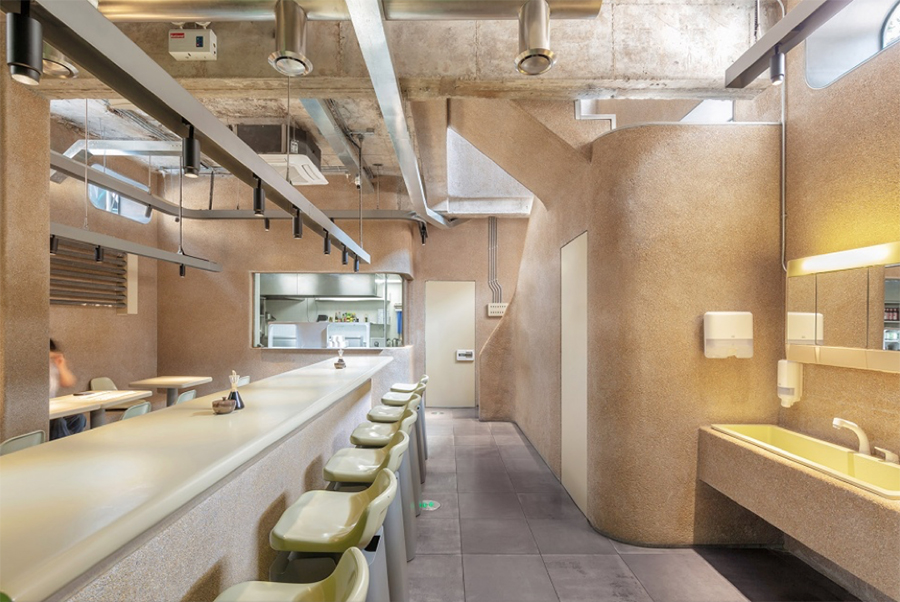 In the late 1950s this area became the designated district for foreign embassies and expatriates but it  has since transformed itself into a popular area for shopping , entertainment  and nightlife. 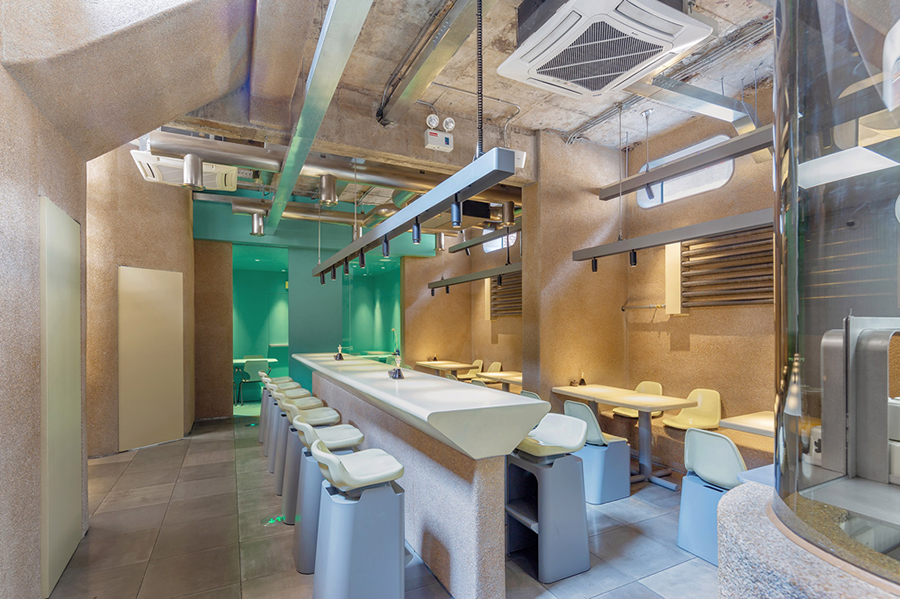 One of our favourite features of 27 Shouhehuo Restaurant is the new extension attached to the façade that completely alters the appearance of an otherwise boring concrete entryway. 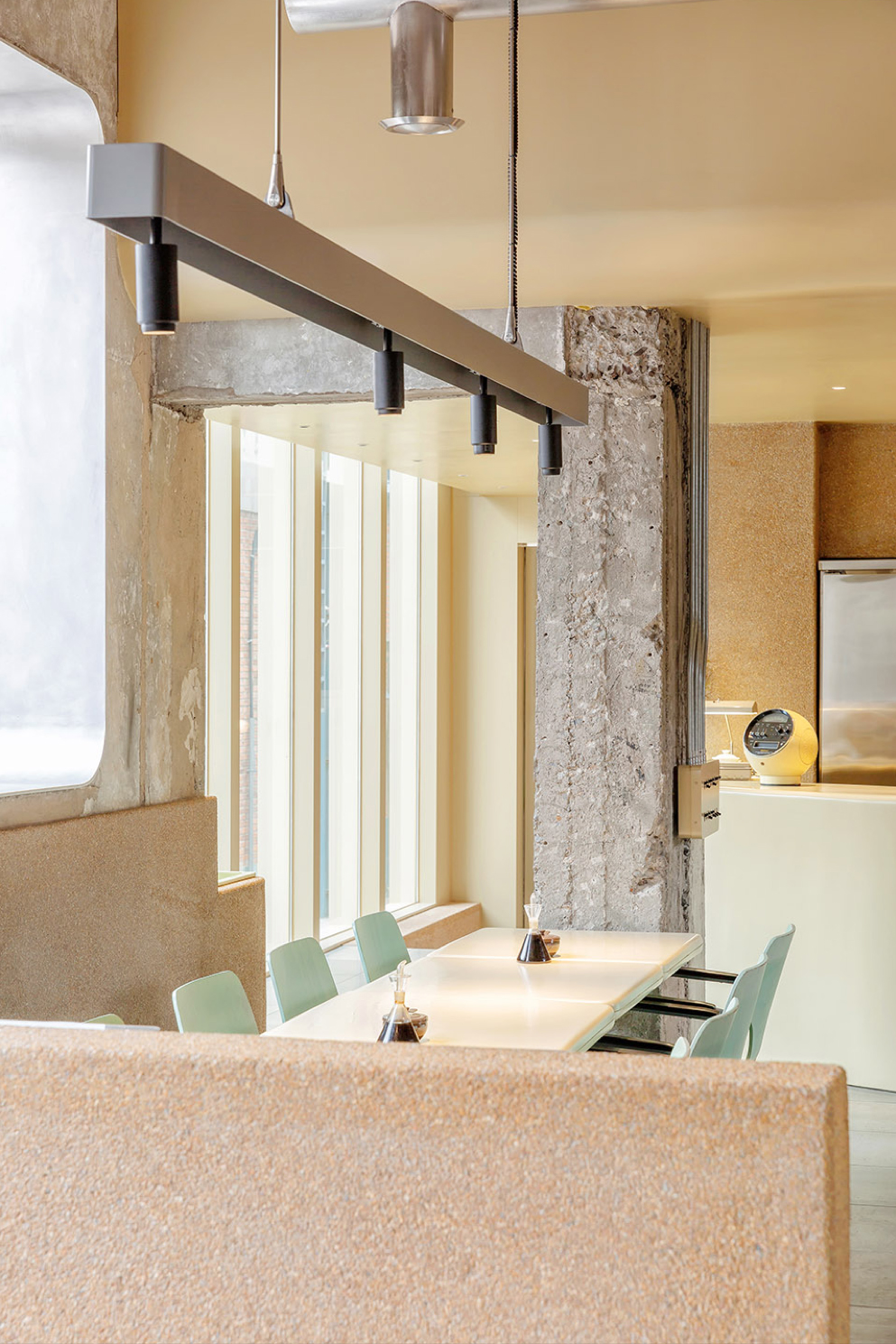 We also like the variety of iterations of mass-produced, customized seating. Some are basic seats in a muted pastelly green with skinny dark-metal legs. Others have bulky bluish bases and molded pale yellow seats that make us think of tractor seats. 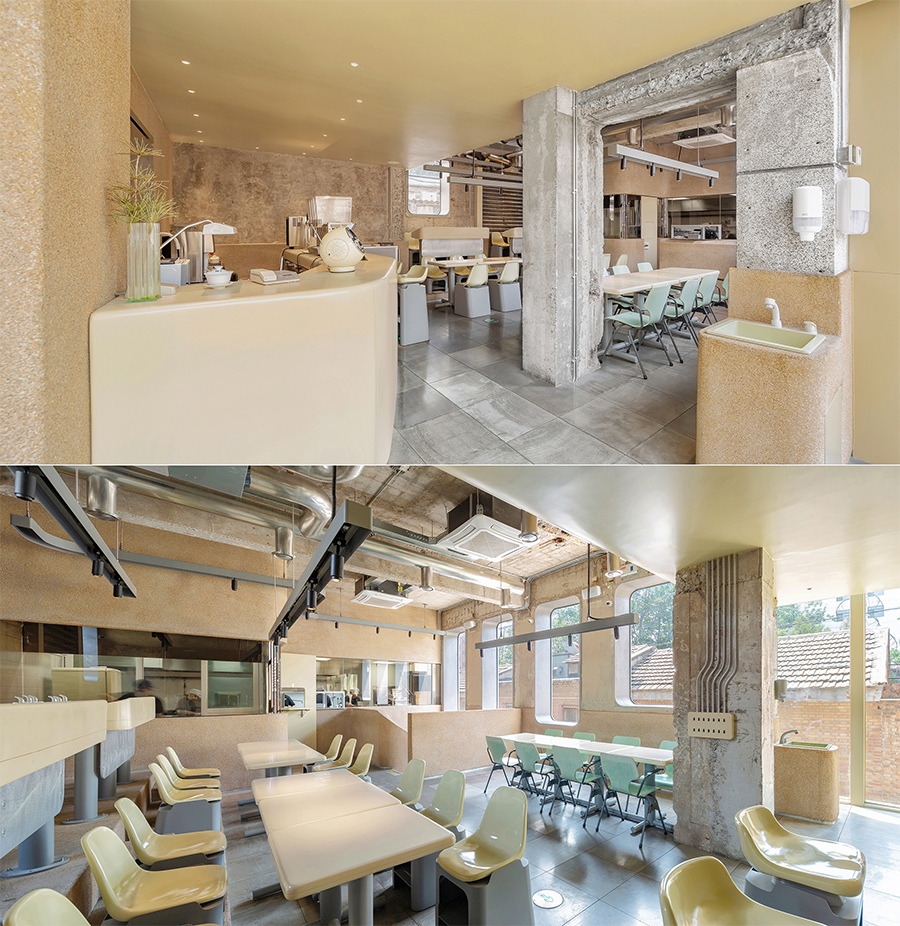 The mix of rounded, new concrete shapes with ripped and old, exposed concrete walls is a great accent that isn’t overdone. 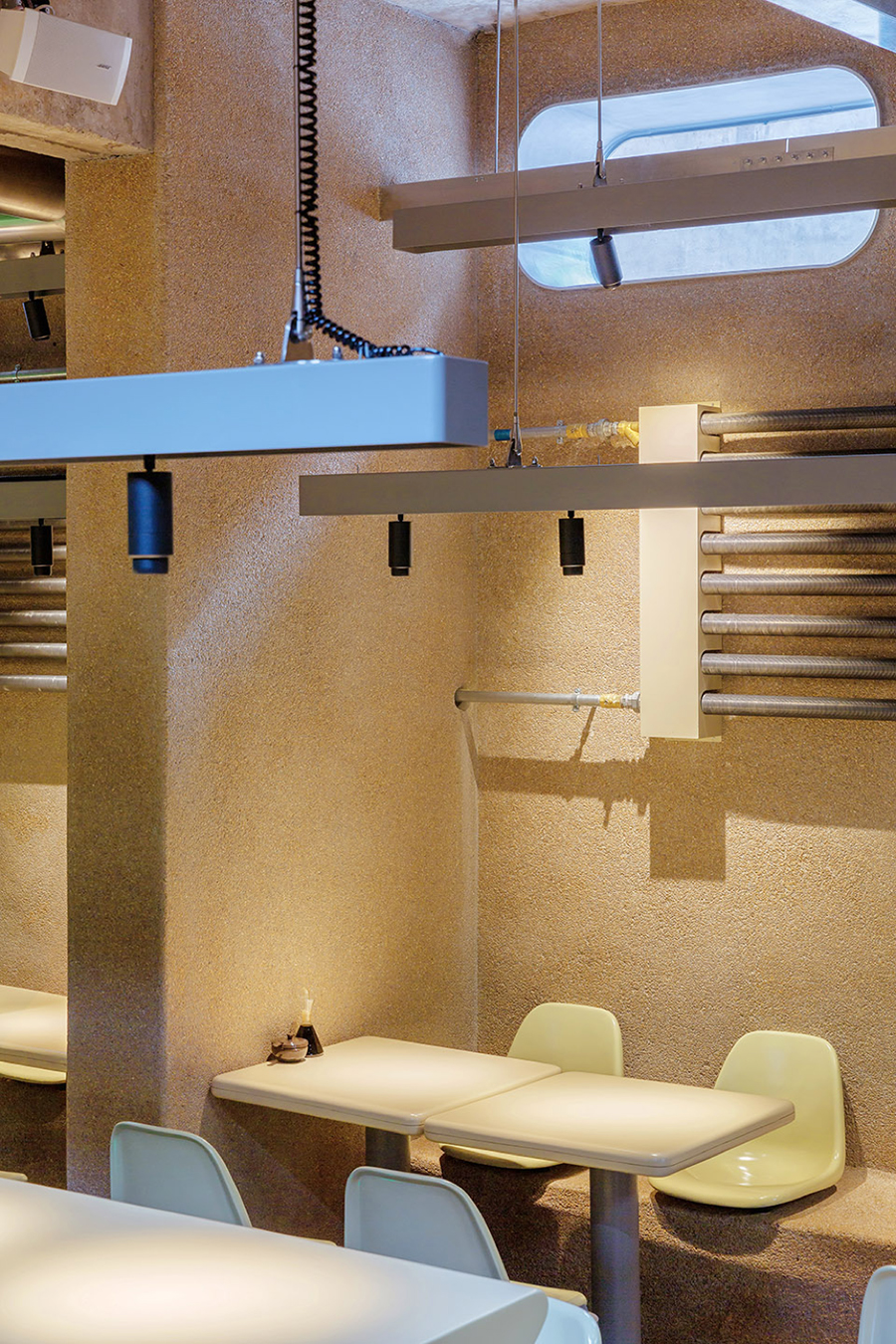