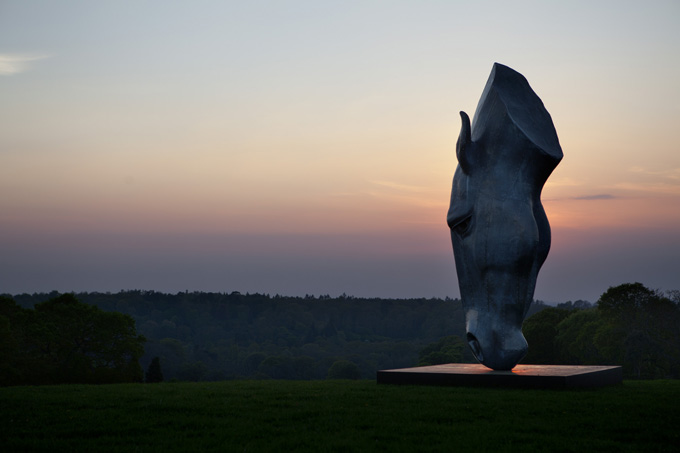 We were introduced to Nic Fiddian-Green’s heart-stopping sculpture this July when we stayed at Castello Di Reschio in Umbria, Italy. 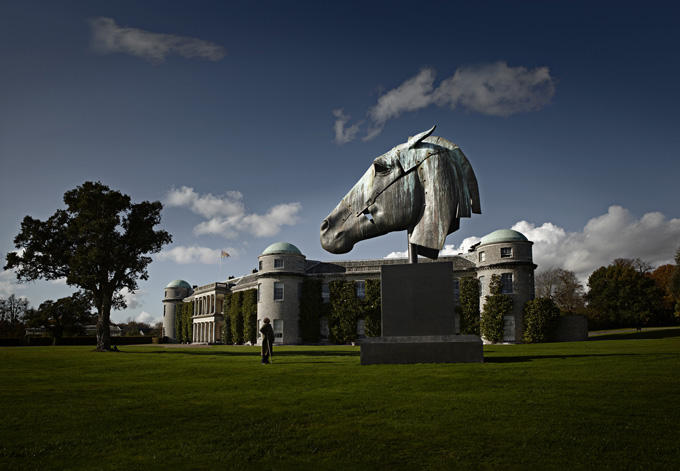 Fiddian-Green was at Reschio, working on a commission for the owner, Count Antonio Bolza. And, of course, the subject matter of his massive sculpture was the horse, in this case Count Antonio’s favourite stallion, Punto, born and bred at Reschio. 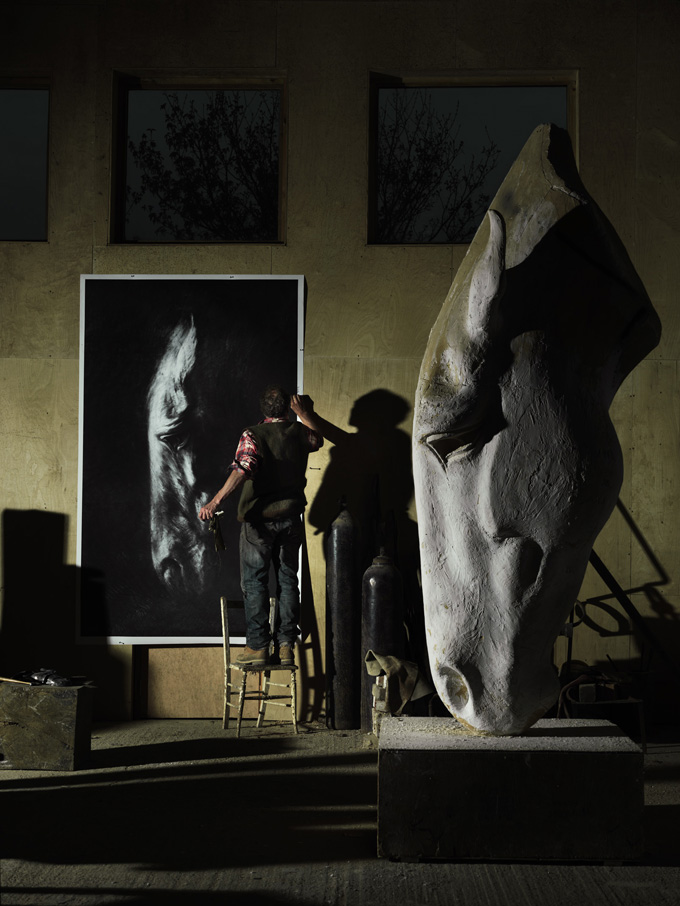 We say ‘;of course’; because the British sculptor, who normally works at his hilltop studio near Guildford in Surrey, UK, has been obsessed with the equine head for nearly three decades. 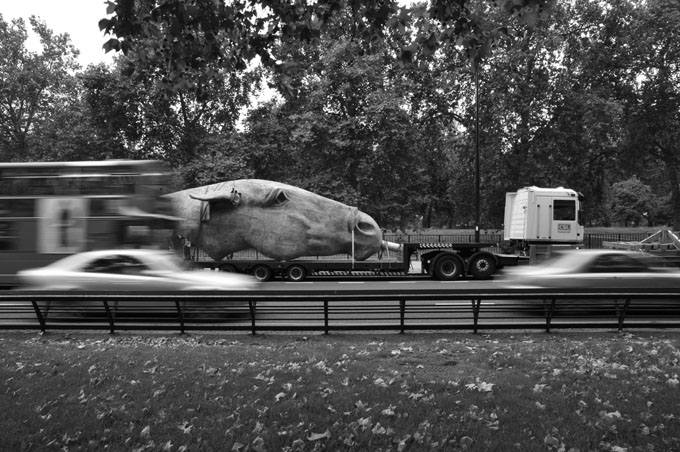 Ever since he saw a fifth-century B.C. carving of the head of a horse of Selene from the Parthenon at the British Museum he has worked at perfecting the form of the horse’s head, as well as mastering the ancient ‘lost wax’ technique. He works in clay, plaster, beaten lead and marble, and he oversees the casting into bronze himself. 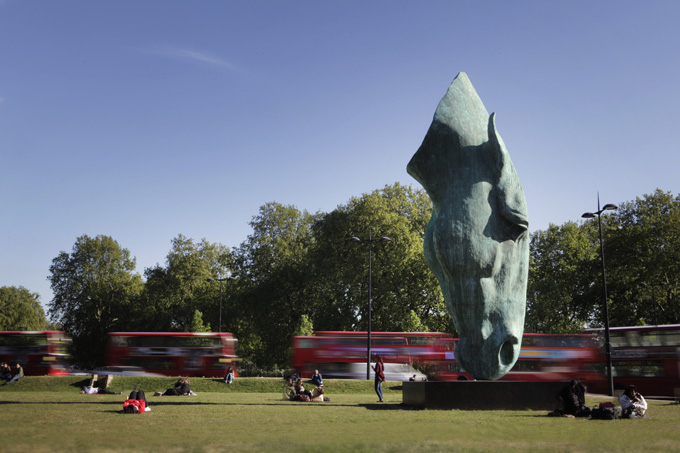 Fiddian-Green’s colossal, classically inspired equine heads are exhibited around the world in prominent locations, including ‘Still water ‘, the 30-foot head of a drinking horse right next to the Marble Arch in London. 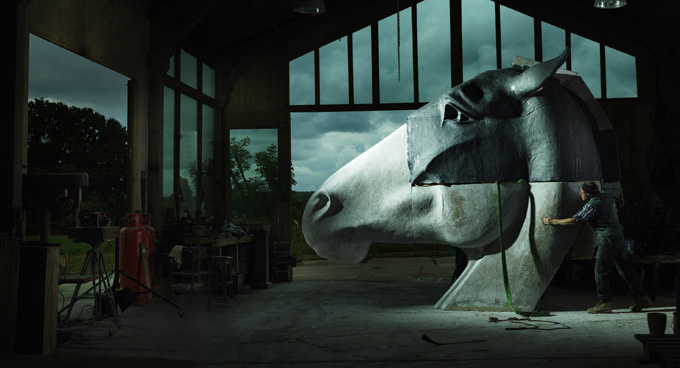 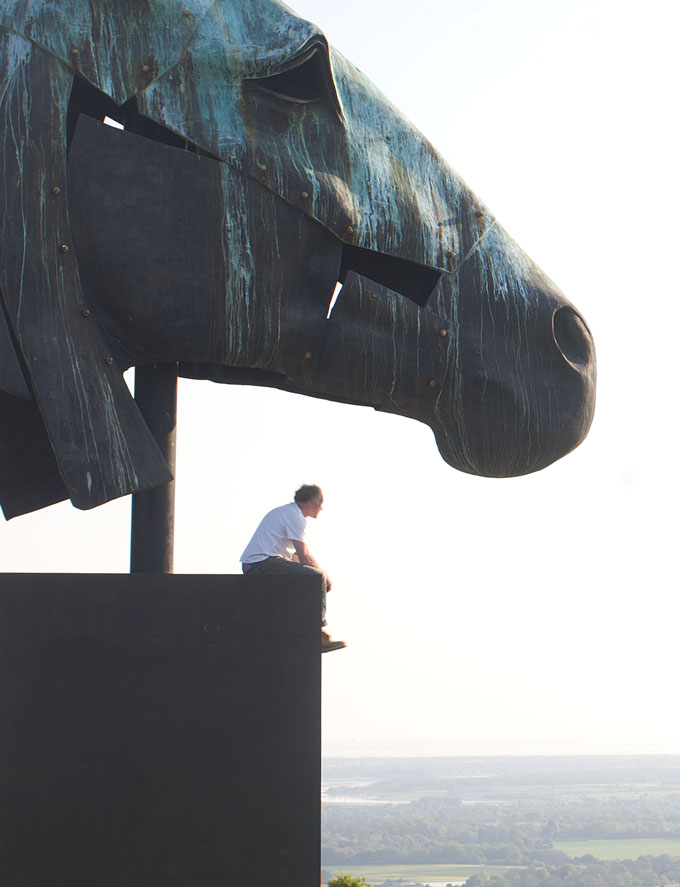 Of his work at Castello Di Reschio, Fiddian-Green said in a statement: ‘;At Reschio, I found new inspiration not only from the study of these wonderful Andalusian horses, but from the light, the smell, the hills, the sense of ancient peace that pervades the land from the days when St. Francis wandered through these hills, and before, way back to the time of the Etruscans. In fact the very air that fills this land upon which Reschio sits has ignited a new fire in my work.’; – Bill TIkos 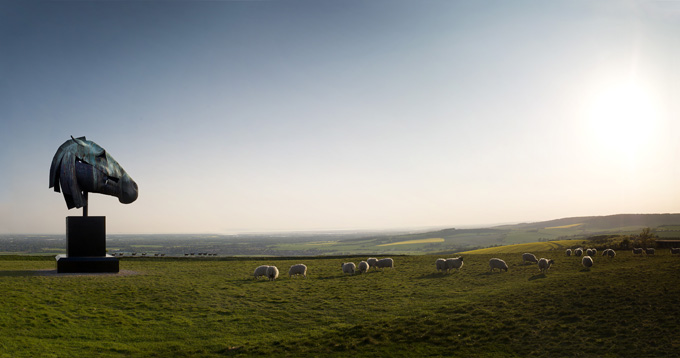