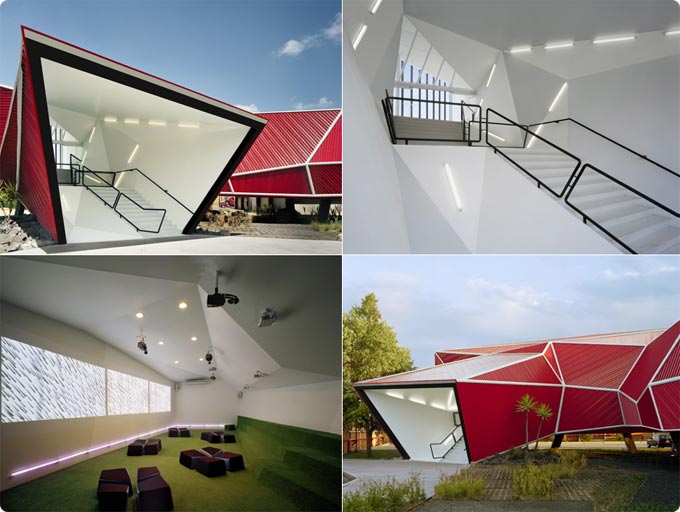 The Nestlé Chocolate factory in Mexico City’s Paseo Tollocan near Toluca has never been a site anyone went to see for its beauty. It is what is inside that has always interested chocolate-lovers.
That changed earlier this year when Michel Rojkind, the 38-year-old principal of Rojkind Arquitectos, decided that he was not satisfied with the original idea of just revamping the factory’s viewing gallery.
He put together a team that came up with an entire museum, with a shop, a theatre, and direct access to the factory as well. The 300-meter-wide scarlet building cannot go unnoticed by anyone driving the entrance freeway to Toluca.
This is by far not the first chocolate museum in Mexico, the ancient home of chocolate. Neither is it the first sweet museum for the Switzerland-headquartered consumer-product behemoth Nestlé.
However, it is probably the first chocolate museum ever to be called both a piece of origami and a shipping container. The corrugated metal look gives it an air of impermanence and industrial clunk while the bright color and crazy shape evoke play and fun. What any of this has to do with chocolate, we are not exactly sure, but we almost managed to fold a KitKat wrapper to a similar shape. By Tuija Seipell