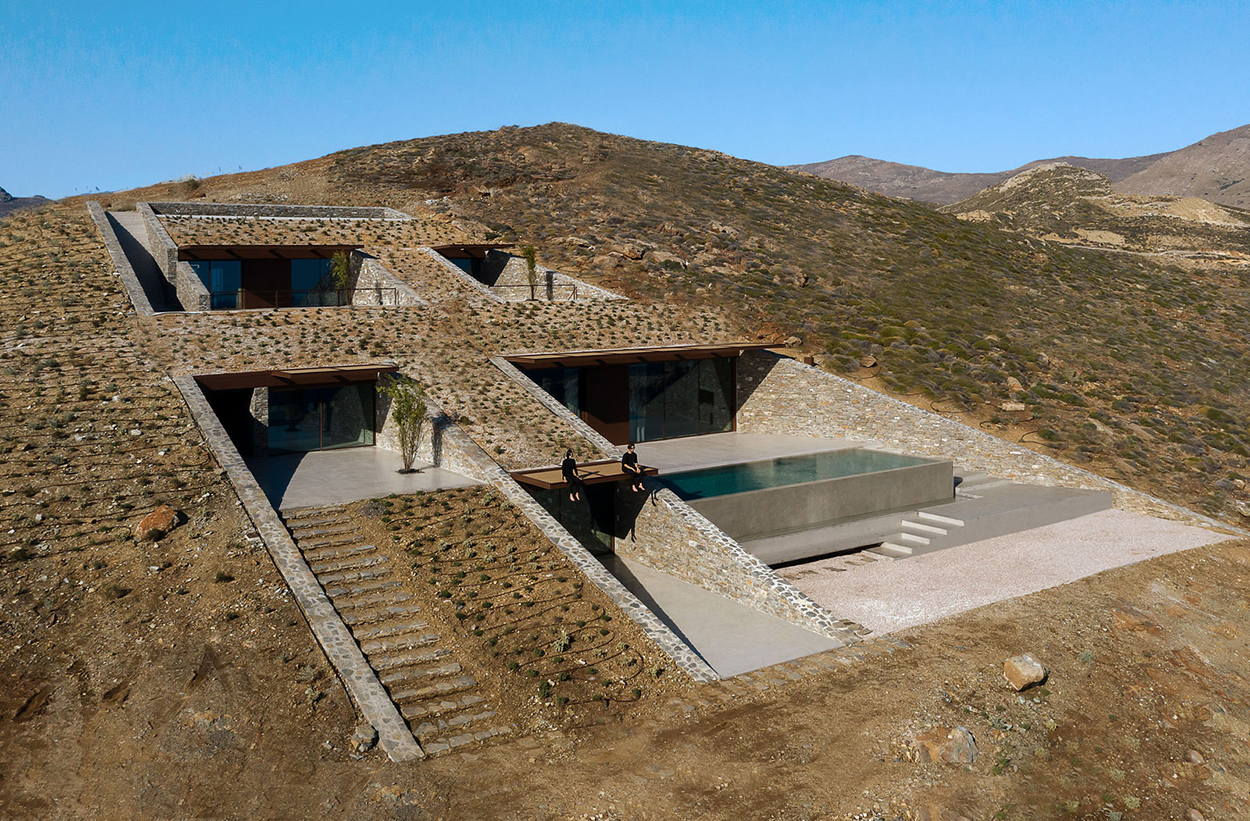 Designed by Athens-based MOLD Architects nCAVED is currently high on our list of genuinely original yet refreshingly unpretentious vacation residences. The drama of the severe rocky landscape is repeated with dramatic skill in the chiselled strictness of the building. 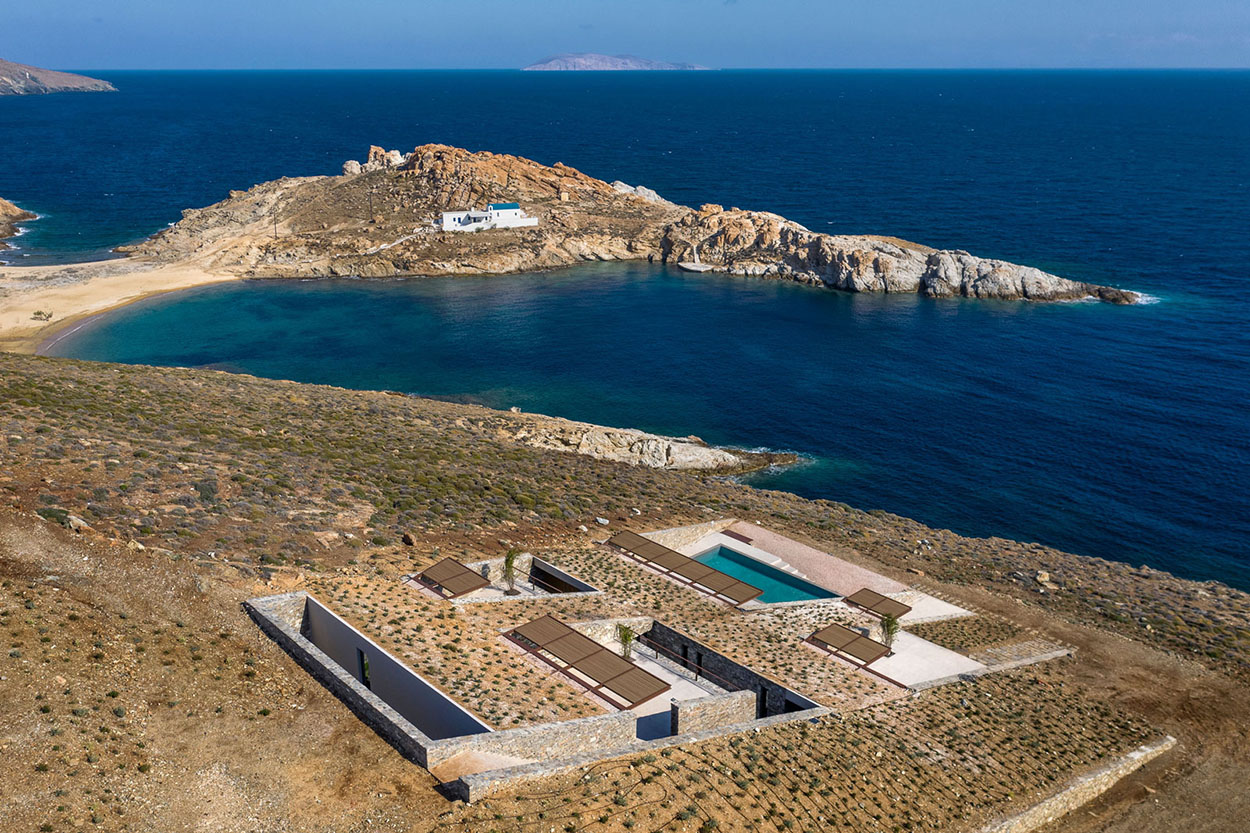 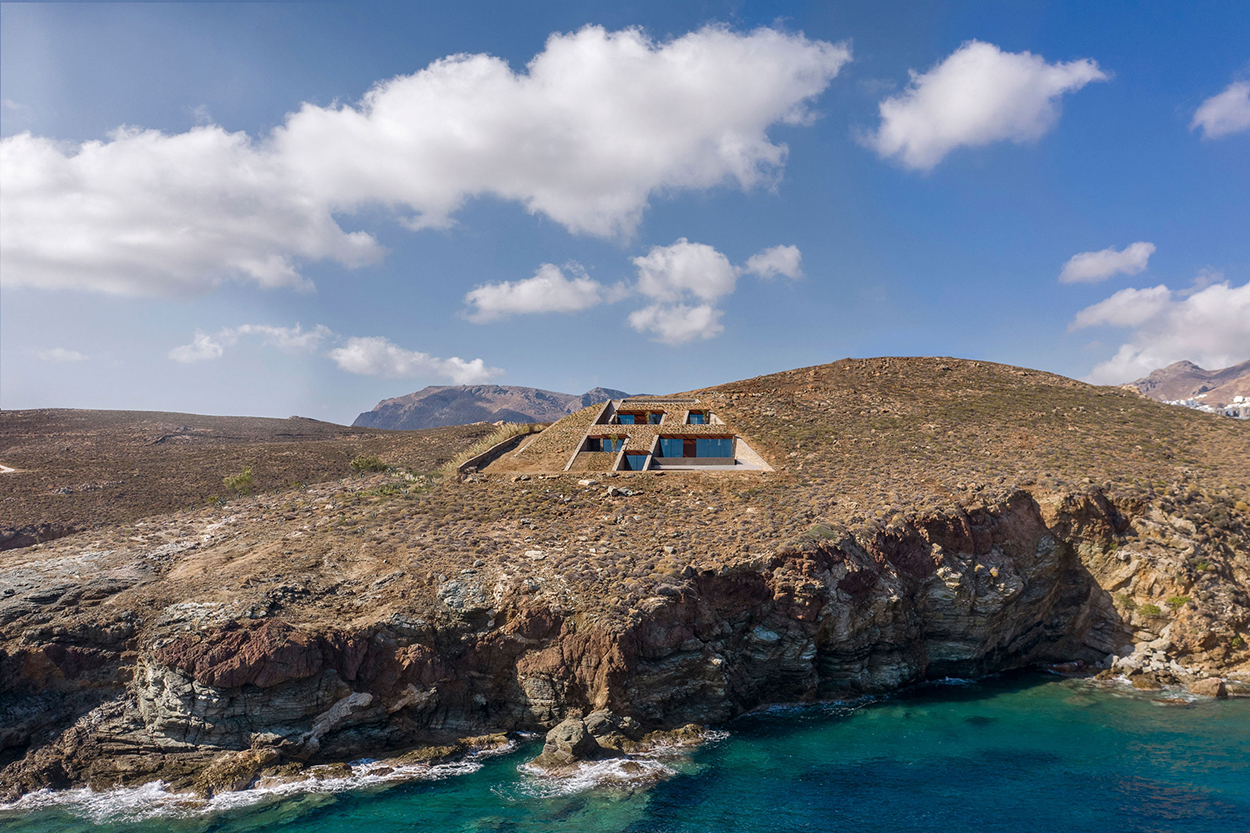 Completed in 2020, nCAVED’s 340 square metres (3,660 sq.ft) of space disappear into the rock in a protected cove on the island of Serifos. From the outside it brings to mind the entrance of a pyramid or tomb. Yet from the inside, the living rooms are filled with natural light and afford spectacular views of the Aegean Sea. The strong northerly winds of the sea were one of the key considerations in the planning process that resulted in a dramatic solution providing both extreme shelter and stunning views. 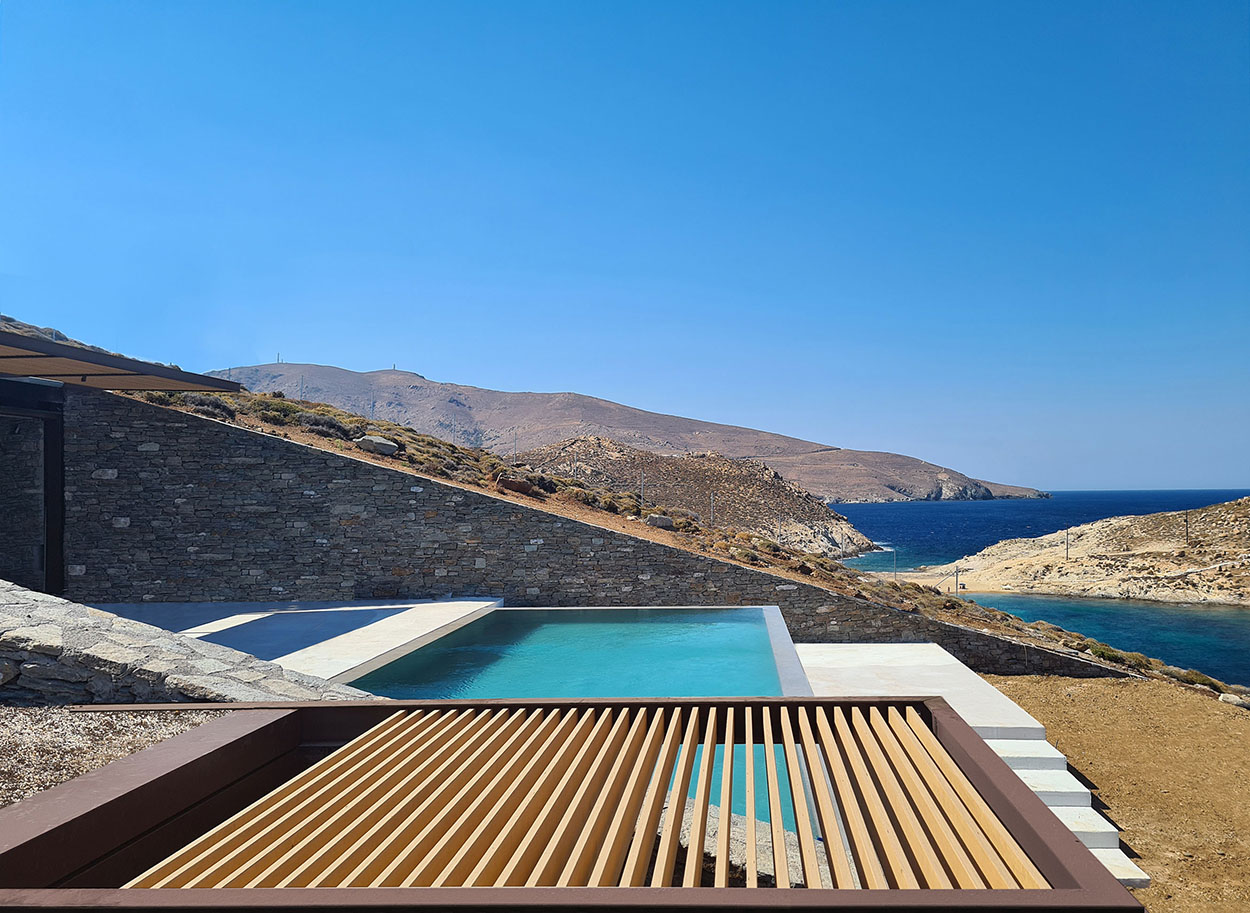 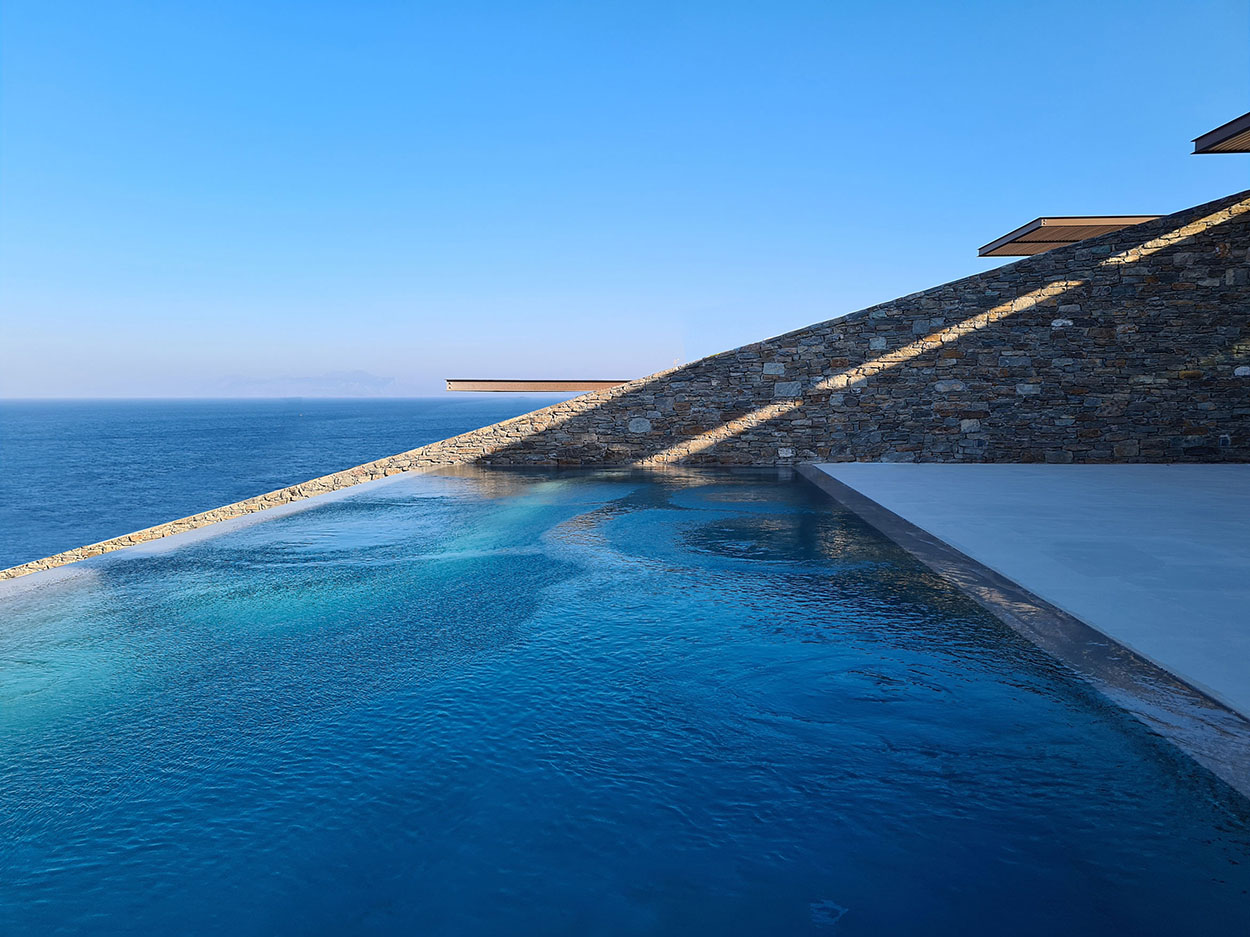 One of the many aspects that drew us to this project is the beautiful use of staircases both inside and out. They are all functional staircases but at the same time they are fabulously sculptural in their minimalistic exactness. They provide meditative drama and calm beauty. 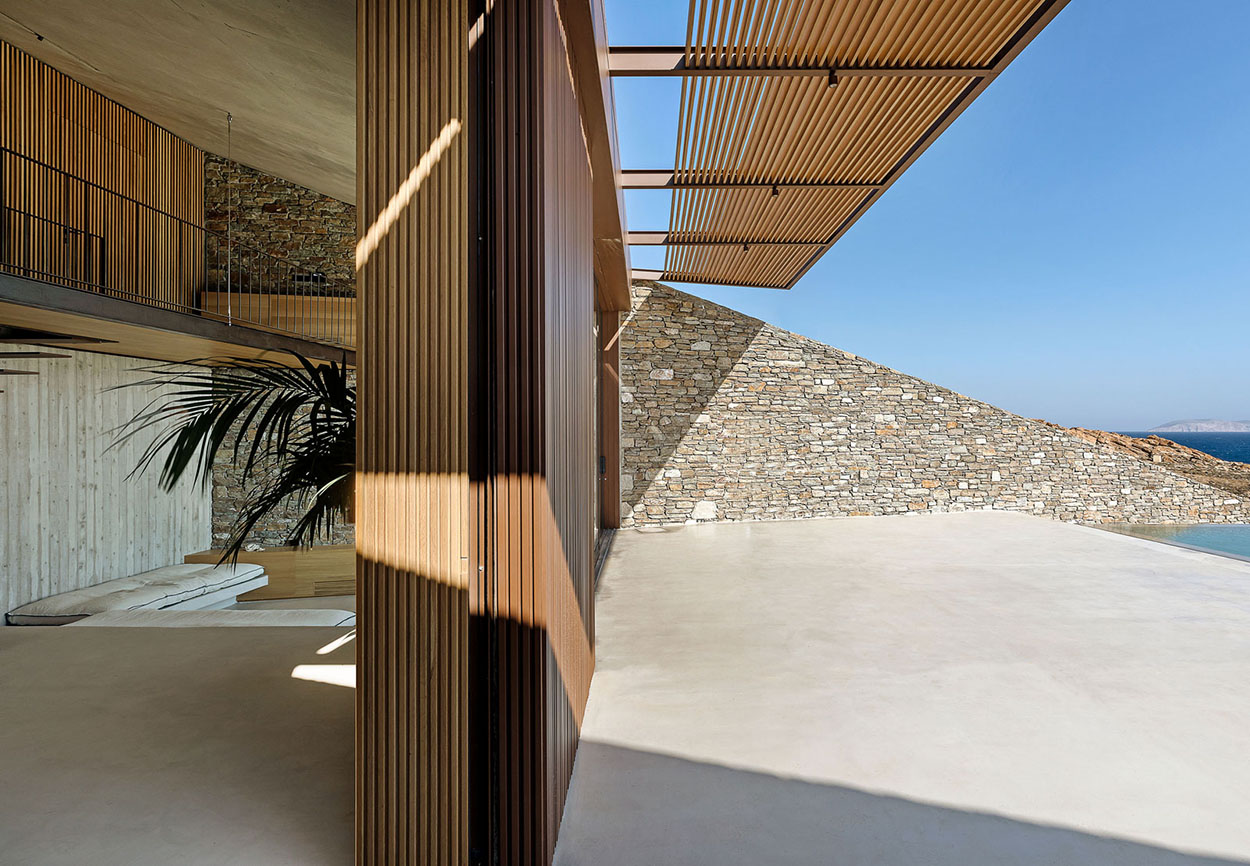 We also love the way the sparse material and colour palettes, and the interplay between horizontal and vertical lines, highlight the changing effect of natural light in the rooms. Light wood slats soften the hardness of concrete, rock, iron and glass. 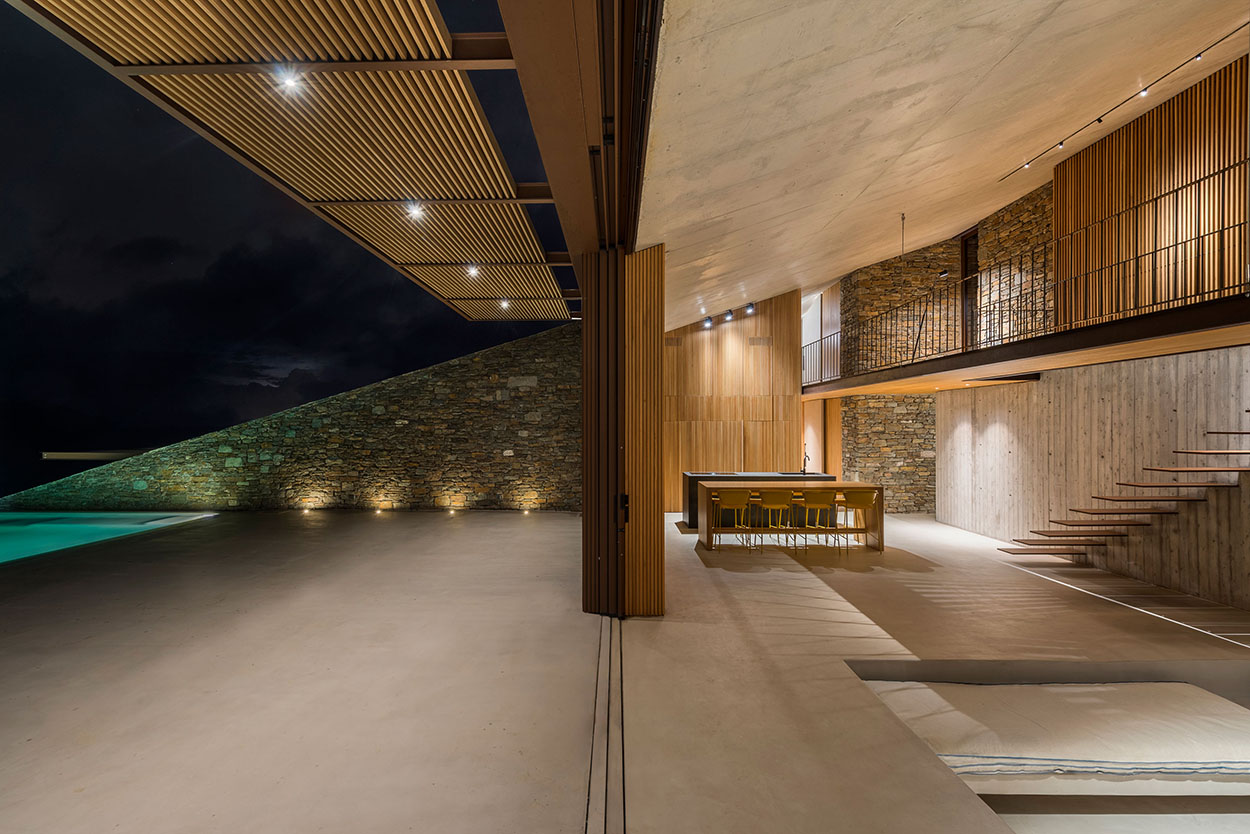 The residence is divided into three levels: bedrooms that are connected to the living rooms, and an independent guest quarters. An outside staircase connects the three levels at the main entrance. 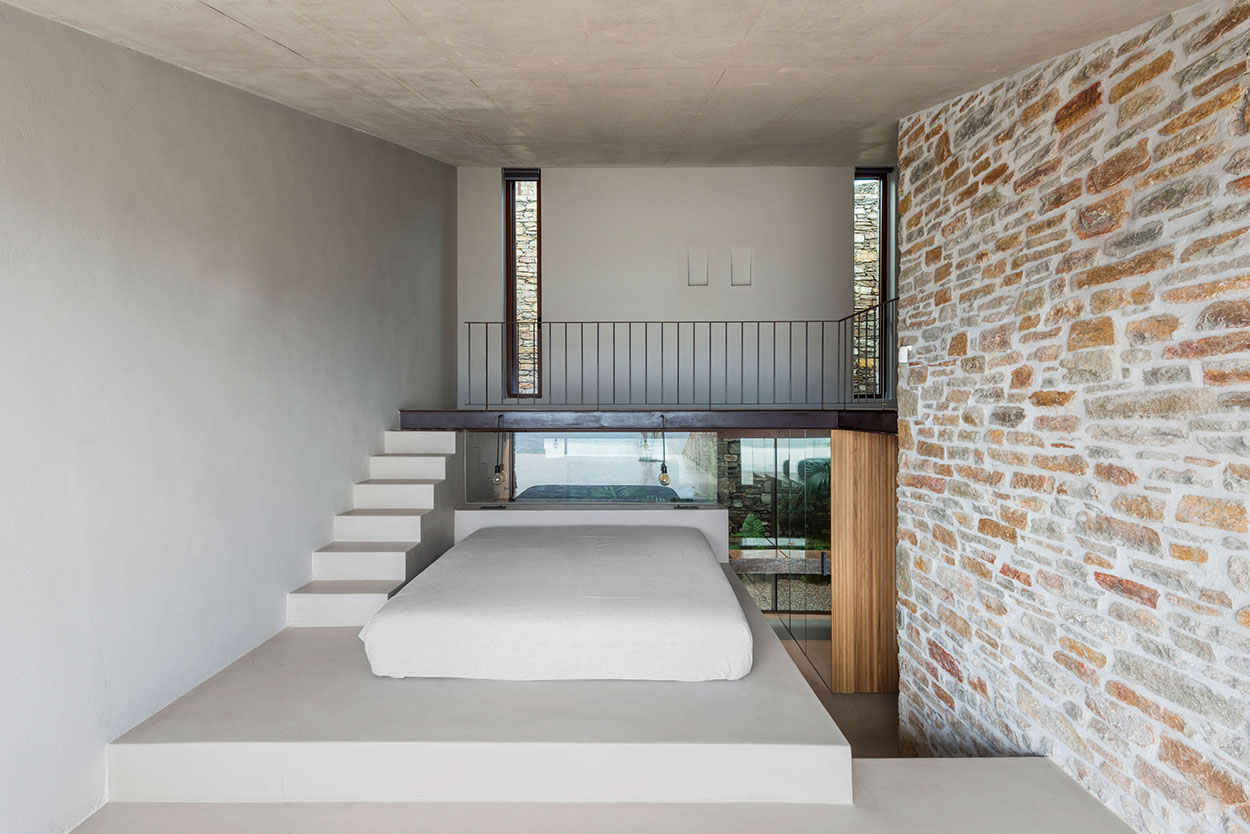 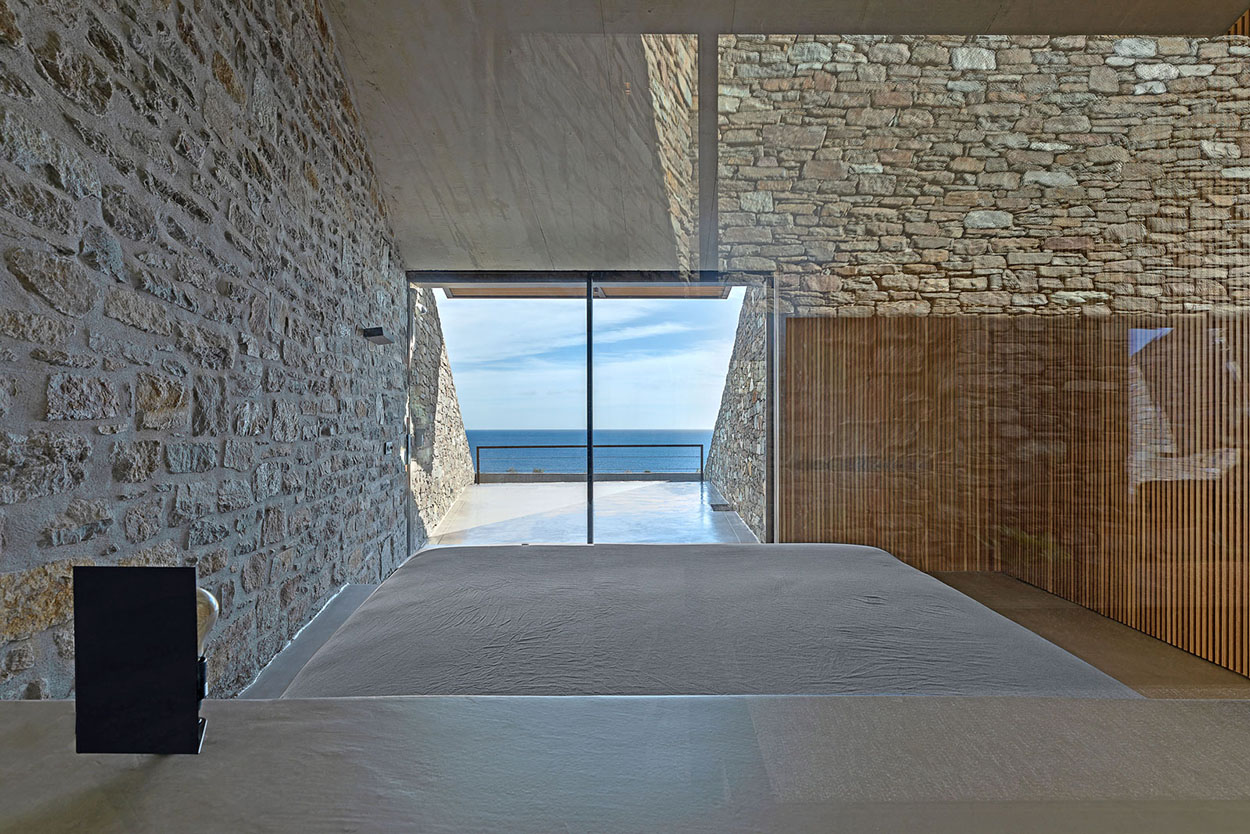 Iliana Kerestetzi, MOLD’s founder (in 2011) was the lead architect of the project with Manos Kerestetzis acting as consulting architect. The design team also included Konstantinos Vlachoulis and Michalis Xirokostas. 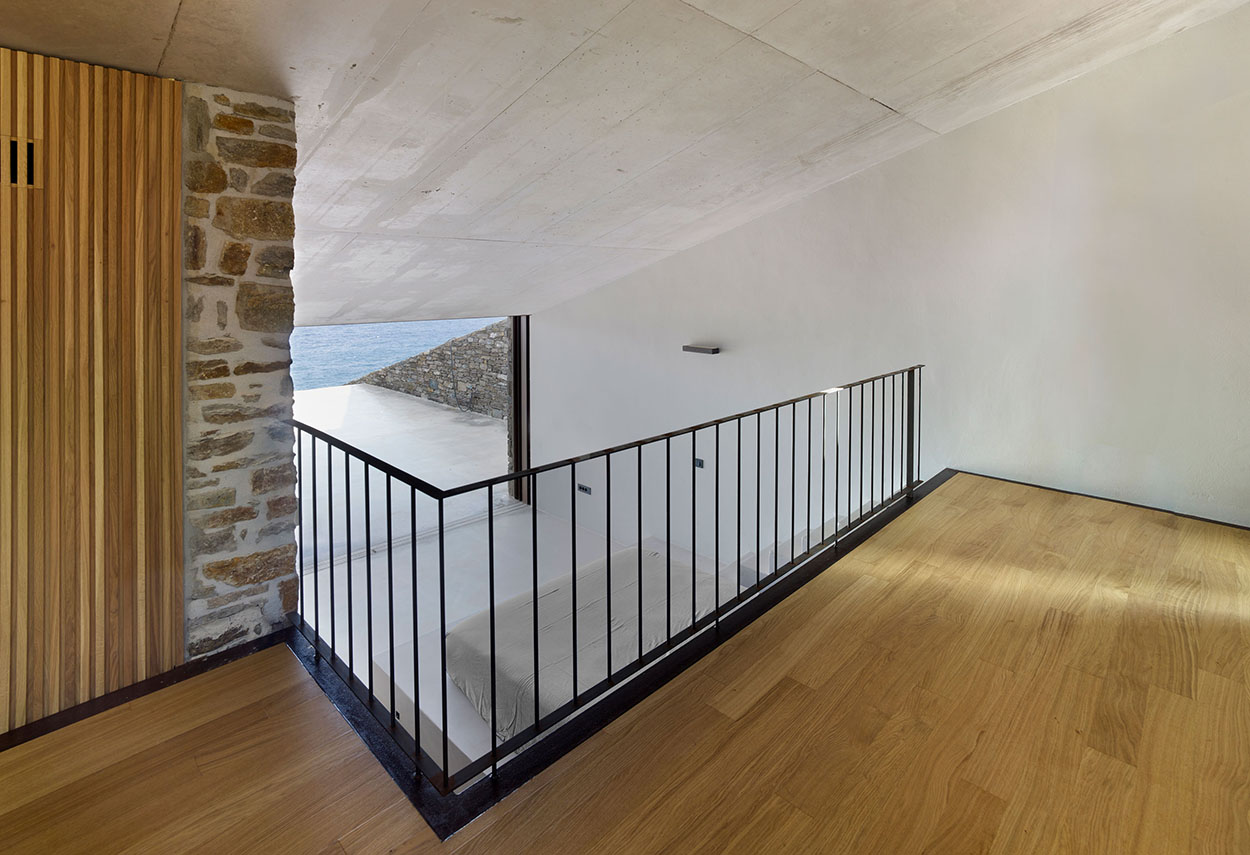 Serifos is one of the more than 220 islands that form the Cyclades. It is located a three-hour ferry ride straight line southeast from Athens (Piraeus). Unlike the best-known of the Cyclades, Mykonos and Santorini, Serifos is less touristy and therefore one of the vacations spots of Athenians in the know. Tuija Seipell 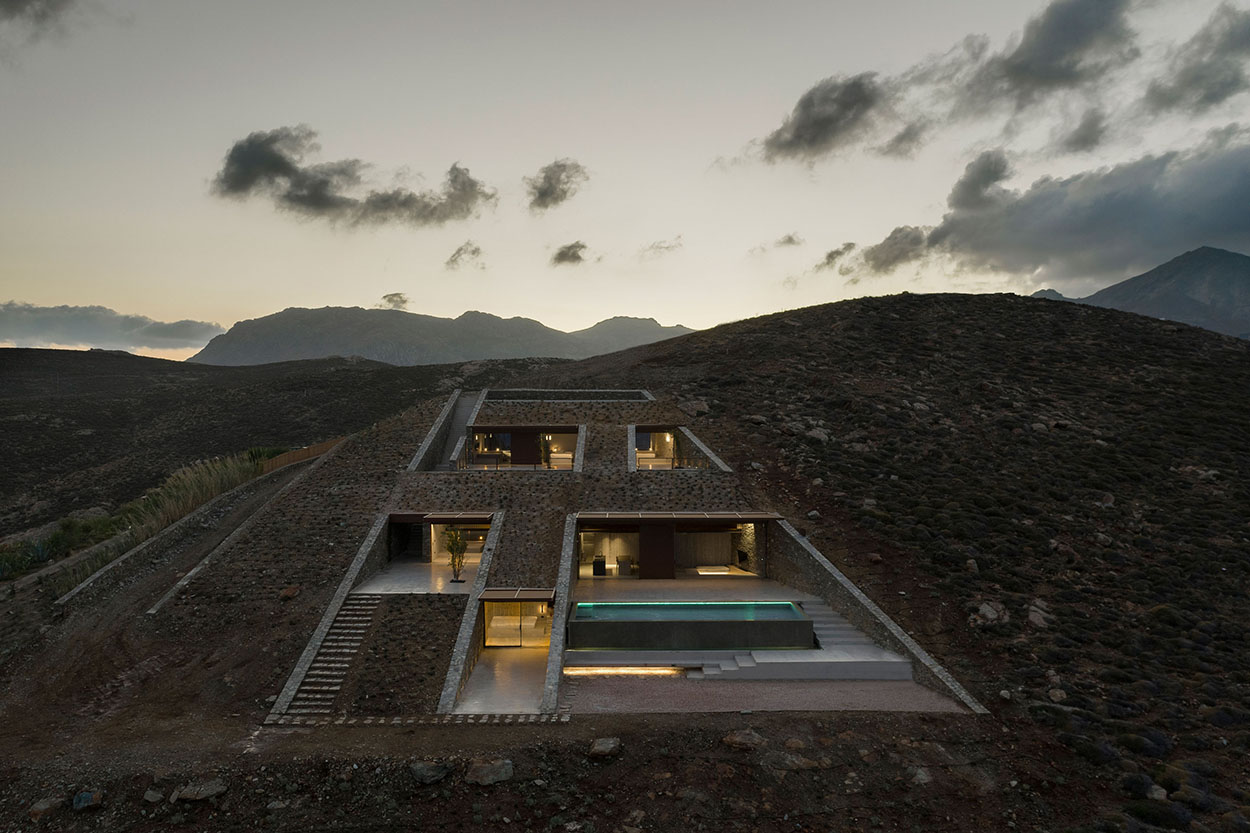