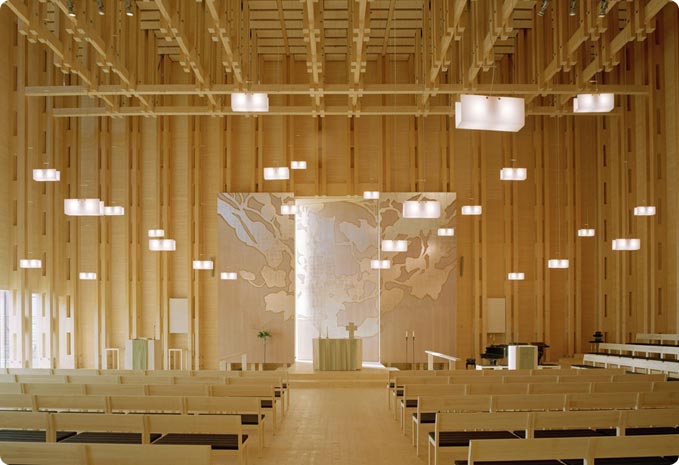 Located in the Ostrobothnia region, near the campus of Helsinki University on the eastern side of Helsinki, JKMM Architects won a national competition to design the Vikkii Urban Centre. The focal point of the Centre is a church clad in aspen shingles that have turned gray since construction was completed in 2005. Throughout Europe new church design is not synonymous with modernity, so when the Parish of Helsinki approached the architects at JKMM, they welcomed the opportunity to contribute to a newly developed urban area housing approximately 13,000 residents. 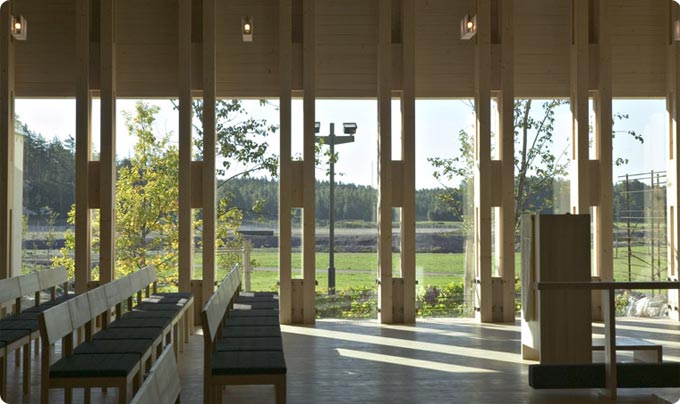 Many Scandinavian churches serve as civic spaces for the surrounding community to gather. Of course sacral characteristics are still present, and the Viikki Church’s central space and adjoining congregation hall have a light-filled cathedral-like appearance. The architects chose timber for practically every surface of the interior space as well: oaken doors, spruce ceiling and walls, and aspen furniture allow the congregation to feel as though they are gathering within a forest. Large windows open the space even further on tot he surrounding landscape of the countryside. The church does not sit in isolation, however a new market was built to the north and an urban park sits to the south. 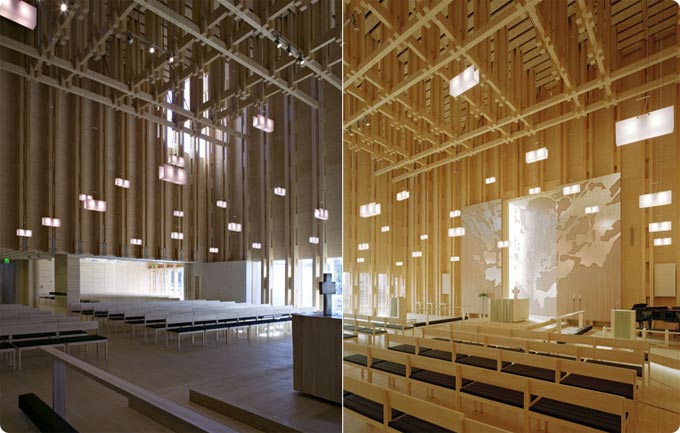