The Museum of the Moon Touring Installation by Luke Jerram 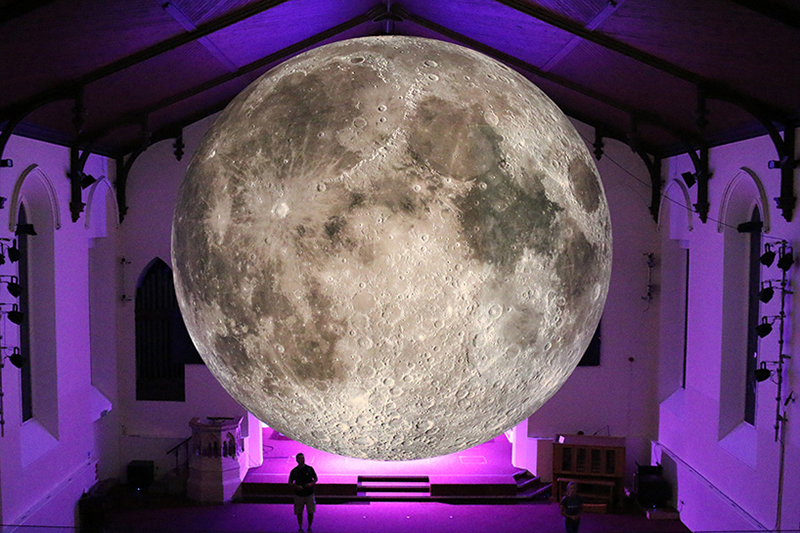 The Museum of the Moon is a touring artwork installation by multidisciplinary UK-based artist Luke Jerram.

It has already been presented at indoor and outdoor locations in six cities in the UK, France, Belgium and the Netherlands. So far this year, another six stops have been added to the tour. 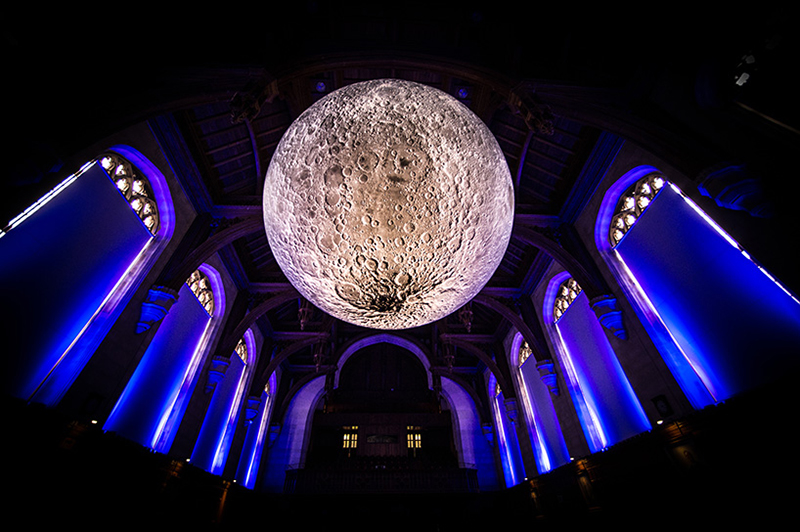 At an approximate scale of 1:500,000, each centimetre of the balloon represents five kilometres of the moon’s surface. 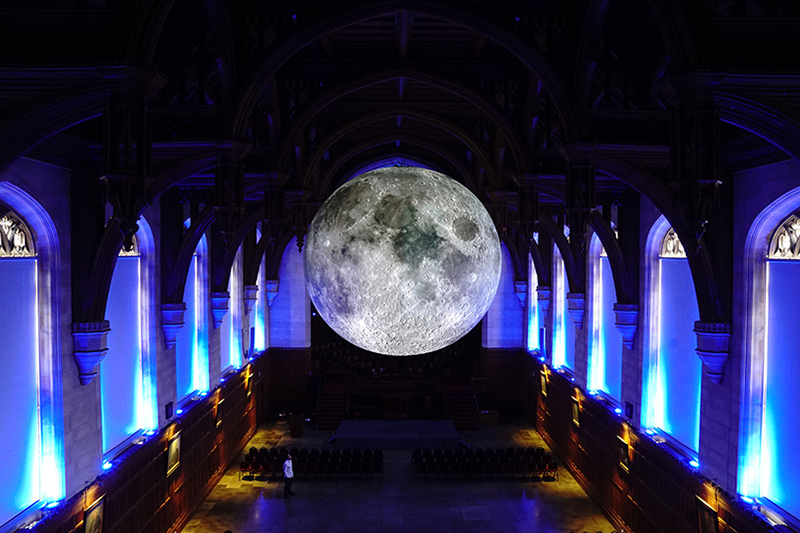 Jerram’s Museum of the Moon showcases past and ongoing lunar exploration and research. The installation has its own surround-sound music created by award-winning composer Dan Jones.

But the most interesting part of the installation is how it invites every location to add its own touches to the Museum experience, and how those additions then become a permanent part of the travelling installation. 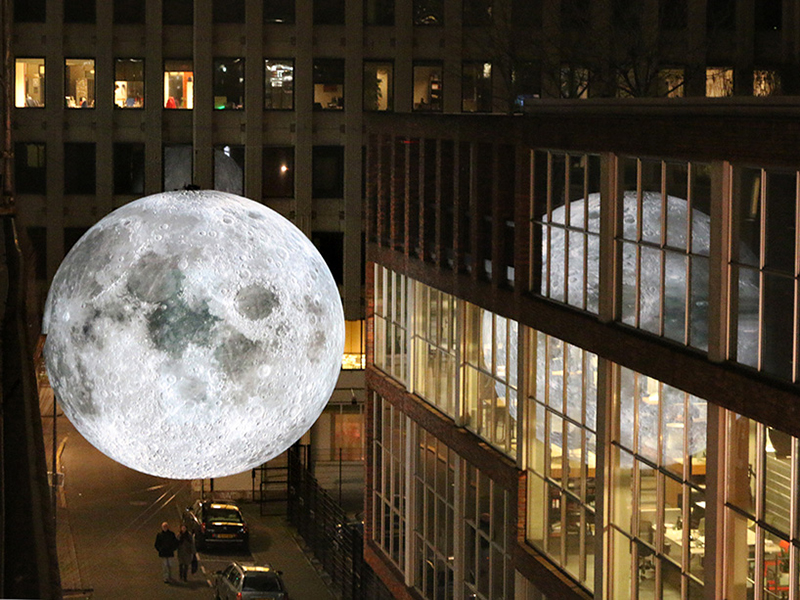 As the installation travels, it will highlight the latest moon science but also gather new musical compositions, personal responses, stories and mythologies from each stop.

This flexibility stems from the moon’s importance, in many different ways, in every culture since the beginning of human history. 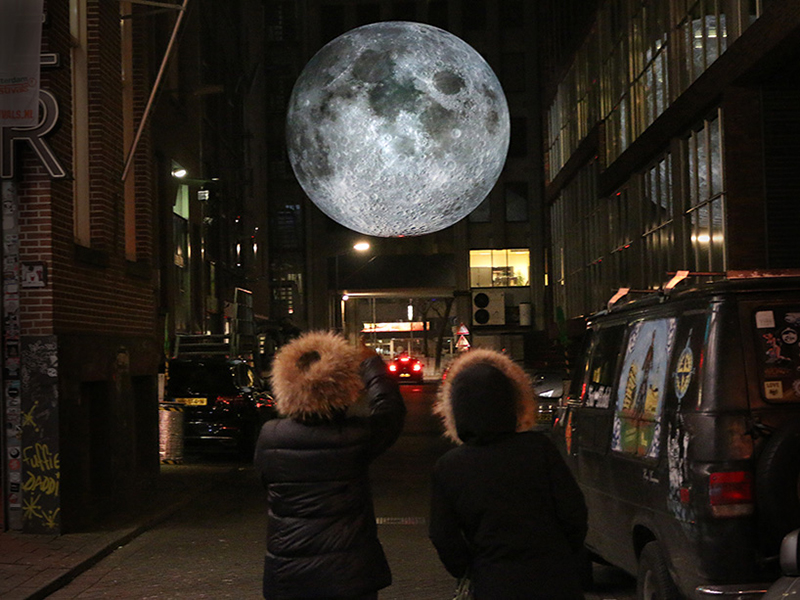 The moon is known or believed to be a measurer of time and light in the lives of all living things. It is an inspiration for science, thought, ideas and art, as well as a rich source and object of beliefs, suspicions, myths and rituals. 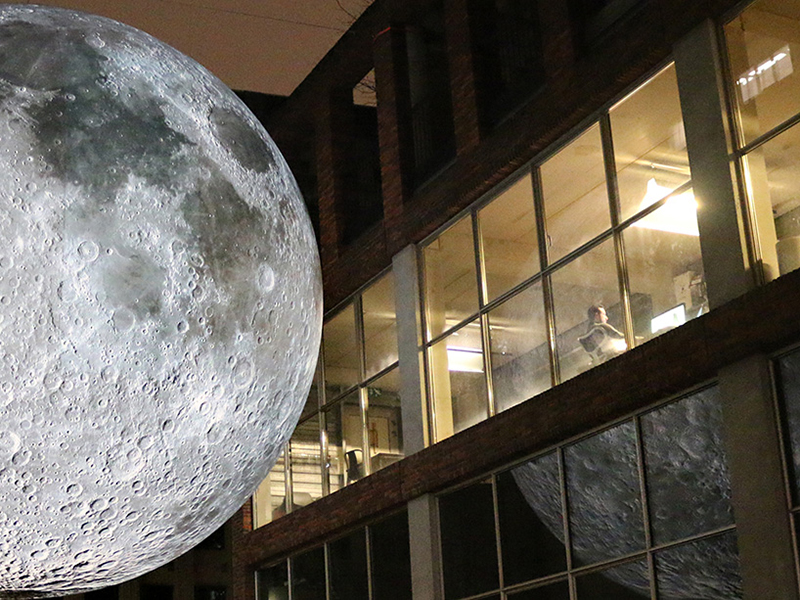 Each venue and location also presents its own series lunar-inspired events, performances, lectures and art during the Museum of the Moon stop. 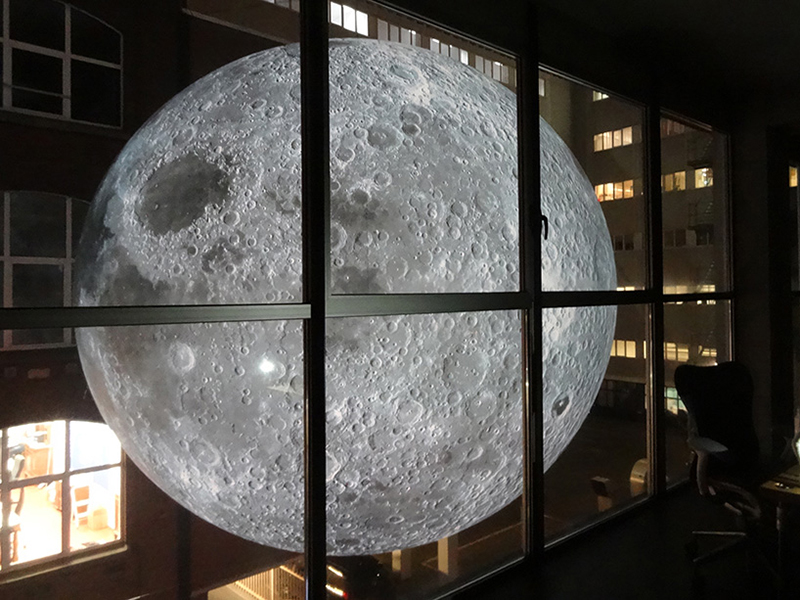 For the past 20 years, the 43-year-old Luke Jerram has presented sculptures, installations and live arts projects globally, from all across Europe to Australia, the US, Canada, China, Japan, Mexico and Brazil. Tuija Seipell. 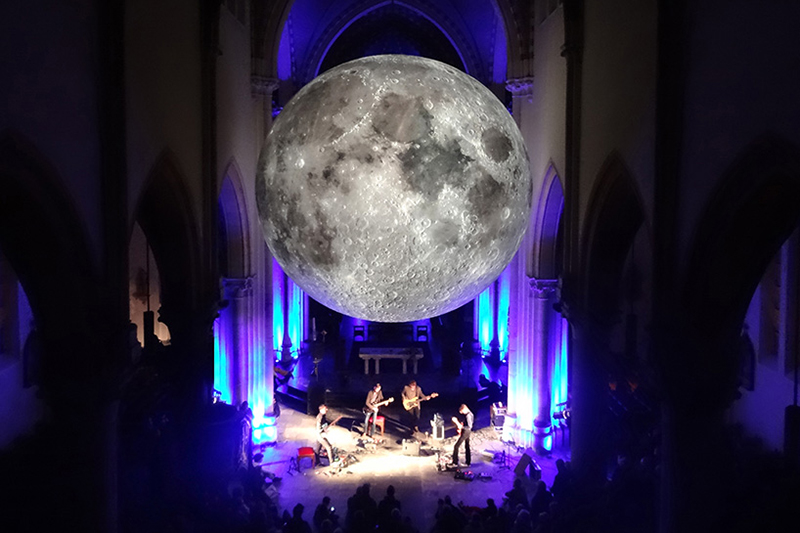