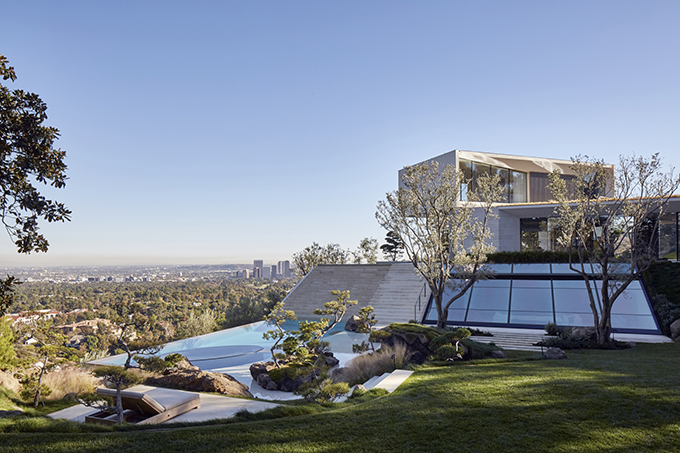 Architecturally alarming things could be expected when a movie mogul of big-budget action movies based on over-the-top special effects assigns his mega-million Los Angeles villa project to a globally recognized architect whose work includes a fantastical master plan for a place called Ice Cream City in Overtown, Florida. 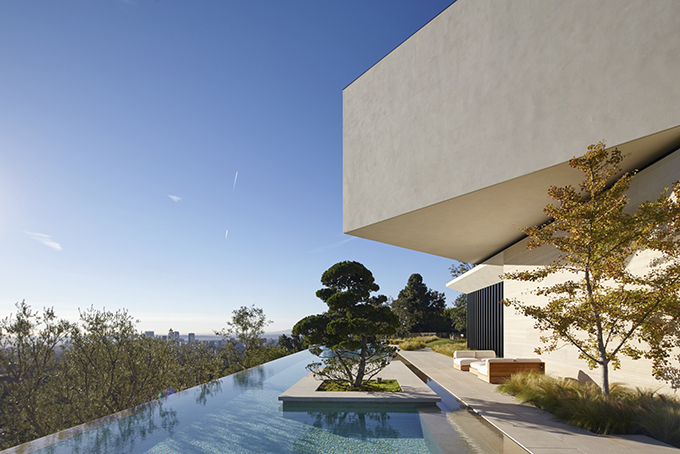 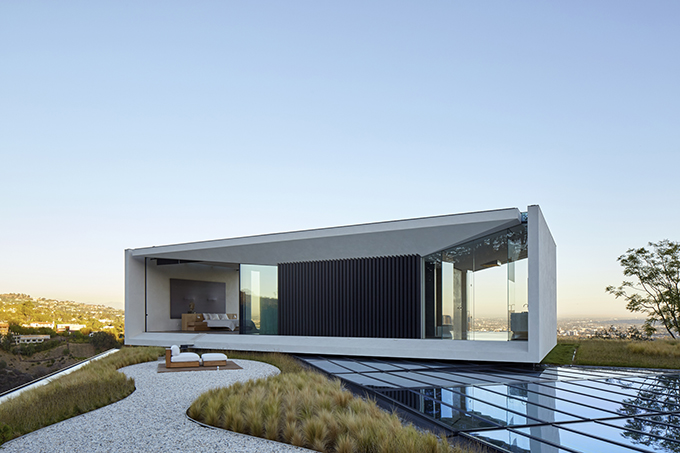 Bay’s much-praised and publicized 30,00 square-foot (2,787 square-meter) crash and party pad (his actual home is in Miami, Florida) is elegant, minimalist and modern, reflecting as much Bay’s reverence and appreciation of good architecture as it does Oppenheim’s incredible ability to conjure elegant, iconic buildings. 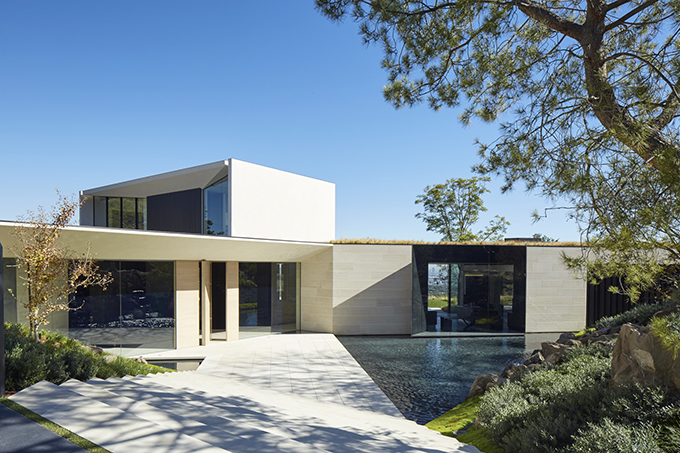 Bay sold his previous L.A. house in 2009, and paid $10.9 million for a mid-century house on a five-acre lot on Bel Air Road. He caused a disapproving uproar by tearing the house down as it was considered somewhat important, even by L.A. standards. It was designed in 1951 by Burton Schutt with interiors by Billy Haines, and was for decades home to socialite Marion Jorgensen and steel magnate Earle Jorgensen (close friends with the Ronald Reagans). To replace this house, he selected Chad Oppenheim’s concept residence whose renderings had been up on Oppenheim’s website for a long time, just waiting for the right client. The three-story house has a 50-seat movie theater designed by Jeff Cooper, a movie prop museum, parking for several cars, a spa and several bedrooms, plus two master bedroom modules that hover above the rest of the building with incredible views of Los Angeles and Santa Monica. An infinity pool along the cliff edge emphasizes the exquisite plan that allows the structure to sit in the hillside site as if it had always been there. 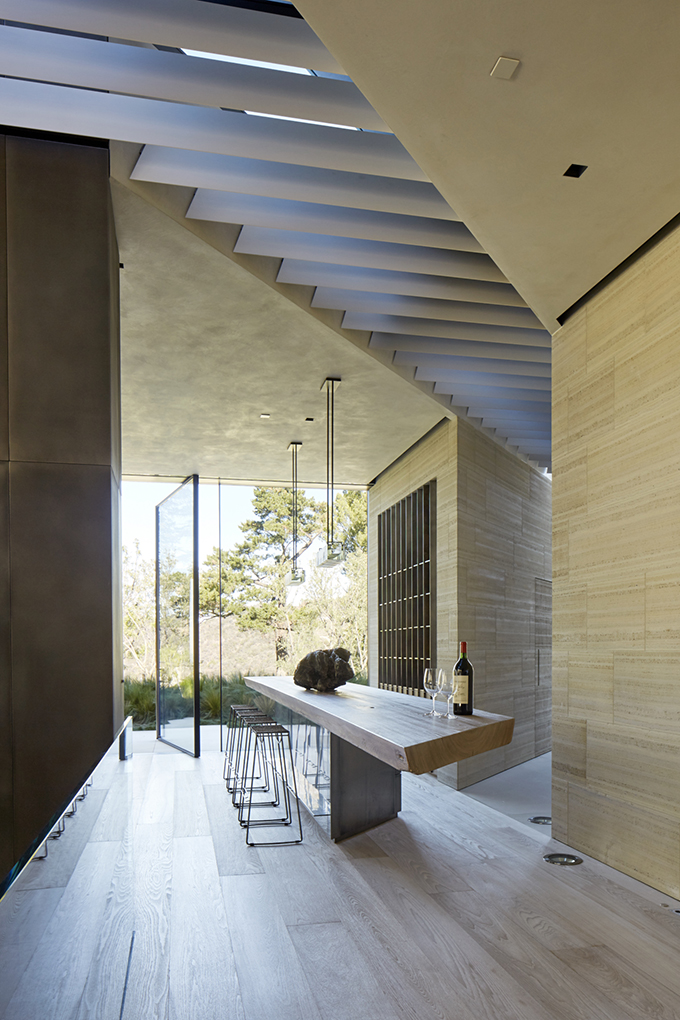 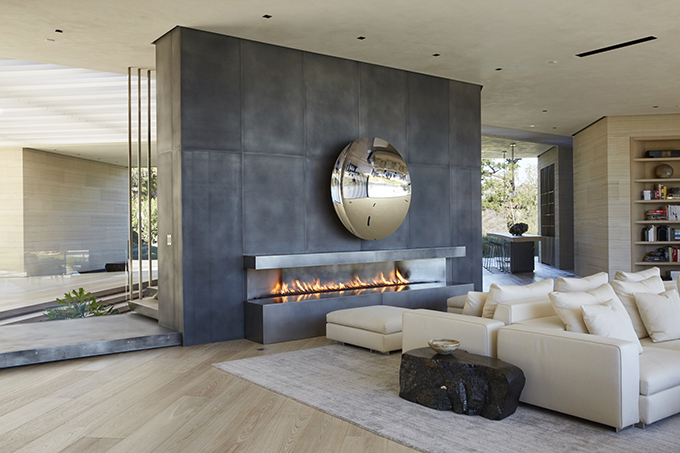 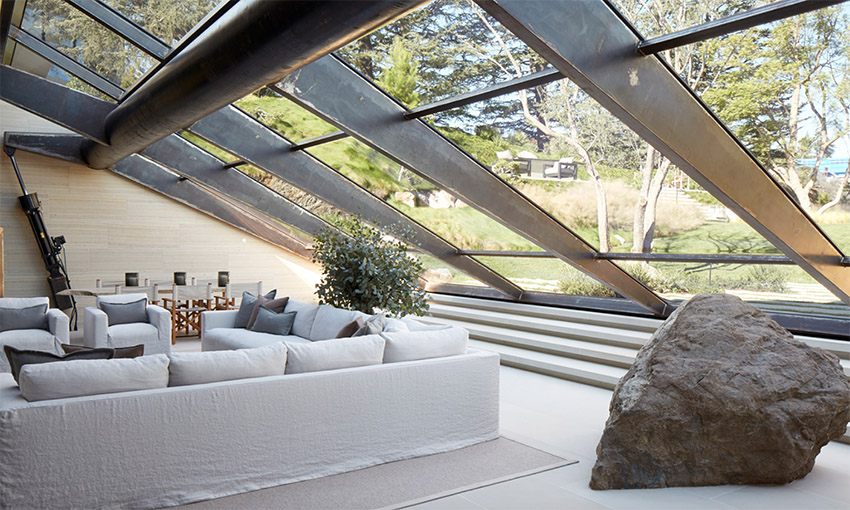