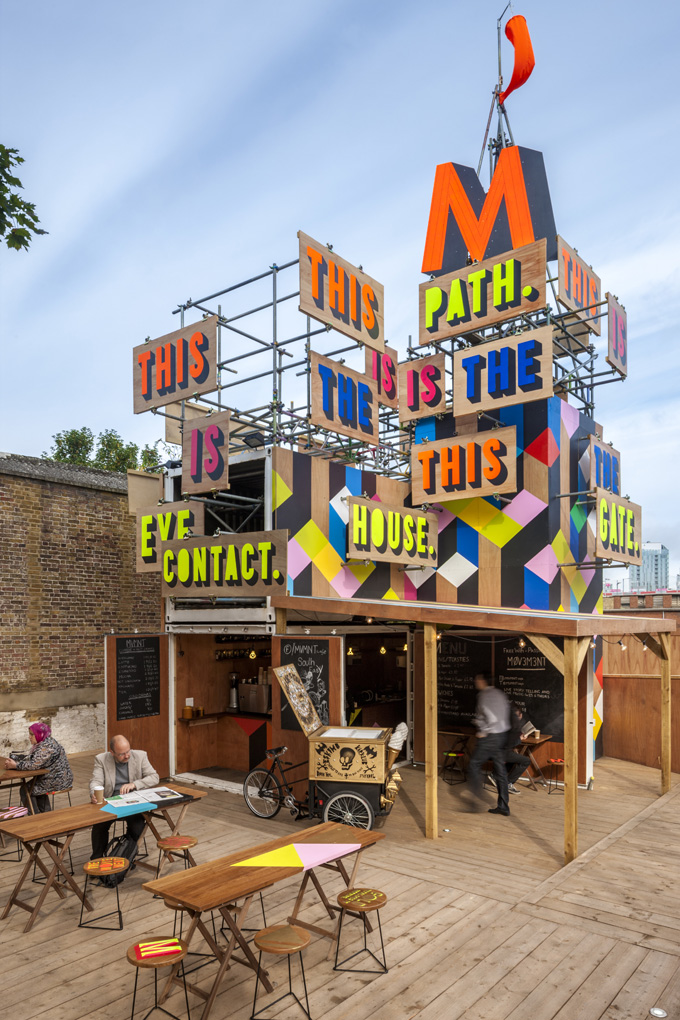 We like the fresh, unpretentious and happy look of the temporary Movement Café and performance space built next to the DLR station in Greenwich, South East London. It was constructed in 16 days to be ready for the opening of the Olympics. 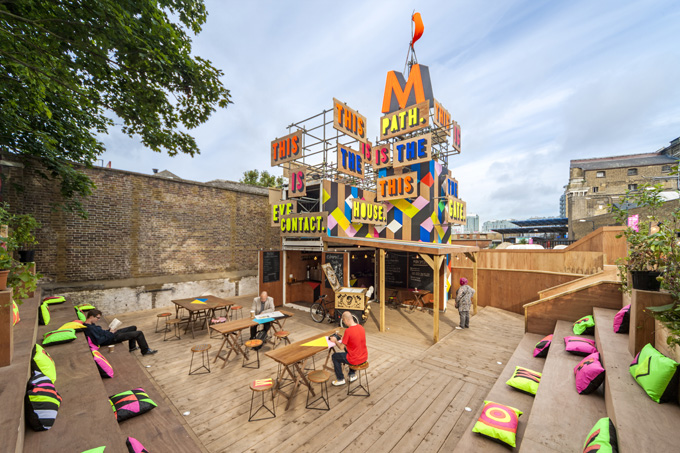 It is located at the gateway to the Olympic borough, on Greenwich Industrial Estate, currently being redeveloped by the Cathedral Group. The Café was designed by British designer and artist Morag Myerscough and he collaborated with poet and tweeter Len Sissay. 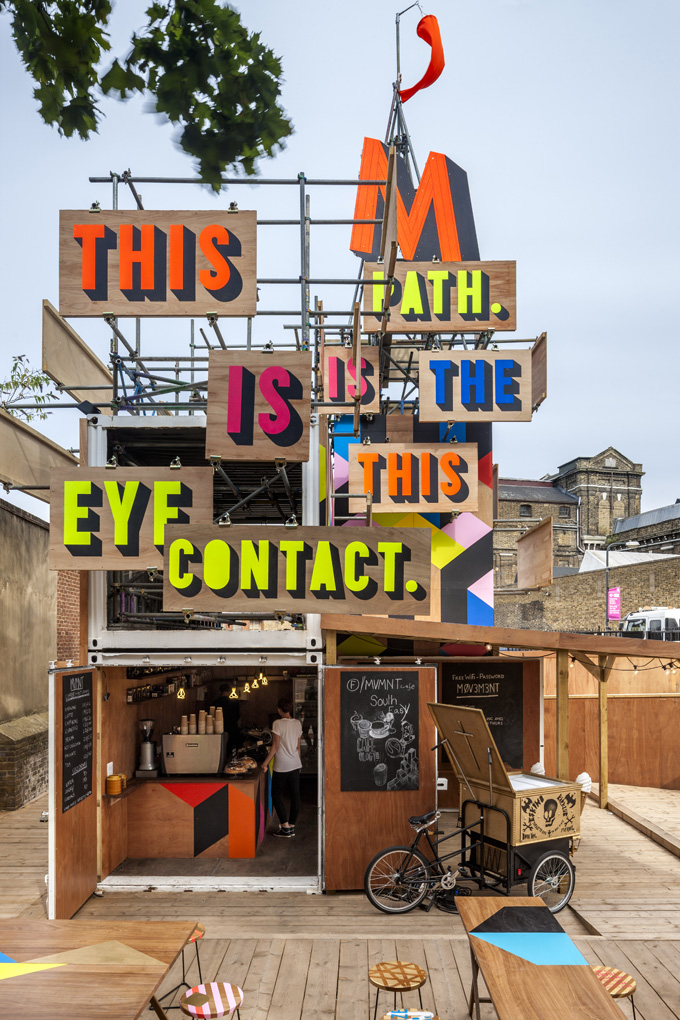 Sissay’s poem of tweets is now on the hoarding on the site, but it will be eventually set into the road as a permanent ode to the site. – Bill Tikos