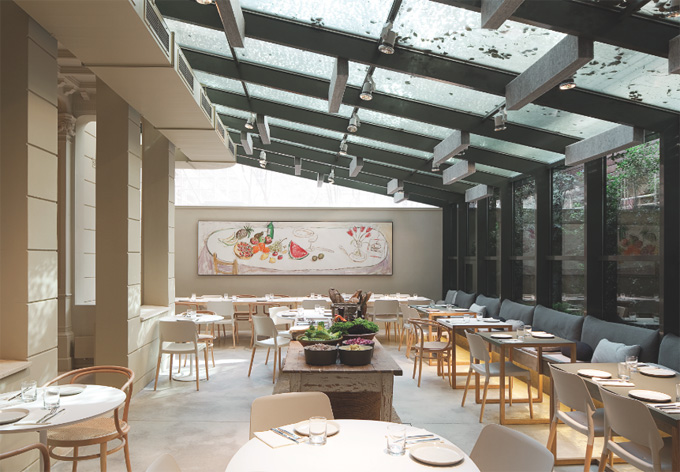 We love the deliciously pastelly mood and the interplay of light and shadow in the new Mordisco restaurant in Barcelona’s Eixample district. Designed by Sandra Tarruella Interioristas, the former family residence now exudes a Scandinavian modern clarity, yet preserves some of the touches, such as the massive staircase and the ceiling cornices, from the high-ceilinged grand home. 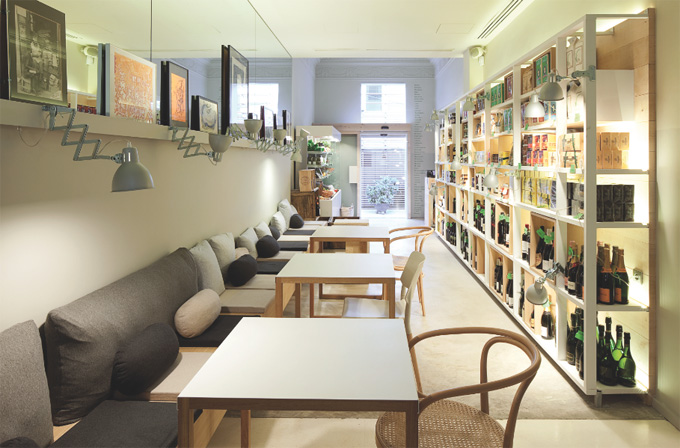 The patio is now covered and functions like a sun room or greenhouse, bringing the greenery close to the diners. At the entrance, a little grocery area offers the guests fresh vegetables and produce and many other fine ingredients used in the restaurant’s kitchen. 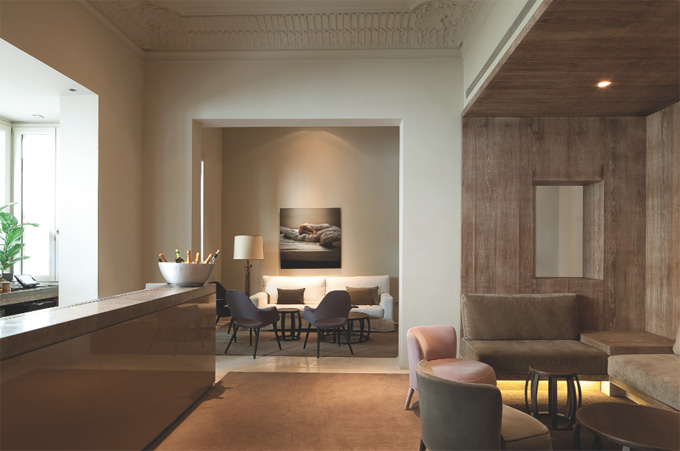 Mordisco is part of the Grupo Tragaluz hospitality family empire founded in 1987 by mother and son Rosa Maria Esteva and Tomas Tarruella. Tragaluz began with the fist Mordisco restaurant and has since expanded to include several restaurant concepts and the boutique hotel OMM. – Tuija Seipell 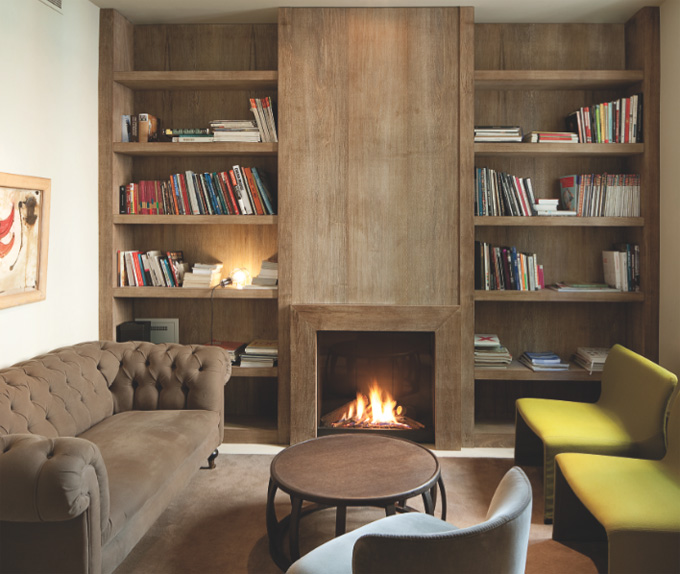