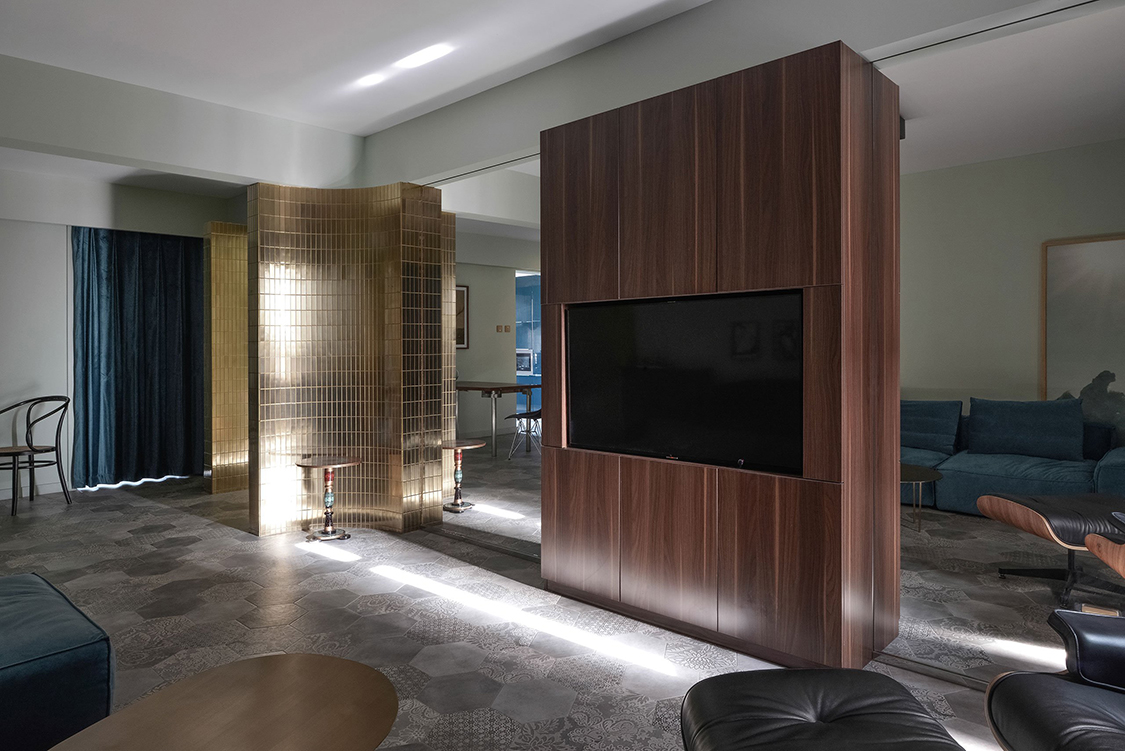 Young designers, Zhang Yufan and Ha Da, who established their interior design studio, NA-DECO in Nanjing City, China, in 2015, took on a tough challenge recently: to re-design a fairly basic apartment for an artist couple who had very clear ideas of what they wanted. 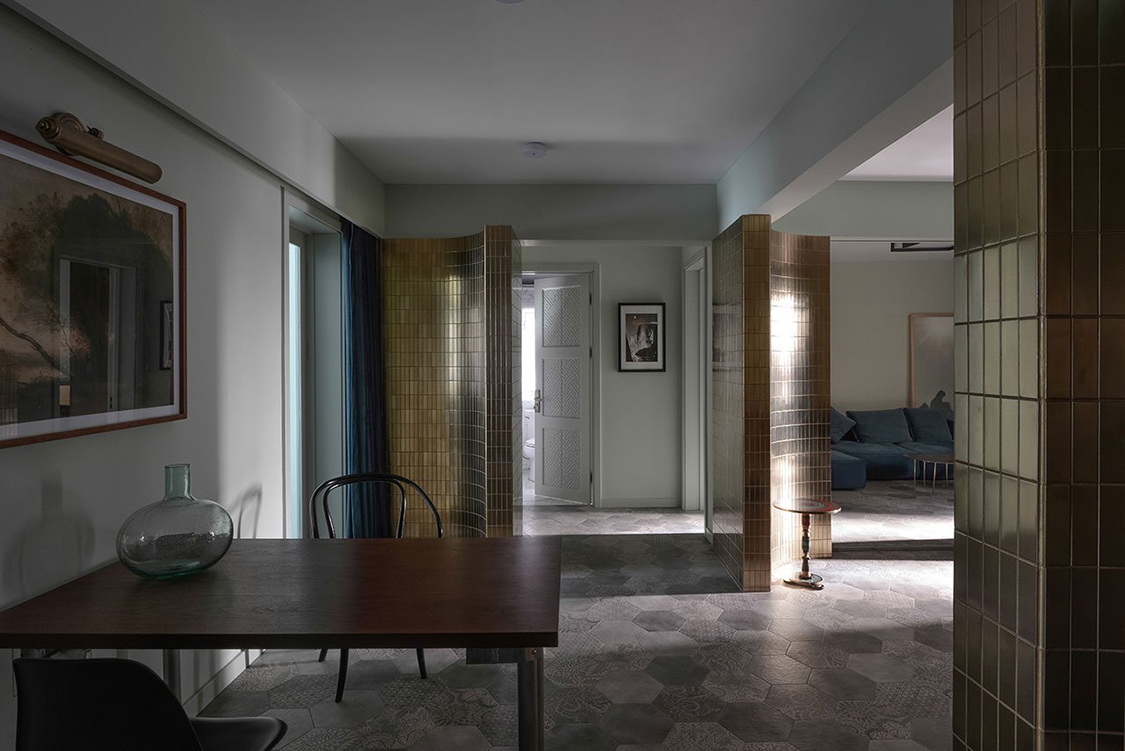 The 132 square-metre (1,420 sq.ft) apartment was built in 2016 and it is located in the downtown area of Hohhot City, the regional capital of Inner Mongolia Region in China. 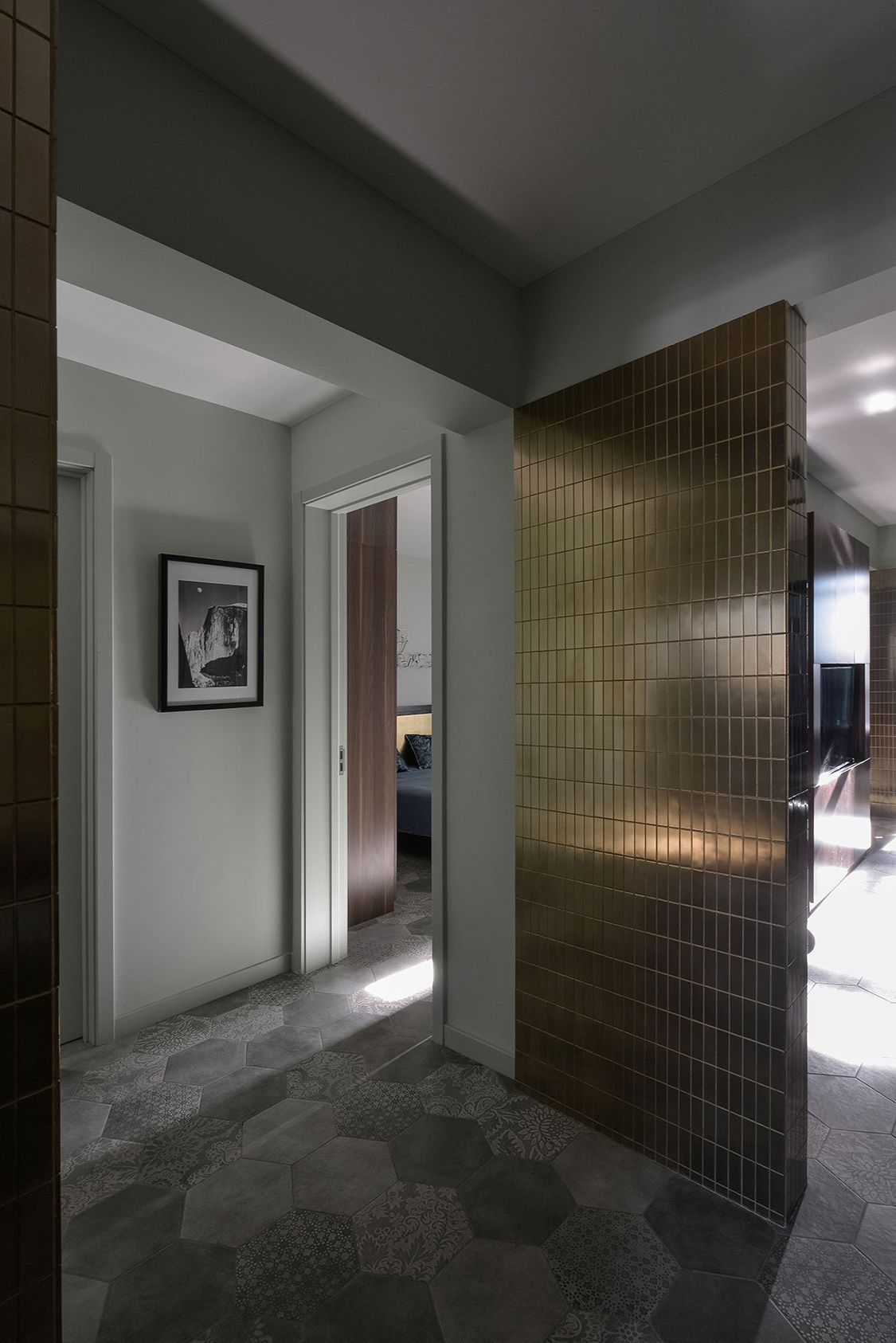 The clients’ wishes were clear but they were not simple or easy to fulfil. The artists did not want major structural changes to the apartment, and they wanted their home to reflect the Mongolian spirit and ancient culture. 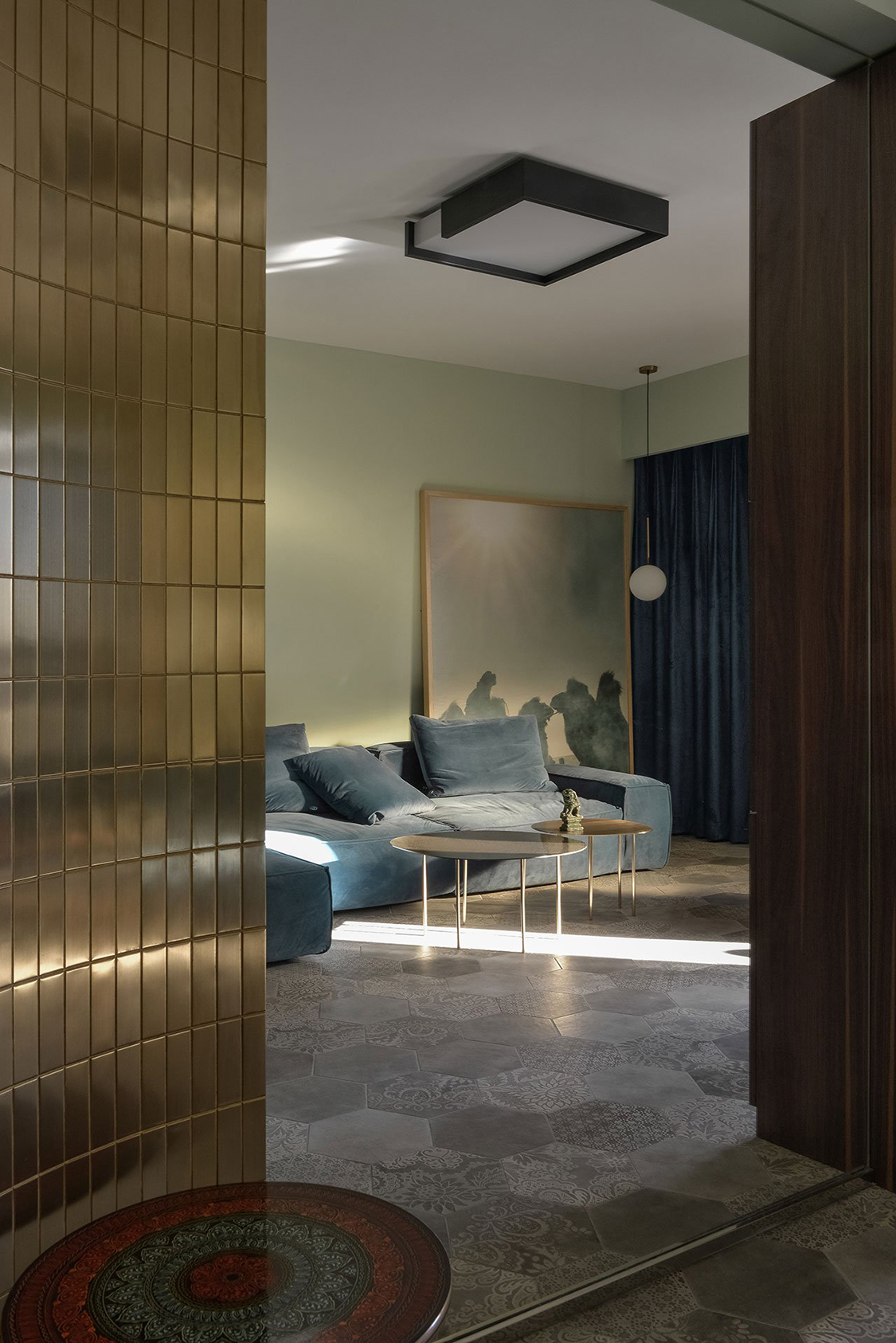 Ha Da explains that the first was relatively easy. “We did not break any original walls,” he says. “We just heightened the door frame, added some architectural details and, most importantly, added curving walls.”

The curving walls are, indeed, very important and they are also part of the designers’ response to the second part of the clients’ request. 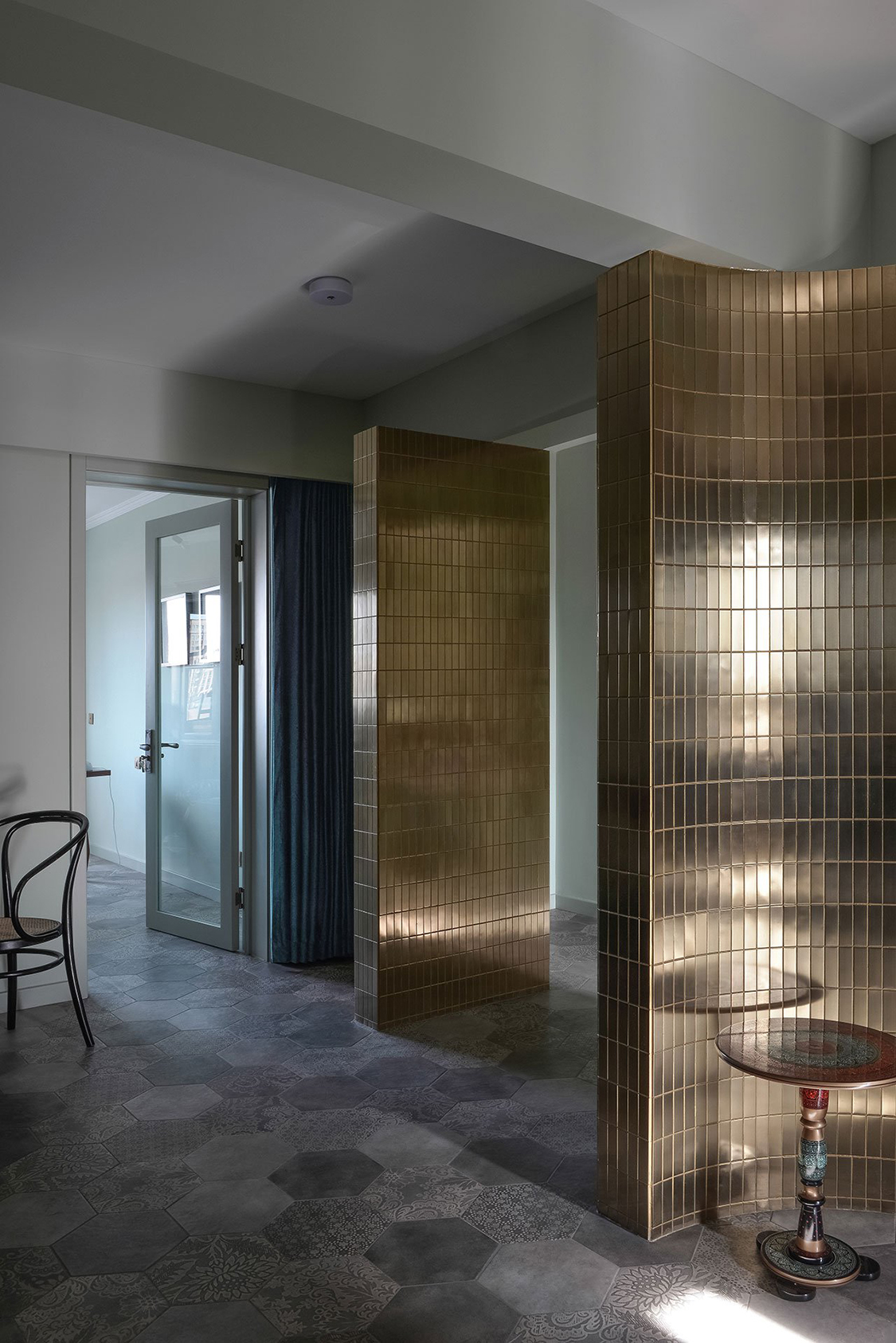 Ha Da elaborates: “How to deliver the Mongolian spirit in a single place? – This challenged us a lot. But, after a lot of thinking, we decided to reference Mongolian music which has a distant rhythm, a touching feeling, and it can easily make people homesick.” 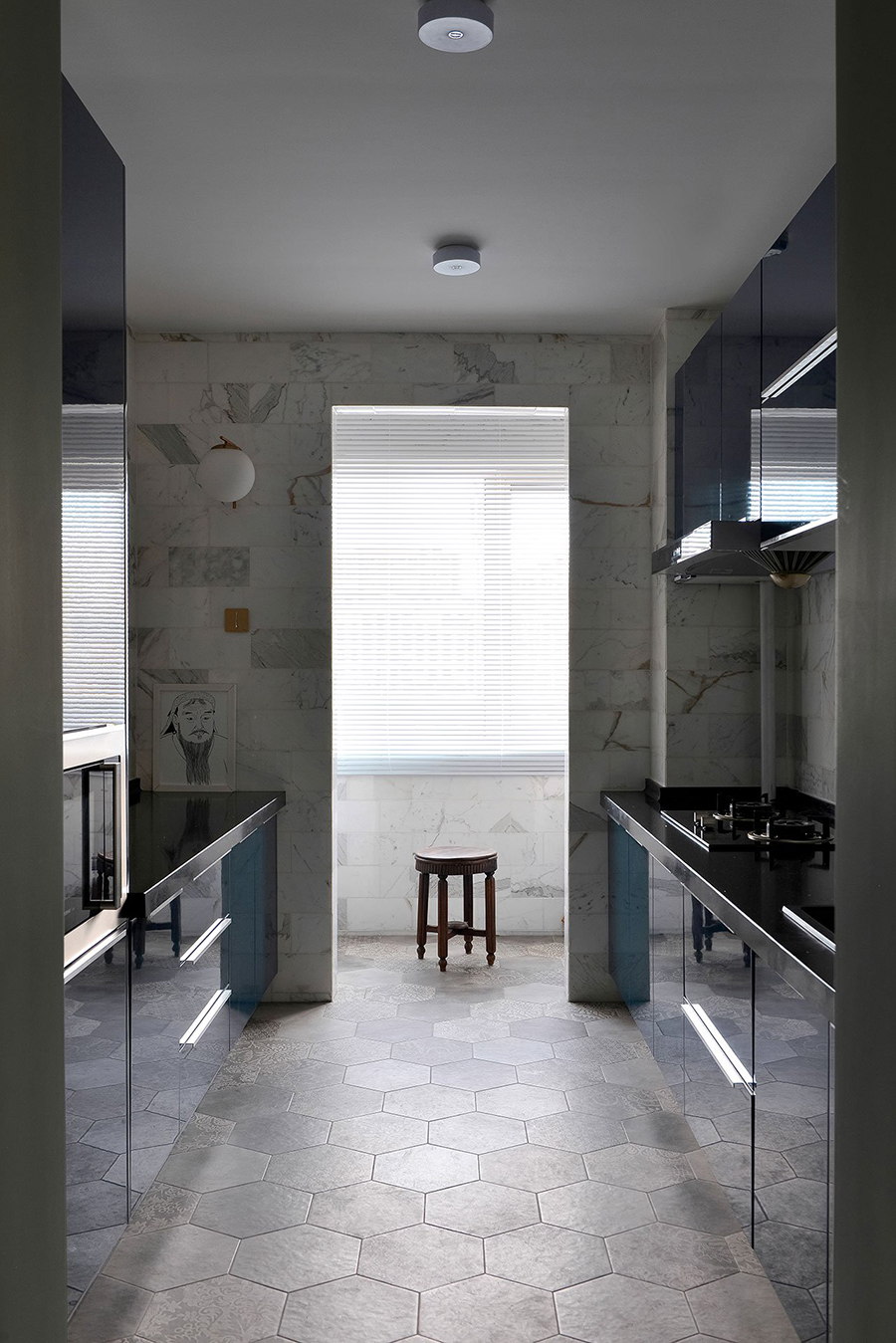 From this the designers deduced some key words that describe the Mongolian spirit: simple, deep, nostalgic and a little mysterious. 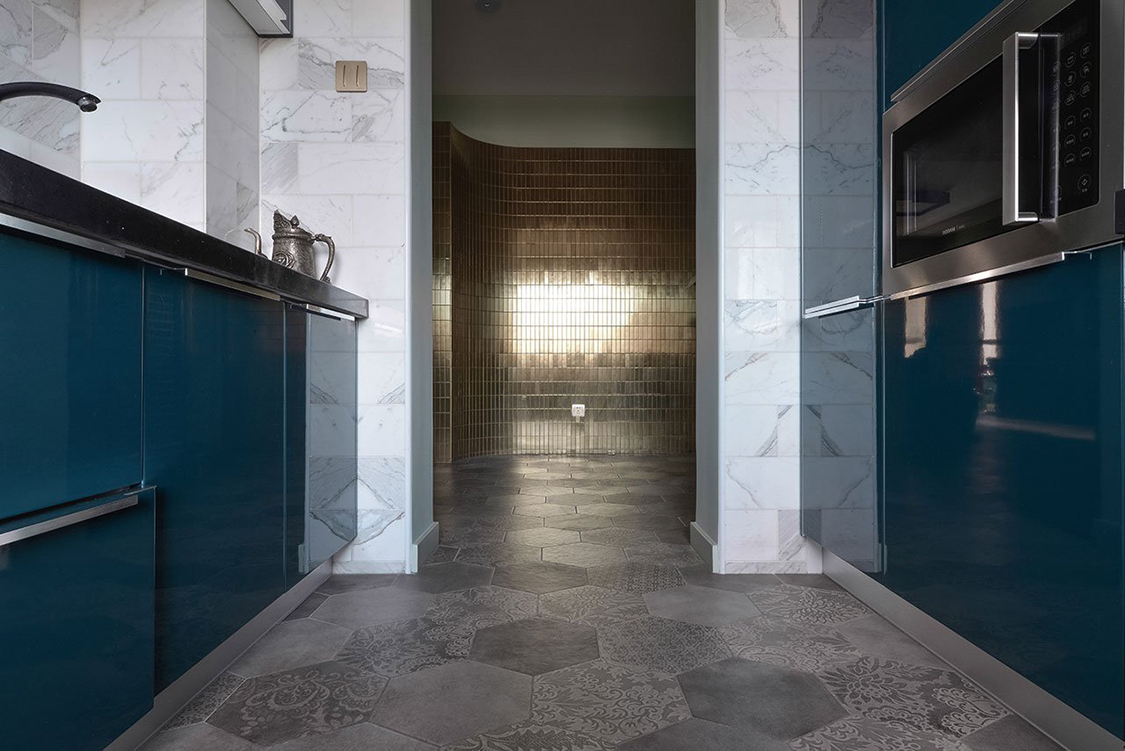 To translate this into the space, they used vintage colours of soft green and deep blue, and vintage materials such as metallic mosaic and hexagon tiles. “We wanted to keep the apartment less decorated and with clean lines,“ Ha Da explains, “to make it feel like ‘my mysterious home’ as a whole.” 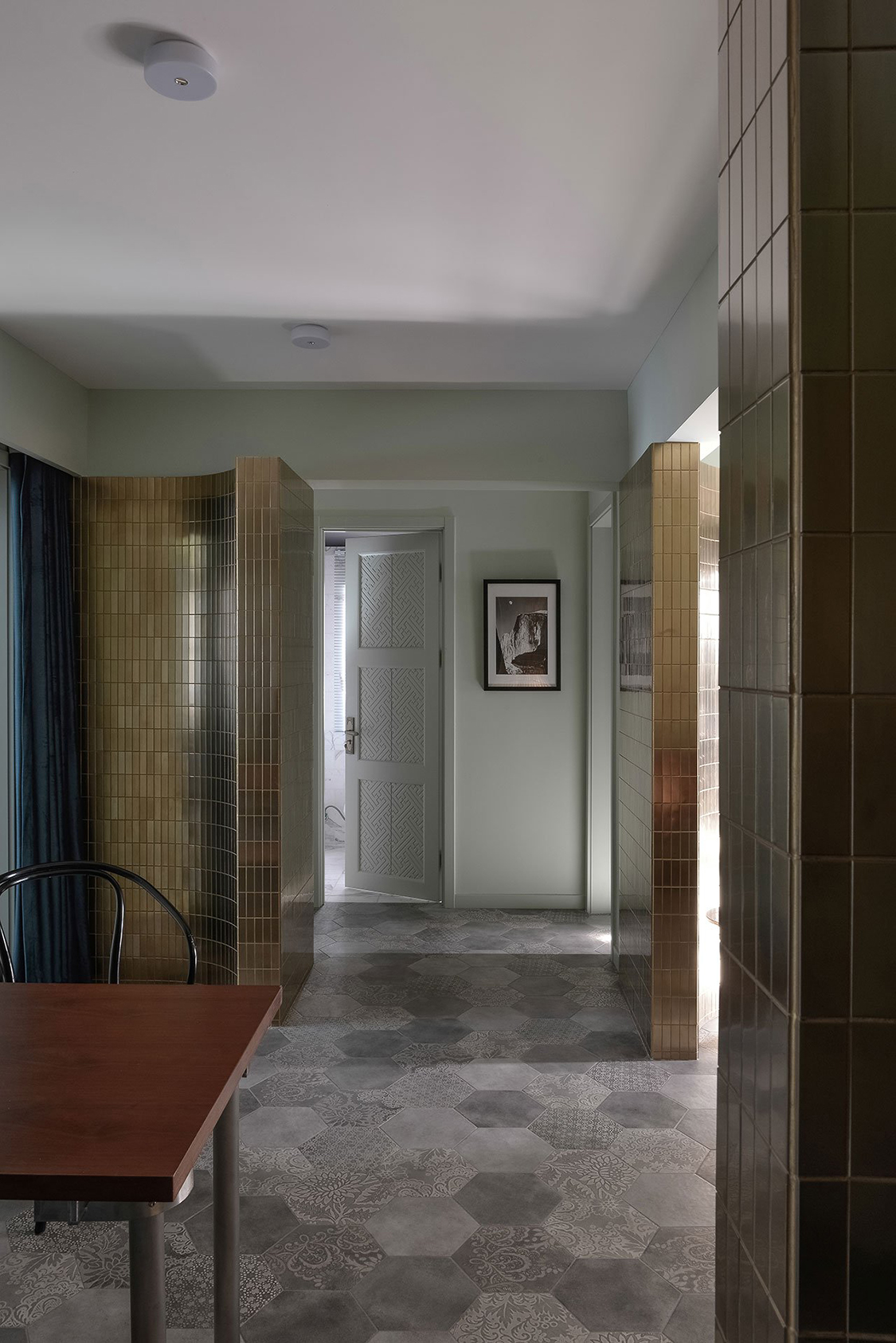 And the curving walls? The Mongolian spirit does play a role here as does sculpture. Ha Da’s father is a well-known local sculptor and Ha Da is used to viewing sculpture with an open mind.

One of Ha Da’s favourite sculptors is the American minimalist Richard Serra, known for his large-scale works of curving sheet metal, most notably his 180-ton Snake in the Guggenheim museum of Bilbao. “Serra’s works are more than sculpture to me,” says Ha Da, “they are the conversation between art work and people.” 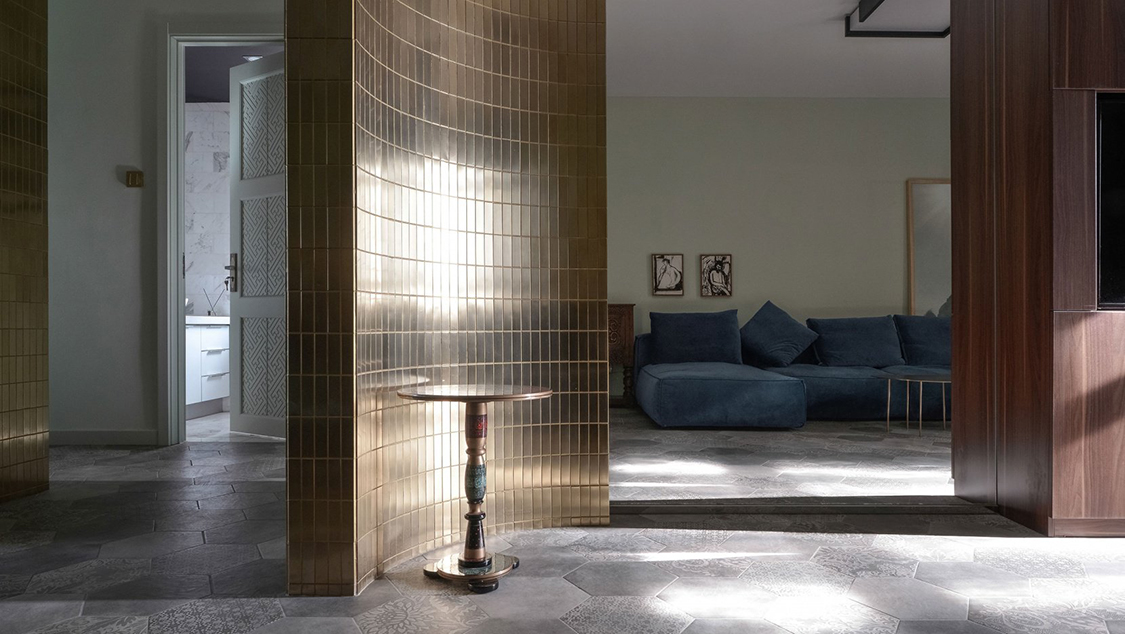 Ha Da says that as viewers travel along Serra’s works’ curving lines, their feelings are influenced strongly. “They could be feeling panic, hope or stress, for example. But we wanted to bring about the feelings of protection by the use of these curving walls.”

In addition to Mongolian and sculptural influences, the designers included modernist touches, such as Eames Chairs and the FLOS Mini Button light designed by Piero Lissoni. The rest of the furniture and lighting are local brands or custom productions. Tuija Seipell. 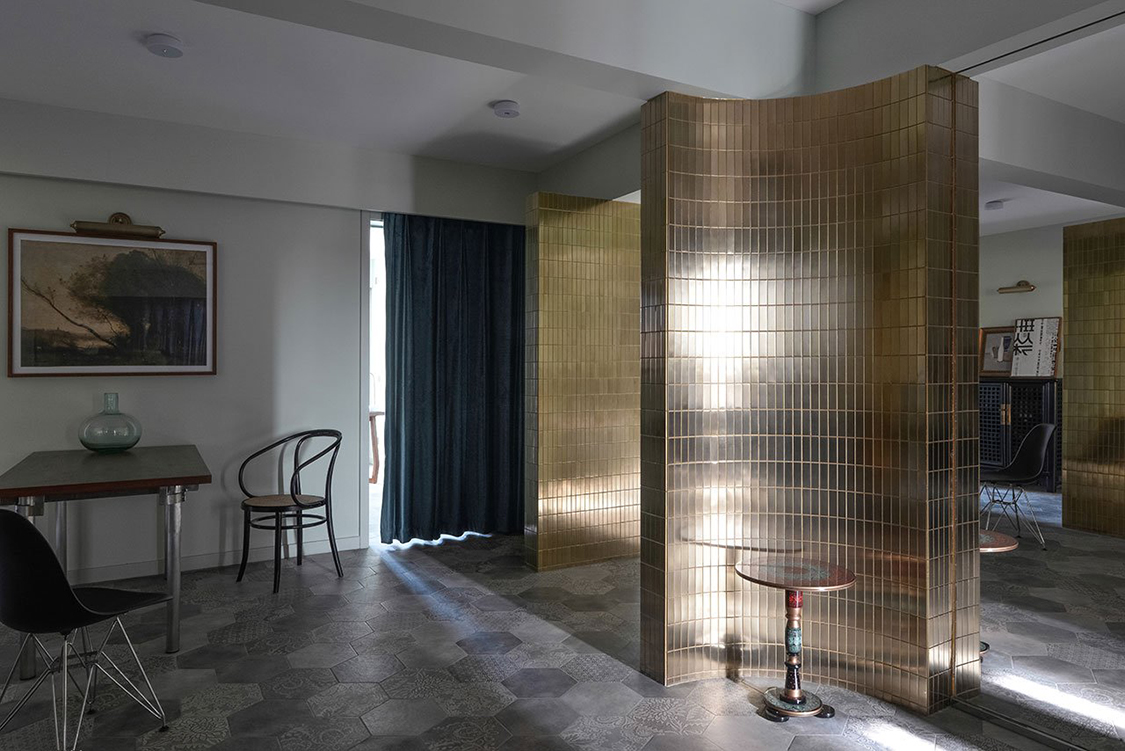