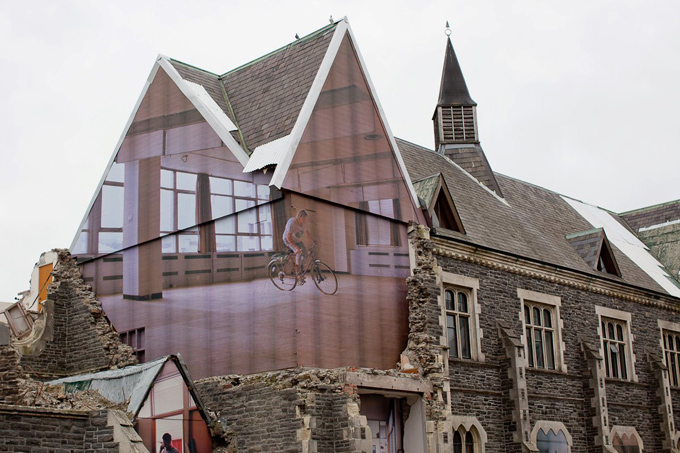 In Christchurch, New Zealand, 10 massive optical illusion-inducing mixed-media art pieces by Mike Hewson pay homage to the former Christchurch Normal School which opened in 1876.
The building, completely renovated for apartment and retail use in 1981 and renamed Cranmer Courts, was damaged badly in the February 2012 magnitude 6.3 earthquake and it is now destined for demolition. 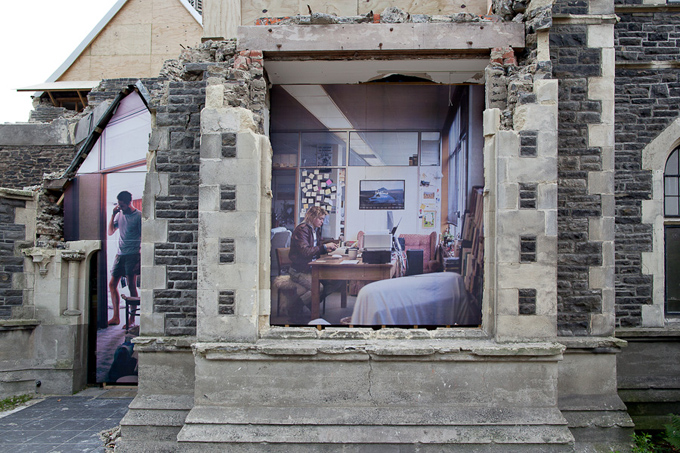 Before it is gone forever, Hewson wanted to pay homage to the building that used to house a vibrant community. He covered the total of 130 square meters of plywood with mixed-media images depicting artists and others who lived and worked in the building. 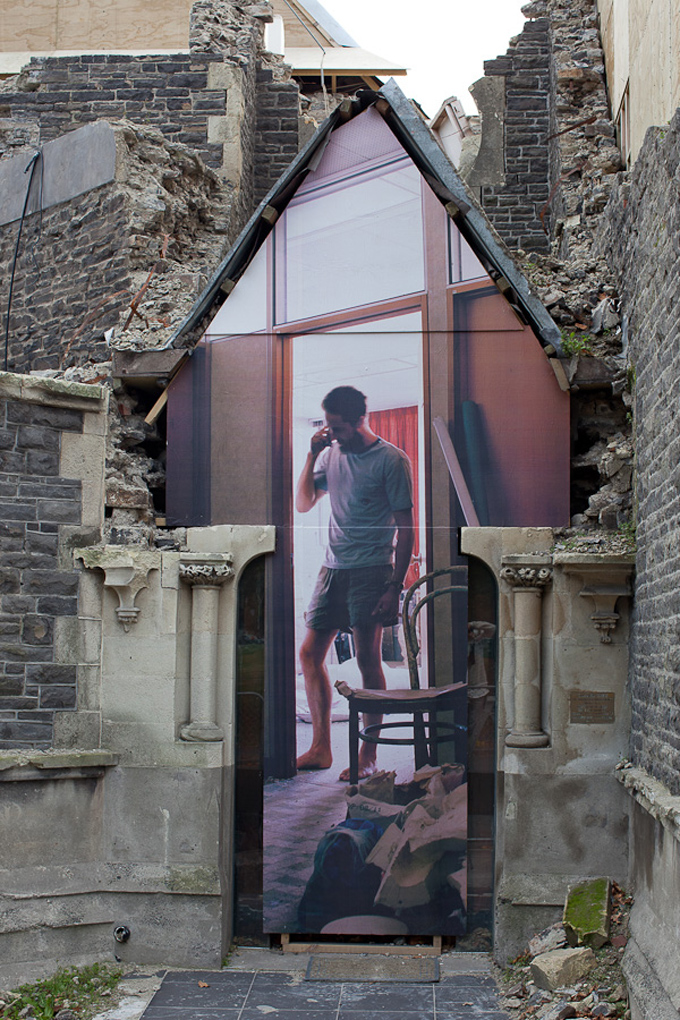 Private donations and Hewson’s own money covered the $15,000 installation costs. New Zealand-born (in 1985) Mike Hewson is a civil engineer, graduate of Canterbury University (2007). He has worked as a civil engineer in Port Hedland in Western Australia, but has travelled regularly to New Zealand to complete works of art there. He will move permanently back to New Zealand next month and focus on his art full time. – Tuija Seipell