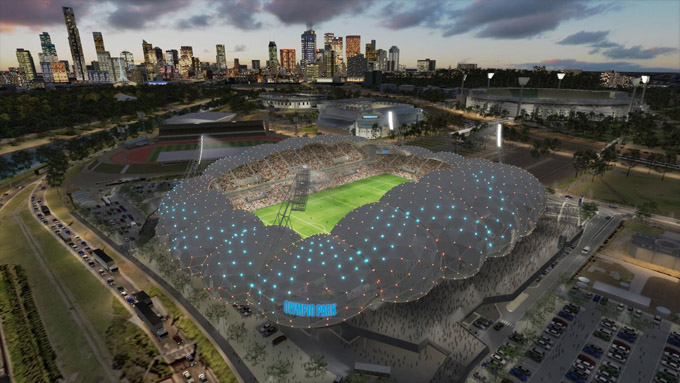 Nearly 25 years ago, the world tuned into Melbourne for the ultimate in sporting events, the Olympic Games. Even long before that, Aussies were renowned as being among the world’s greatest sport fans. From grand-slam tennis to cricket’s oldest and greatest rivalry between Australia and England, Ozzie sports are part of its culture.
The Melbourne Rectangular Stadium, designed by COX Architects with engineering assistance from Arup, and from Norman Disney & Young — is a $200-million boutique rugby and soccer stadium with a capacity of 31,000. 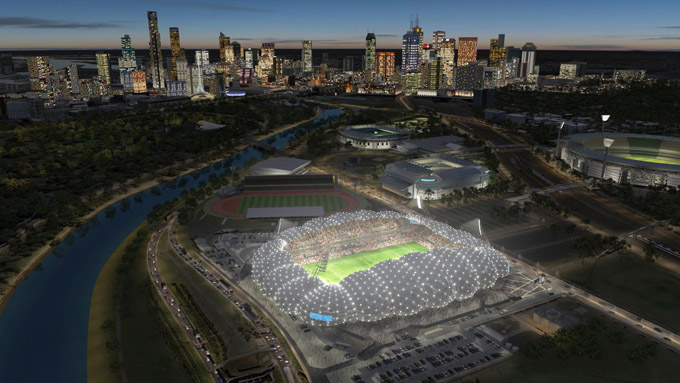 Pride in sporting venues is also part of the very culture that supports sports so proactively. To stand on the same level as the Bird’s Nest, the Water Cube, Wimbledon, Coliseum and all sports architecture icons, new and old, great sporting venues support and enhance the cities in which they stand.
Melbourne expects its new Rectangular Stadium to not only contribute to the city’s sporting life, but also to be a focal point of the city’s Olympic Sports Park and Entertainment Precinct — only a short walk from the city center.
Fractured architecture is slowly becoming synonymous with 21st-century architecture in Melbourne. From the honeycomb concrete façade of Federation Square, to the steel tubing we recently wrote about on the city’s new recital centre, the bio-frame roof of the Rectangular Stadium already looks like it belongs. The roof will be covered with thousands of LED lights that can shine in many colors. They will be programmed to follow patterns that mimic the crowd’s energy during a match — soccer with Victory or rugby with Storm — or any other game or event.– Andrew J Wiener