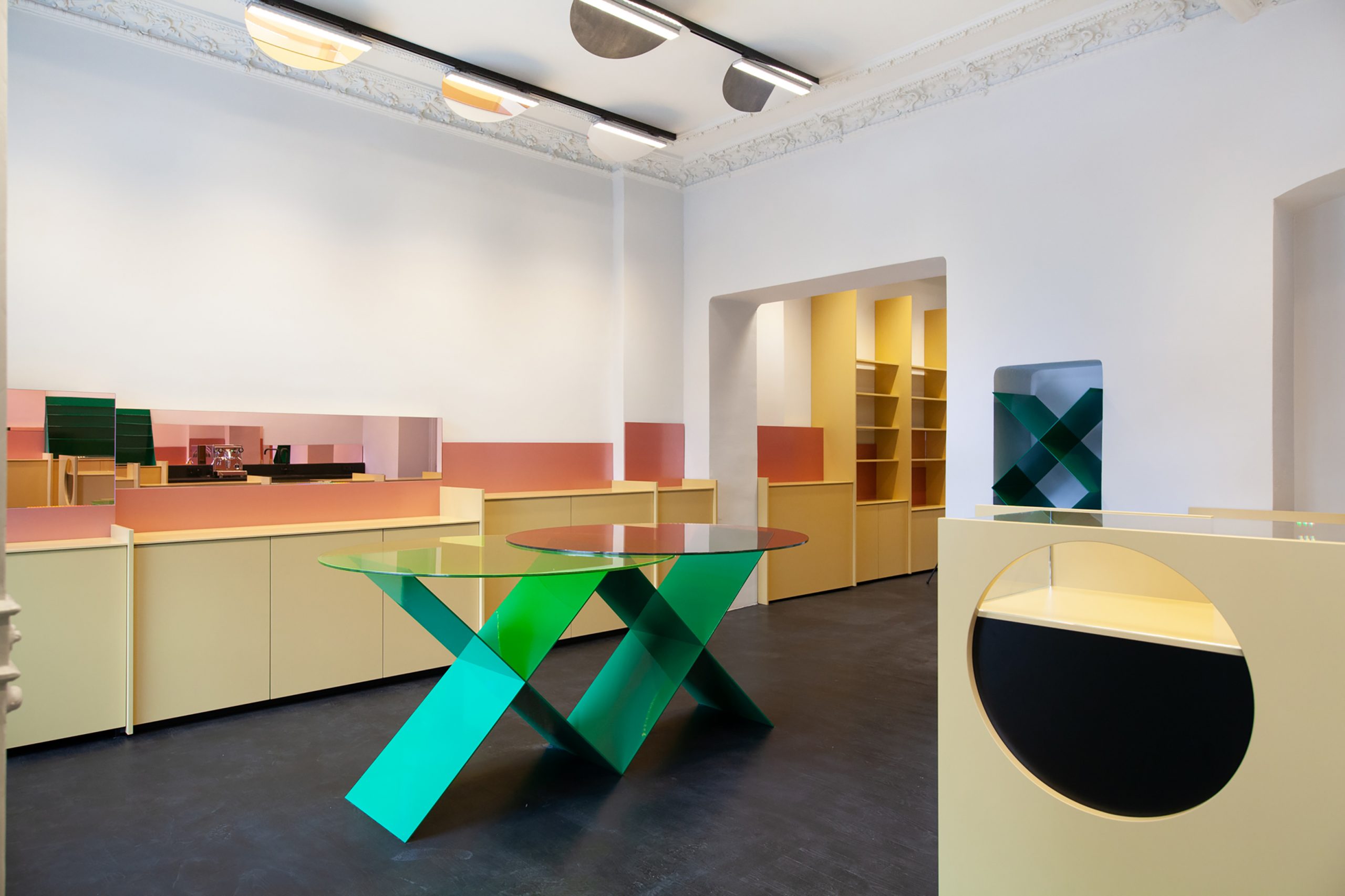 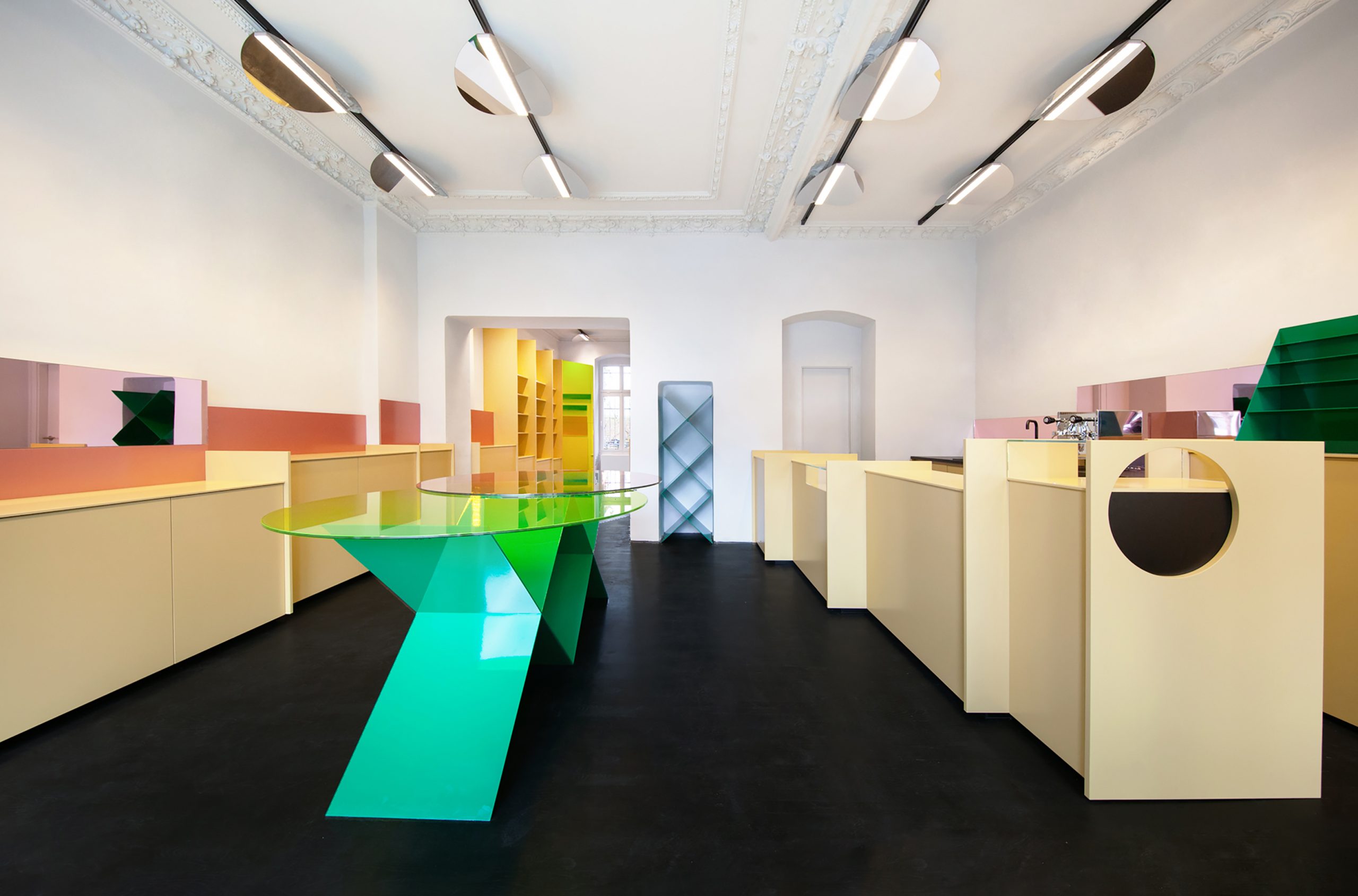 However, Gonzalez Haase’s work with the distinctly feminine MDC Melanie Dal Canton Cosmetics is less violent or dramatic. The space itself on the ground floor of a late 19th century listed residential building is decidedly basic, as are the fixtures. The drama comes from the cut outs and the round shapes and mirrors that repeat in the ceilings and fixtures. More markedly, it is the colours that draw attention. The original ceiling mouldings add an ornate contrast to the highly Instagrammable candy-coloured environment. 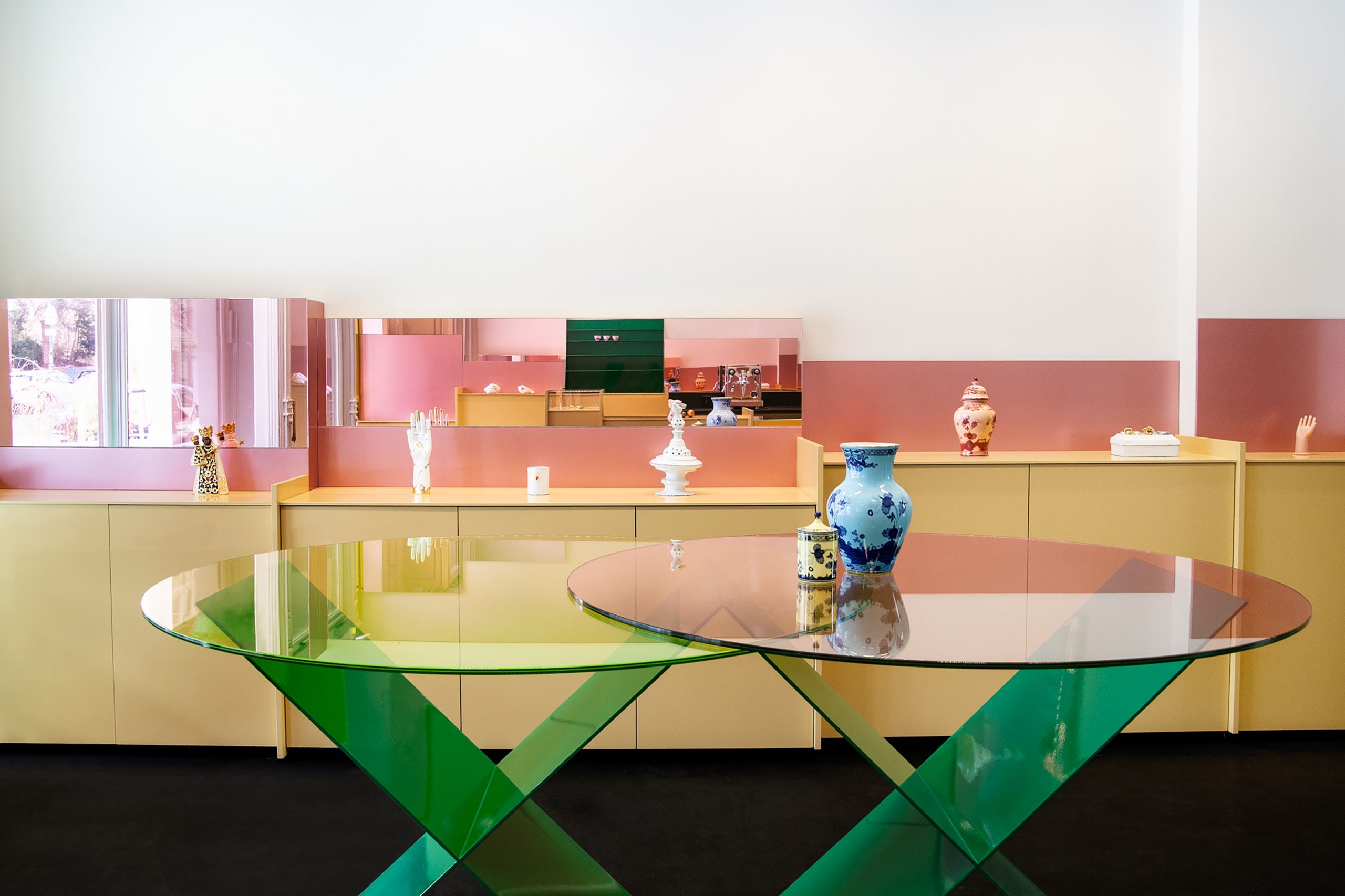 The design firm and the Berlin-based MDC brand have worked together as the cosmetic brand has grown from the initial MDC Cosmetic Berlin store in the leafy-green Prenzlauer Berg district on Diedenhofer Straße.

It was followed by adding MDC Cure Berlin and now, earlier this year the latest addition, MDC Next Door. The brand has developed from a cosmetics and treatment concept into a tightly curated exploratory lifestyle brand where individual cosmetics, fragrance and treatments are juxtaposed with art, jewelry and other objects. 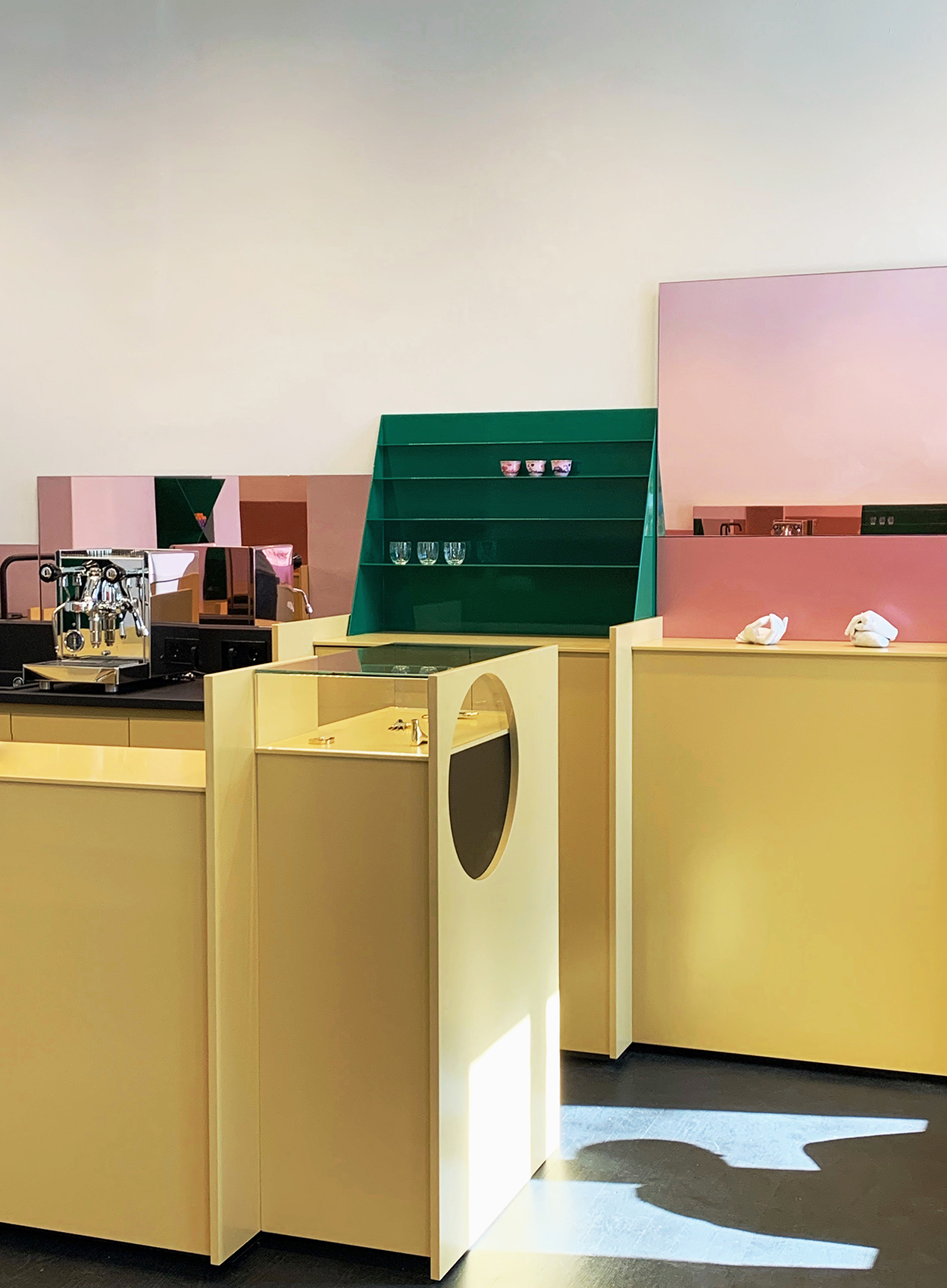 MDC Next door is a cabinet of curiosities that brand founder Melanie dal Canton says is expressing the pandemic-era need for small indulgencies and beautiful surroundings. To start, dal Canton is cooperating with two Berlin-based artists: illustrator Kitty Kahane by offering her hand-painted porcelain pieces, and jewellery designer Sabrina Dehoff by showing her jewellery. 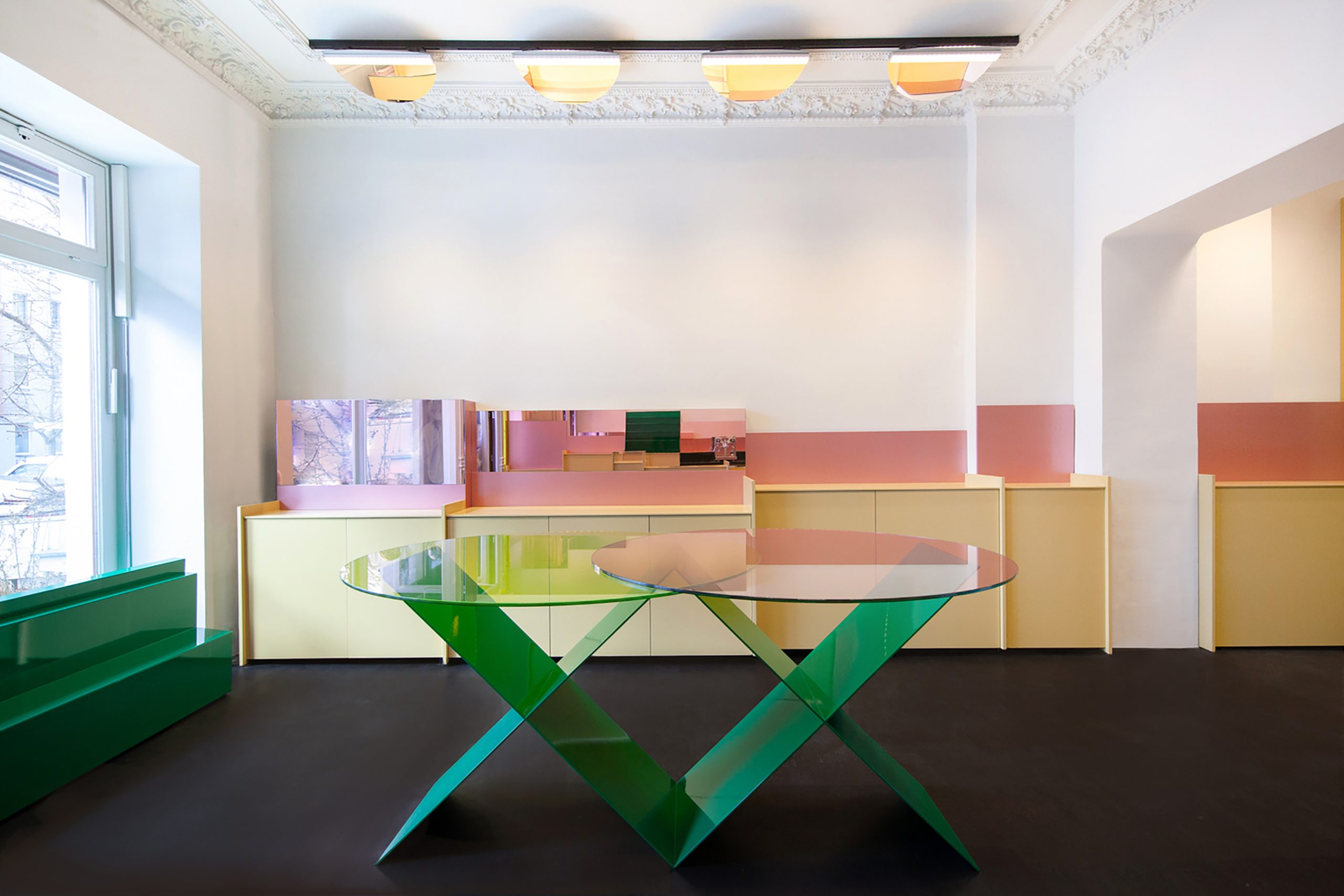 Interesting synergy has brought in coffee beans of the family-owned plantation of Gesa Hotzen that manages the sales in the German Branch of the traditional apothecary brand, Florence-based 80-store Santa Maria Novella www.smnovella.com in Munich. Melanie del Canton’s MDC manages that store as well and she has been a long-time fan of the brand whose products and treatments are available at all of MDC shops. 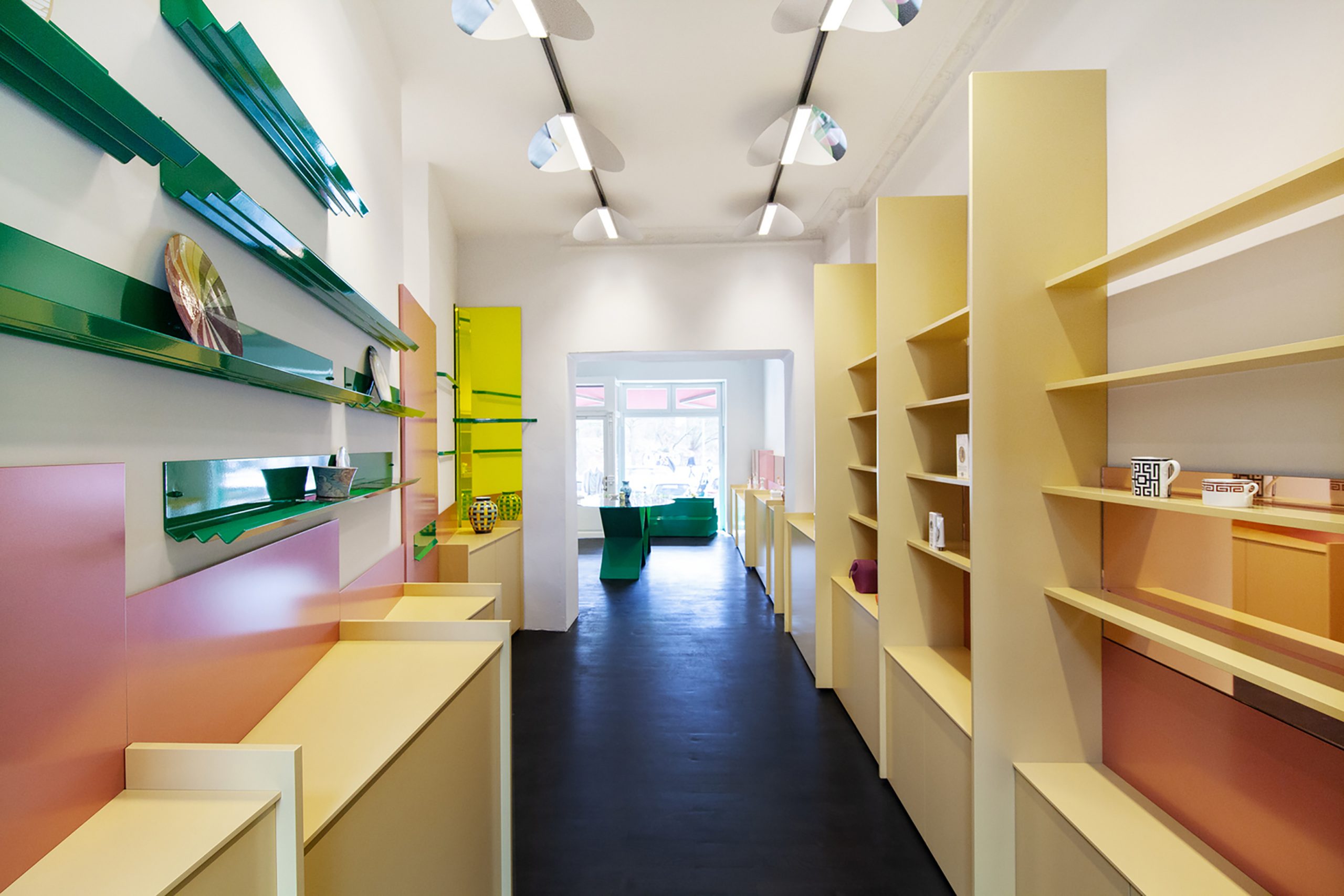 Curation and synergy have been part of del Canton’s business credo since the beginning. MDC Next Door is most likely just another addition to the carefully expanding lifestyle brand.  Tuija Seipell. 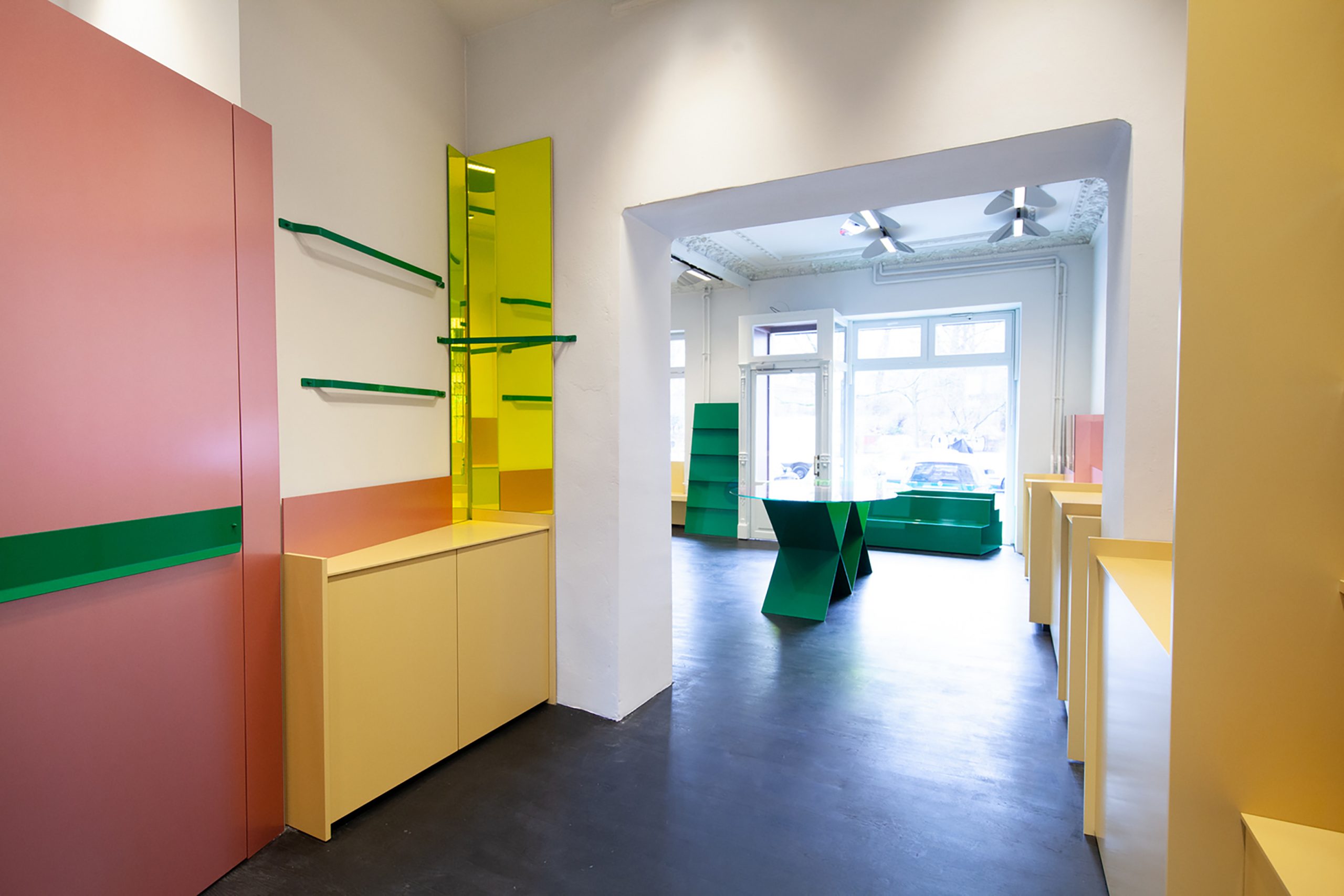