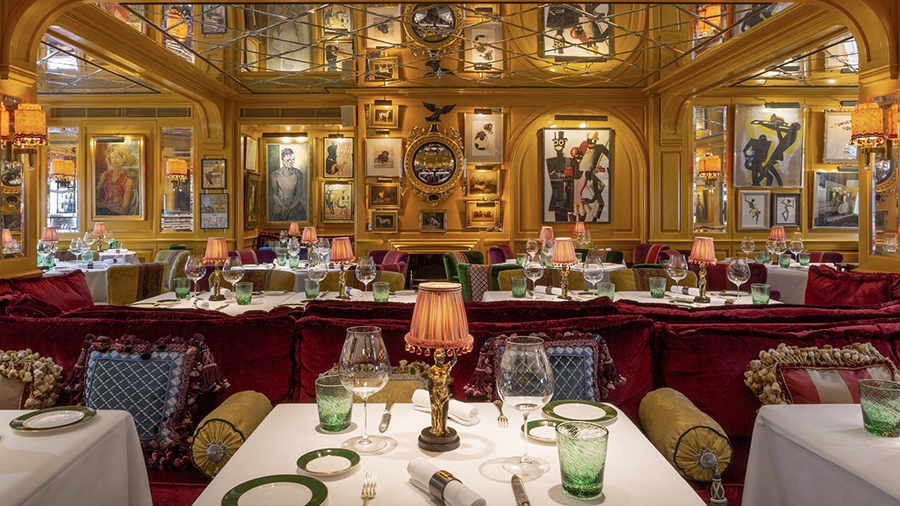 The British eccentric interior design is a bit excessive for those of us with minimalist leanings, but if anyone can handle it, it would be Martin Brudnizki https://mbds.com/. 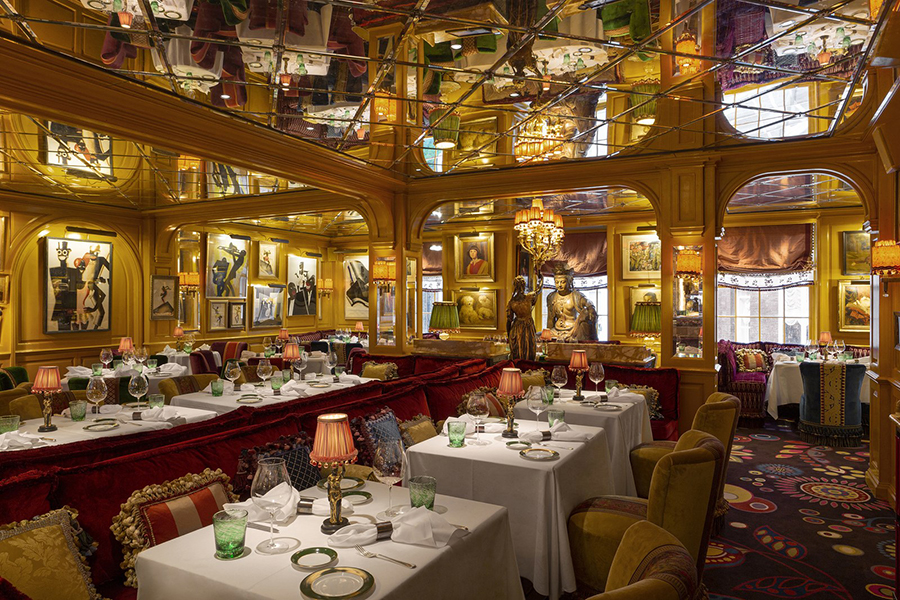 The new owner of the private club Annabel’s, Richard Caring, often taps Brudnizki as he did when he moved Annabel’s in 2018  and again this year, when he wanted a new restaurant for the club’s mews house. Called Matteo’s, the new restaurant will open later this month. 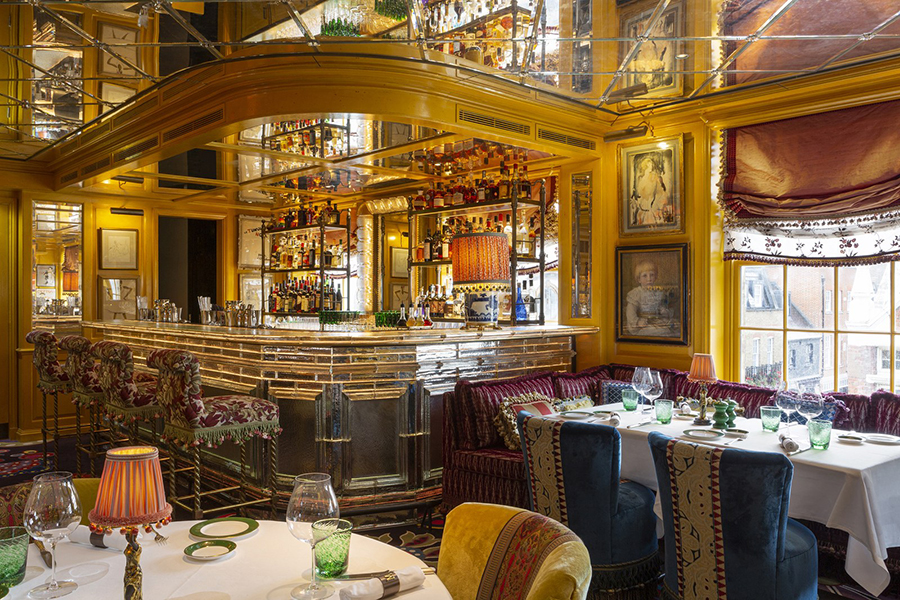 Matteo’s design pays homage to the legendary original private club. Brudnizki has selected yellows, greens and reds as the key colours and reintroduced many of the original Annabel’s memorable features, such as the purple floral carpet, the massive gilded Buddha, tasseled furniture and fantastic art.

Brudnizki then added a mirrored ceiling and a glass bar, both of which further blur the lines of up and down and by doing that, he manages to confuse us minimalists even more. How much more can you add, we wonder. Yet we must admit that there is a deliciously snobbish air of confidence in all of the extravagance. Brudnizki really does know what he’s doing. 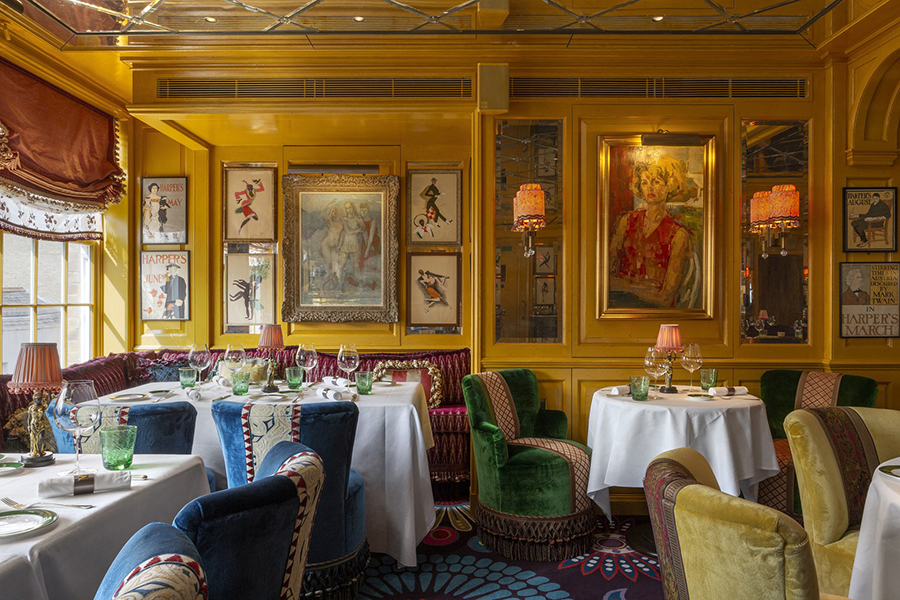 London’s famed private club Annabel’s was established in 1963 by the late hospitality entrepreneur Mark Birley, who named it after his wife, Lady Annabel Vene-Tempest-Stewart, whom he divorced in 1975.

The club quickly became the hotspot of British aristocrats, artists and bohemians. In 2007 Richard Caring, a British businessman, multi-millionaire and chairman of Caprice Holdings bought the the Birley Group that included Annabel’s at Berkeley Square in Mayfair, Harry’s Bar, Mark’s Club and Birley’s vast art collection. 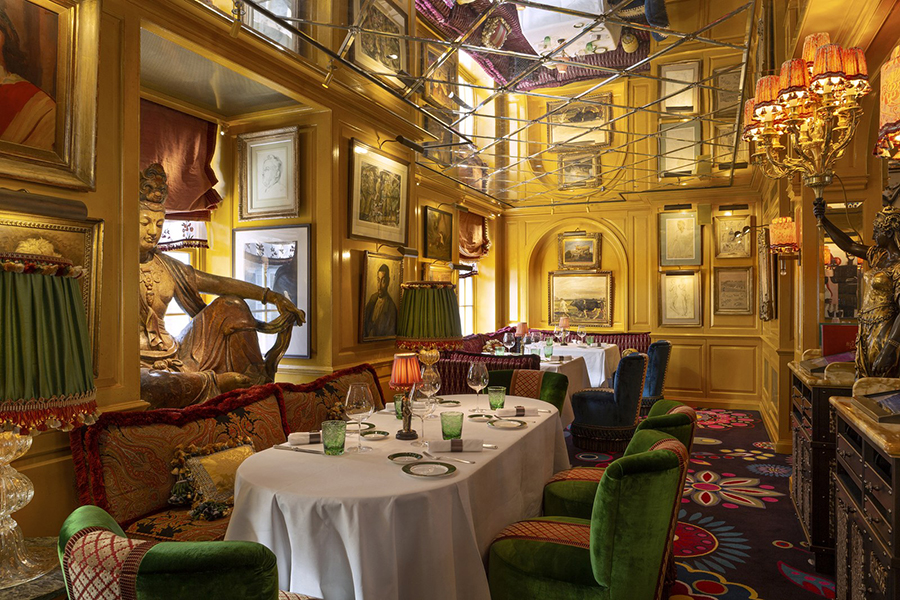 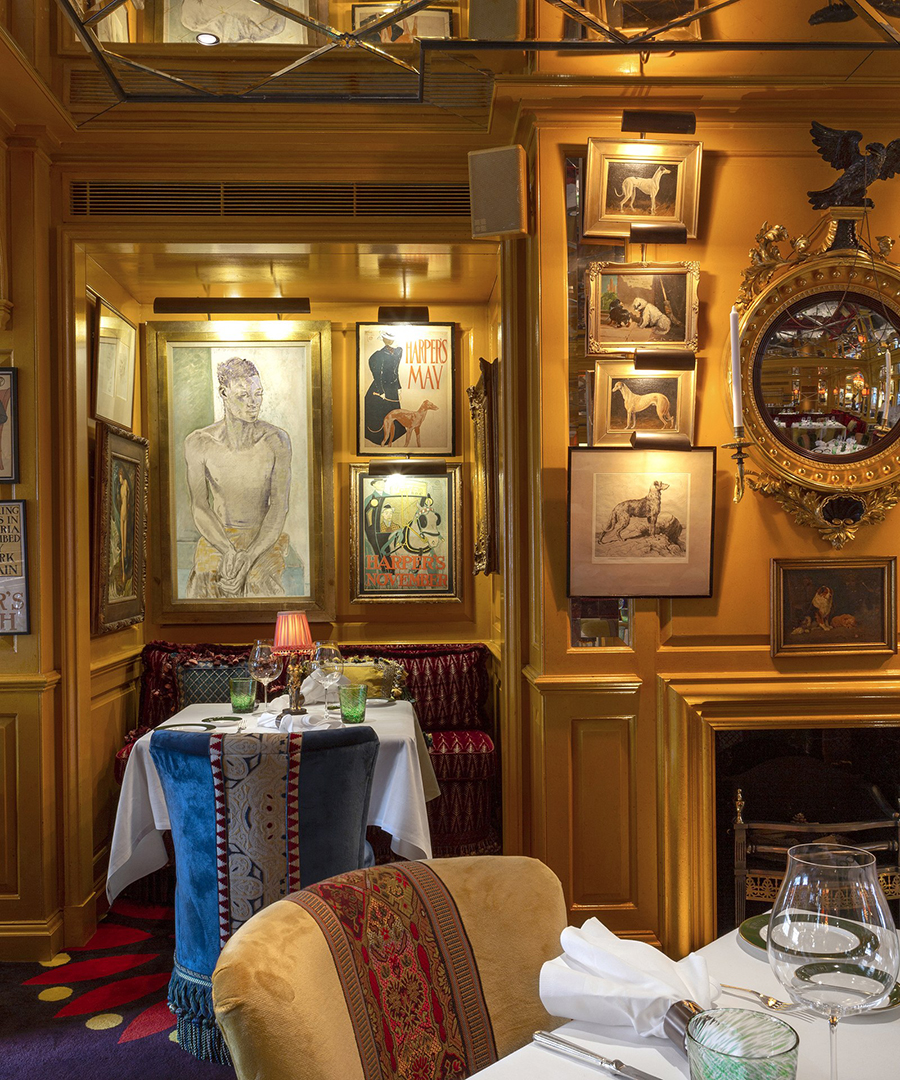