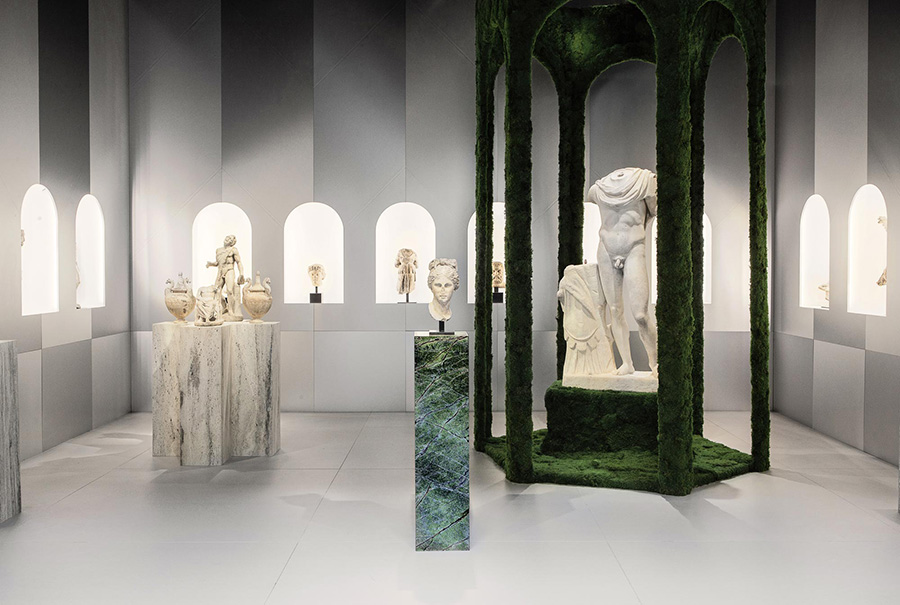 The work of the French multi-disciplinary designer-turned-science-based-artist, Mathieu Lehanneur is turning up everywhere. 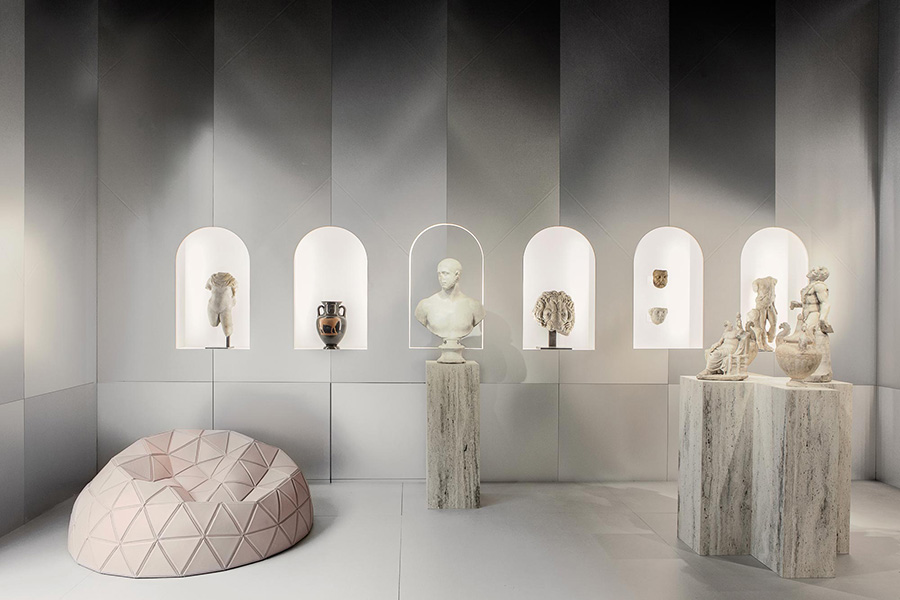 His installations, often focused on water, air, sound and light, are thought-provoking and as close to scientific innovation as they are to art. 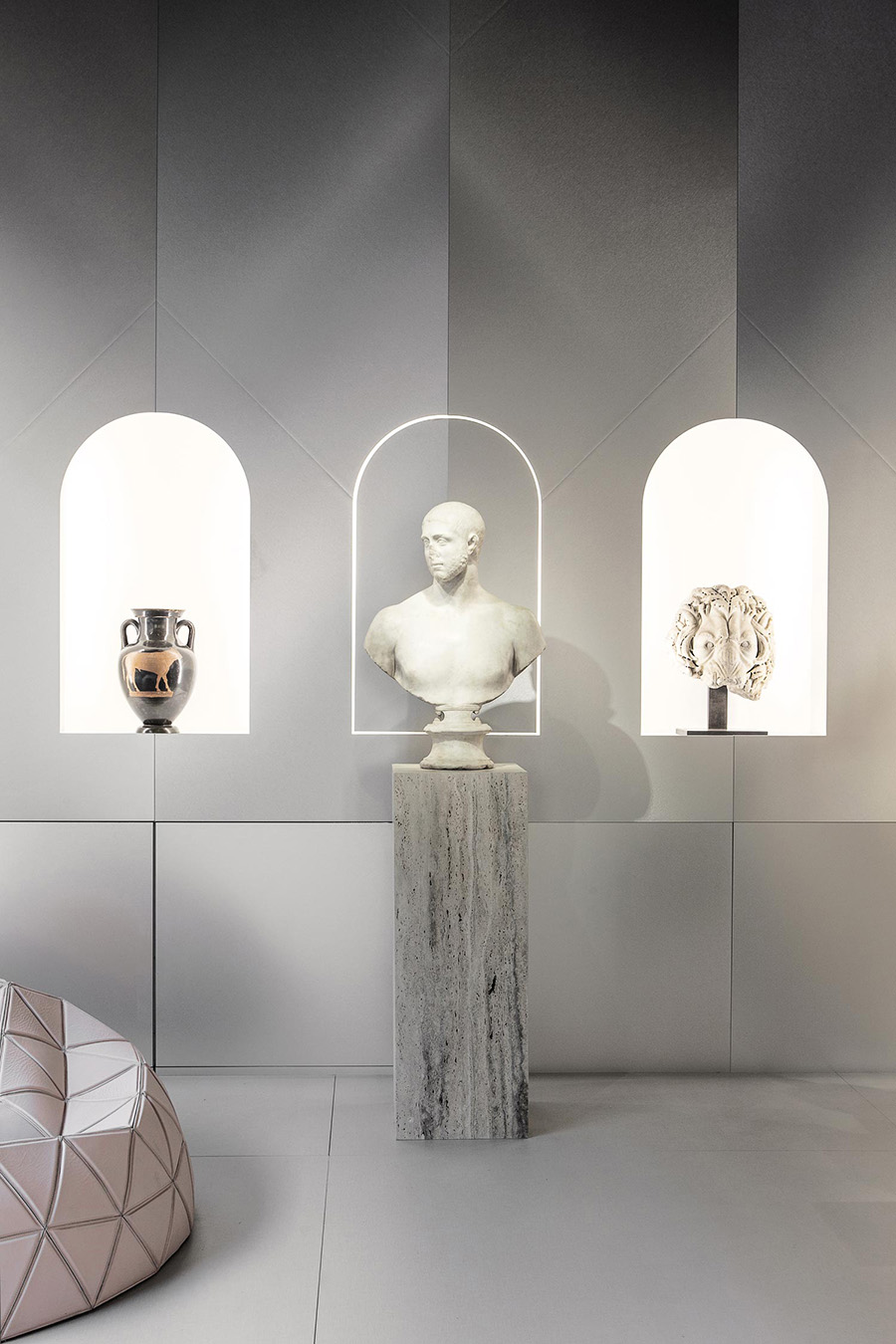 A good example of this is Andrea, one of his two pieces included in the permanent collection of the Museum of Modern Art in New York. He describes it as ‘an indoor air purifier that absorbs, through the plant which is housed inside the unit, toxic particles released by plastic, wood, fabric or metal items in the places where we live.’ 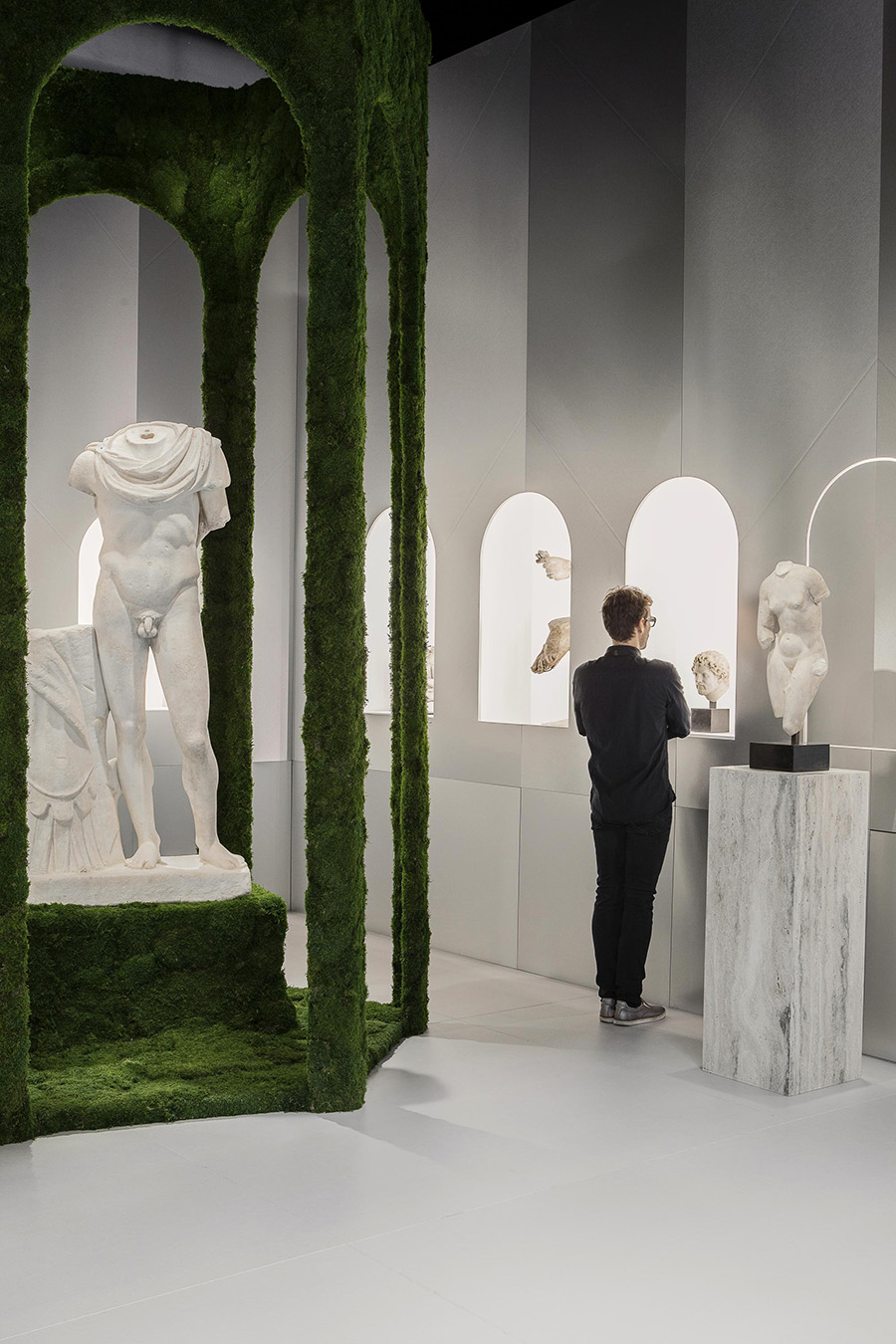 Lehanneur works with well-known brands as well, including Veuve Cliquot, Cartier, Poltrona Frau, Issey Miyake and Nike, and with hotels and public institutions.

Our recent favorite of Mathieu Lehanneur’s work is the commission he completed for Galerie Chenel, the well-respected gallery of archaeological objects and Roman antiquities on Quai Voltaire in Paris. 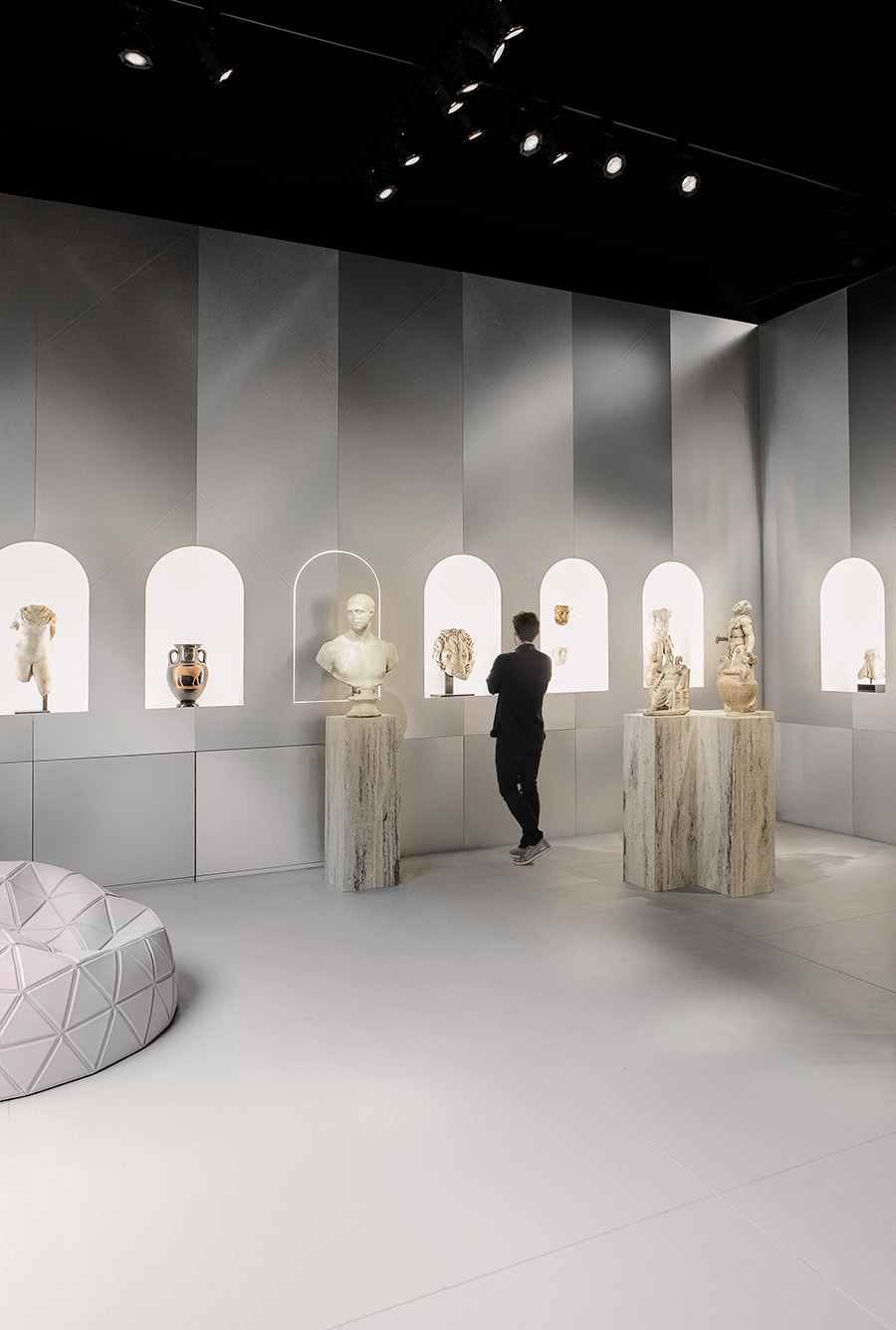 He created the eye-catching framework and concept to display the prestigious objects at Galerie Chenel’s 60 square meter booth at this year’s Biennale des Antiquaires at the Grand Palais, Paris.

Lehanneur conjured up a fascinating mix of specific and sublime, allowing the art pieces to remain the main focus, yet clearly indicating that something new and fresh is going on. – Tuija Seipell. 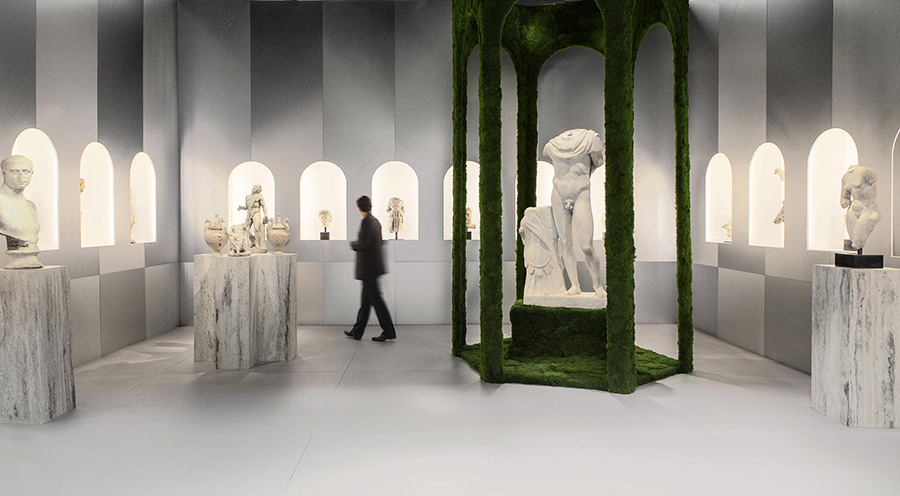