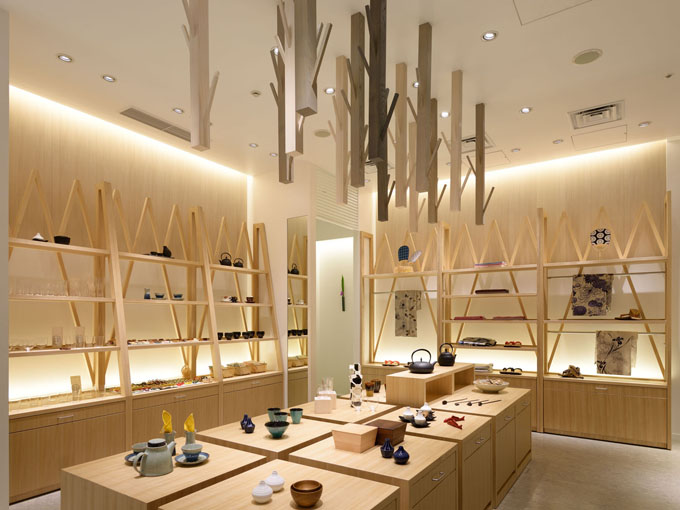 The recently opened Masters Craft ceramic ware boutique in the basement shopping area of Palace Hotel Tokyo is pure proof of what we already know: nobody masters the art of minimalism as well as the Japanese. Everything in this store, including how each individual item is displayed on the shelves and counters, manifests the skill of leaving all else out except what is needed for balance; of not being afraid of empty space, and of allowing every piece to tell its complete visual and tactile story. The 45 square-meter (484 sq.ft.) store was designed by Akemi Katsuno & Takashi Yagi, founders of Kyoto-based Love the Life.
For inspiration, they visited the Masters Craft headquarters in Mizunami city, located in the Tono region of Gifu in central Japan, where ceramics production dates back 1300 years. The trees, mountains and silence of the neighboring area inspired the 14 tree-trunk- poles suspended from the ceiling. The visually prominent materials of the shop interior — Castor Aralia tree and ceramic tiles – also speak the language of the region. 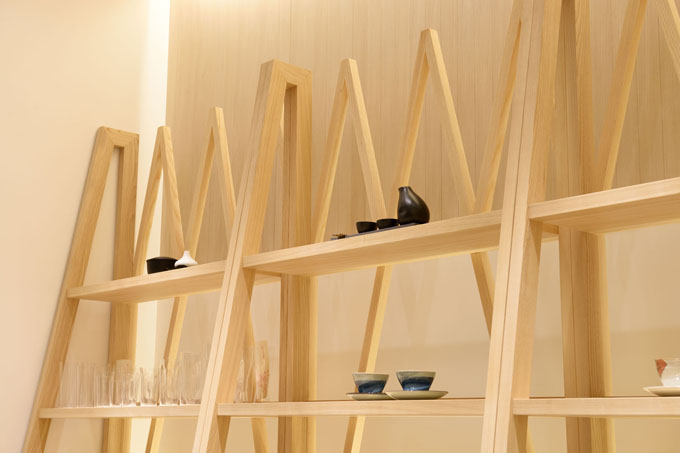 Palace Hotel Tokyo is located in the business centre of the city, and it faces the Imperial Palace and a lush park. It replaces the Hotel Teito and Palace Hotel that occupied the same site from 1947 and 1961, respectively. The 290-room Palace Hotel Tokyo opened in May this year and includes the second Evian Spa outside France. – Tuija Seipell 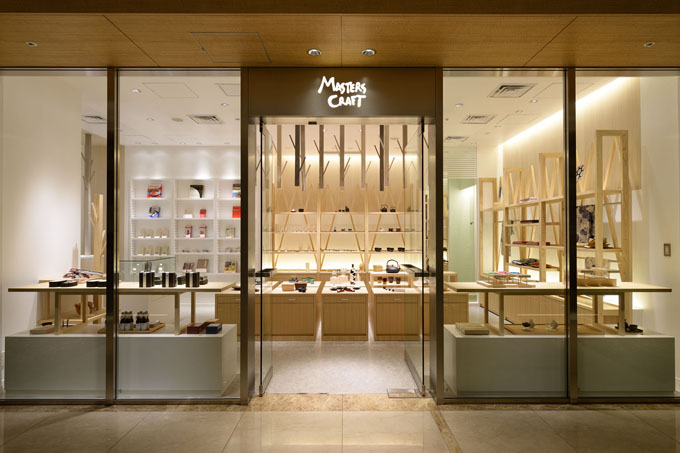