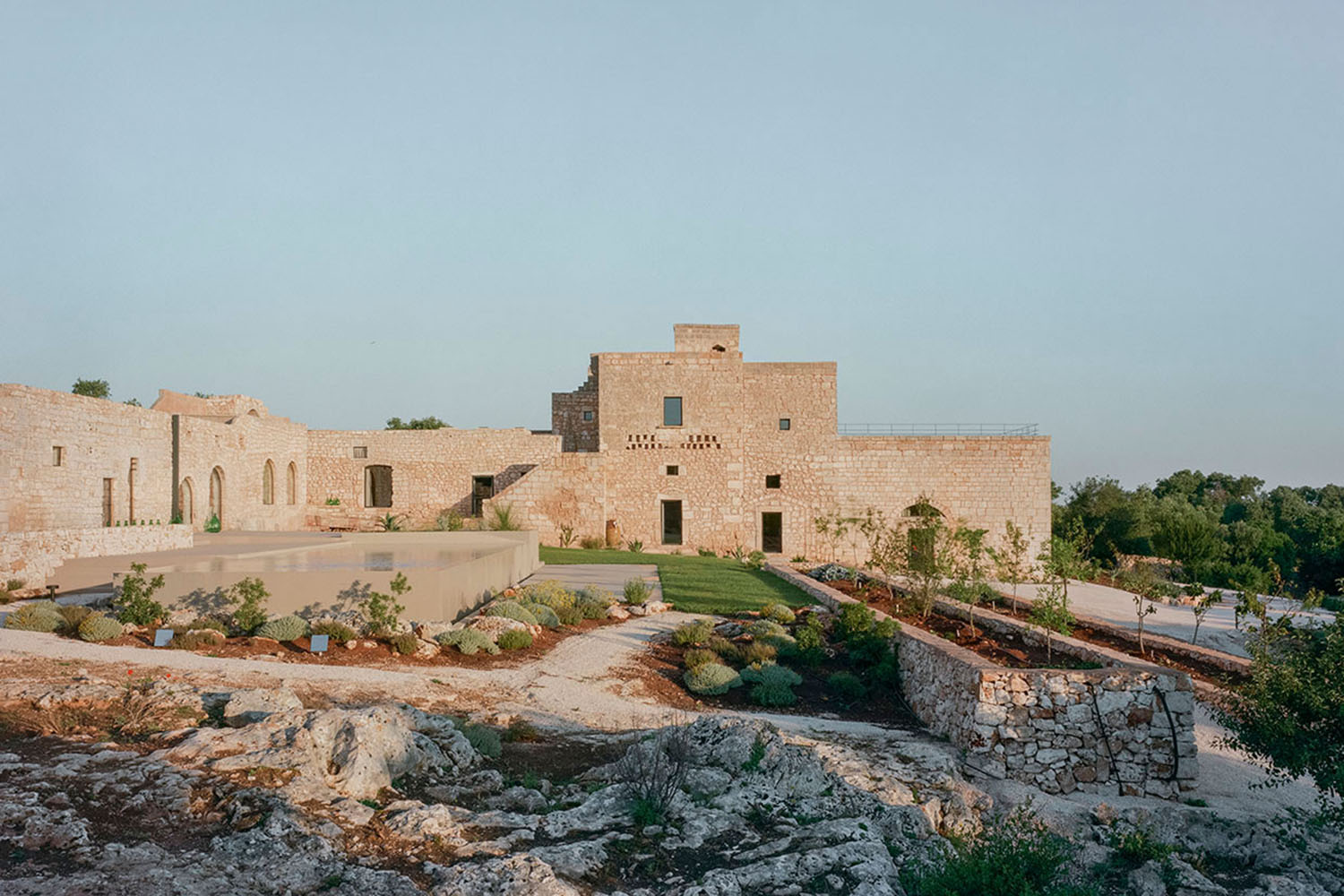 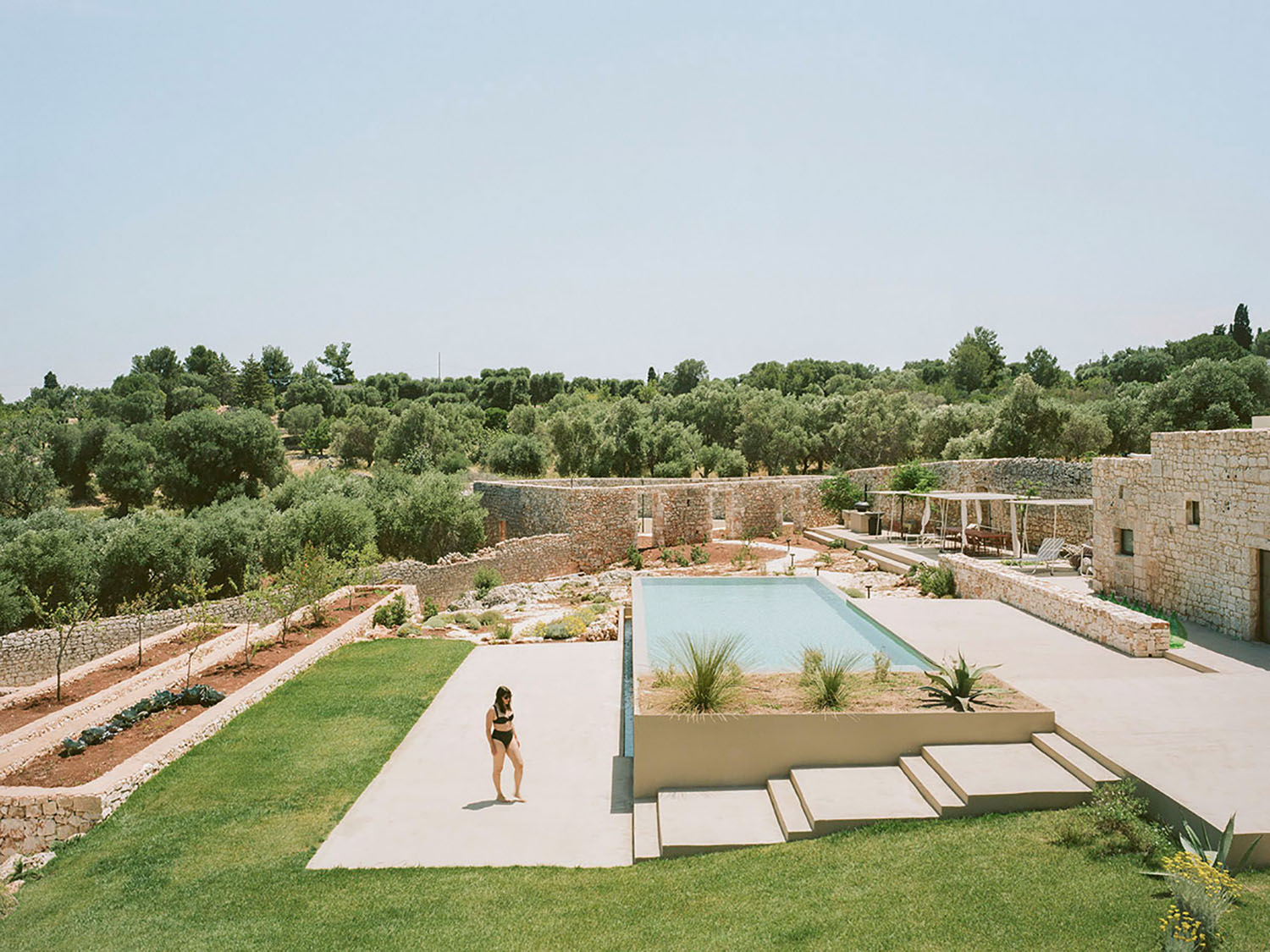 Masseria Belvedere is an expertly restored Italian 16th century masseria now functioning as a sophisticated guest house for up to 16 people. Located in the Puglia region, Masseria Belvedere drew our attention because of its elegant, low profile. Another redeeming quality that is even more significant than the low profile is the complete lack of distracting modern embellishments. 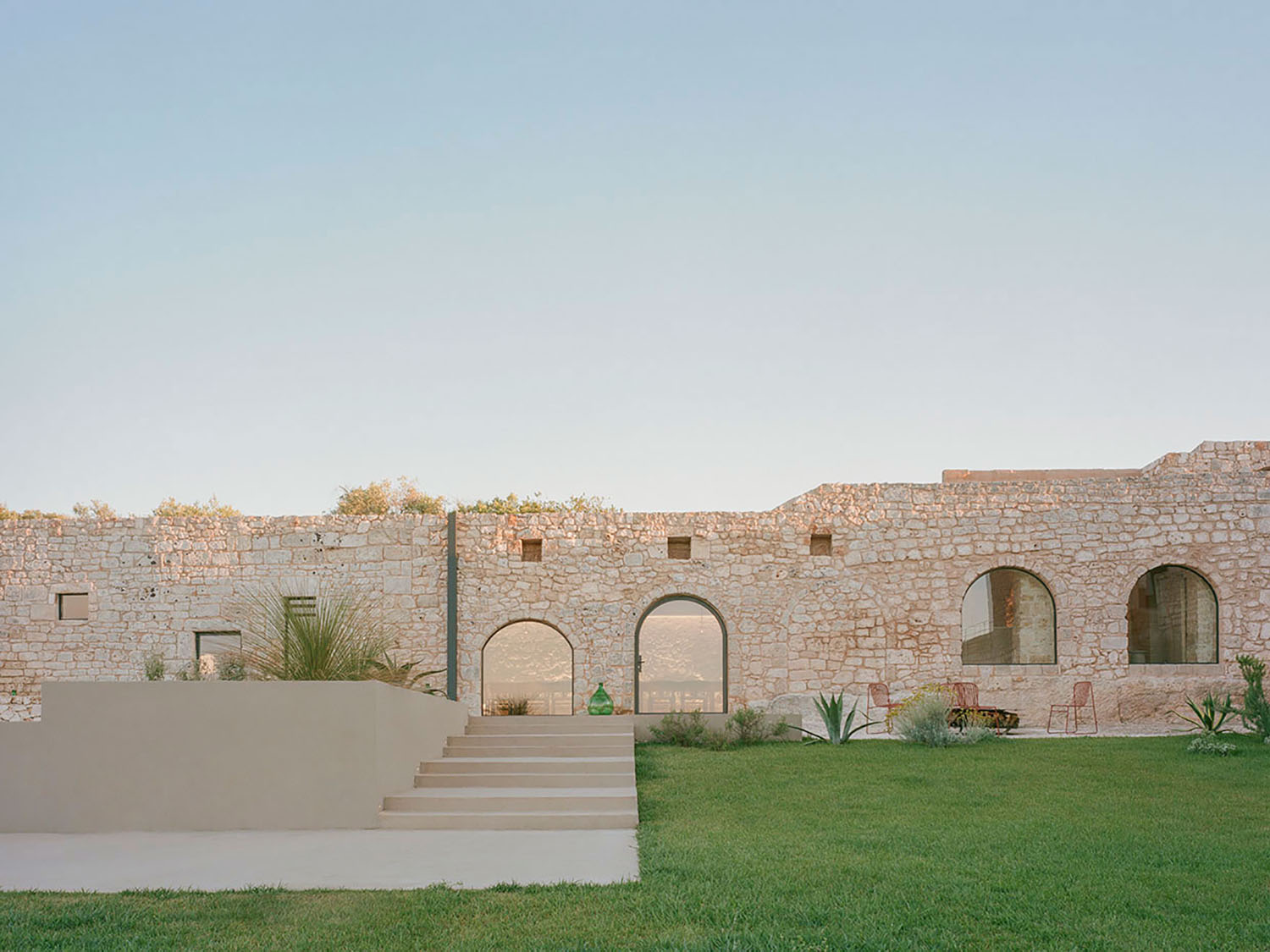 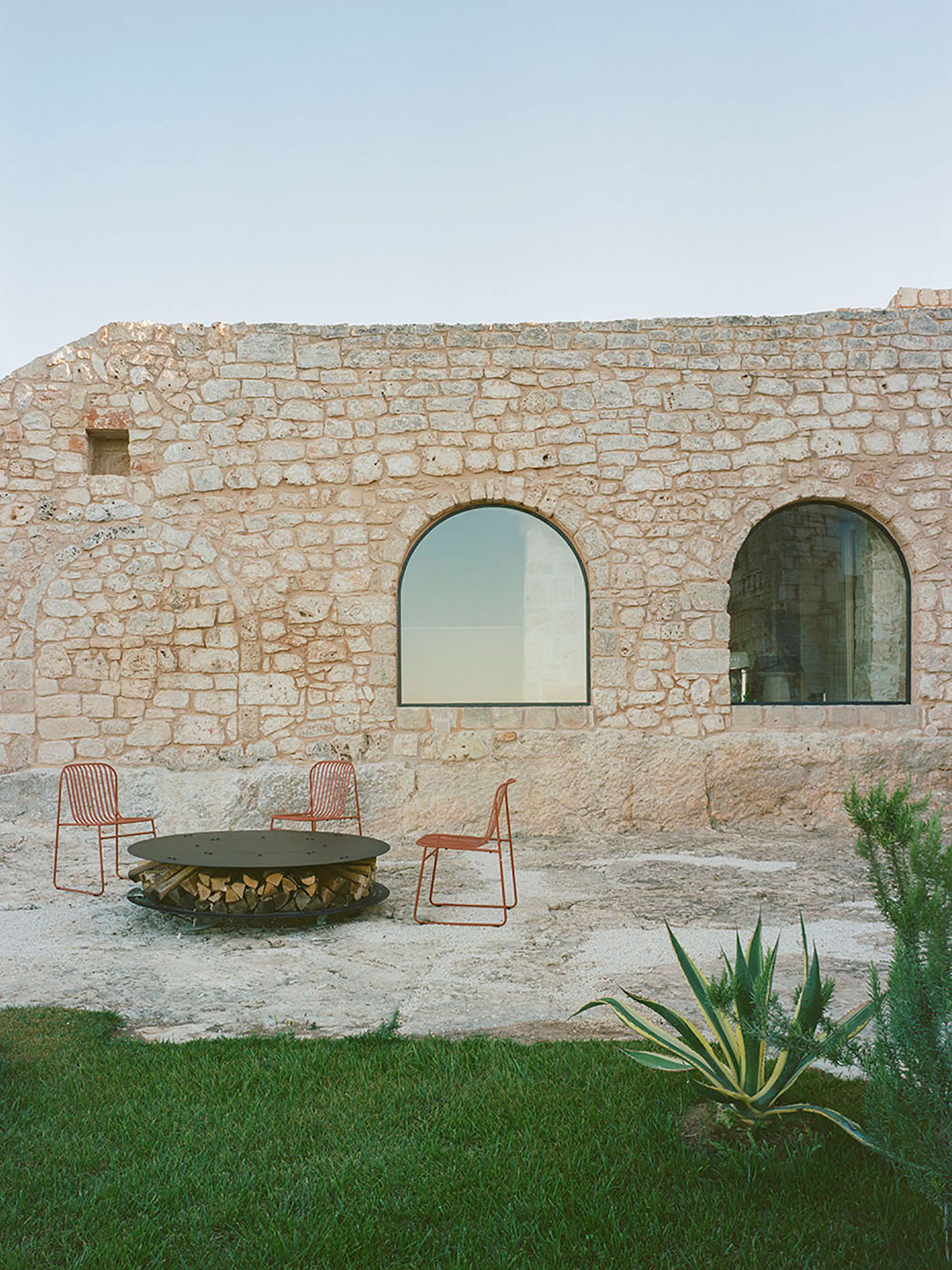 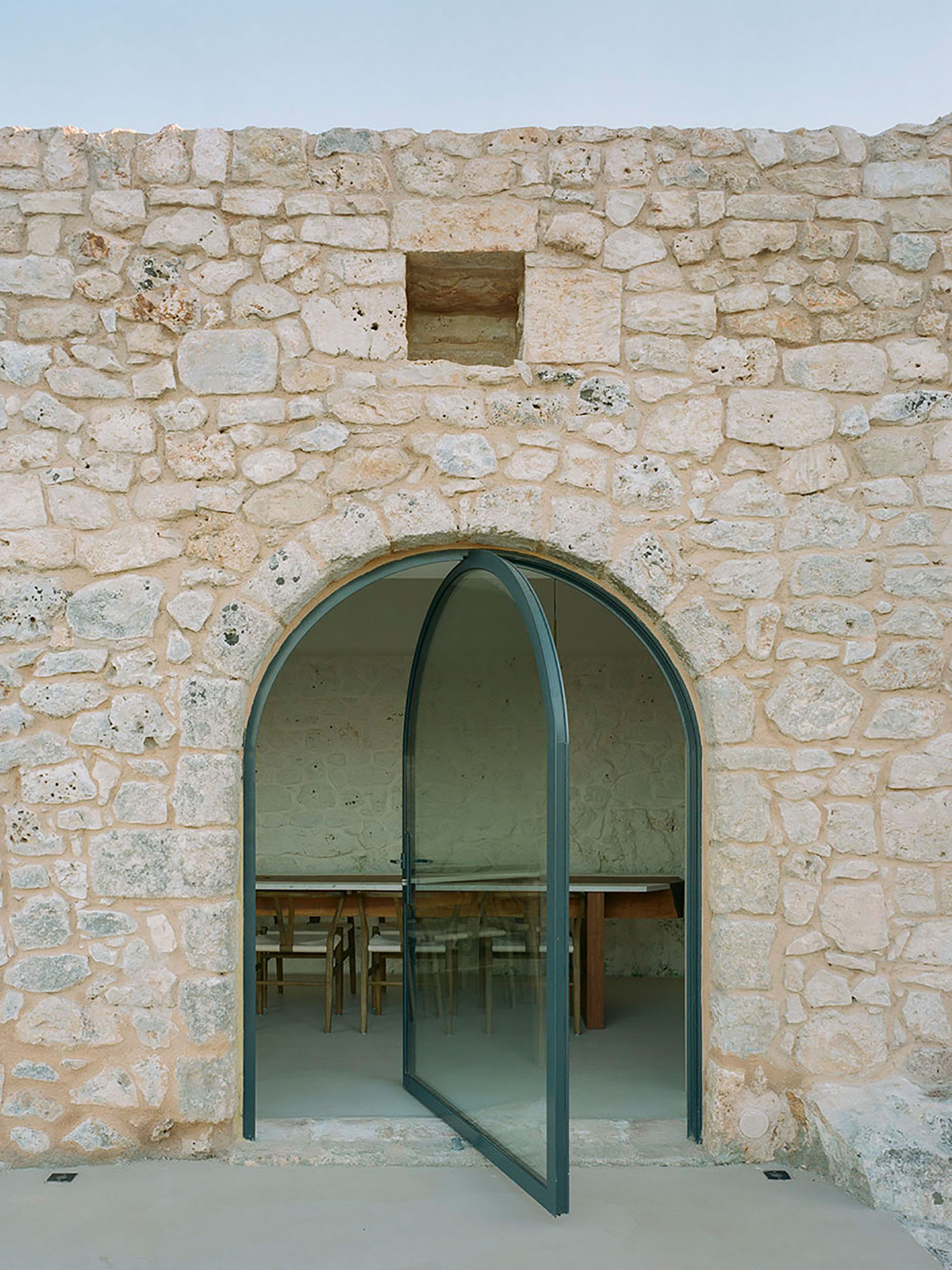 The architects have allowed the original natural stone walls to continue to speak the loudest. Everything else, including the gorgeous – and very modern – infinity pool stays discretely in a supporting role. Architects Nicolò Lewanski and Federica Russo, partners in Lecce, Puglia-based Valari have taken an enlightened, unintrusive approach that has not only produced a cohesive, well-functioning new whole but has also created a lasting legacy for the handsome compound. 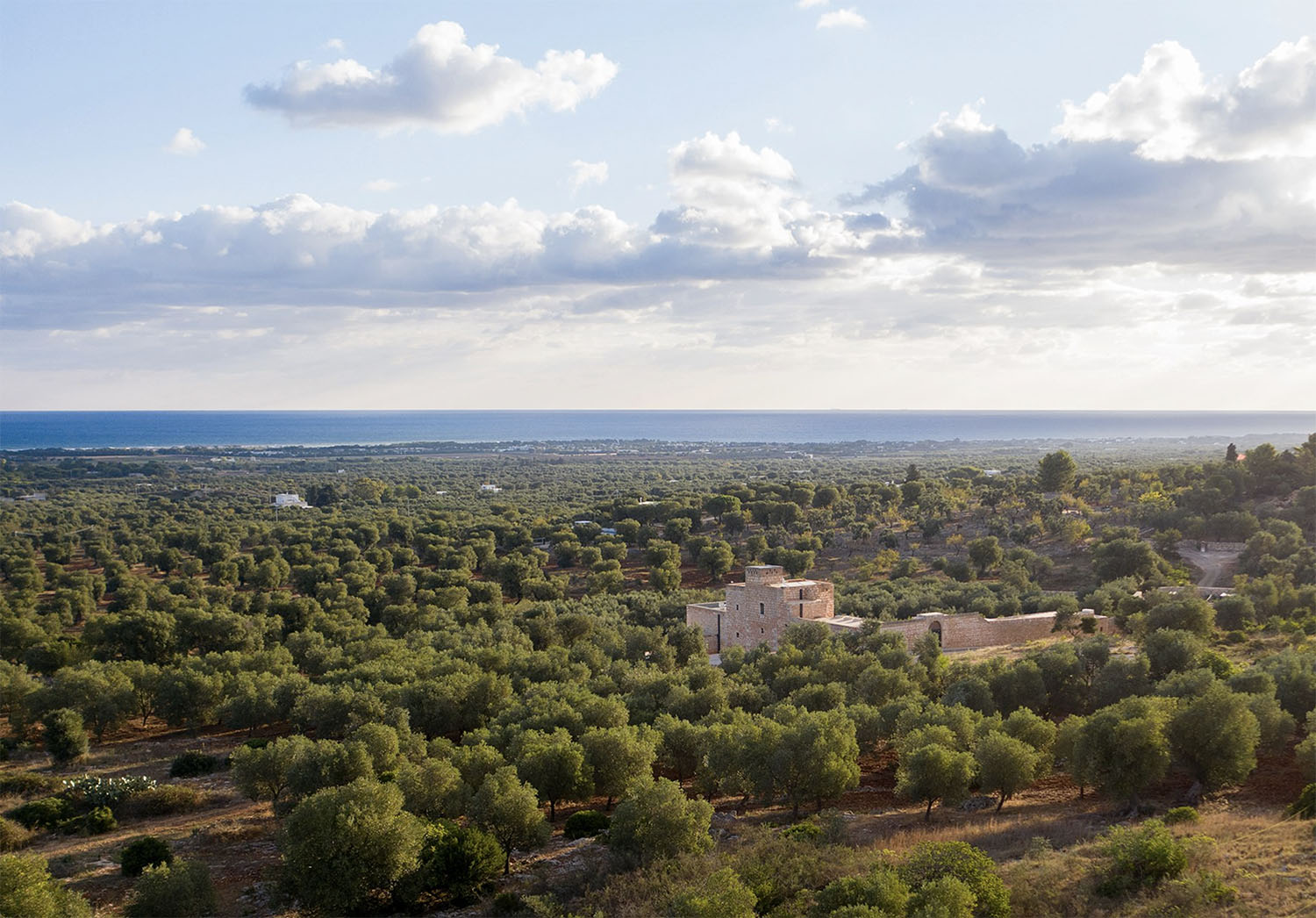 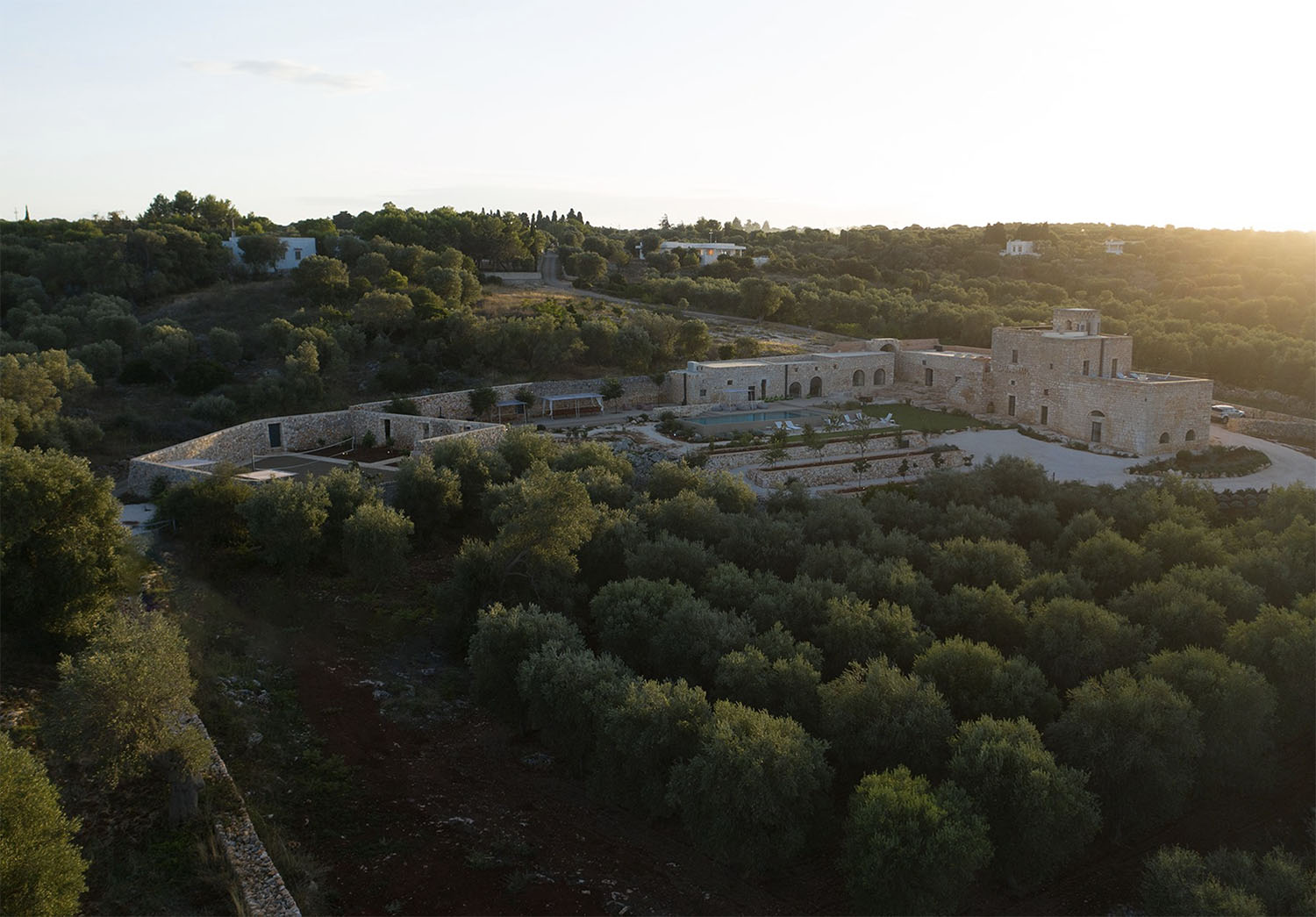 A masseria is a fortified farmhouse built in the 16th century on the estates in the Puglia region of Southern Italy. Usually, it consists of a pair of buildings running along two sides of a central high-walled courtyard. 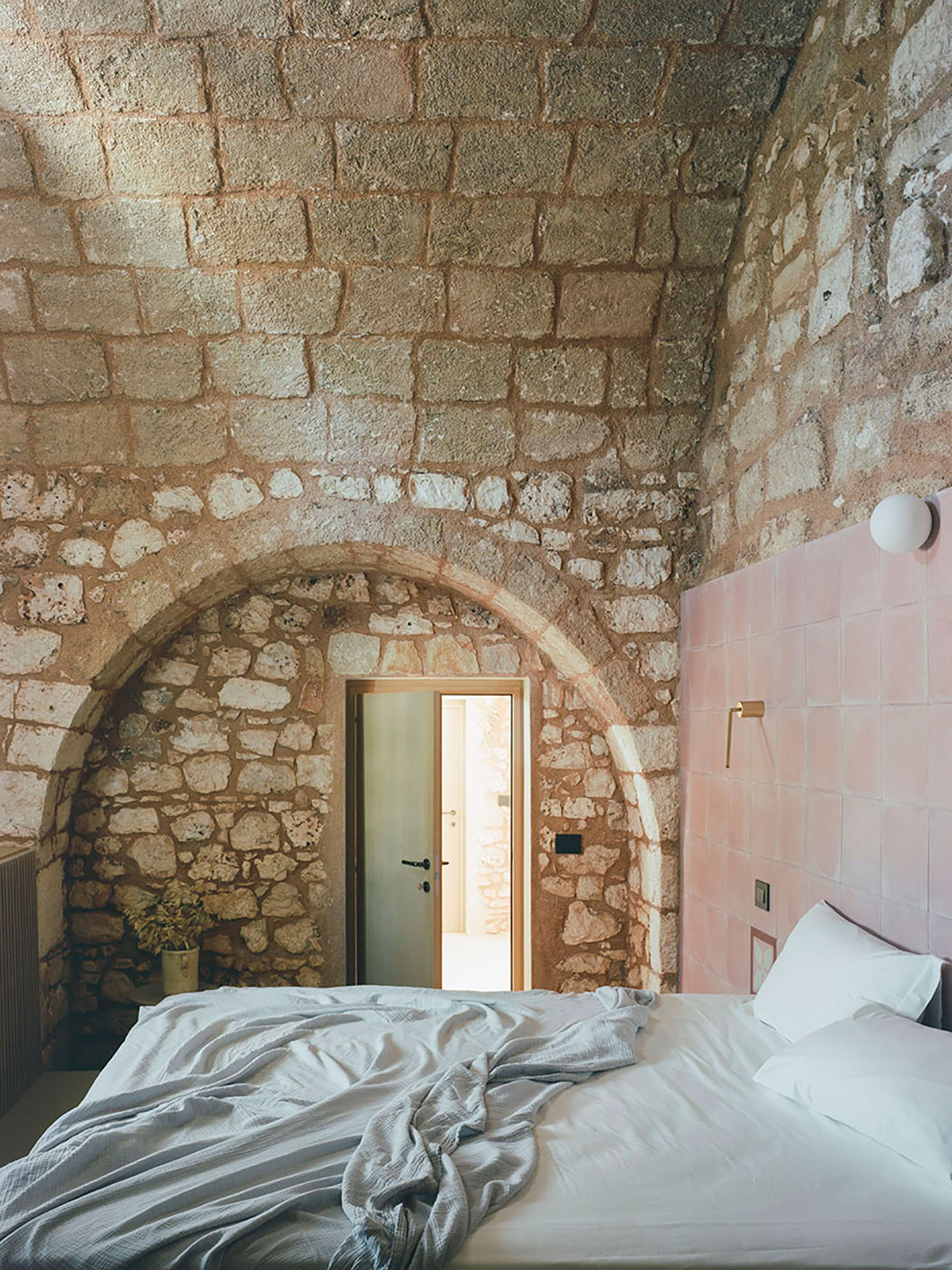 The Masseria Belvedere property extends over a hectare and a half of land that faces the Adriatic coast and includes an ancient olive garden. The structure is L-shaped with the original two-level farm house forming one wing and the restored stables the other. 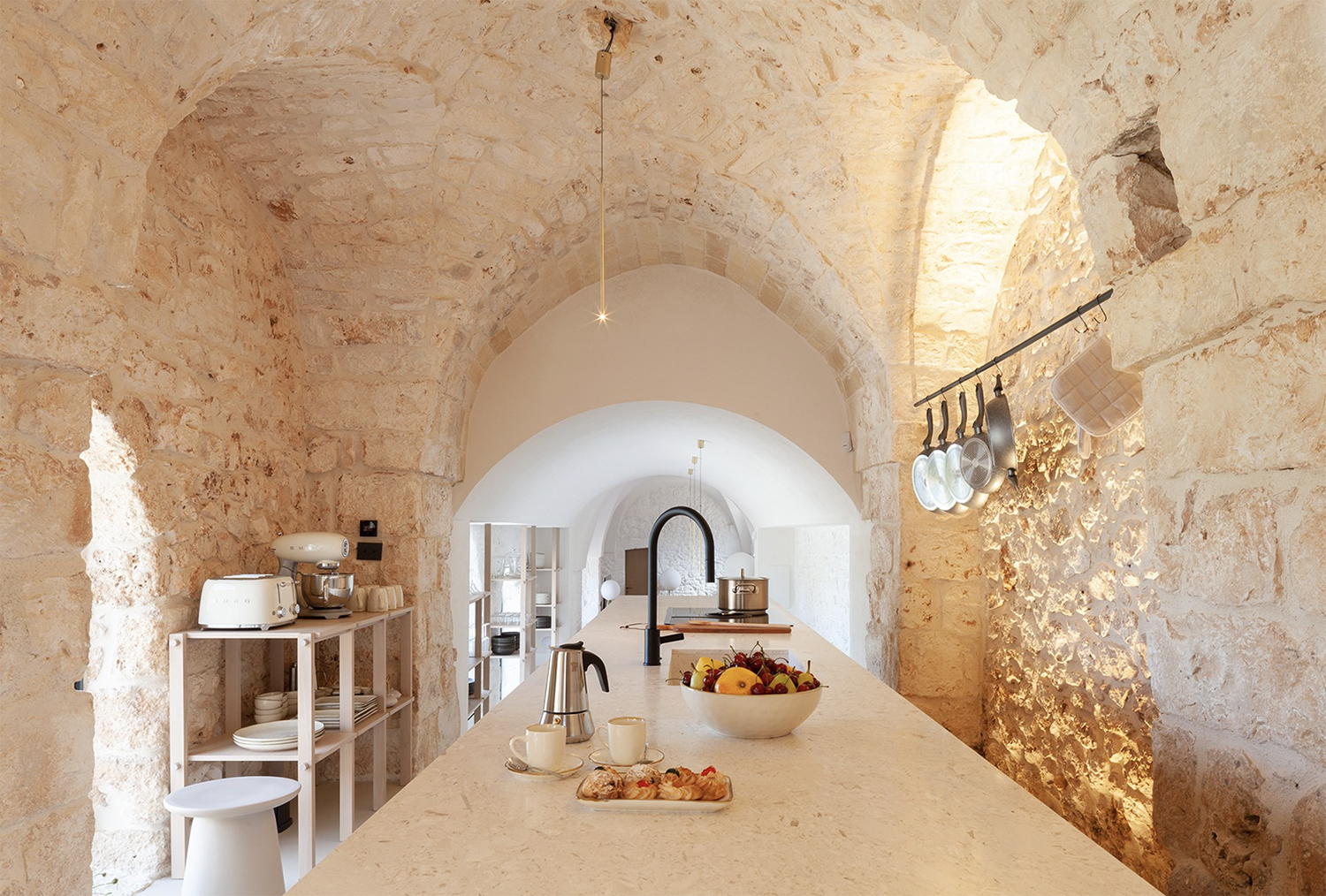 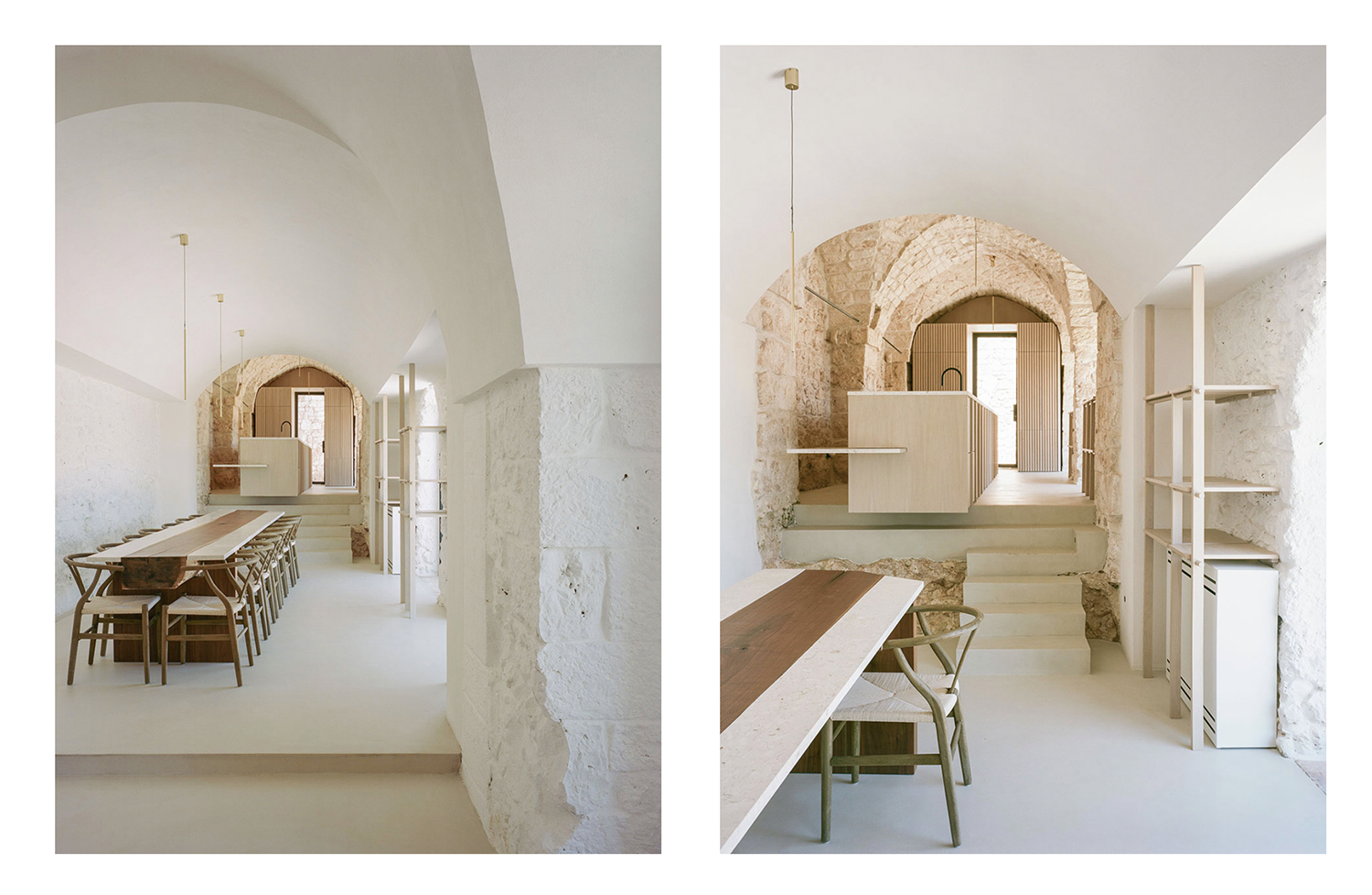 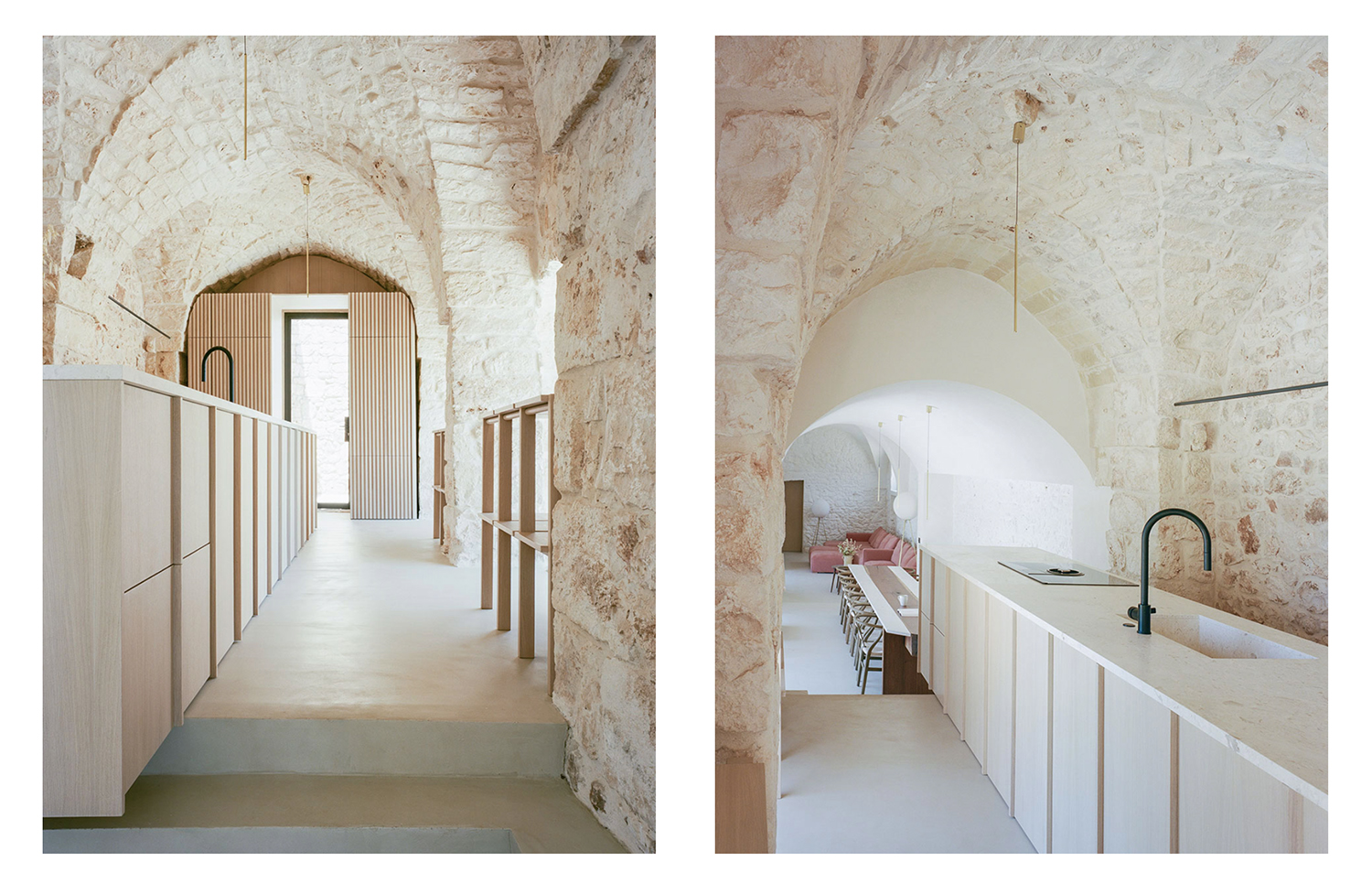 The architects decided right from the start that they would not increase the vertical mass of the buildings. Rather, they would focus on the horizontal. The result is not only an unintrusive overall profile, but also a set of gorgeous terraces, lawns and al fresco dining areas and, of course, the beautiful infinity pool. 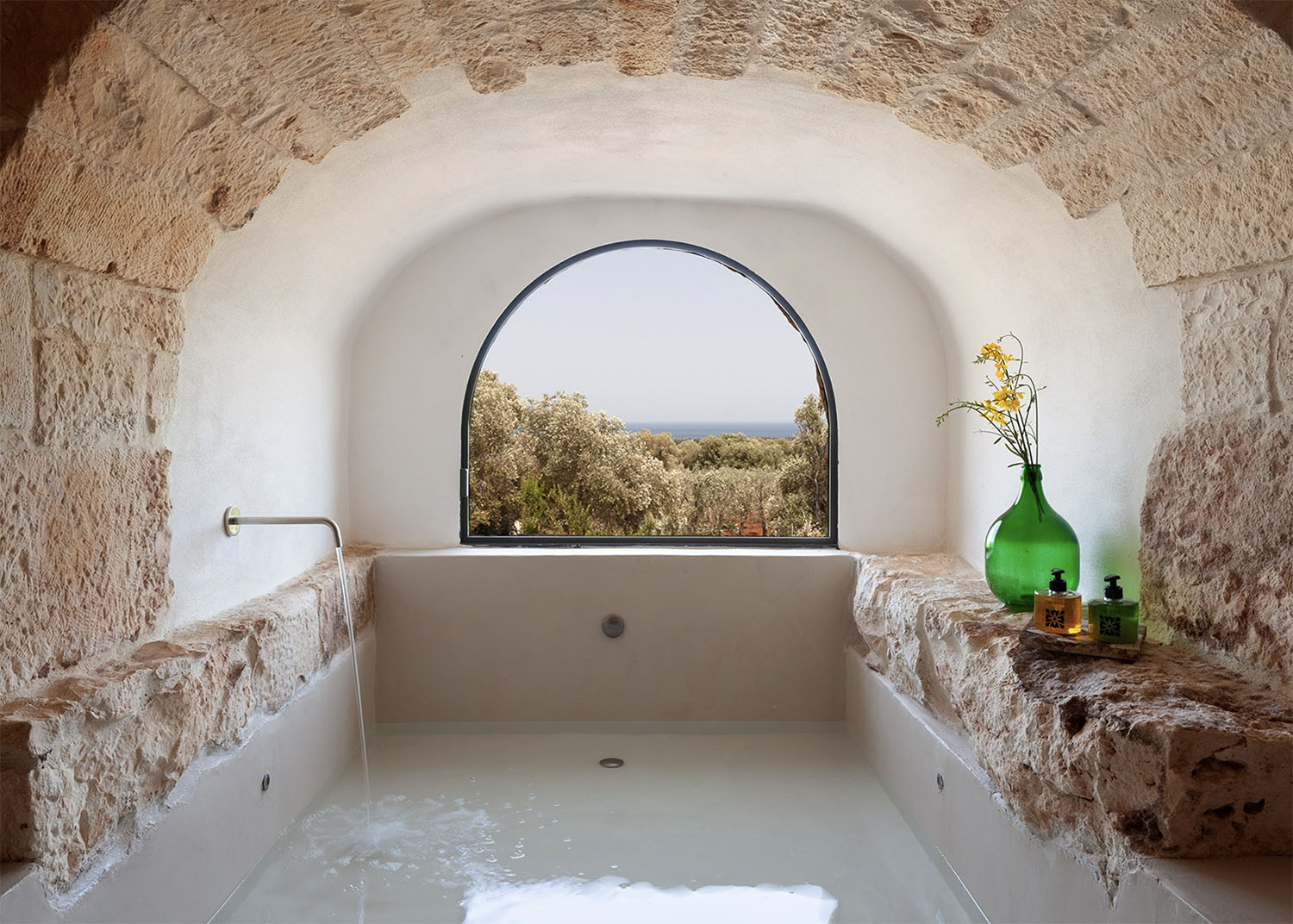 Another aspect of the architects’ approach was to not attempt to define the function of each segment or area of the compound, either inside or outside. Instead, things are left open, often unfurnished and, in a sense, undefined, although everything is clearly walled and segmented. 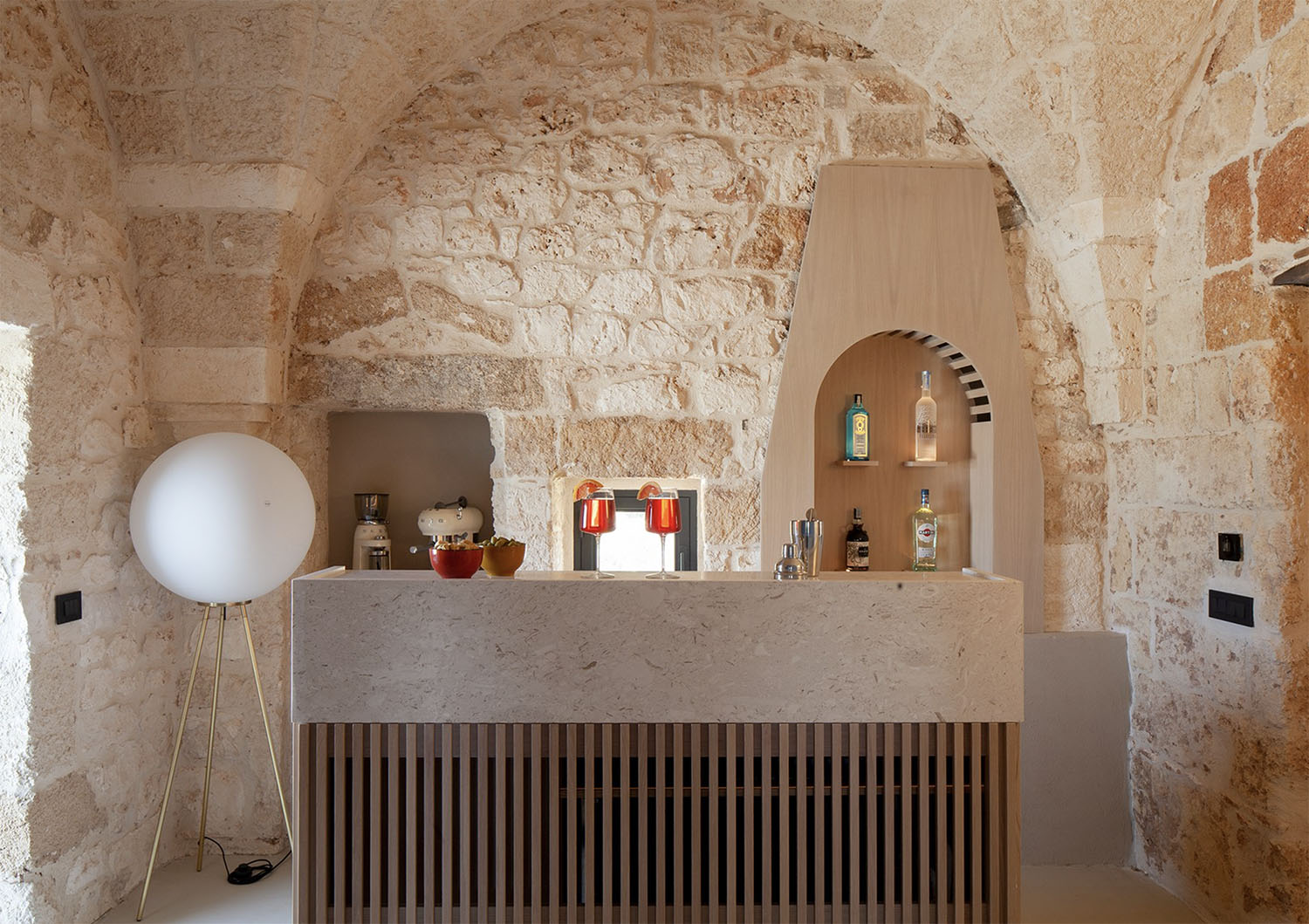 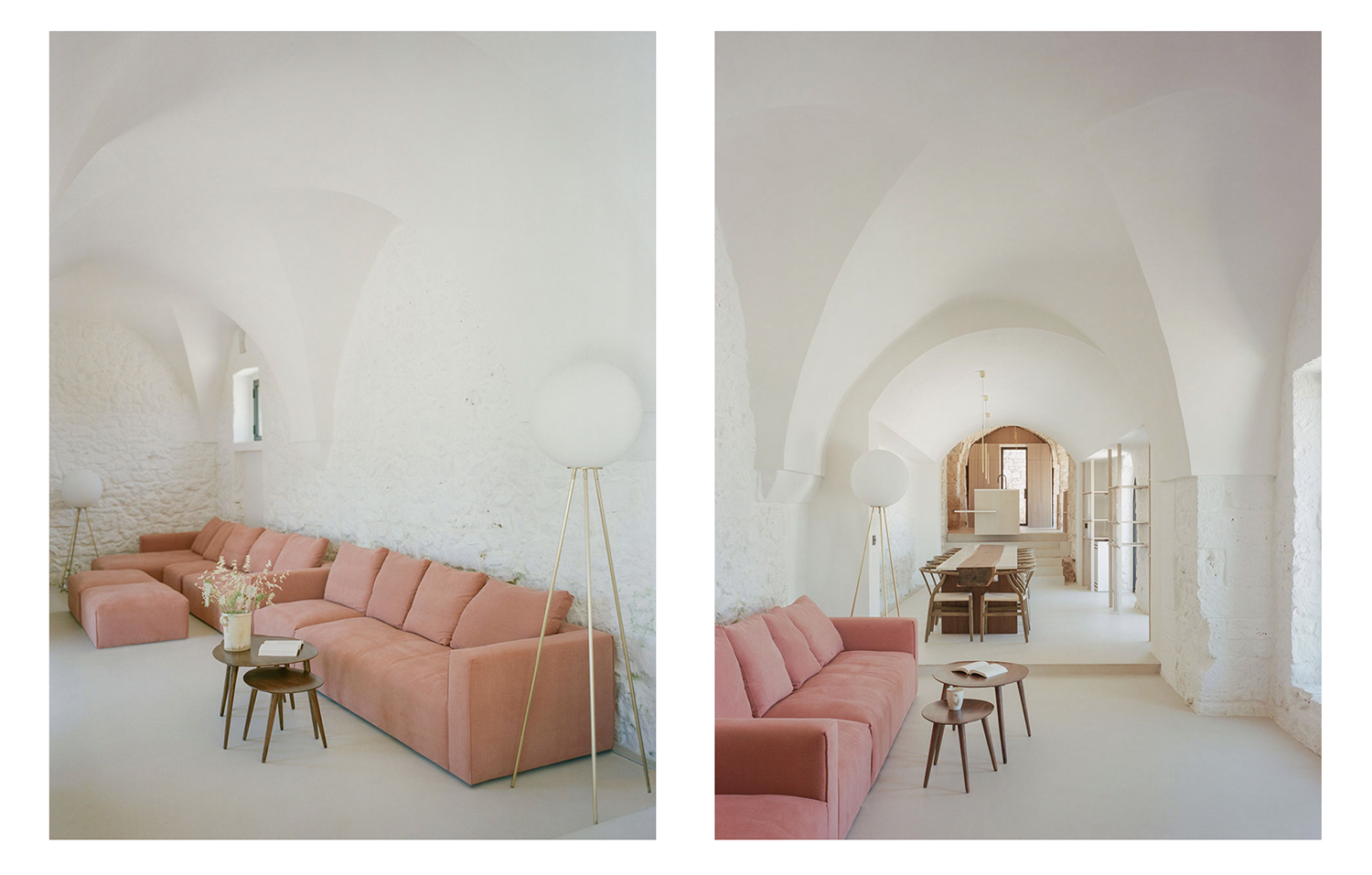 We love this feeling of possibility and openness. This is not a place where one must accomplish or strive and where every space has a set function in which one must participate. This is what we call an authentic, relaxing atmosphere. Limitless opportunities when the environment presents no demands on its inhabitants. 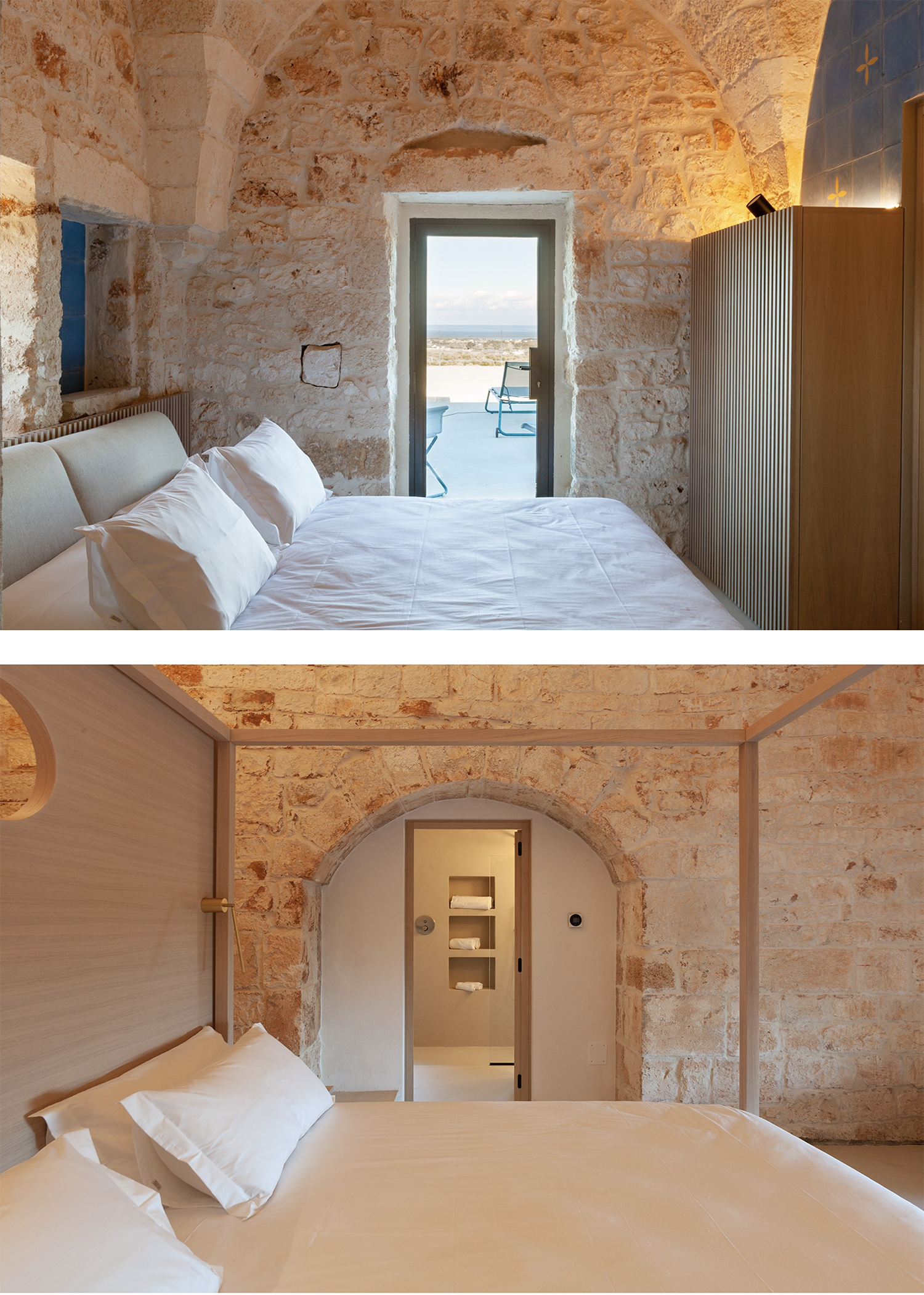 The eight bedrooms of the complex are located in the 500 square-metre (5,382 sq.ft) main farm house. Most of the living areas and public spaces are in the former stables. Both structures are characterized by the original vaulted ceilings, exposed natural stone and a subdued colour palette. 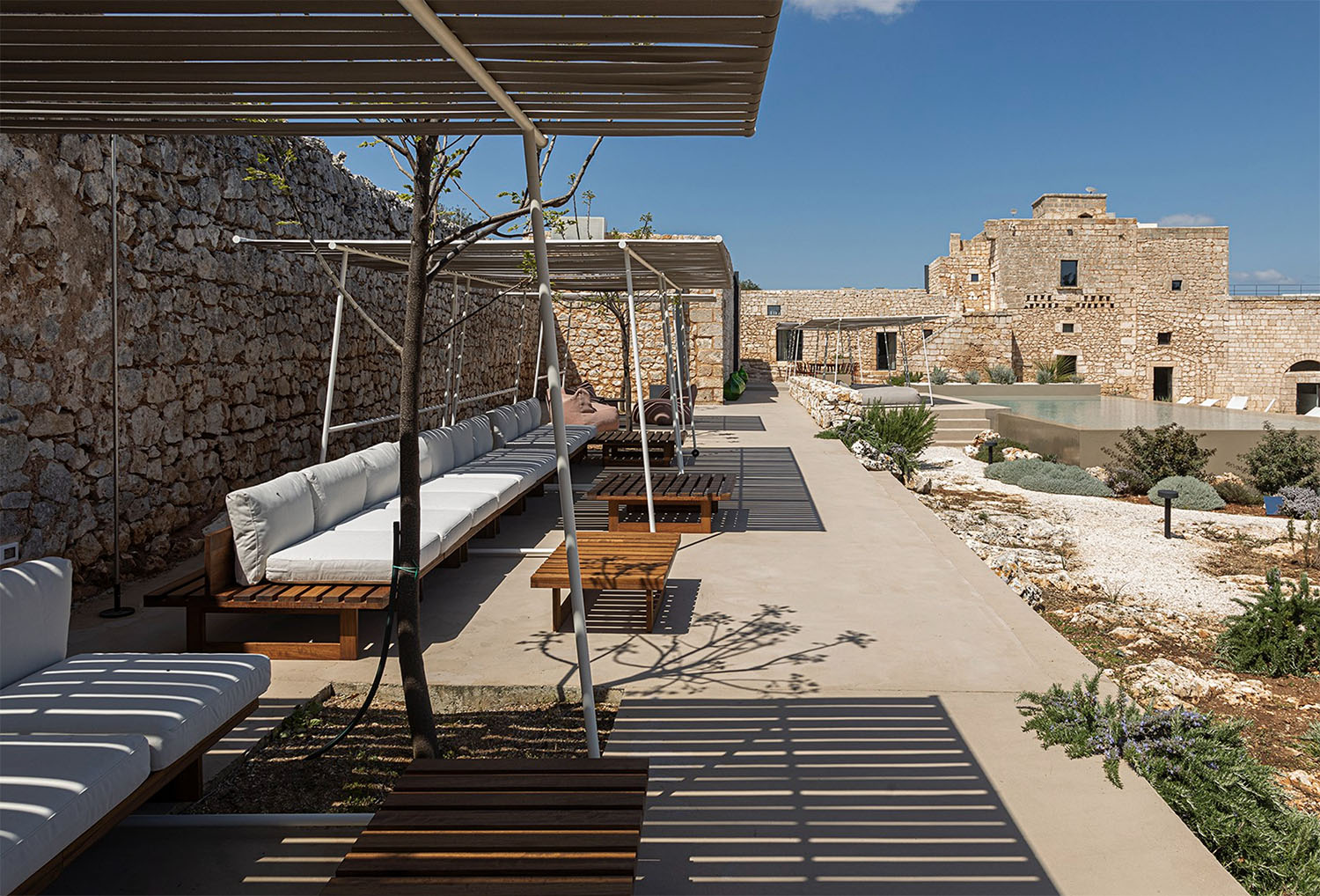 Masseria Belvedere is situated in the d’Itria Valley in the province of Brindisi. The closest airport is the Brindisi Airport about 20 minutes’ drive away. The closest shops are in the ancient Roman port town of Carovigno, about seven minutes’ drive from the masseria. The beaches of Torre Santa Sabina, the resort town of Specchiolla and the Torre Guaceto Nature reserve are all within 10 to 15-minute drive away as well.  Tuija Seipell 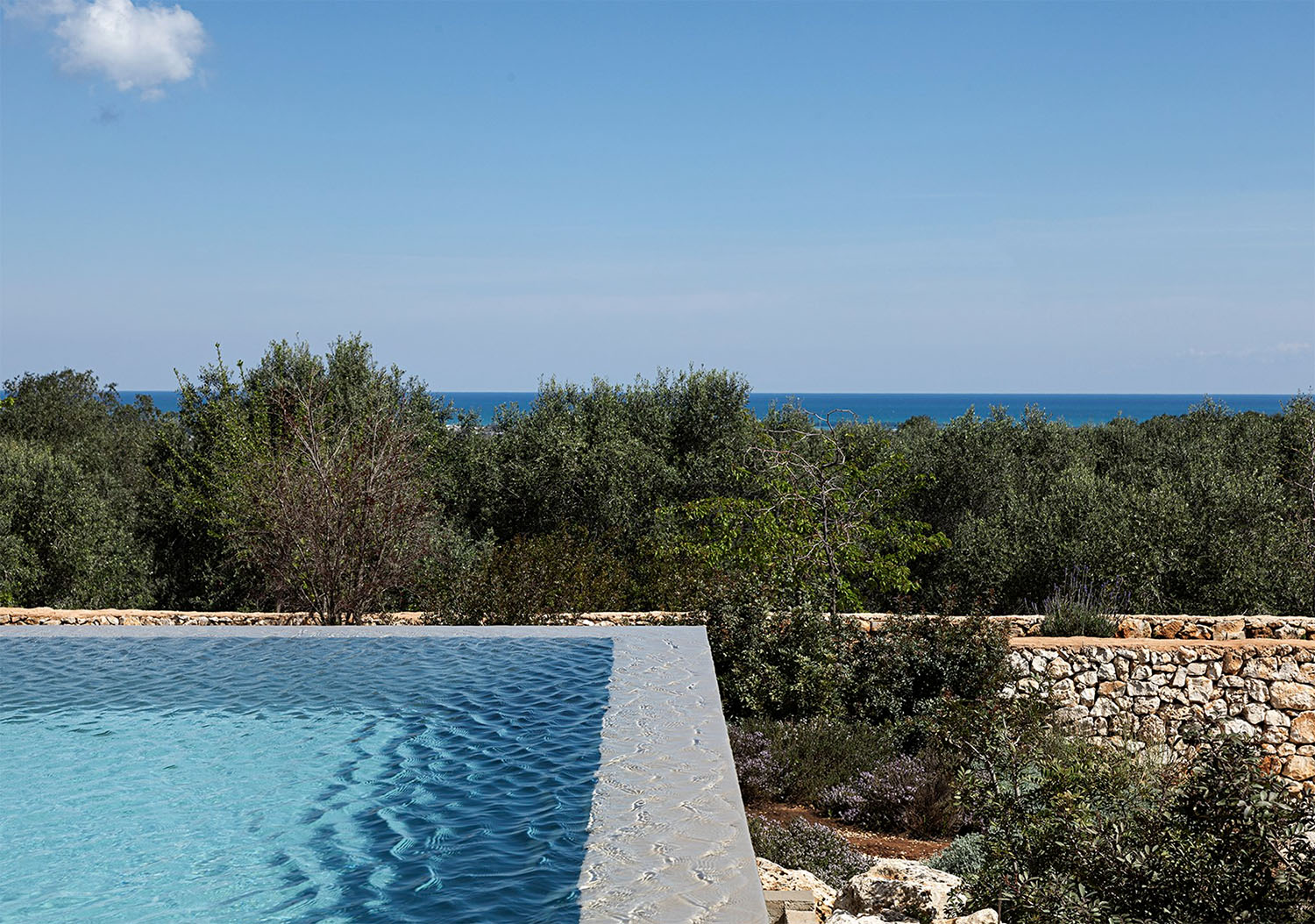