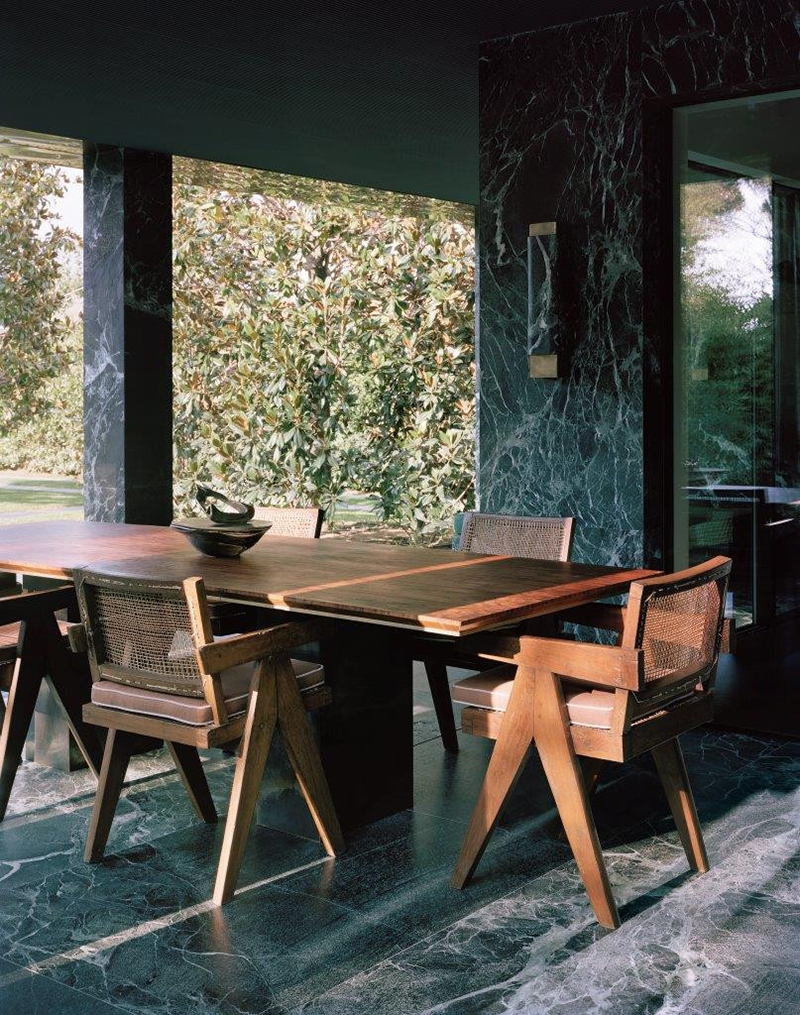 This four decades-old private summer villa has been transformed into an elegant expression of its location, Forte dei Marmi in Tuscany, Italy.

The redesign of the residence is by Milan-based architect and designer Vincenzo De Cotiis of De Cotiis Architects.

He contributed not just the exterior renewal and garden but also the interior and almost all of the furniture pieces, wall art and silk panels. 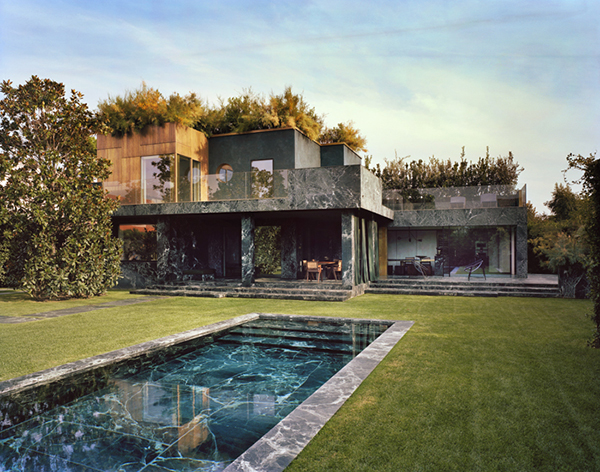 These are enhanced with a selection of a vintage modernist pieces, including the Pierre Jeanneret chairs. 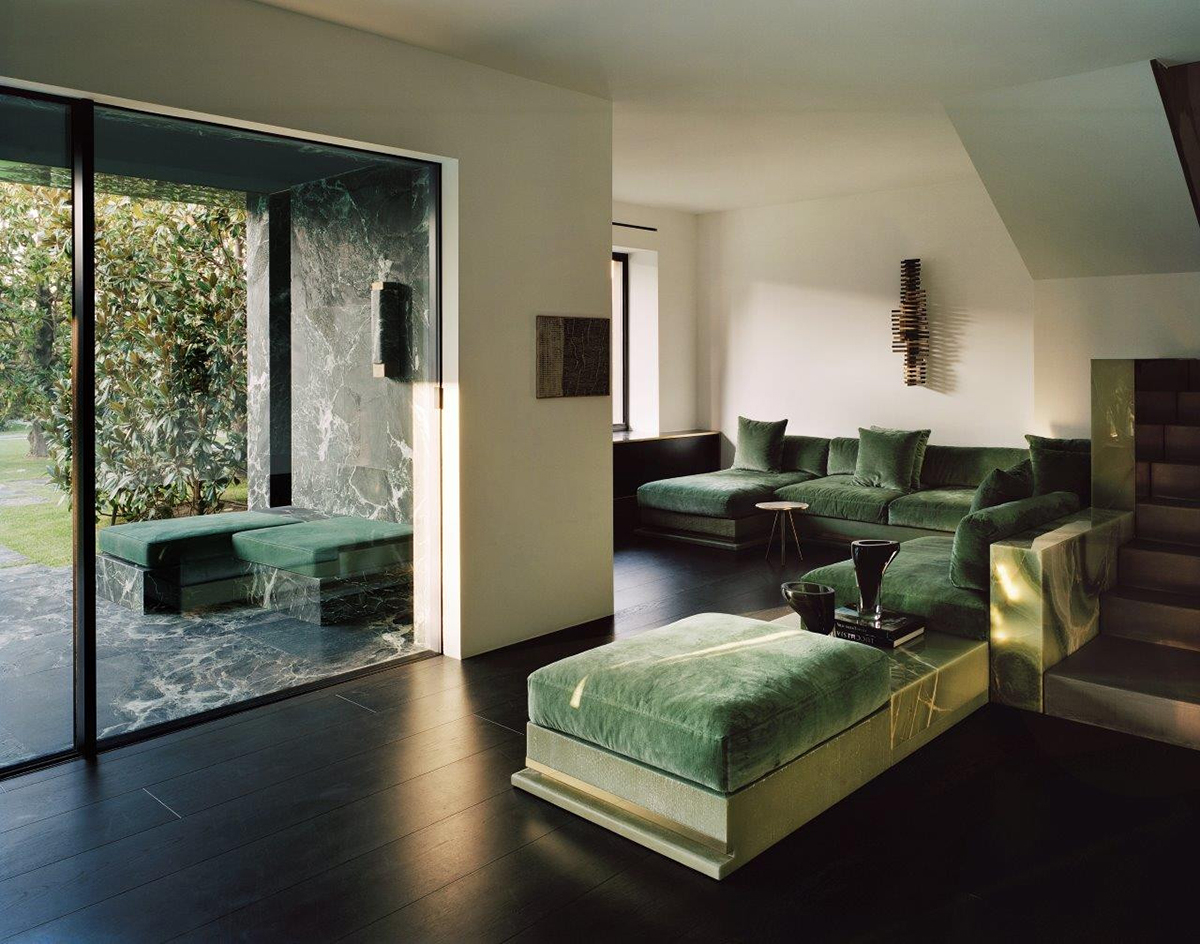 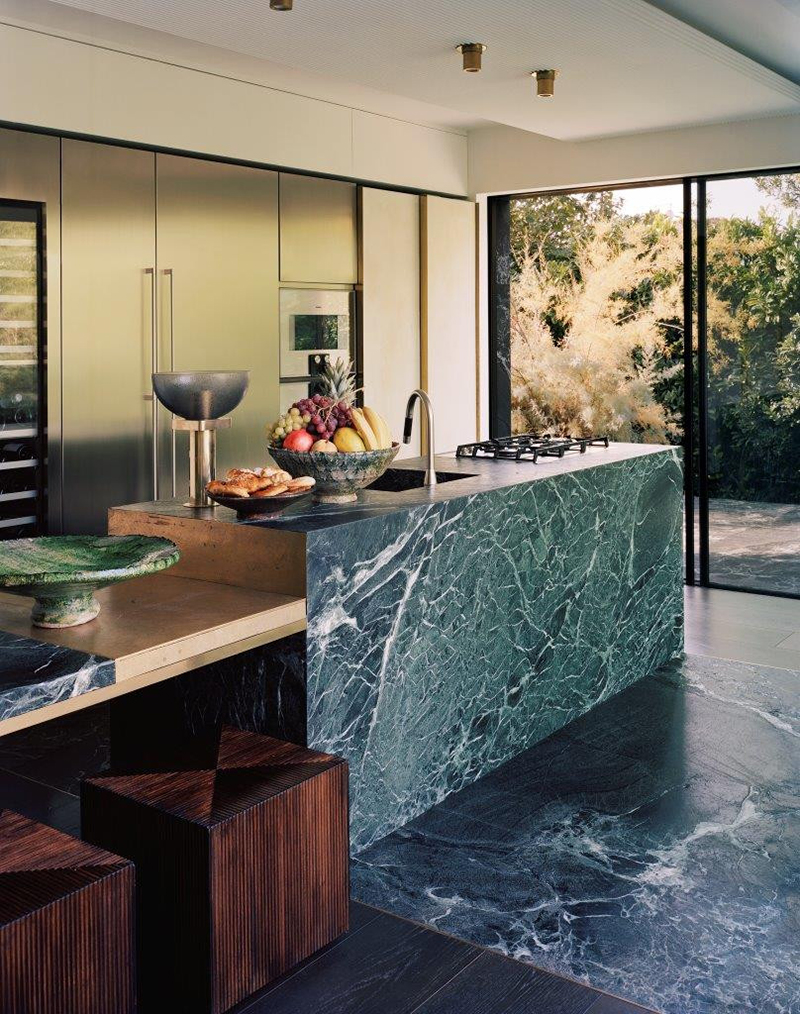 Forte dei Marmi is a chic seaside destination with a slight 1920s vibe, located conveniently within two hours’ drive from Milan. Forte dei Marmi means Fort of the Marbles and the name is based on the main-square fortress built in 1788 to defend the town. But the fortress where the Alpi Apuane Carrara marble was stocked before it was sent to the pier for shipping all over the world. 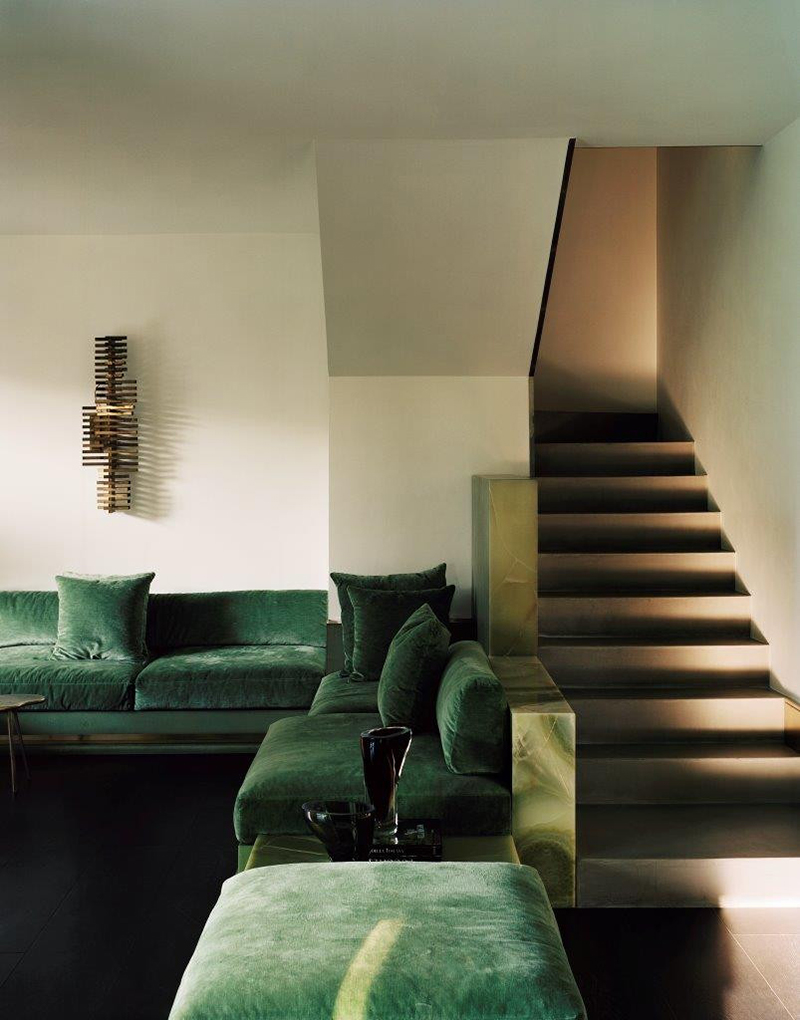 The owners of the house are Alessandro Iliprandi and Francis Cordova and their children. Iliprandi is the CEO of the leather tanning enterprise, Bonaudo, that supplier leathers to many leading fashion brands. De Cotiis has also designed their Milan residence and they knew he would respond to their needs. 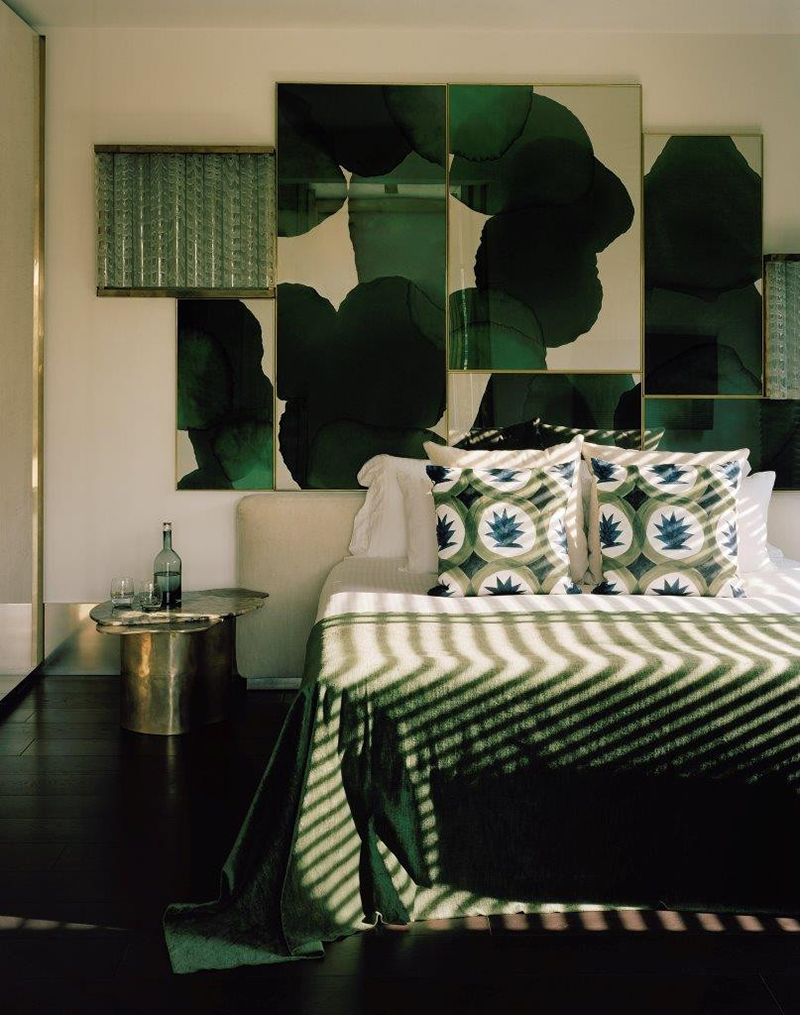 In the villa, the deep green of the marble is echoed outside in the 1930s favourite foliage and greenery of magnolias and oaks as well as in the fabrics, upholstery and other details of the interior. The interior and exterior join seamlessly together allowing the family to enjoy the villa during the seasons of Forte dei Marmi. Tuija Seipell. 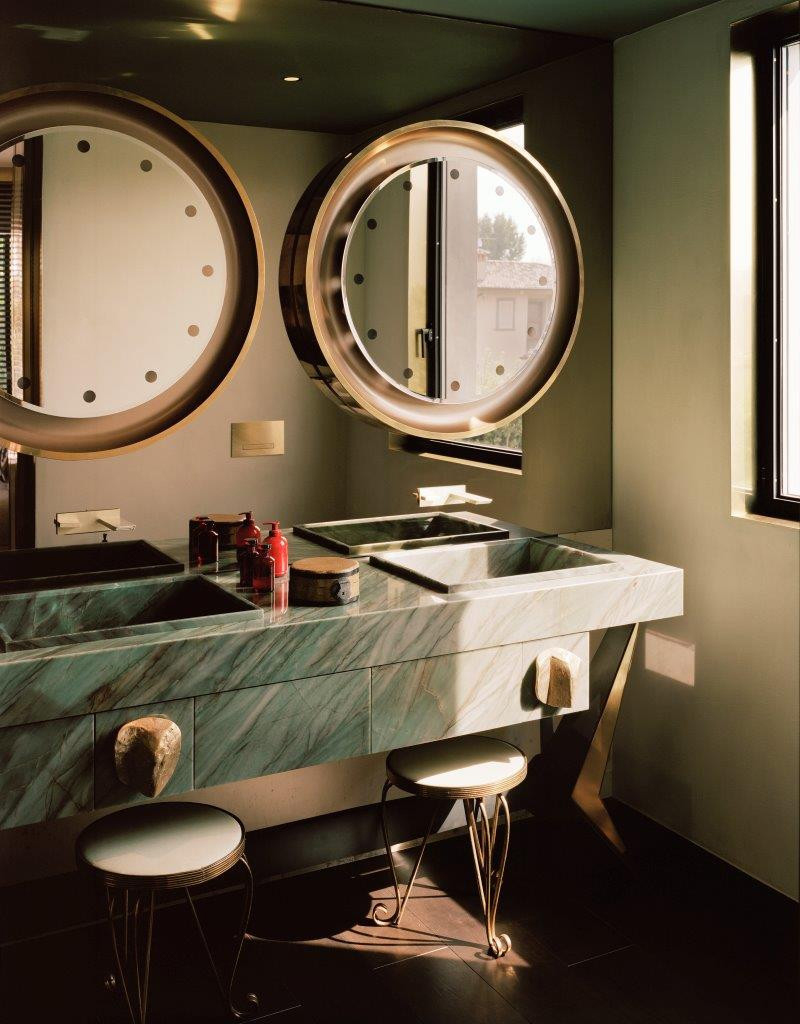