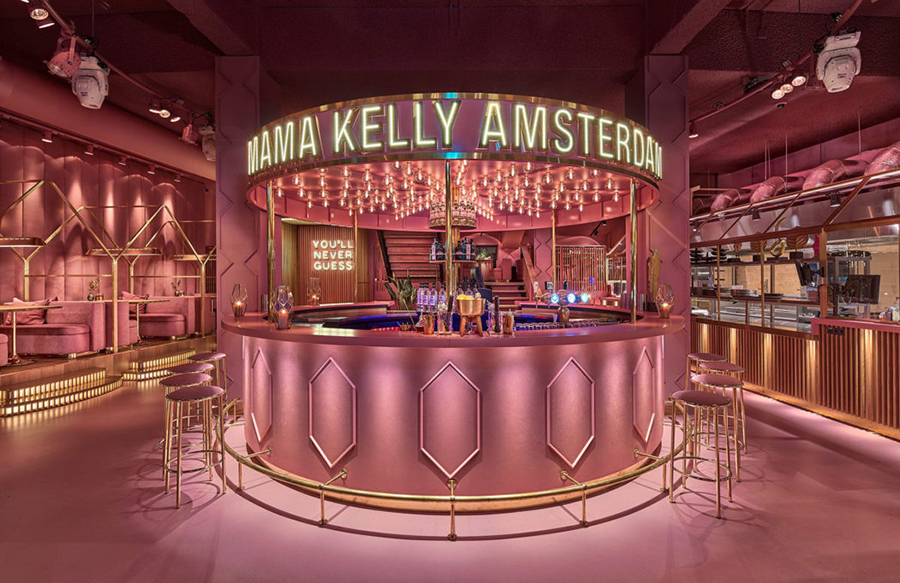 If you don’t like pink – the so-called Millennial Pink or any other hue of it – or if you don’t like chicken or lobster, then MaMa Kelly restaurant may not be your first choice in Amsterdam.

But, then again, you may choose to behave like the co-owner and designer of the place, Rein Rambaldo, and say “Why not?” and give it a try. 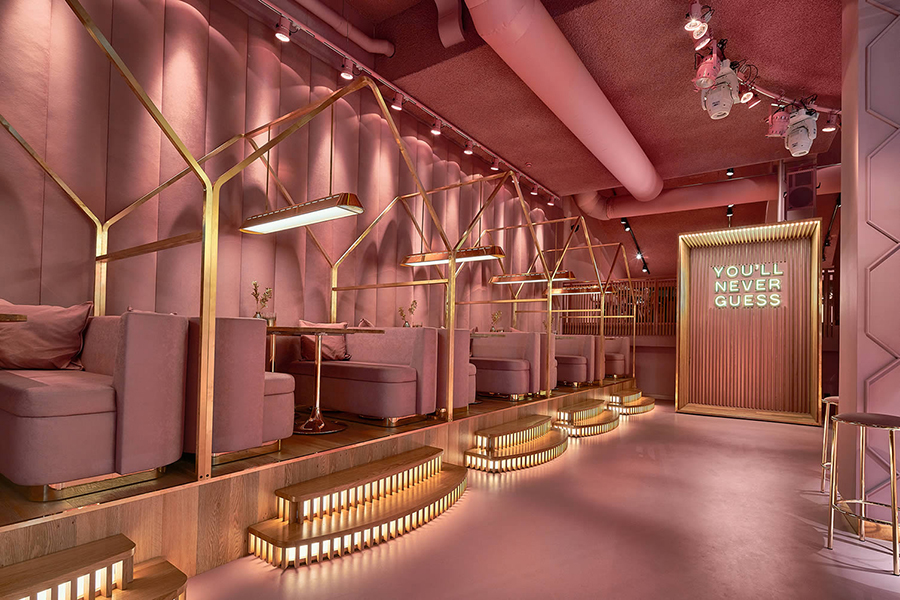 MaMa Kelly Amsterdam is a 1,000 is square-metre (10,763 sq ft), 230-seat thoroughly pink restaurant that serves only chicken and lobster and is located at the Olympisch Stadion in Amsterdam’s outskirts. Too large, too kitschy, too limited a menu, too far away. Not exactly a recipe for an immediate restaurant success. But the owners were willing to take risks. 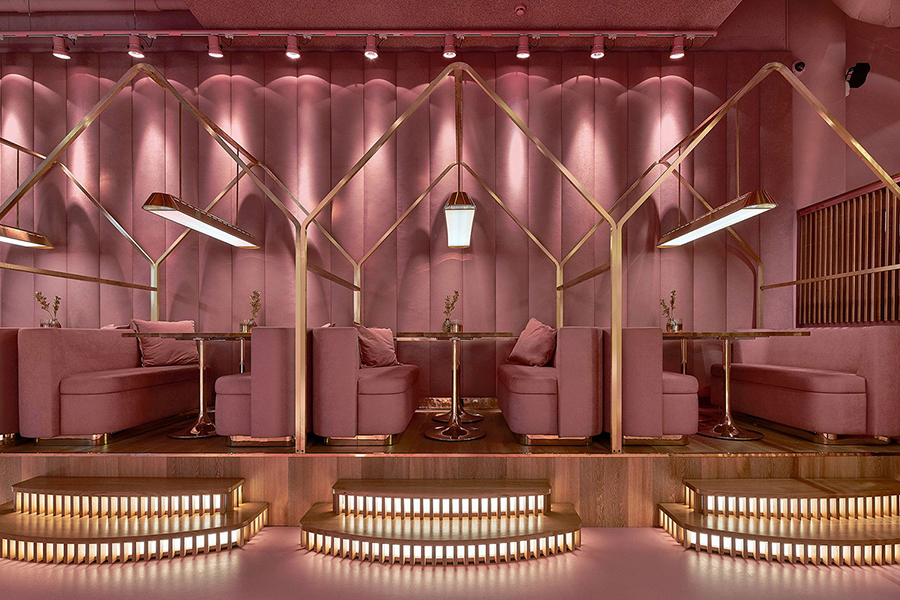 Rein Rambaldo is the founder of The Hague-based restaurant design firm De Horecafabriek. 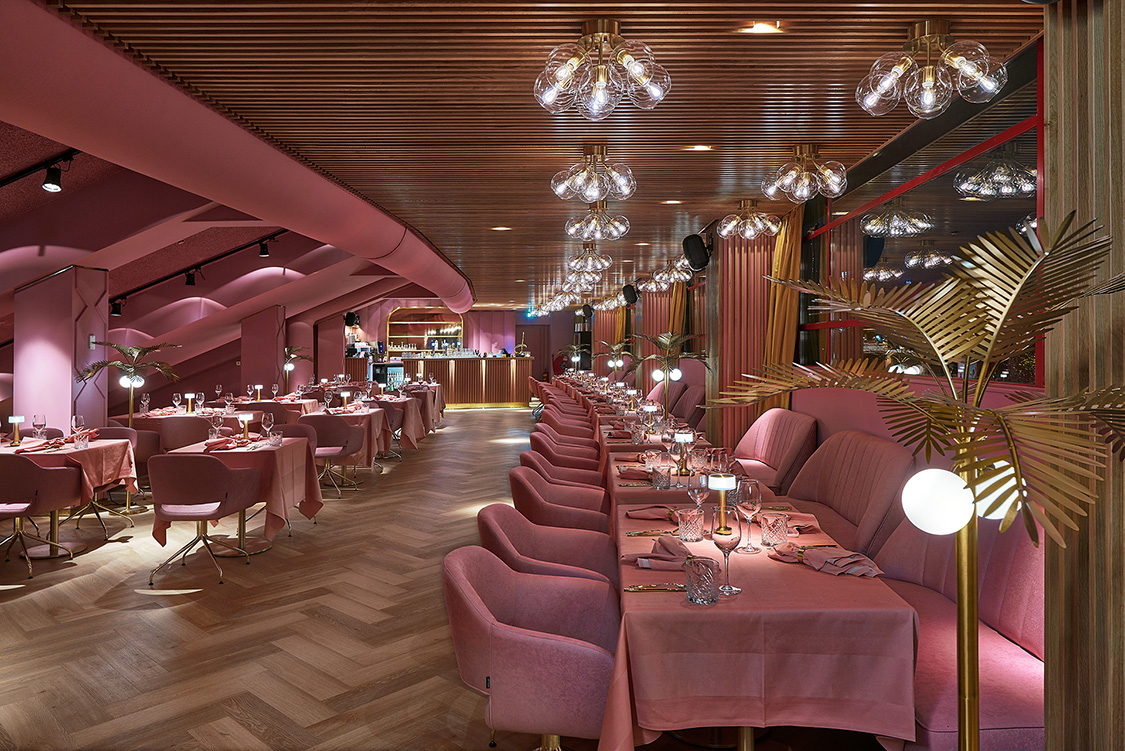 After many years developing and designing restaurant concepts, Rambaldo and his wife, Willemien, joined forces with experienced local restaurateurs, Singha Witteman and Bas Bloemink, and created the first MaMa Kelly in The Hague in 2010.

It is slightly smaller at 800 square metres (8,610 sq.ft) and seats 200 guests, but the menu is equally limited and the location equally unlikely. MaMa Kelly The Hague is located in an industrial area outside The Hague in an old cigarette factory. Funky industrial vibes, exposed pipes, blue-tone interior. 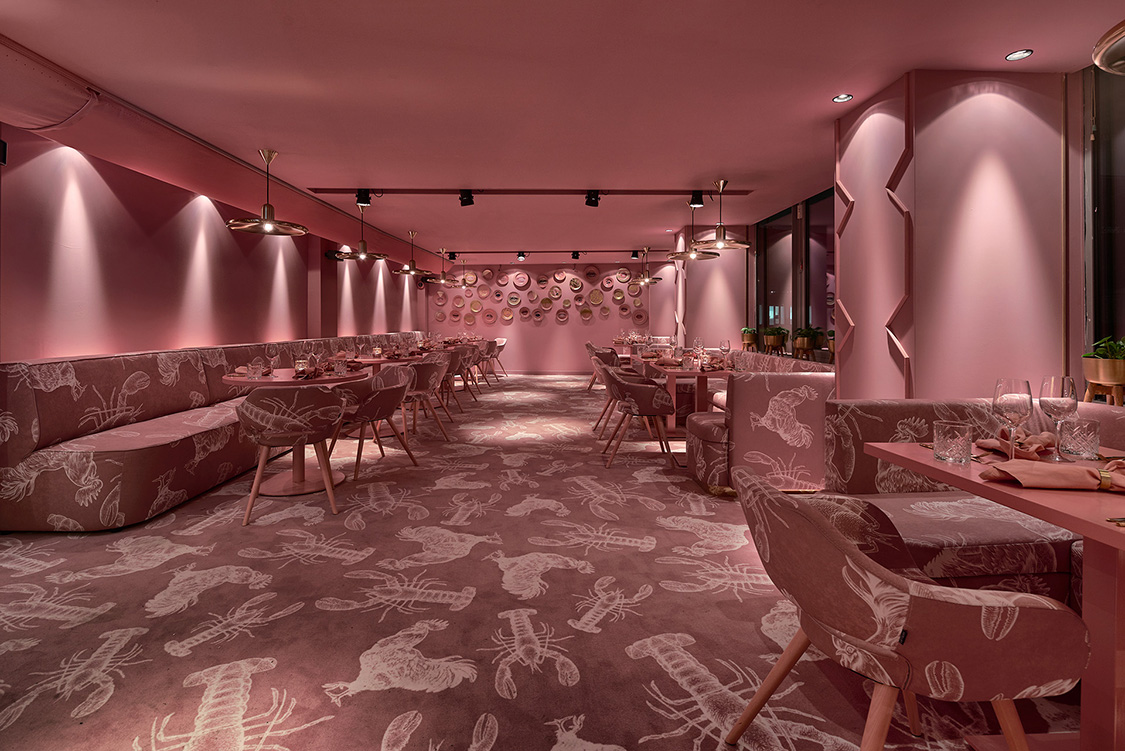 Rambaldo explains that the success of the first MaMa Kelly is due to the solid concept but it is also due to the operational and marketing style of the owners. The tightly-run ship relies heavily on social media, especially Instagram, in its promotion. It also relies on a highly technology-driven operation – from constant monitoring of guest and staffing levels to supply and cash flow.

They selected chicken as one of the key menu items as it is a widely accepted favourite. Then they chose lobster as a counterpart that is gaining popularity in Dutch restaurants and decided to base their menu on these two ingredients.

With the operations and systems well in hand, the owners decided to expand to the Amsterdam area. The pink MaMa Kelly is the result of that decision. 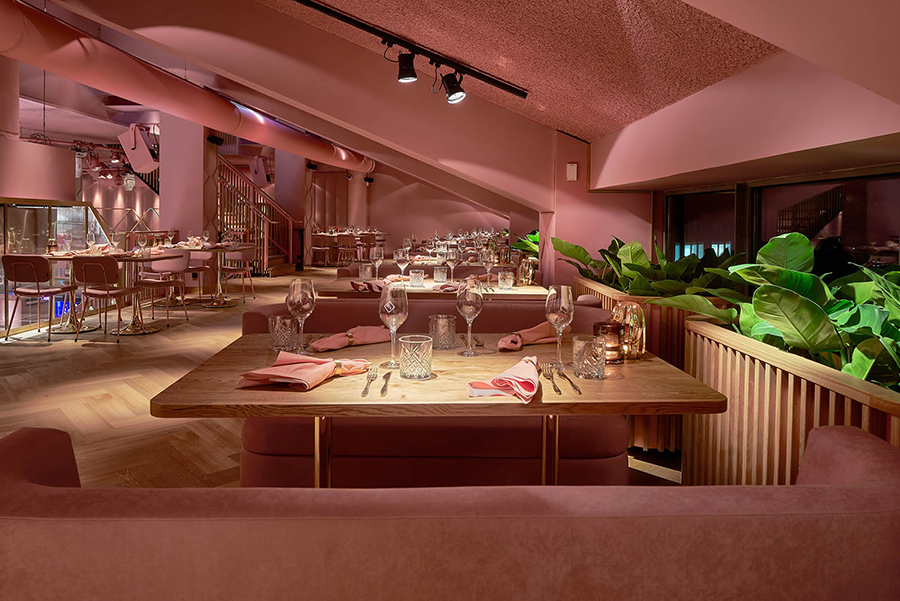 Apparently, pink is Willemien’s favourite colour, and as most restaurant decisions are made by women, the team decided to go for it. Why not? They had also encountered a few pink restaurants in their research that inspired them. 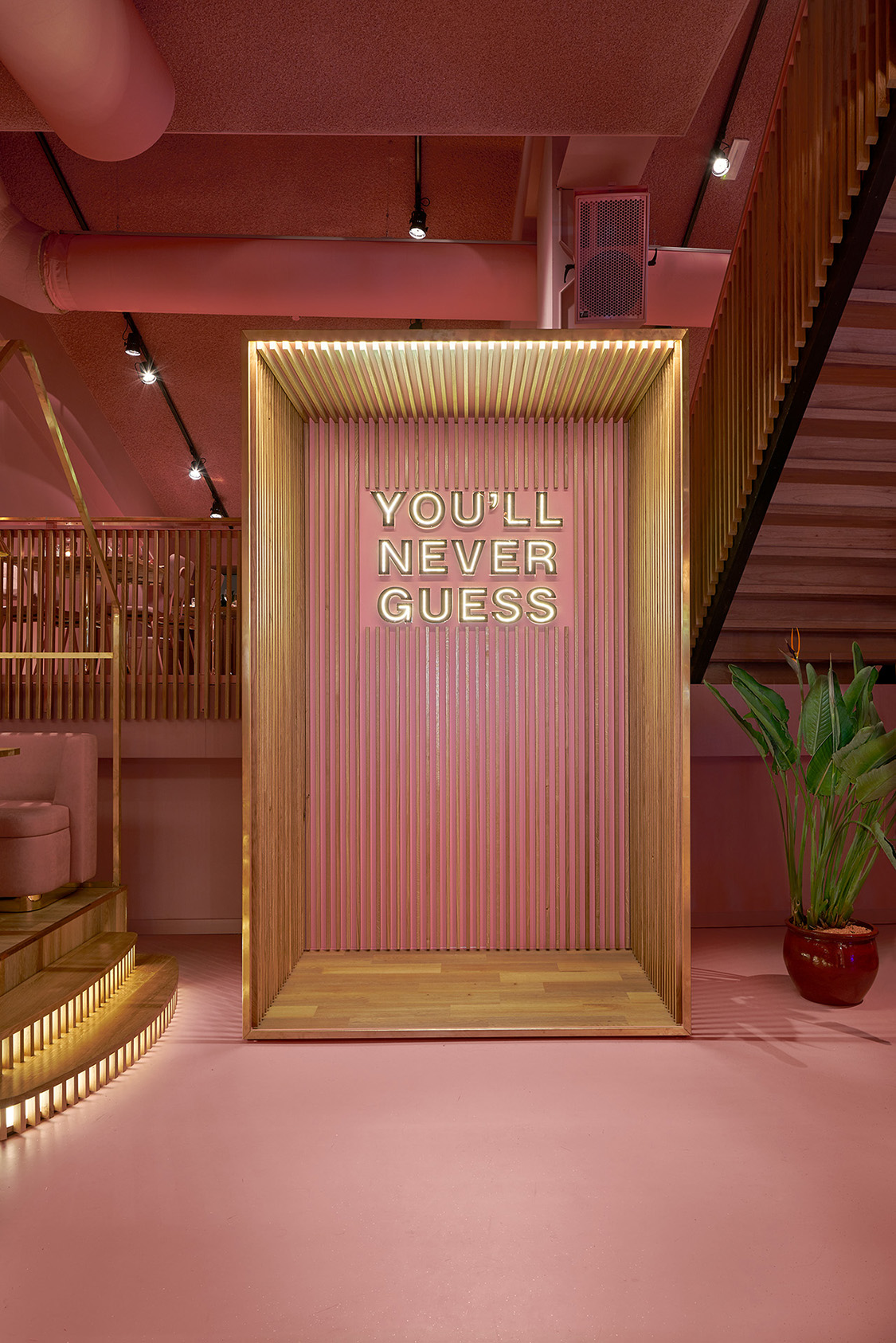 When we saw the first images of the pink restaurant, we were immediately thinking of The Gallery at Sketch  by India Mahdavi in London and Pietro Nolita in New York. 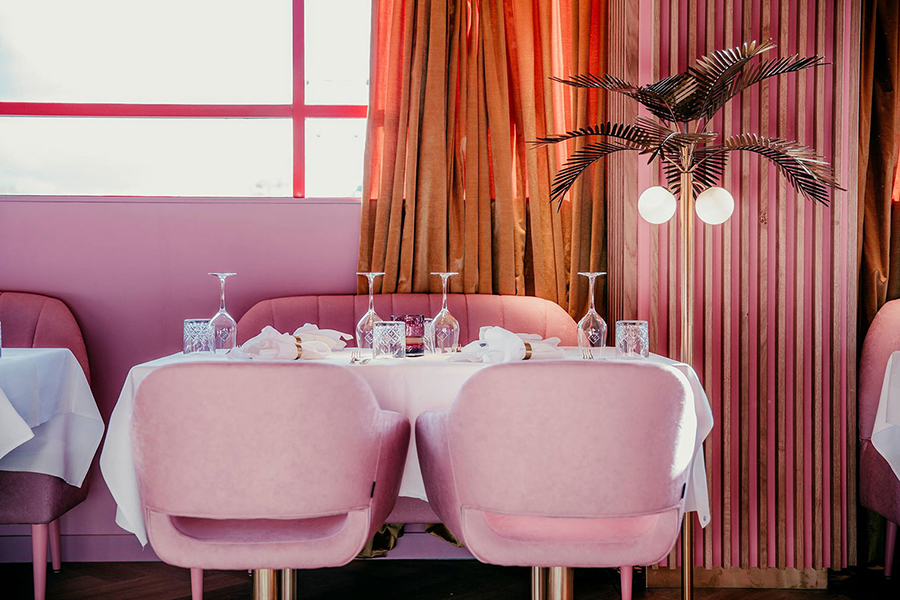 And to keep things interesting, Rambaldo says that there is secret bar in MaMa Kelly Amsterdam. It is only available for groups, and it is the only part of the restaurant that is not pink.

While we will not put pink on our favourite colours list any time soon, we do commend the team behind MaMa Kelly Amsterdam for being bold and solid in their approach. The world already has enough confusing restaurant concepts. Tuija Seipell. 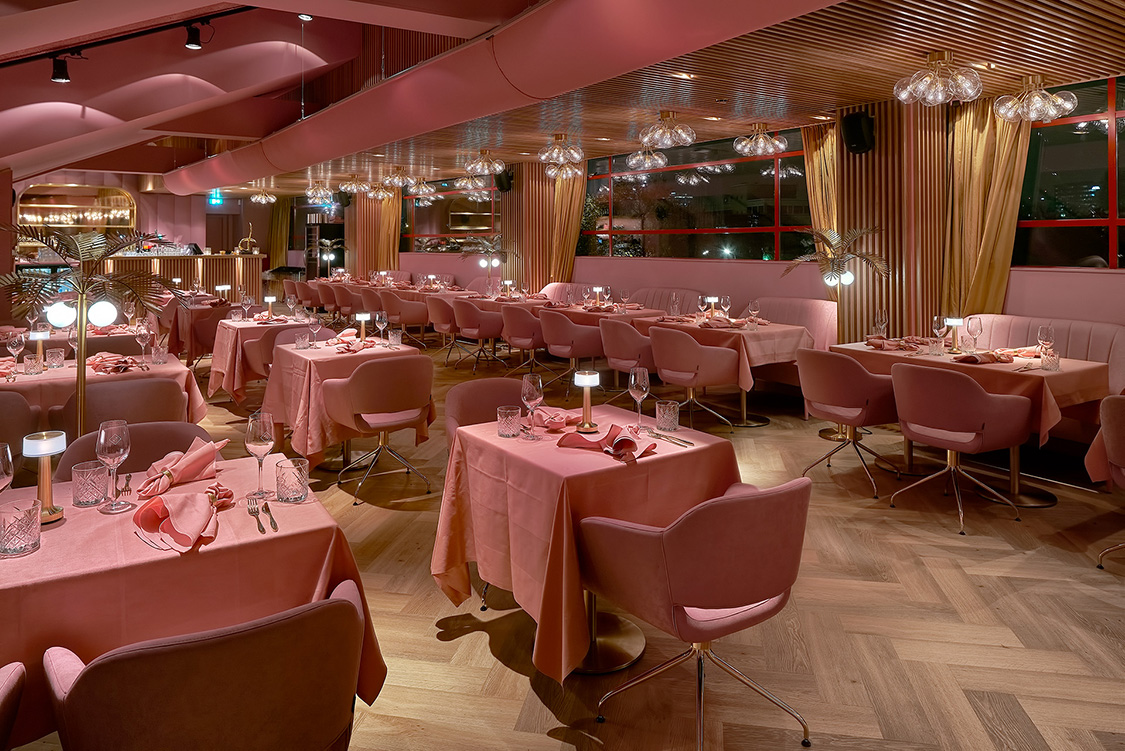