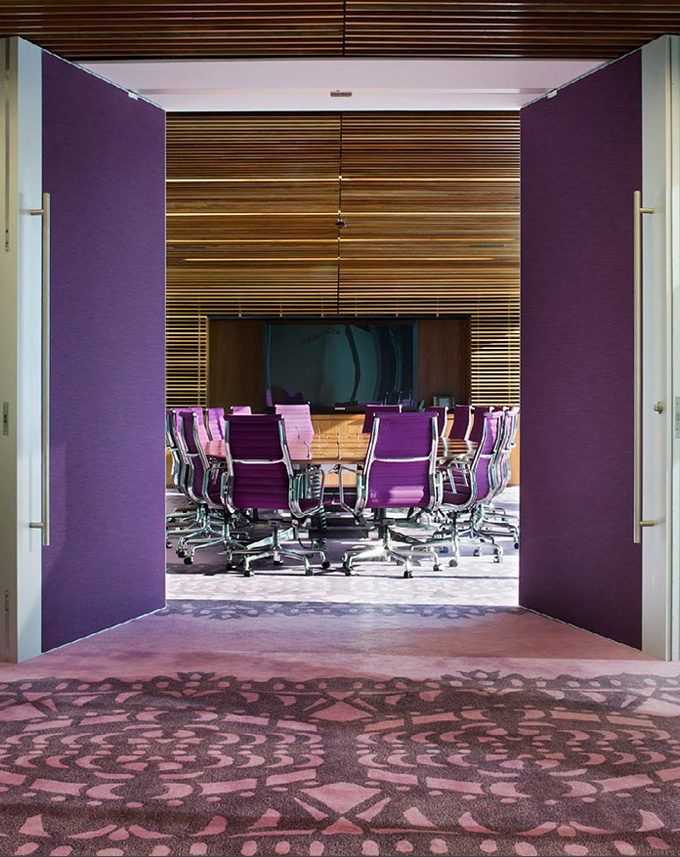 Macquarie investment bank’s new harbourside office building, One Shelley Street, at King Street Warf in Sydney has been collecting accolades and awards for not only architecture and design but also for environmental sustainability and workplace functionality. 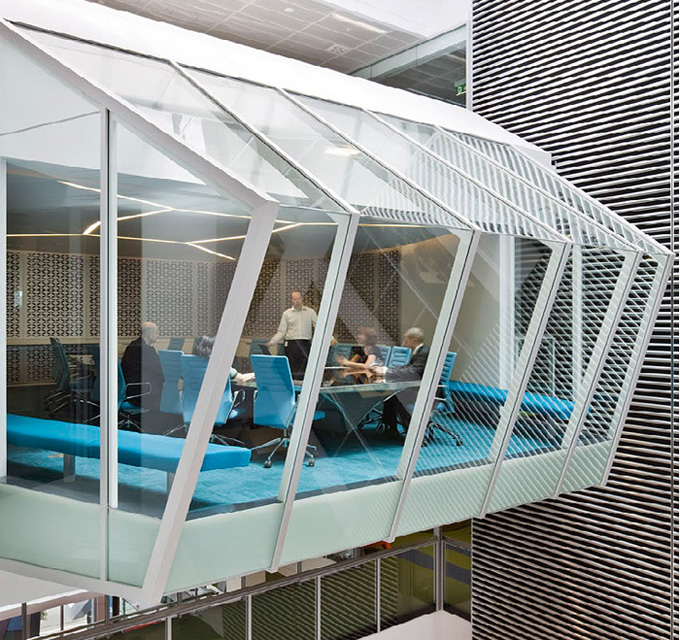 The main players in the team behind the building are Sydney-based Fitzpatrick & Partners, responsible for the design of the actual building, and West Hollywood’s Clive Wilkinson Architects that led the design team in the interior design and outfitting with Woods Bagot as the local executive architect. 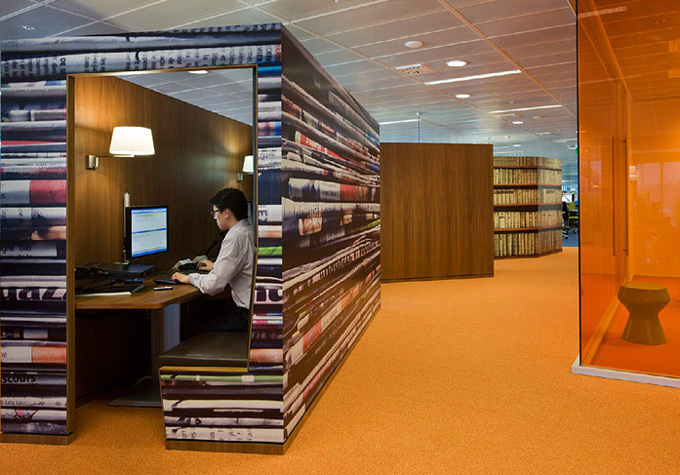 Apart from the obvious visual appeal of the 10-storey office space, particularly impressive is Clive Wilkinson’s execution of the idea of using design as a key component in causing change — in encouraging and facilitating a new way of working. Macquarie wanted to adopt a new collaborative working style — Activity-Based Working (ABW), a flexible work platform developed by Dutch consultant Veldhoen & Co. — and the new office facility would play an important part in making this happen. 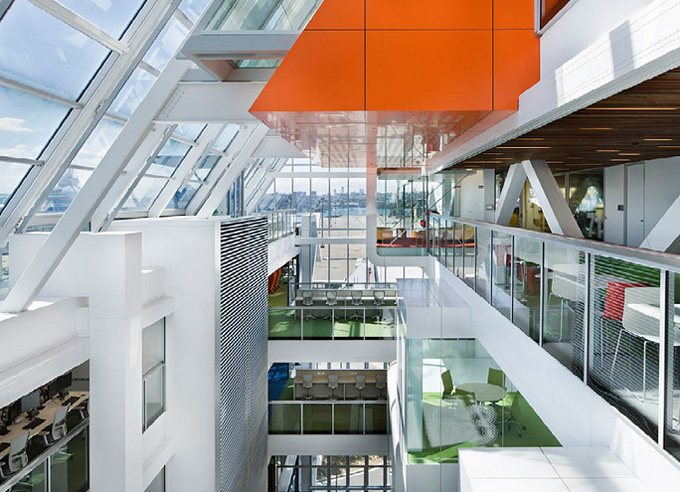 Macquarie’s 3,000 employees now work in an open and highly flexible space where, for example, in the 10-storey atrium, 26 various kinds of ‘meeting pods’ create a feel of ‘celebration of collaboration’ and contribute to openness and transparency. 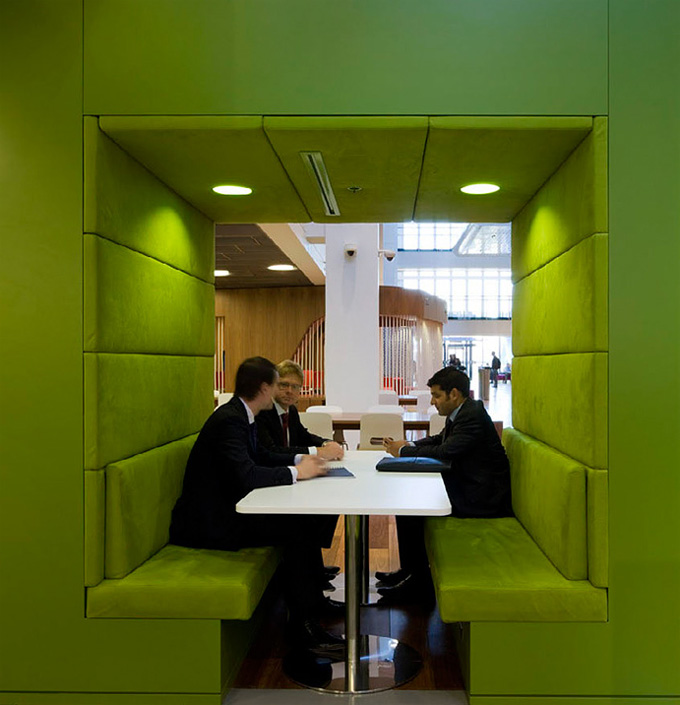 The interior staircases have already reduced the use of elevators by 50%, and more than half of the employees say that they change their workspaces each day, and 77% love the freedom to do so. 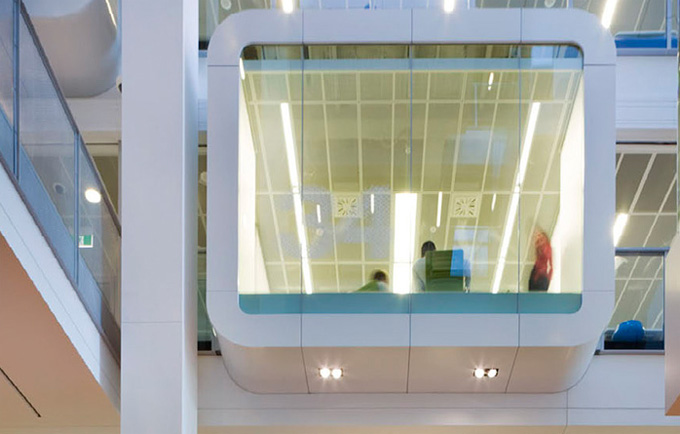 Clive Wilkinson Architects is known for creative workplaces. Their clients include ad agencies such as Mother, JWT and TBWAChiatDay, and technology firms in the Silicon Valley and Nokia in Finland. – Tuija Seipell