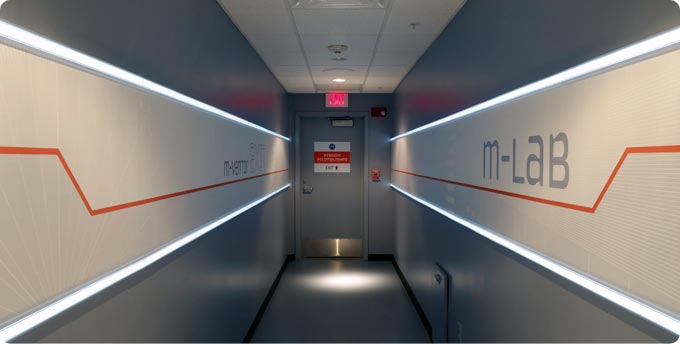 Forget your traditional definition of an amusement park, WannadoCity leaves behind the cotton candy, the solicitors of large stuffed animals, the mindless entertainment and trash. Instead the ‘city’ has redefined child entertainment with aspirational activities, all of which are framed around the question: ‘What do you wanna do when you grow up?’ 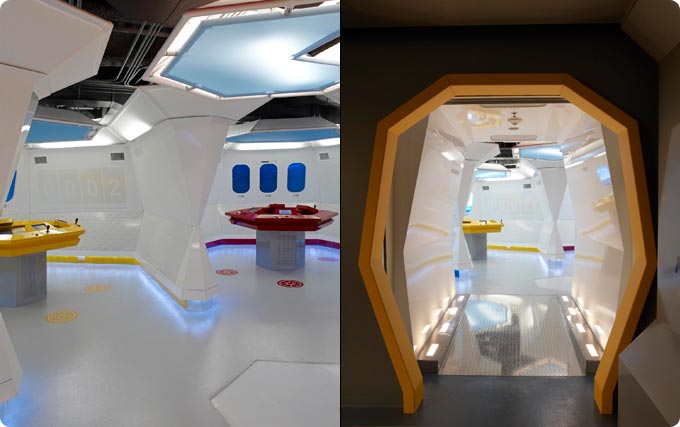 Wannado City was crafted from the vision of Mexican-born Luis JavierLaresgoiti, who had a eureka moment while watching his daughter ‘playexecutive’ on his business phone. Laresgoiti, with the backing ofseveral major corporations has crafted a dream world where children areencouraged to take on an adult profession and see where it takes them.The park is located in Sawgrass Mills Mall in Southern Florida. 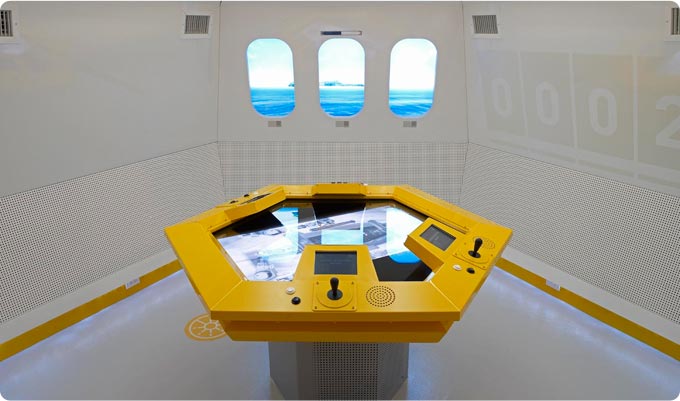 Each venue has its own concentration, such as the Motorola-sponsoredM-Lab that focuses on innovation and invention. The M-Lab turns eachvisitor is given a white lab coat and transformed into an ‘M-Ventor.’The children are encouraged to work together on a technology-based gameto solve a difficult problem. Once they’ve solved the situation athand, they’re greeted with a congratulatory ‘Mission Accomplished’banner. 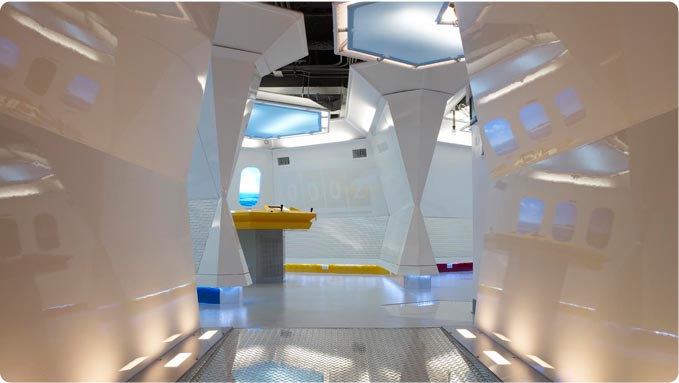 M-Lab however, goes far above and beyond the standard protocol forchildren’s playthings. The space was designed in collaboration with Motorola and Gensler,a self-proclaimed ‘global design, planning and strategic consultingfirm.’ The M-Lab lures passer-bys with its fa’ade — clad in starkaluminum and panelite — which contrasts with the surrounding ‘quaintvillage’ motif. Inside there are seven chambers, each meticulouslydesigned depending on the room’s task at hand. The end result is arealistic series of rooms that embrace each child’s fantasy of becomingthe next influential innovator. By L. Harper