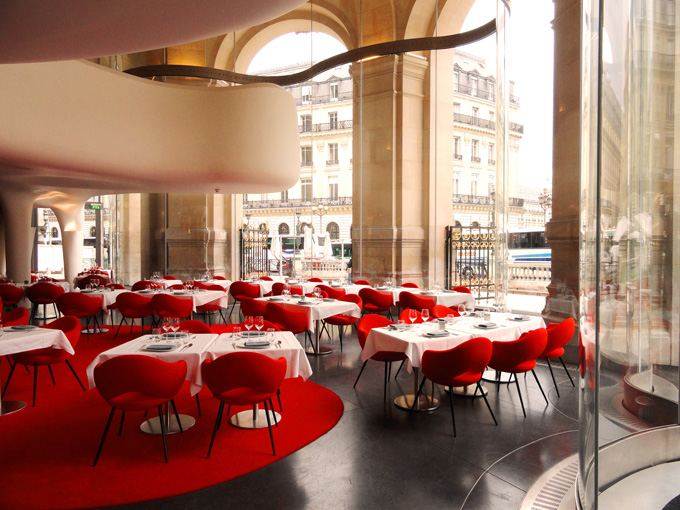 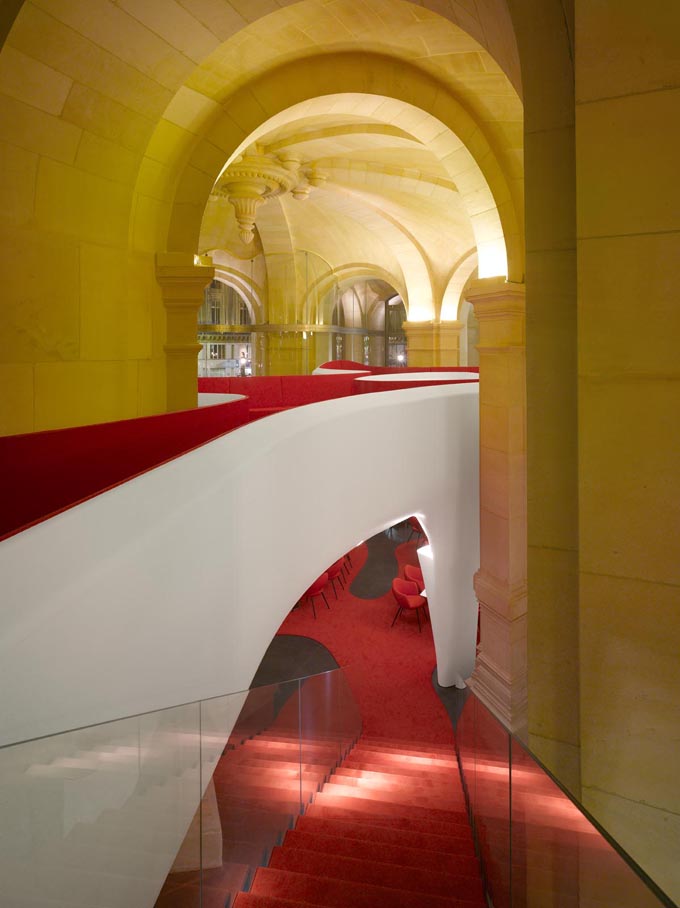 This year, Decq who continues to lead Odile DECQ Benoit CORNETTE:Architectes Urbanistes in Paris, completed a task that has apparently eluded designers and architects since 1875. 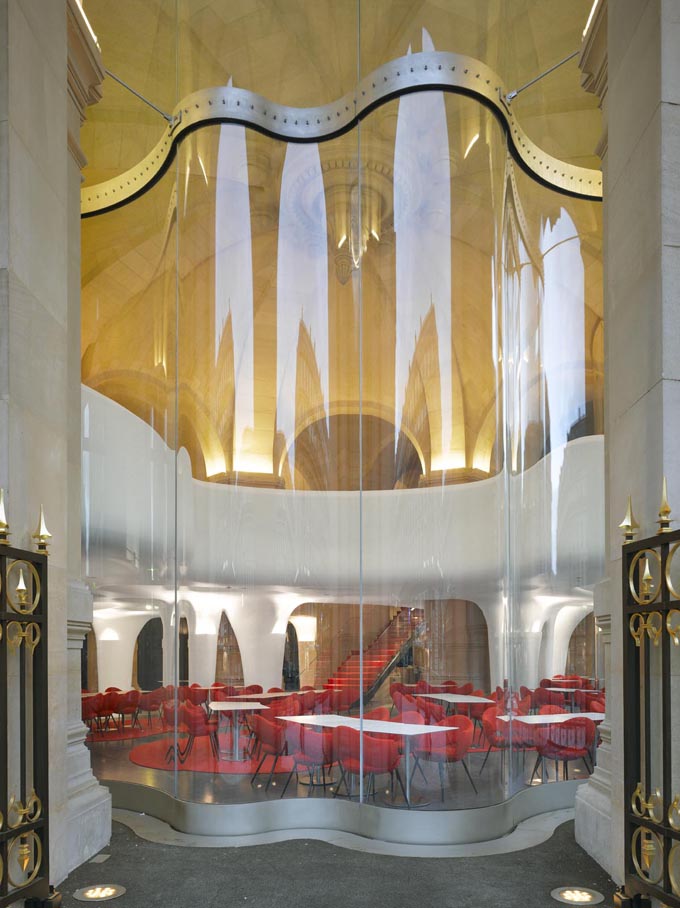 She designed the spectacular L’Opéra Restaurant, located in one of the most famous buildings in opera, the 1,600-seat L’Opéra Garnier, on Place de l’Opéra in the 2nd arrondissement of Paris. 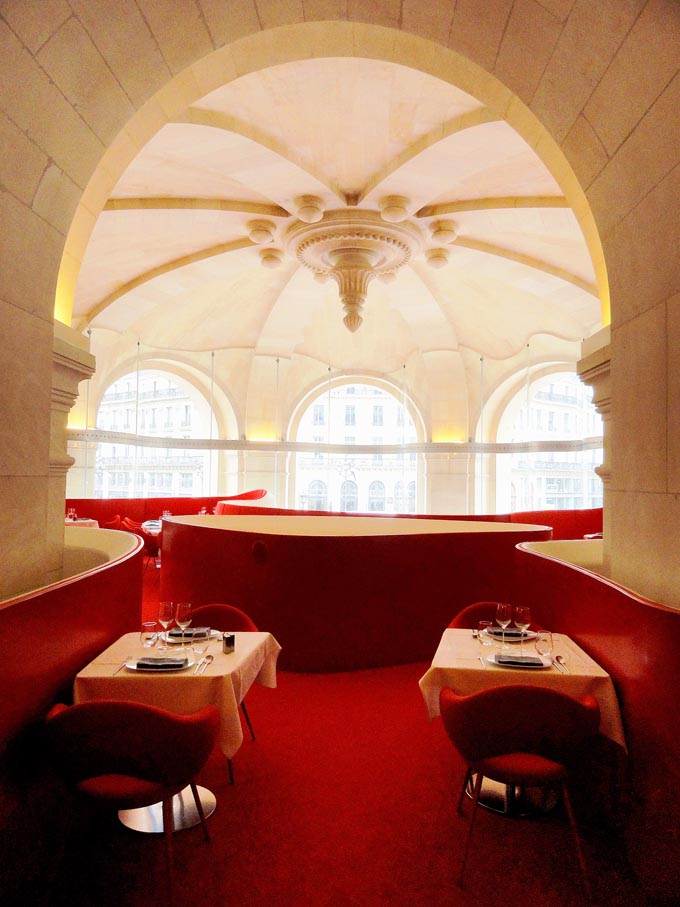 The 6 million Euro (about $8.2 million US), three-year-long project was completed this summer. The most significant features of the restaurant are the magnificent glass curtain walls that protect the original stone; the curved structures that define the new space and also create the seating areas and even some of the seating; and the simple use of white and red. The result is both minimal and grandiose, contemporary and historic. From some angles, the curvy structures create a cave-like view, perhaps a reference to the Phantom’s subterranean world. 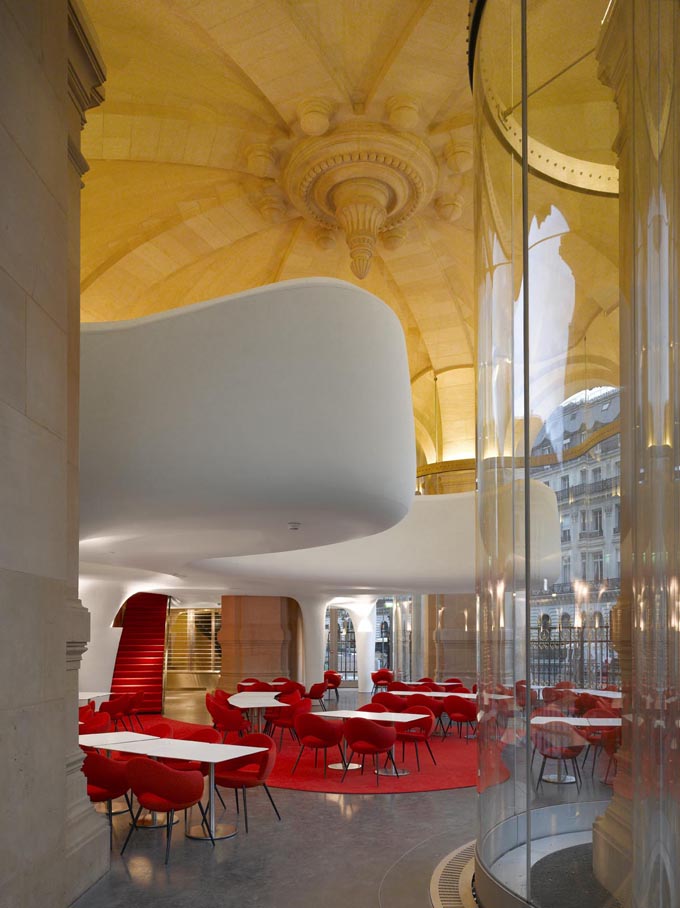 The building, originally designed by architect Charles Garnier in Baroque Revival style, was inaugurated in 1875. Over the years, it has been known as Opéra de Paris, L’Opéra Garnier, Paris Opéra and L’Opéra Populaire. Its architecture set a new style for opera buildings, and for the next several decades opera houses around the world were built to resemble it. 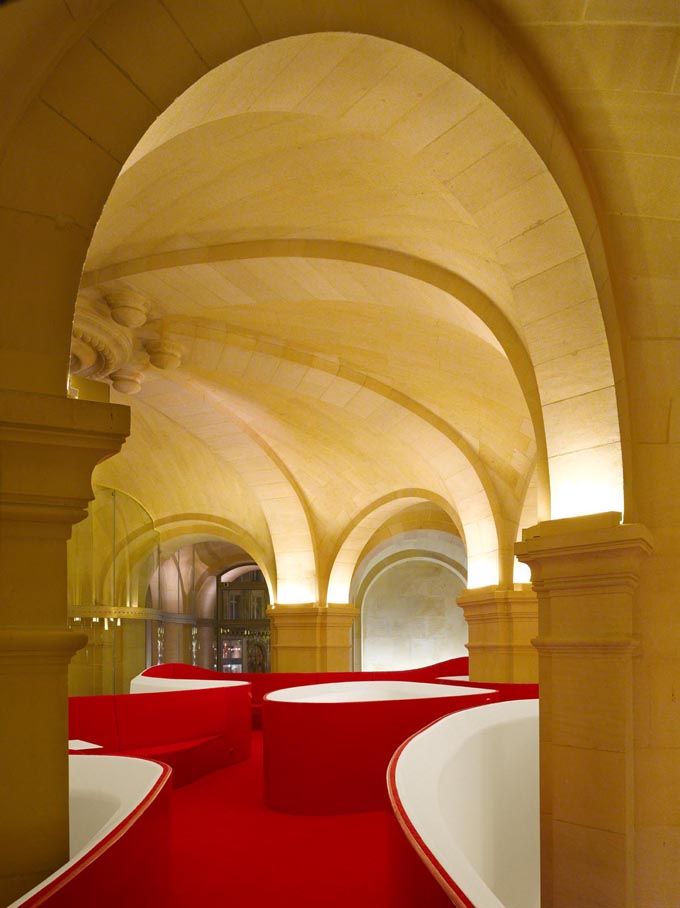 The building’s fame has also been boosted because it is the setting of Gaston Leroux’s gothic novel, Phantom of the Opera (Le Fantôme de l’Opéra, 1911) and the popular musical ,by Andrew Lloyd Webber (1986). – Tuija Seipell 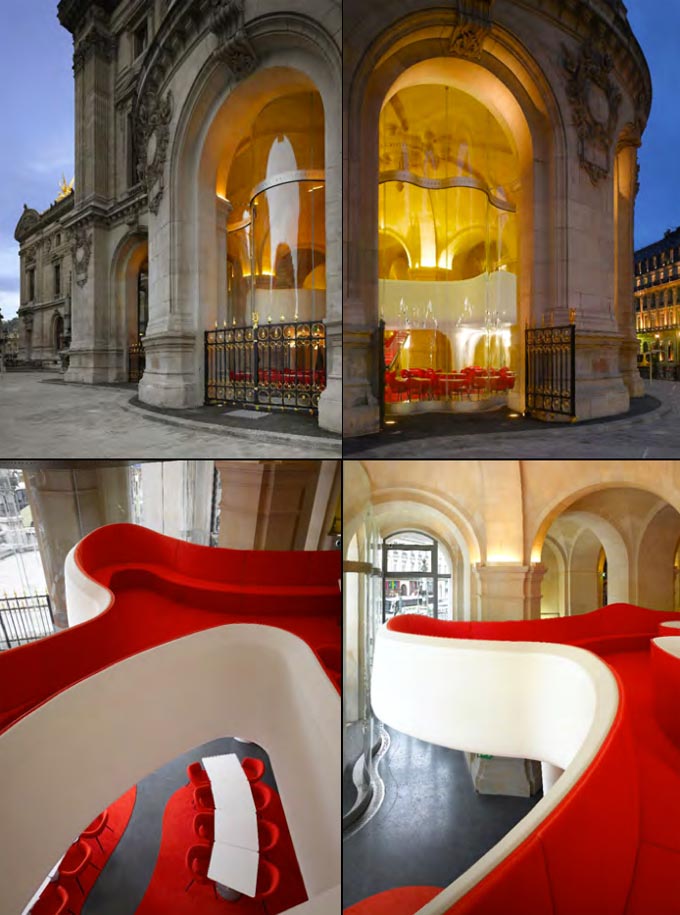 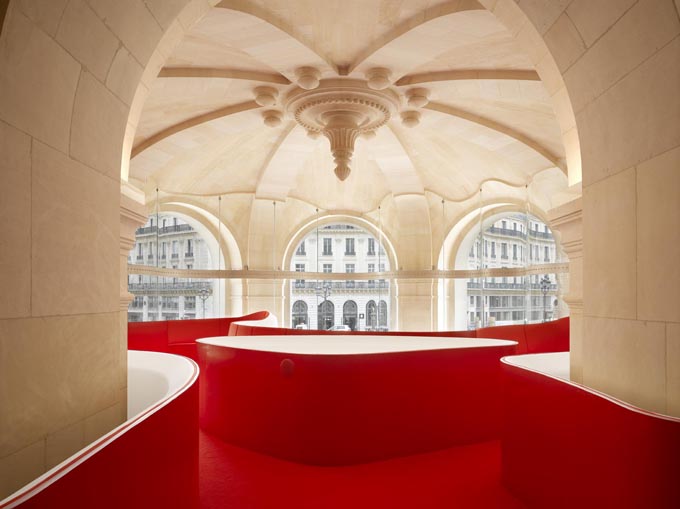