Not your typical weekend cottage, LM Guest House in Dutchess County, New York, is a study in minimalist elegance. The 2,000 square-foot (approx. 187 Square meter) house was designed by New York-based Desai/Chia Architects on the private client’s working farm that had no existing buildings. 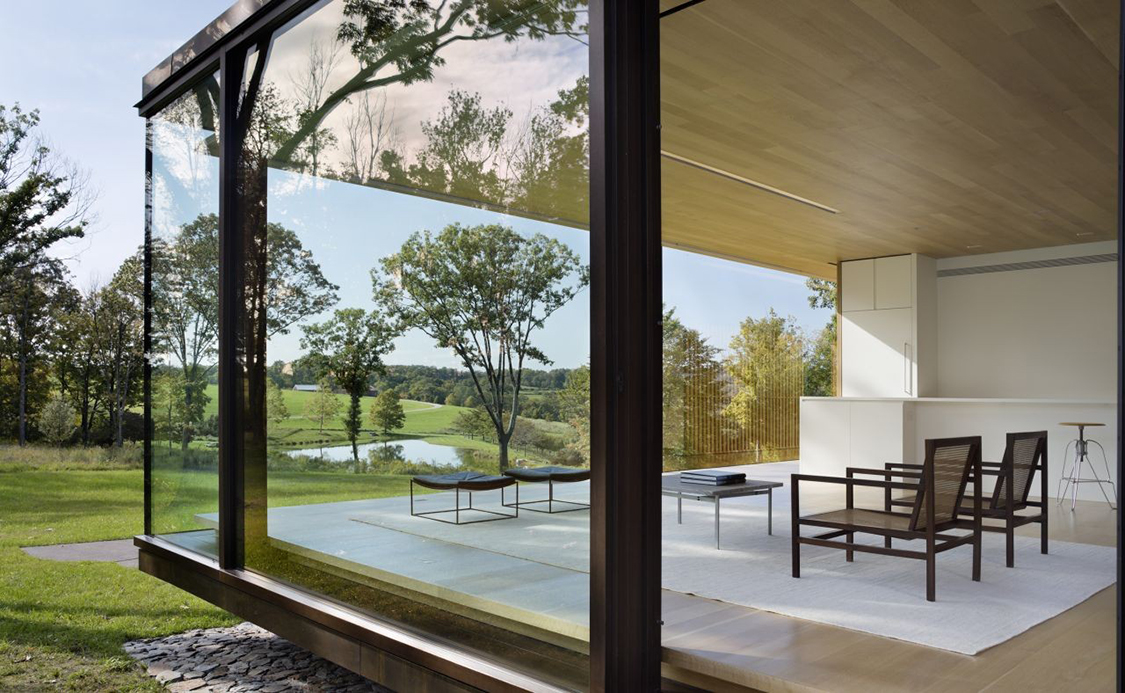 What must have been a rather sizeable budget gave Desai/Chia Architects’ founders, husband and wife Arjun Desai and Katherine Chia, an opportunity to create an updated interpretation of the iconic Farnsworth House, that Ludwig Mies van der Rohe completed in 1951 in Illinois. 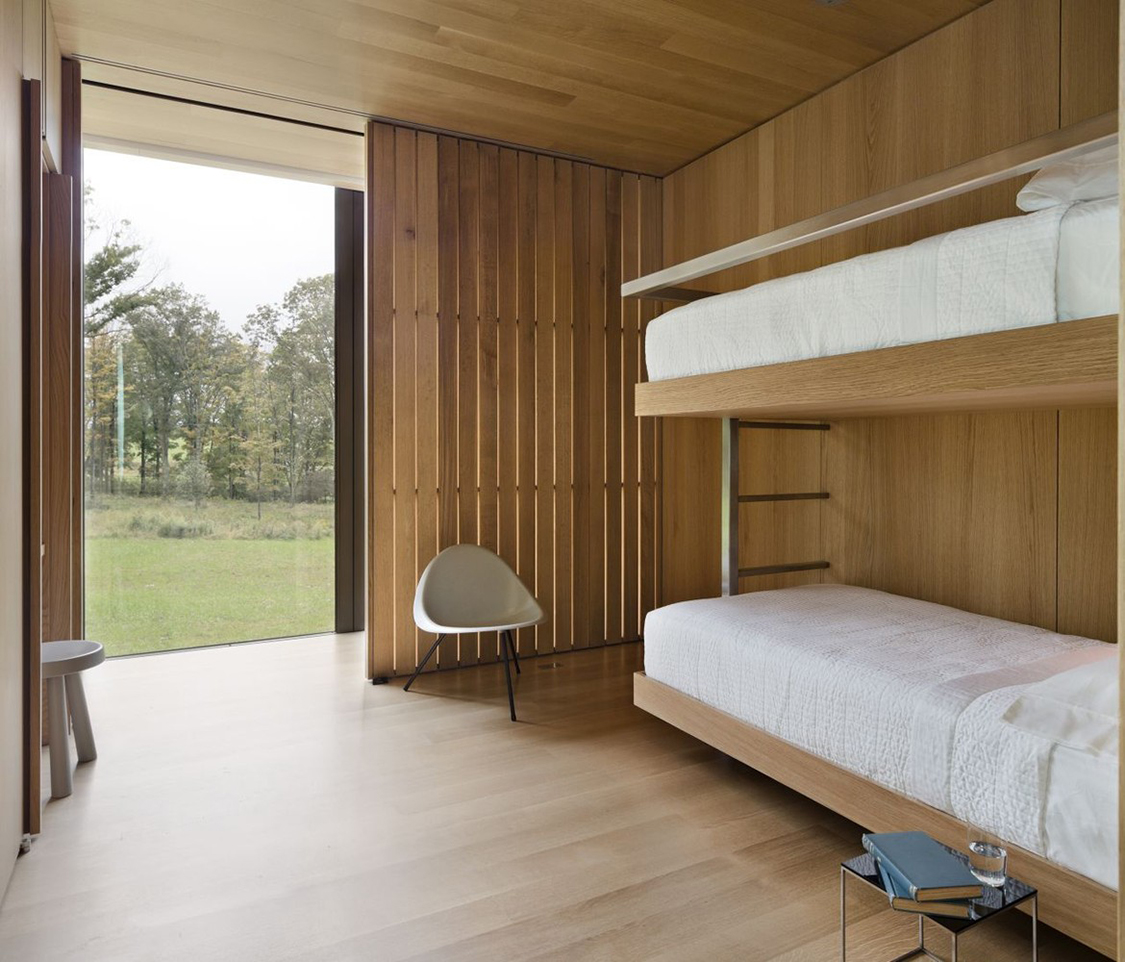 Although Farnsworth House was considered by some at the time to be cold and characterless, an aquarium or a pavilion rather than a dwelling, it has held its place steadily as a superior example of understated sophistication and as a timeless expression of van der Rohe’s desire to create balance and discourse between the indoors and the outdoors. 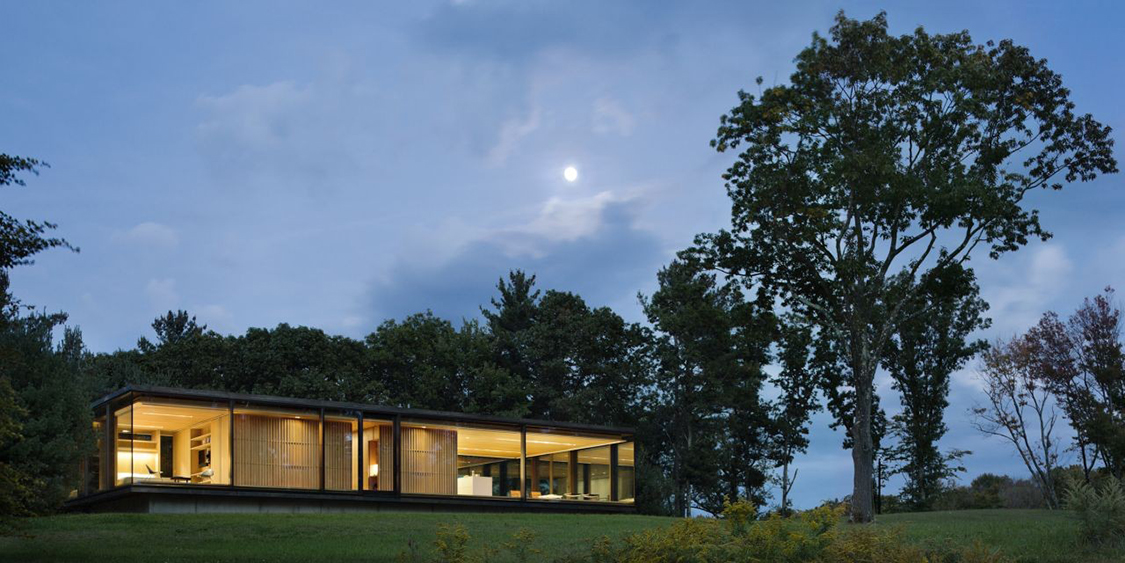 Similarly, the LM Guest House allows the residents an expansive view of the landscape by framing it with the triple-pane glass windows that are 20 feet wide and more than 10 feet high. 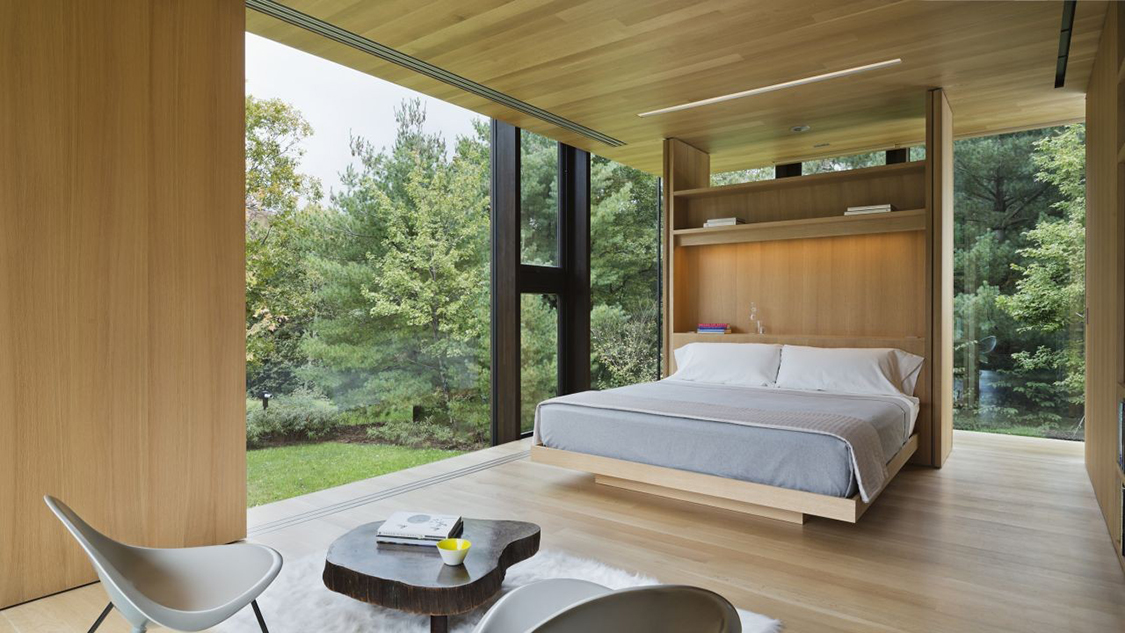 And although the LM Guest House is deceptively simple in appearance, it is a marvel of engineering and sustainable features. Geothermal heating and cooling, radiant floors, natural ventilation, motorized solar shades, photovoltaic panels and rainwater harvesting for irrigation, are just some of the examples of how this modern retreat attempts to fit in with the surrounding nature rather than conquer or harm it. 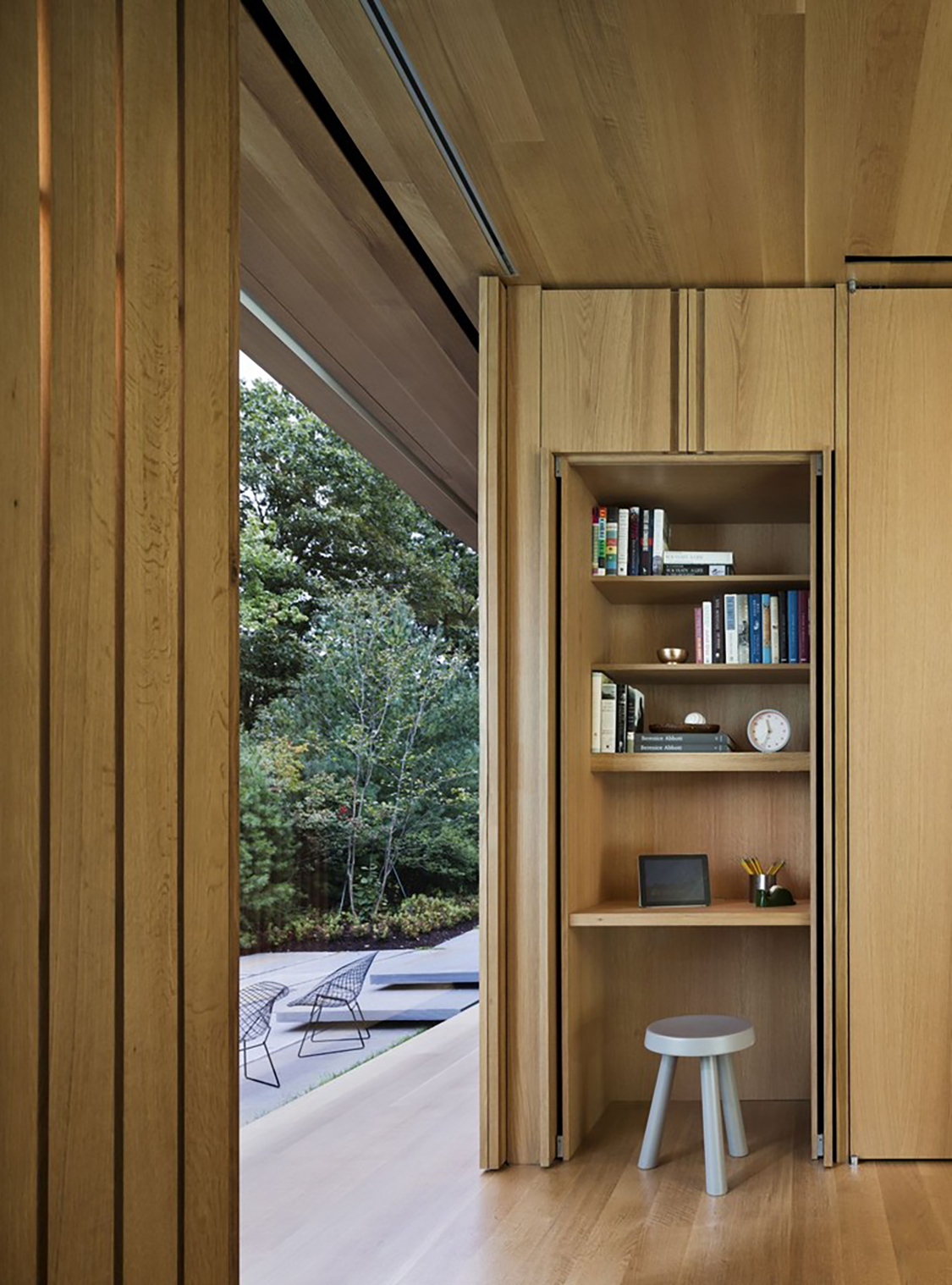 The property’s landscaping follows the same philosophy. Native plants frame the views and provide privacy while also managing storm water run-off. The bluestone slabs excavated from the site are used in the outdoor seating, pathways and terrace. Indoors, in addition to glass, the main materials include American white oak that is used for sliding panels, floors, ceilings and built-in furniture. – Tuija Seipell 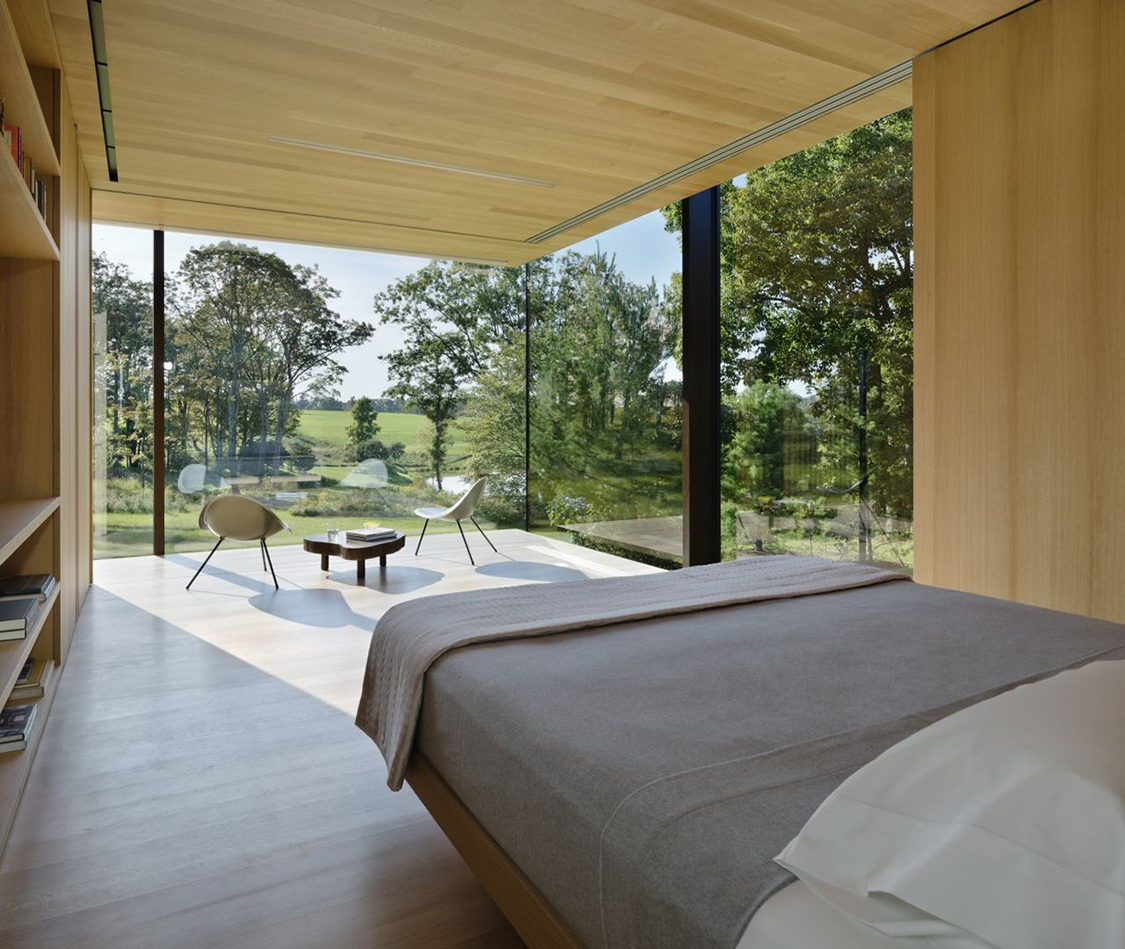 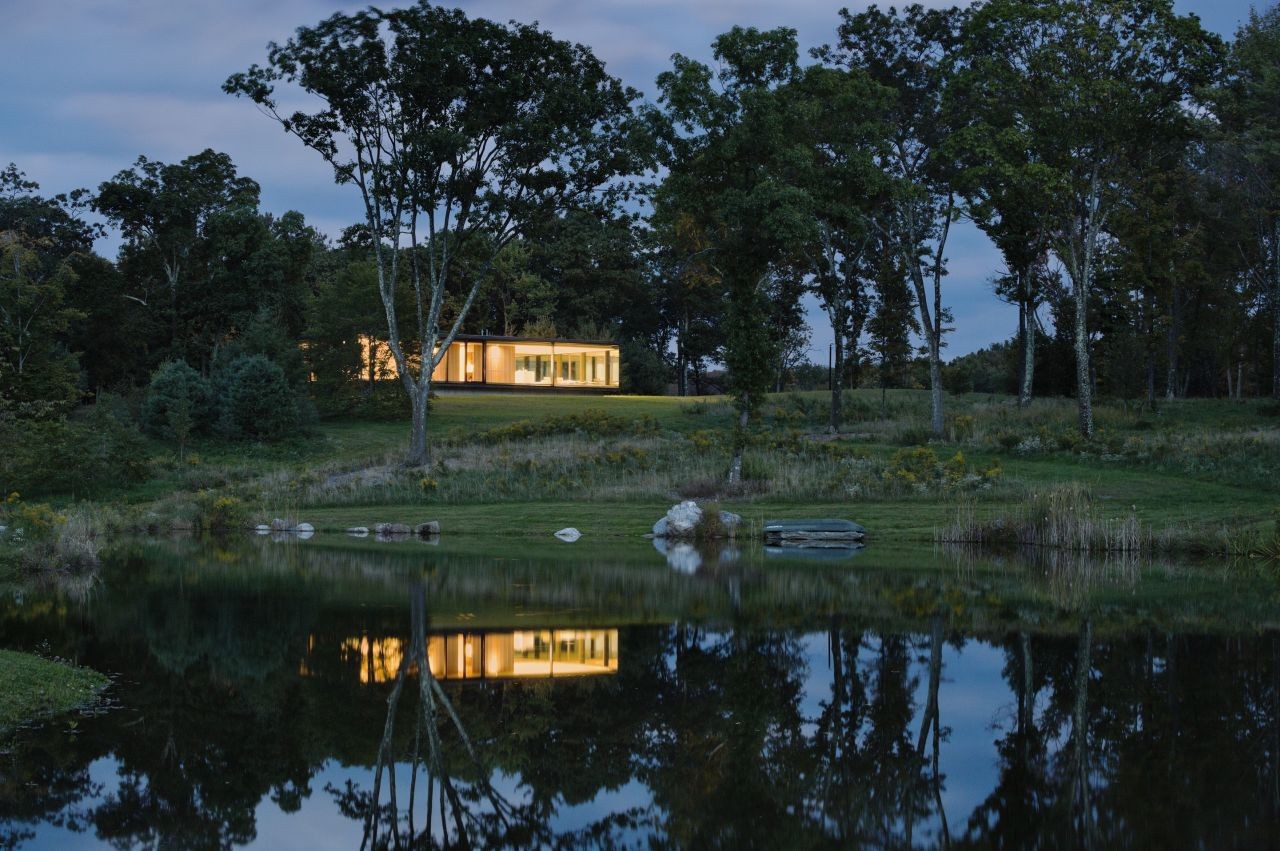