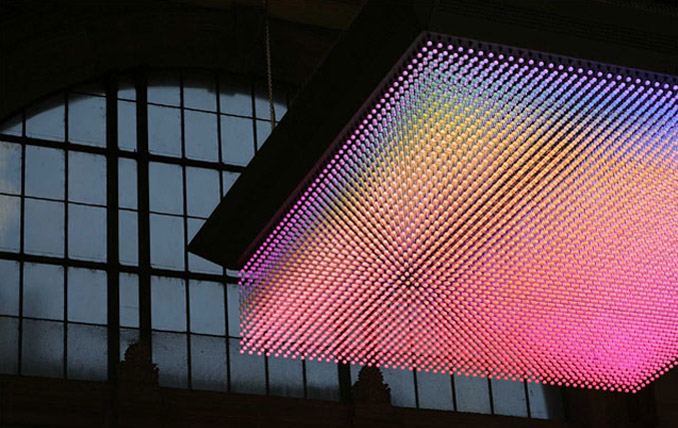 If decidedly unfashionable cuckoo clocks, Tyrolean kitsch and yodeling form your memories of Austria, update your impressions next time you are in Innsbruck. It is hard to not look up in Innsbruck, the provincial capital of Tyrol, with the Nordkette Mountains hulking all around. But focus a bit lower and zero in on the new Town Hall. The Dominique Perrault-designed building is on the Old Town’s (Altstadt) main artery, the 17th century Maria-Theresien Strasse. 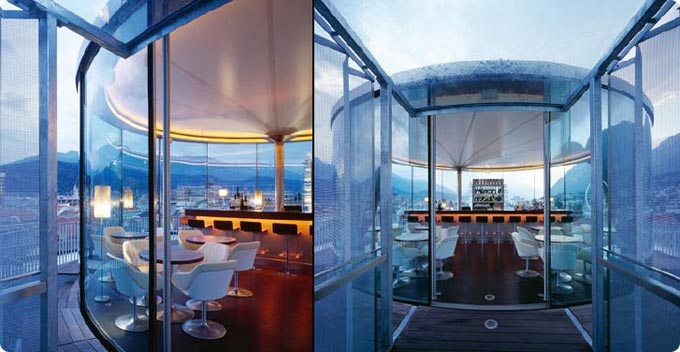 Go up to the rooftop Lichtblick Cafe (also by Perrault) and marvel at the magnificent 360-degree views. The place is fashionable, sleek and definitely void of Alpen-kitsch. The walls are floor-to-ceiling glass and the roof is a translucent membrane allowing daylight through. At night, the entire cafe looks like a large glowing lighting fixture in the sky.
The 54-year-old Perrault is highly regarded for his ability to allow landscapes to be transformed but not interfered by his buildings. His notable upcoming projects include the EWHA Women’s University in Seoul, Korea (2008), the new Mariinski Theatre in St. Petersburg, Russia(2009), and the Olympic Tennis Centre in Madrid, Spain (2009). By Tuija Seipell.