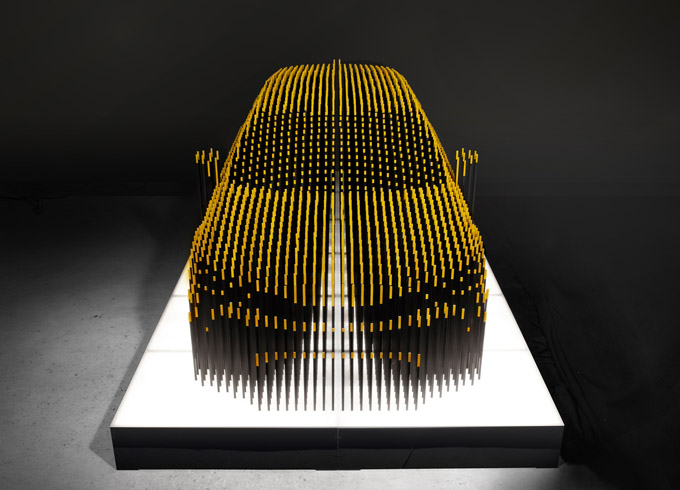 Lexus has taken its fifth hybrid, the compact CT 200h, on the road in more forms than one. This eerie and artistic sculpture, titled CT Umbra, was part of the Lexus debate series tour called Darker side of Green. 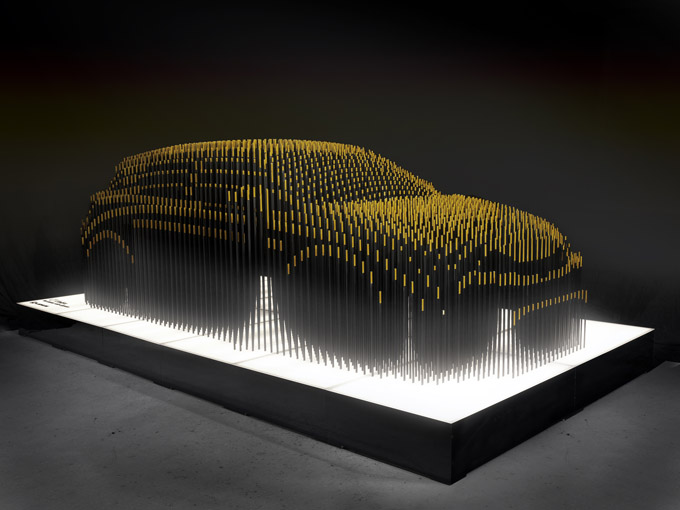 Created by Los Angeles-based Nondesign, the installation aimed to highlight the two seemingly opposing features of the vehicle – luxury and eco-friendliness – by changing colours from luxurious gold to earthy green and blue. This contradiction was also the underlying question during the debates. 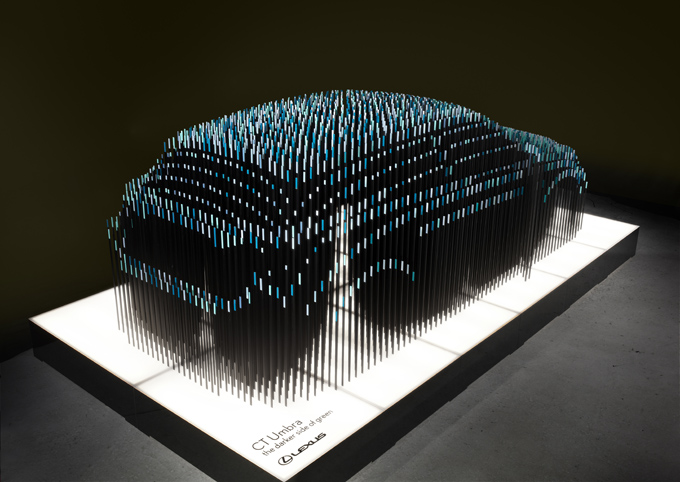 The sculpture is based on a map of vertical lines created from the CAD model of CT 200h. It was built of 2,500 half-inch anodized aluminum bars cut to the exact measurements of the map.
Lexus introduced the debate concept in March with a celebrity-attended press event at Skylight West in New York just before the car’s launch at the New York International Auto Show. 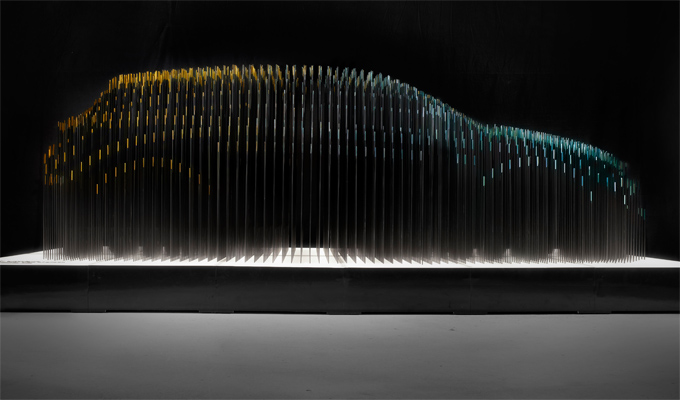 In July, the debate travelled to Los Angeles, Miami and back to New York, and ended on August 5 in Chicago. Cool locations (Palihouse Holloway in L.A., Bowery Hotel in N.Y., Ivy Room in Chicago), music and art, and moderators (comedian Tracey Morgan and singer Mark McGrath and actor and comedian Jamie Kennedy), spiced up the 40-minute debate between two hard-hitters, one pro and the other skeptical about sustainable energy and the green economy. 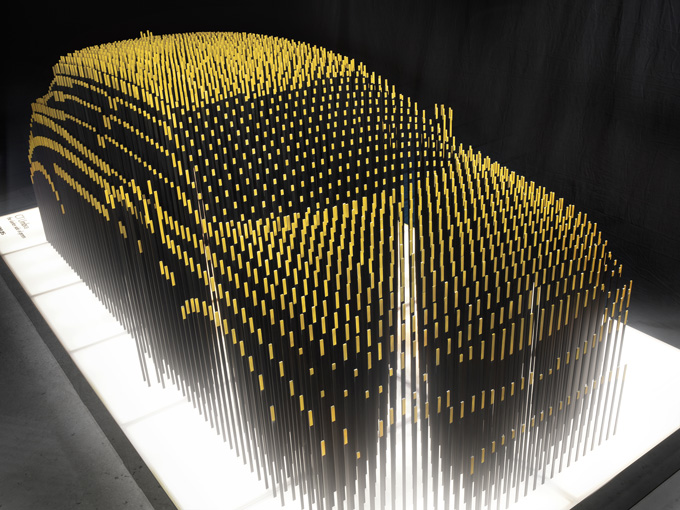 The goal was to highlight these issue is general and to seek common ground between the two sides. The discussions highlighted the question Can green and luxury go together? In Miami, almost 750 people attended and enjoyed the pre-debate cocktail reception sponsored by Patrón.
After the debate tour, Lexus will take the CT 200h to each of the tour cities to offer local customers and VIPs the chance to test drive it. – Tuija Seipell.

A year before the Lexus launch, London-based designer, Laura Micalizzi, created a similar-looking ‘car’ installation called 10M3 DI PAUSA for the Milan Furniture Fair
Micalizzi’s car-shaped sculpture aimed to draw attention to the value of space in the city and to the growing necessity of cars.