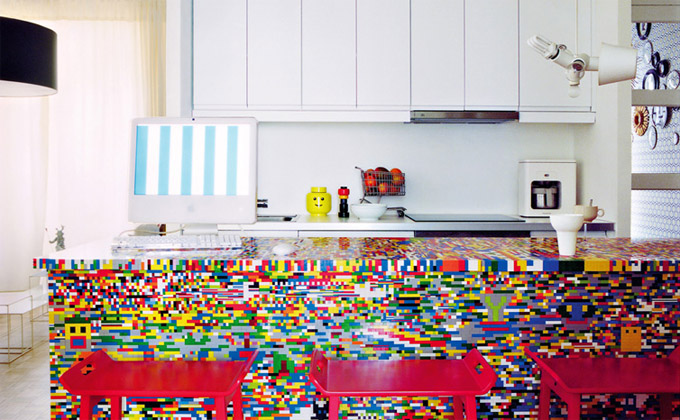 It seems that quite a few things will benefit from a Scandinavian touch. Munchausen, a duo formed by Parisian designers Simon Pillard and Philippe Rosetti, took a bold approach with their own kitchen by venturing to IKEA for the basic kitchen island and then spending the next week covering it with more than 20,000 pieces by another Scandinavian brand, Lego 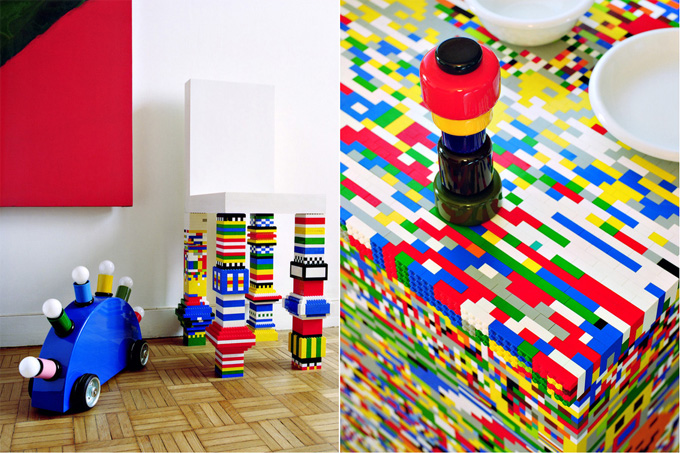 The result is a one-of-a-kind creation that serves as an artistic centerpiece for the space, in addition to functioning as a kitchen counter. Pillard, who works with fashion house JC de Castelbajac, and Rosetti who works with Hugo Boss France Identity, formed Munchhausen in 2004. 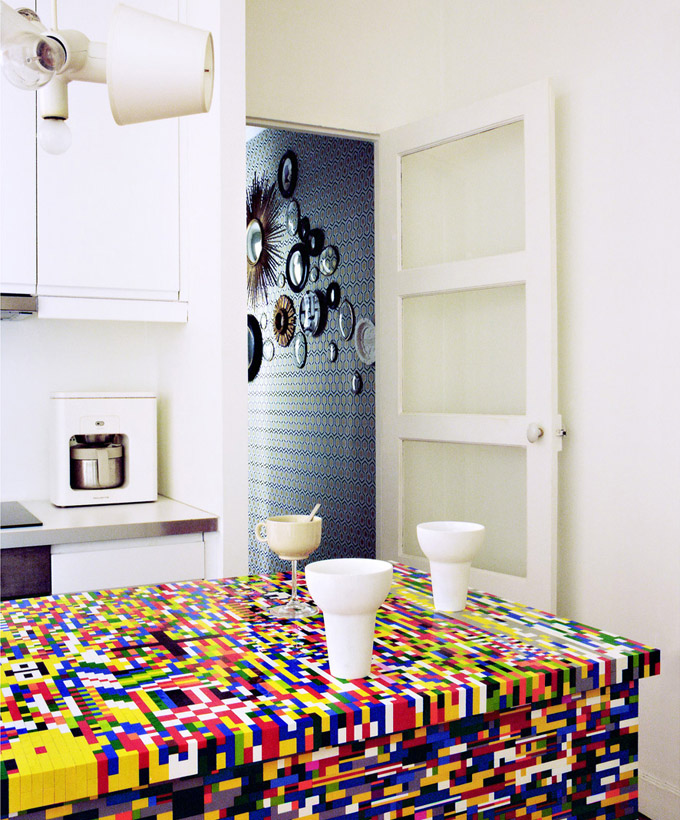 The two have recently contributed a collection of T-shirts, cushions, wallpaper and accessories for the new French label Commune de Paris, 1871. Munchhausen was one of three initial contributors for Commune de Paris, 187. The other two were Julien Langendorff and David Herman Dune. – Tuija Seipell. 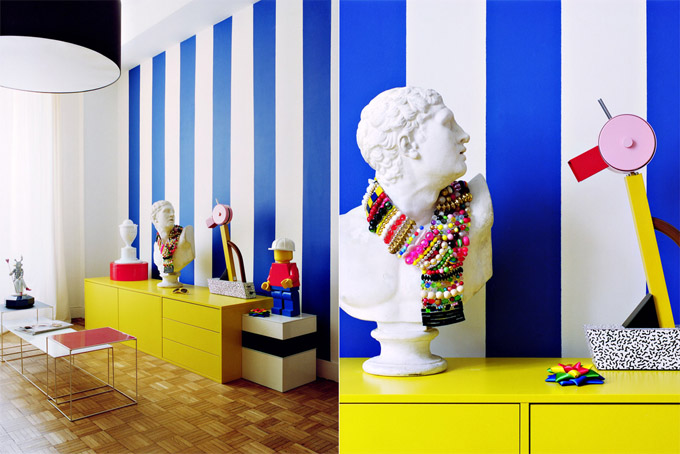