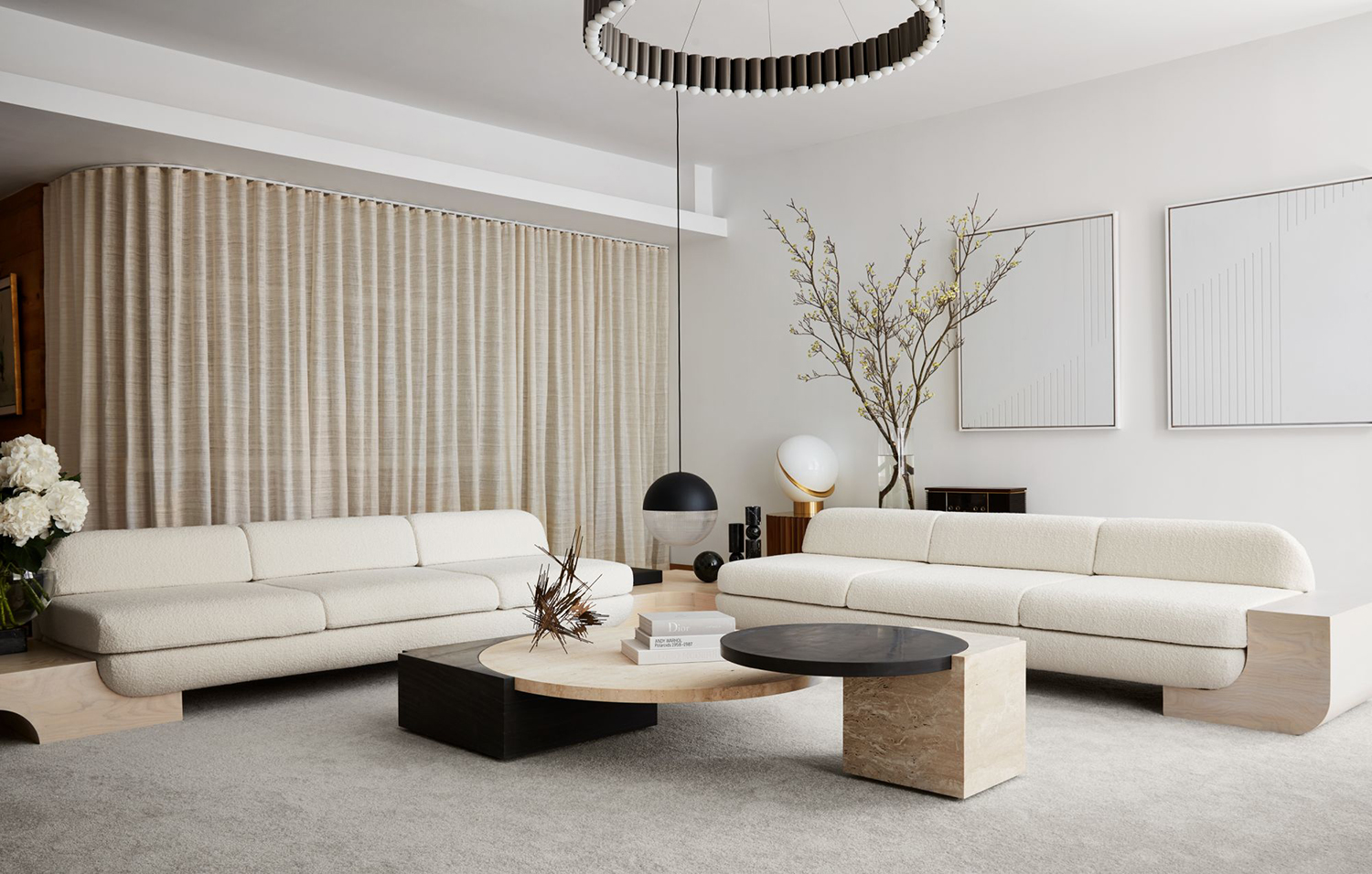 We are always looking for balance. That elusive poise where everything belongs and nothing is missing. There is no definition for it. Certainly not in our books. It can take many forms and it either is there or it isn’t.

In the design of his New York home, British designer Lee Broom is skilfully dancing on the verge of balance. His gently theatrical second home unfolds like different stage sets. Each room is different and yet there is also an overall balance. The cohesiveness is achieved by using mainly furniture and lighting he has designed either for this apartment or earlier for his company, Lee Broom. And because he has a distinctive modernist-minimalist-art-decoy style, everything in the apartment fits together. And he avoids the overdone-showroom syndrome by adding in each room pieces from his own personal collection of art, furnishings and interesting objects.

The 45-year-old designer of luxury lighting, furniture and objects sells his 15-year-old Lee Broom brand in 67 countries. And because the US accounts for 35 per cent of sales, he was constantly flying between London and New York. Eventually, he and his partner, Lee Broom co-founder and CEO Charles Rudgard, felt they wanted a home-away-from-home in their beloved New York. 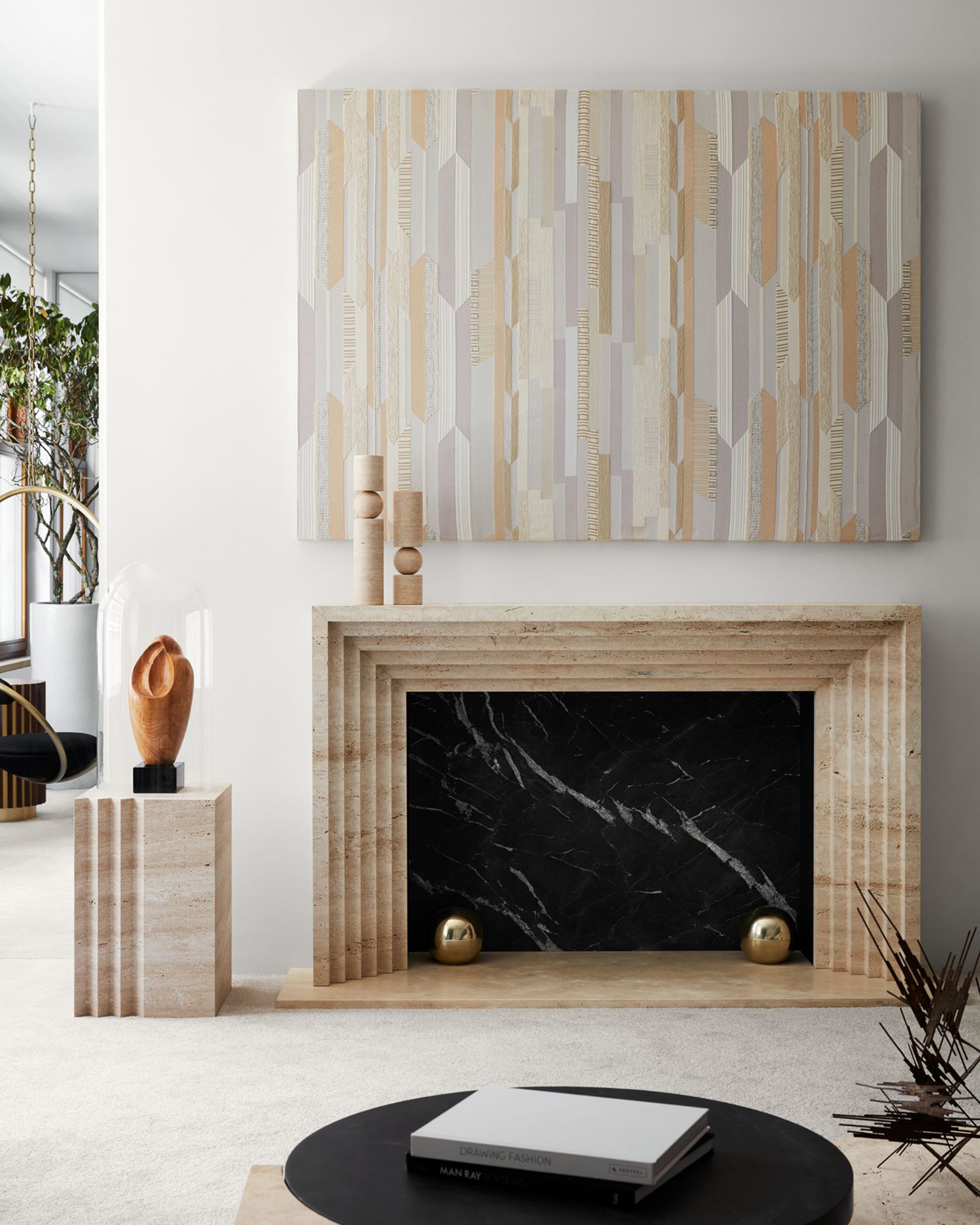 Broom’s background as a child actor, his studies of fashion design under Vivienne Westwood and his work on store design and window displays with brands such as Fendi, Christian Louboutin and Bergdorf Goodman have given him a global sophistication and timeless touch which he then imbues with both theatrical drama and minimalist restraint. 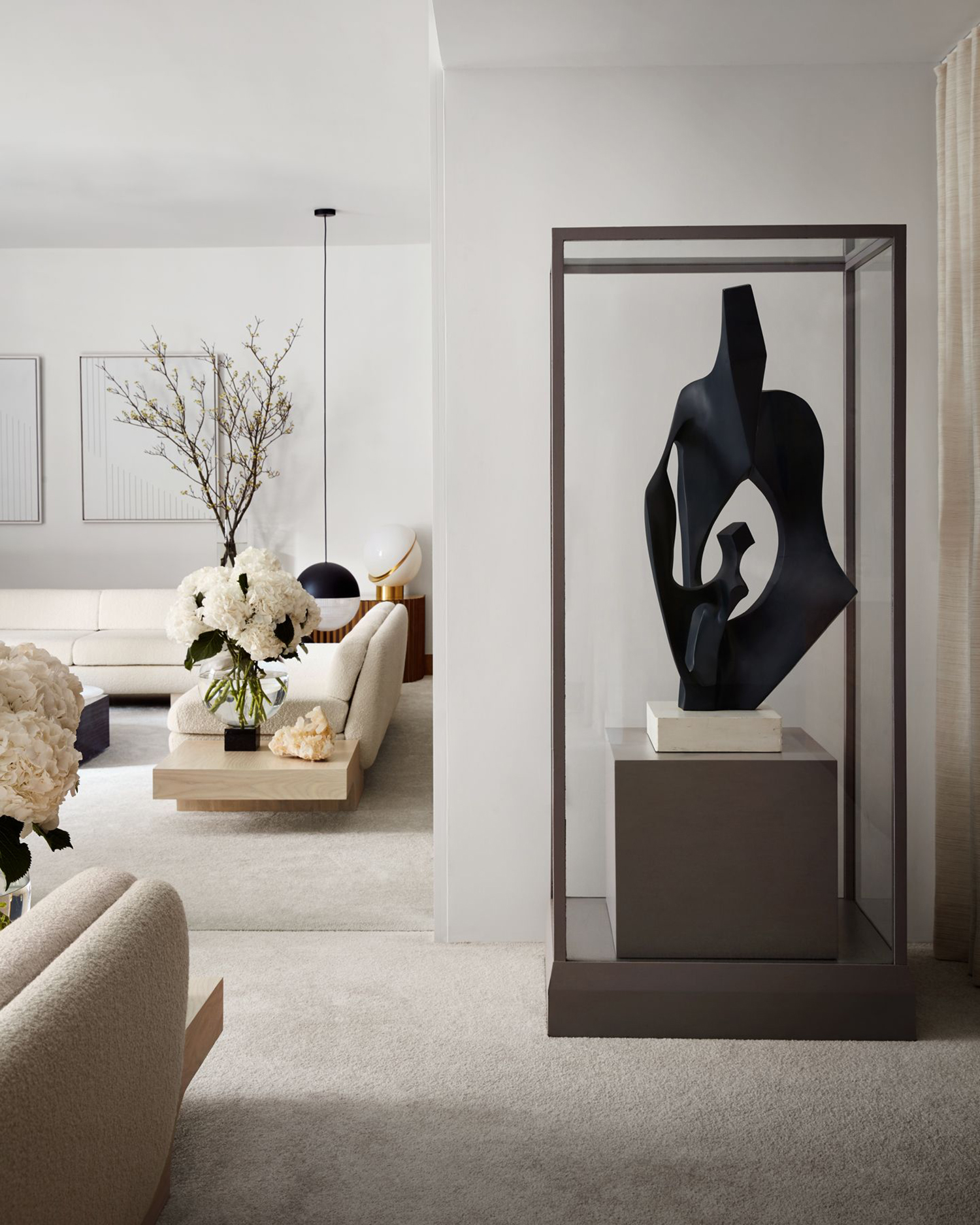 The 3,000 square-foot (279 sq. ft) penthouse duplex is accessible only via a private elevator and takes up the top fifth and sixth floors of a converted 147-year-old cast-iron office building on White Street in the luxurious Tribeca. The building appealed to Broom because it was the first sustainable historic refurbishment in New York. Eighty per cent of the materials used were reclaimed from the building and the remaining 20 per cent was sourced locally. Rather than opting for the typical Tribeca open-plan loft style, and also contrast to the couple’s apartment in a restored fire station in London, Broom created a series of rooms that unfold like short stories or separate theatre stages, each with its own vibe. The living room exudes Scandinavian monochromatic minimalism with touches of art deco. It houses much of his new collection and is bathed in natural light. Designed specifically for this room is his first sofa in 10 years, the floating White Street modular sofa collection with built-in end pieces in white ash and upholstery in ivory bouclé. In front of it, also designed for this room, are the equally weightless Tribeca tables. Above it all hags his well-known circular chandelier, Carousel XL.

In one corner is his Hanging Hoop chair made famous by Beyoncé who used it in her 2020 Already music video. Another eye-catcher in the living room is the retro-influenced custom-designed fireplace made of Italian Travertine marble. The art deco dining room with its deep-blue moiré walls features Broom’s newly designed dining table and his decidedly mid-century-inspired Musico chairs (2019) made of hand-bent stainless-steel tubes and upholstered in blue velvet. Next to them, is the 1980s cocktail bar Broom had recently discovered in Laguna Beach , California. It was originally designed as a room divider by American designer, Steve Chase.” The dining room adjoins a large roof terrace with views of the World Trade Centre and the city skyline. 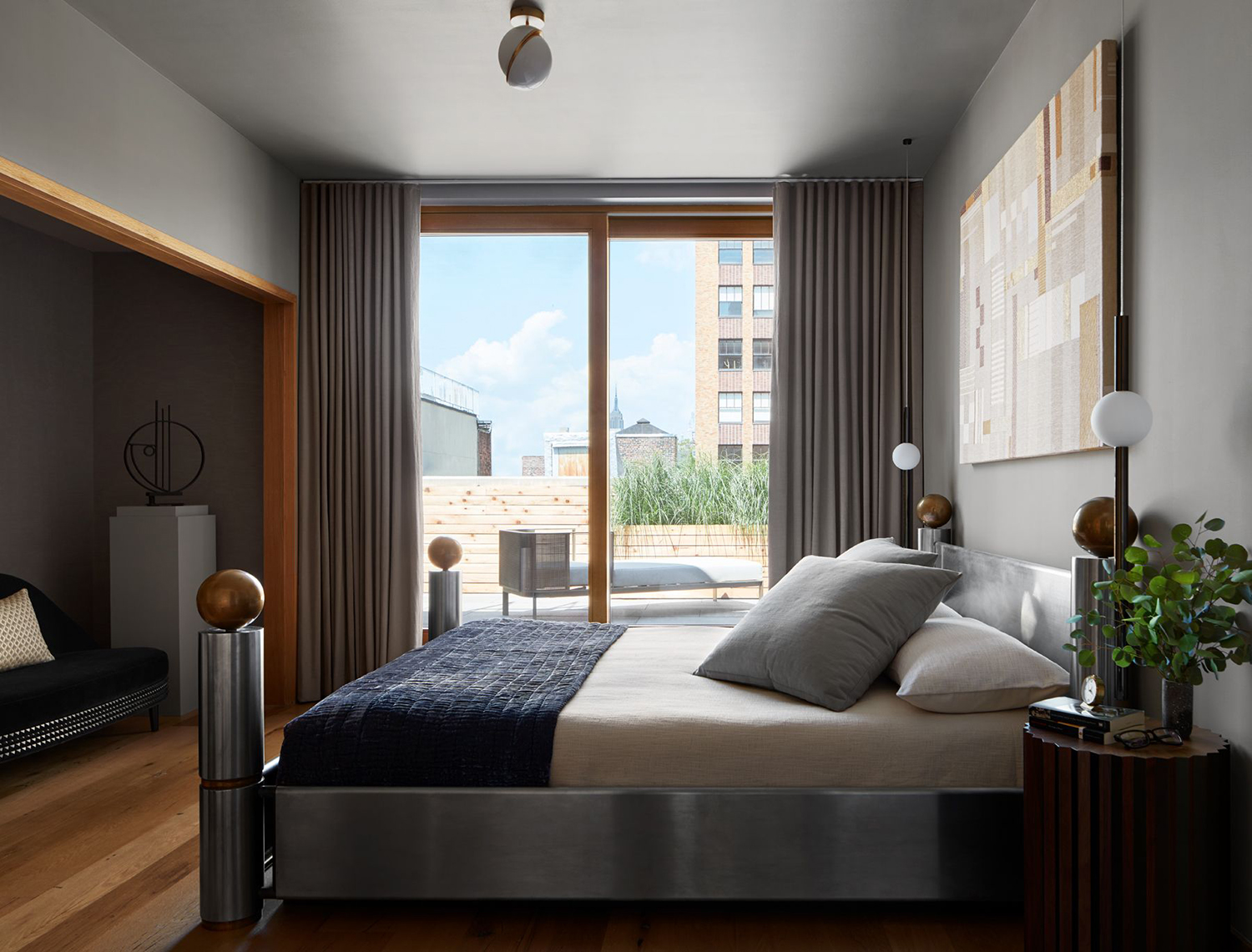 The master bedroom boasts views of the Empire State Building and showcases the black Salon sofa that is vintage Broom from 2011. The bed is another vintage piece Broom had found years ago in Los Angeles. It is made of stainless steel and brass bed and has the sphere and cylinder motifs typical of so many of Lee Broom’s own pieces. An avid collector and hoarder, he has for years owned a black leather jacket painted by New York-based artist Keith Haring. It now has finally found its rightful place hanging right above a retro turn-table console in Broom’s study.

The kitchen cabinetry is made from 300-year-old reclaimed oak and the work top is of Vermont-sourced marble. Initially imagined to become more of a Lee Broom showroom and less of a home, the duplex has turned into a well-thought-out home that works for its specific inhabitants and showcases their life and work. A fine balance. Tuija Seipell Designed with bold negronis and effervescent spritzes in mind, the Brass Cocktail Coaster is the perfect addition to your tablescape, bar and coffee table.