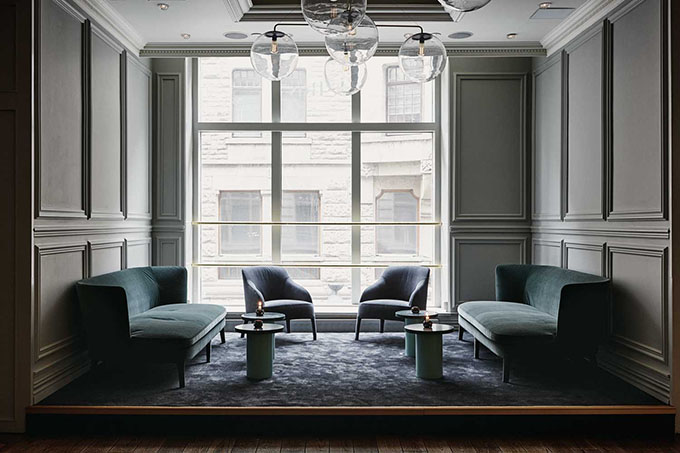 The work of the Finland-born, Los Angeles -educated Joanna Laajisto is drawing our attention for the second time this year. In January, we wrote about her Finlandia Caviar restaurant in Helsinki. 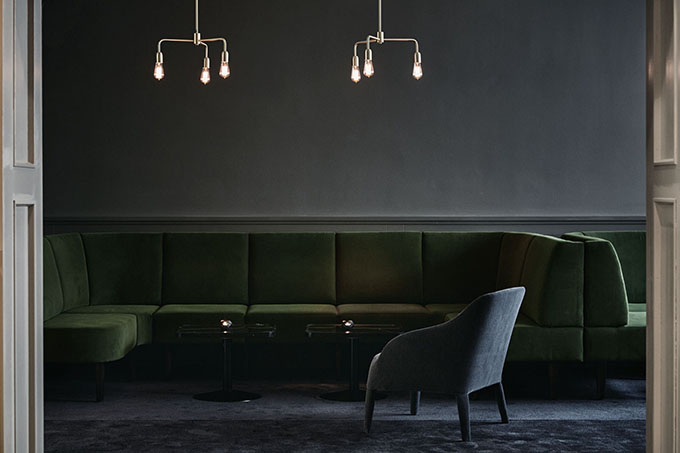 This time, we are fascinated by the classy drama she’s created in the Le Roy nightclub and ball room/party space located on the second floor at the König corner (the corner named after the well-established, storied restaurant König) in Helsinki. 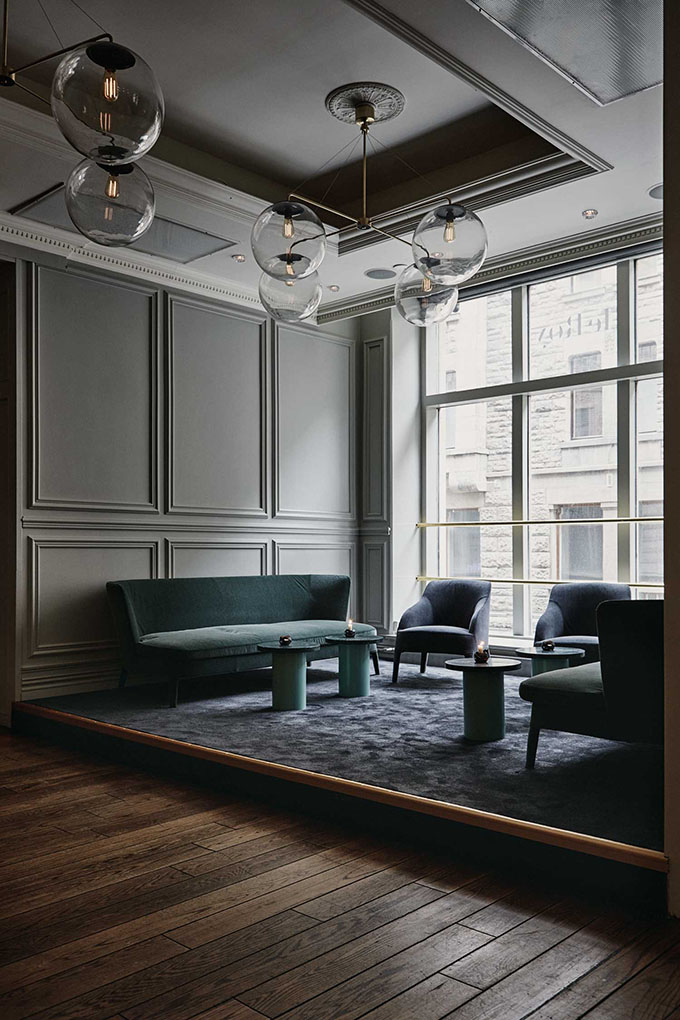 Much of the corner in downtown Helsinki’s main restaurant area has been under renovation and several restaurants have now re-opened. Among them is not just the second-floor Le Roy but also Michel downstairs, also designed by Laajisto and owned by the Center-Inn group that operates over a dozen restaurants in Helsinki. 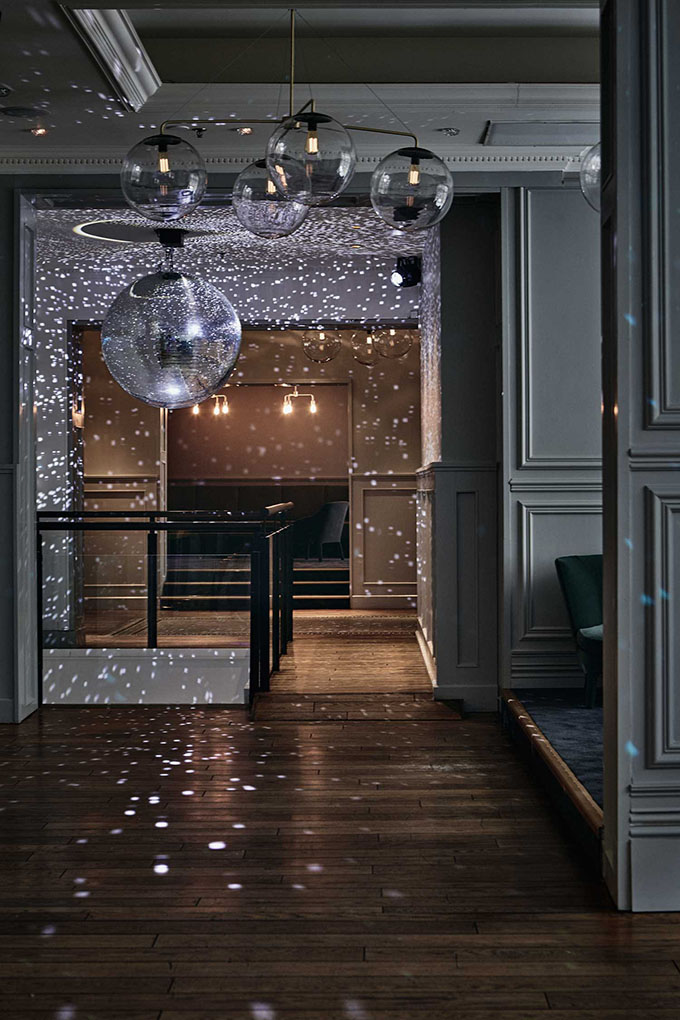 Le Roy opened just in time for the serious party-time kick-off of First of May this year. Laajisto has retained the character of the original building, designed in 1982 by architect Karl August Wrede. Wrede was the architect of the entire passage located between the North Esplanade and Aleksanterinkatu streets and known as the Old Trade Passage, and in more recent years as the ‘Granny Tunnel’ referring to the ladies of certain age spending time sipping bubbly in the many restaurants. 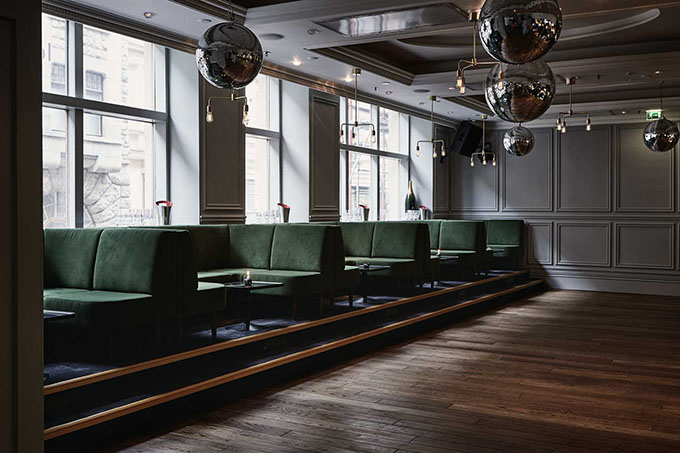 Laajisto has allowed the large windows of the building to dictate much of the feel of the space. There is more natural light than in a typical night club and her lighting choices add to the dramatic play of dark and light.
The dark wood flooring, wood paneling, dark-hued furnishings and original fittings, such as mirrors and sconces, are beautifully enhanced by the natural light with the overall effect suggesting a space that has known many stories and parties in the past of the capital city.

Laajisto selected the additional lighting from the collections of the Swedish Rubn and London-based (and Germany and Sweden manufactured) Atelier Areti. Some lighting fixtures were custom-created for Le Roy. 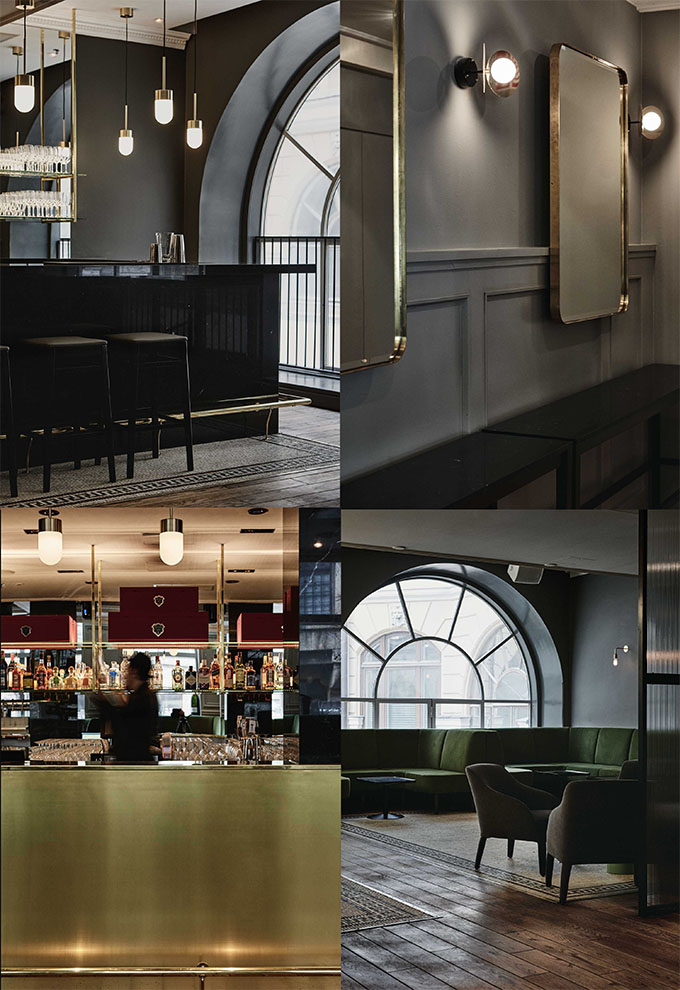 The round marble tables come from Frankfurt-based e15 and the lounge chairs and sofas are by B&B Italia. – Tuija Seipell.