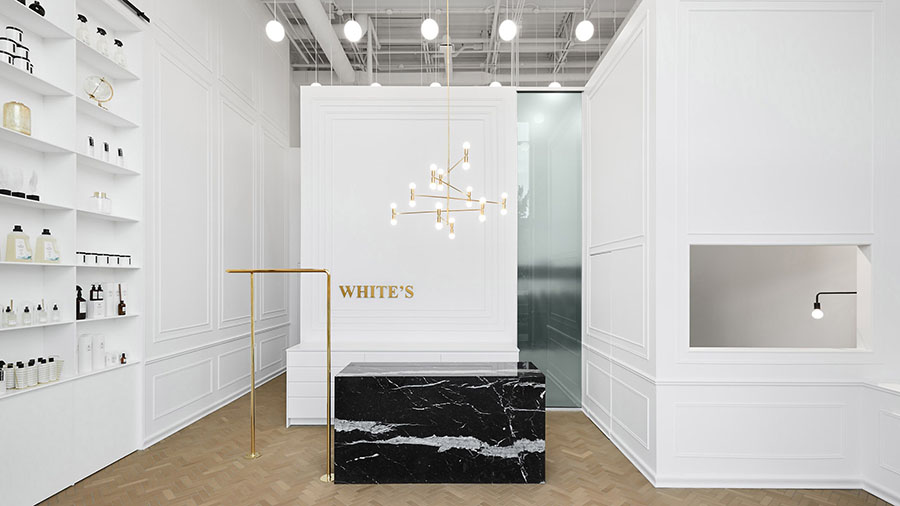 Inexplicably, some aspects of the street-front retail scene seem forever doomed. Dry cleaners and laundry services are a perfect example of this. Yes, we have seen attempts in the past few decades of creating new concepts around this service by combining laundry with hair salons or coffee shops or other services.

But those attempts haven’t really changed the game. Most of us still pick up our dry cleaning from non-descript street-front locations, accepting the status quo of their appearance while also feeling guilty about the environmental damage that our habit of buying dry-clean-only clothes is causing. 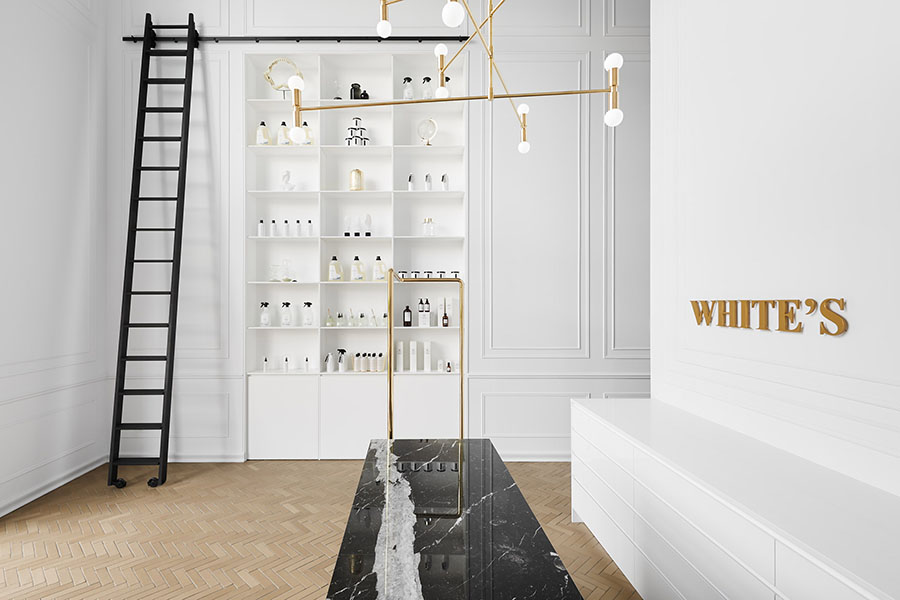 Our hopes go up on the visual front each time we see a new entry in the category and especially when we see a concept where the value of the total experience has been understood.

Montreal architects Gabrielle Rousseau and Philip Staszevski of Ivy Studio have created a minimalist environment for Le Nettoyeurs White’s 800 square-foot (74.3 sq.-metre) dry cleaning service shop in the Boucherville neighbourhood of Montreal on the south shore of the Lawrence River.

The Ivy Studio team, who started as Studio Object in 2015 and later became Ivy, draws inspiration for their work from Miami of the 90s, post-modernist America, Bauhaus, Mies and Eames.

In the case of White’s, they are channelling a modern Parisian apartment with its classical features such as the high ceilings, white walls and mouldings, and with its sparse material palette. 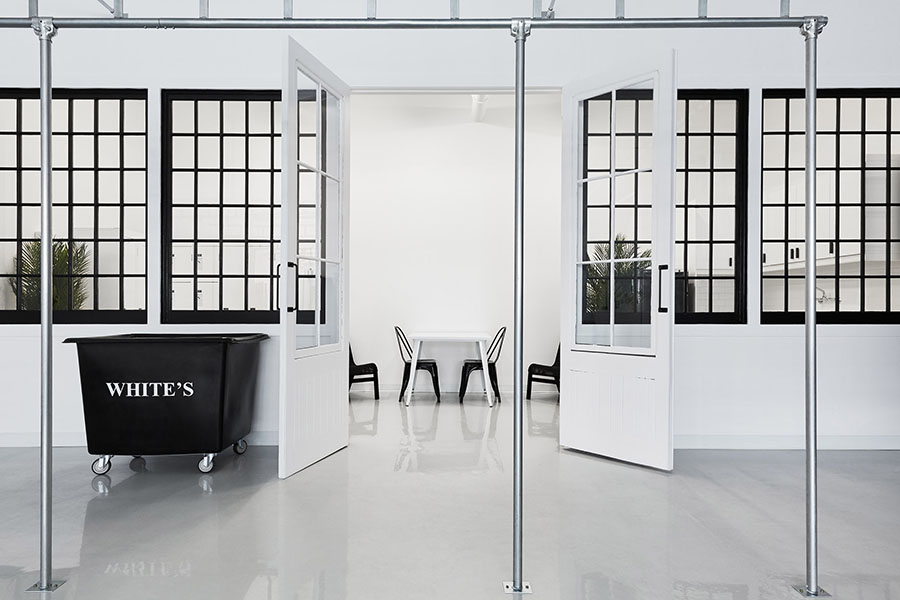 The custom lighting fixtures by Montreal-based Lambert et Fils, the terracotta wall tiles and dark marble counters add to the feeling of old-world elegance to the shop. 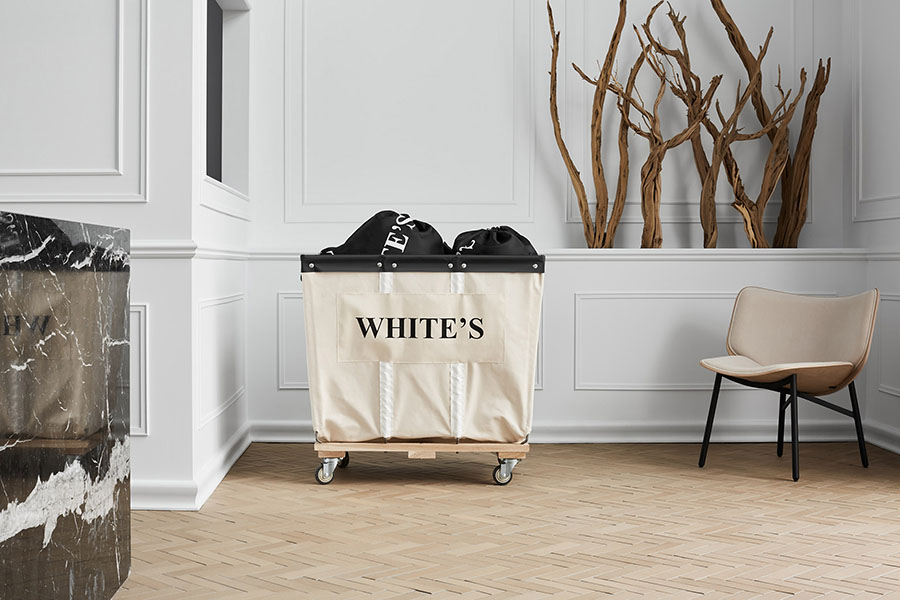 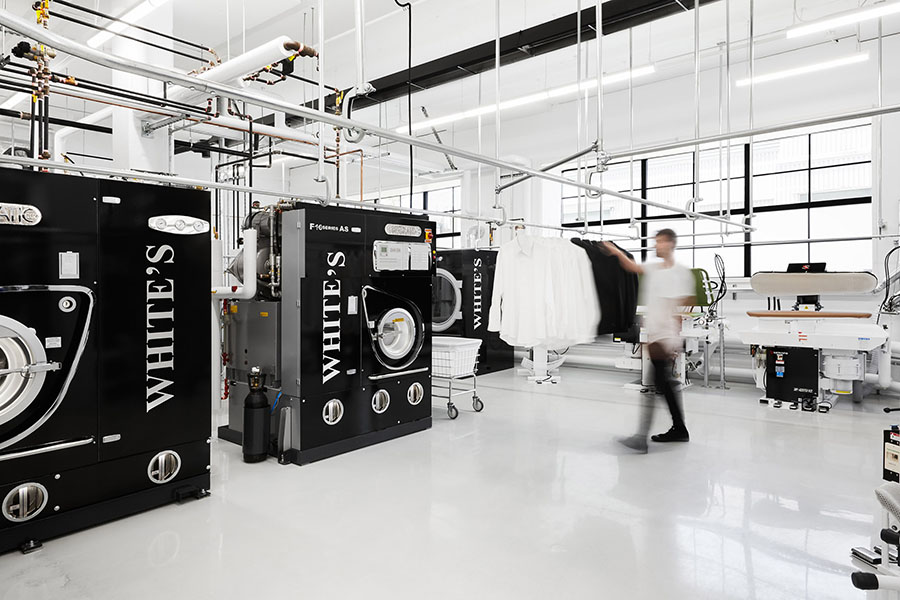 And we are not just encouraged by the environment of this shop but also by their pronouncement – on their yet-to-be-finished website Les Nettoyeurs Whites– of ‘ecology’ as part of their quality promise. Tuija Seipell 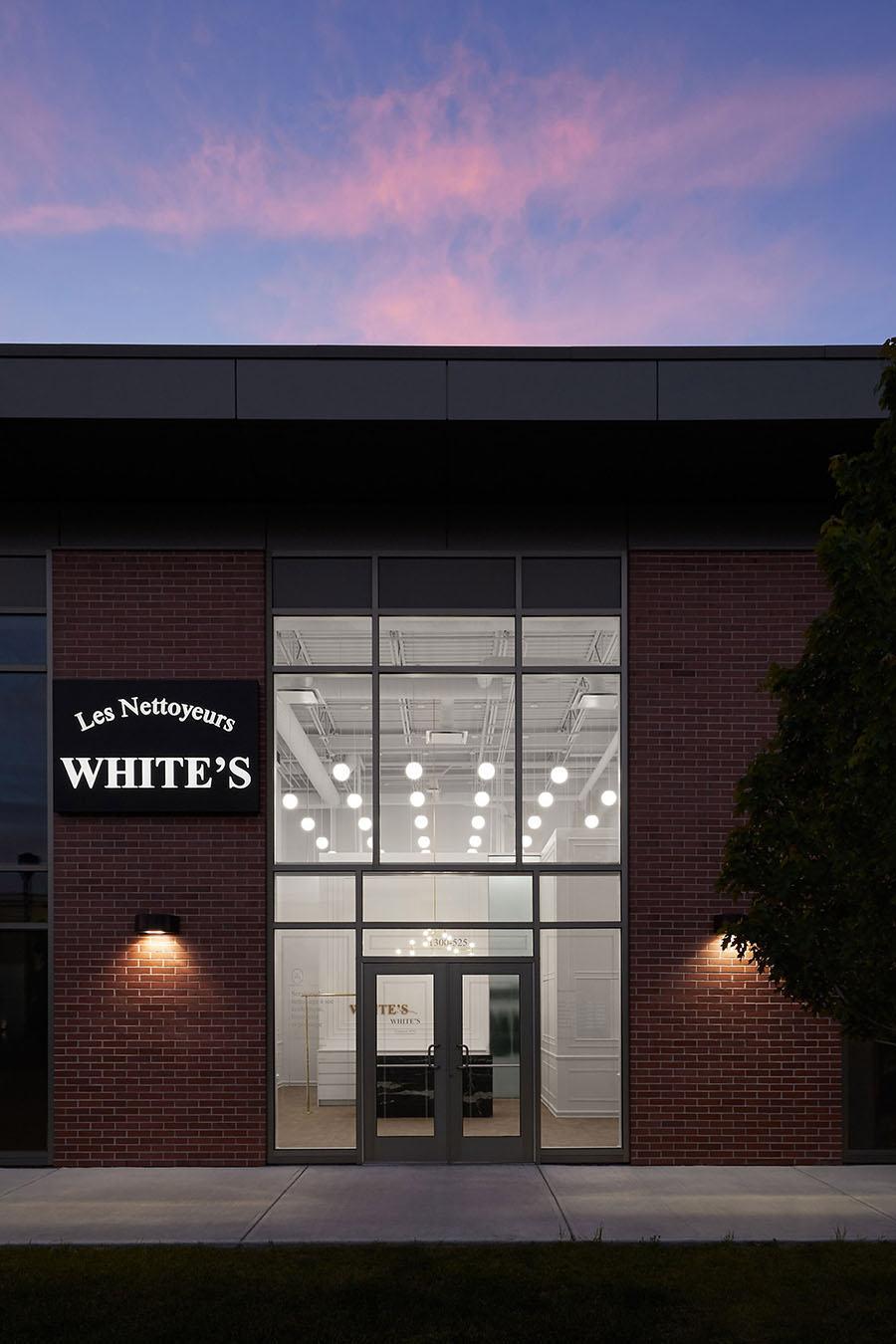