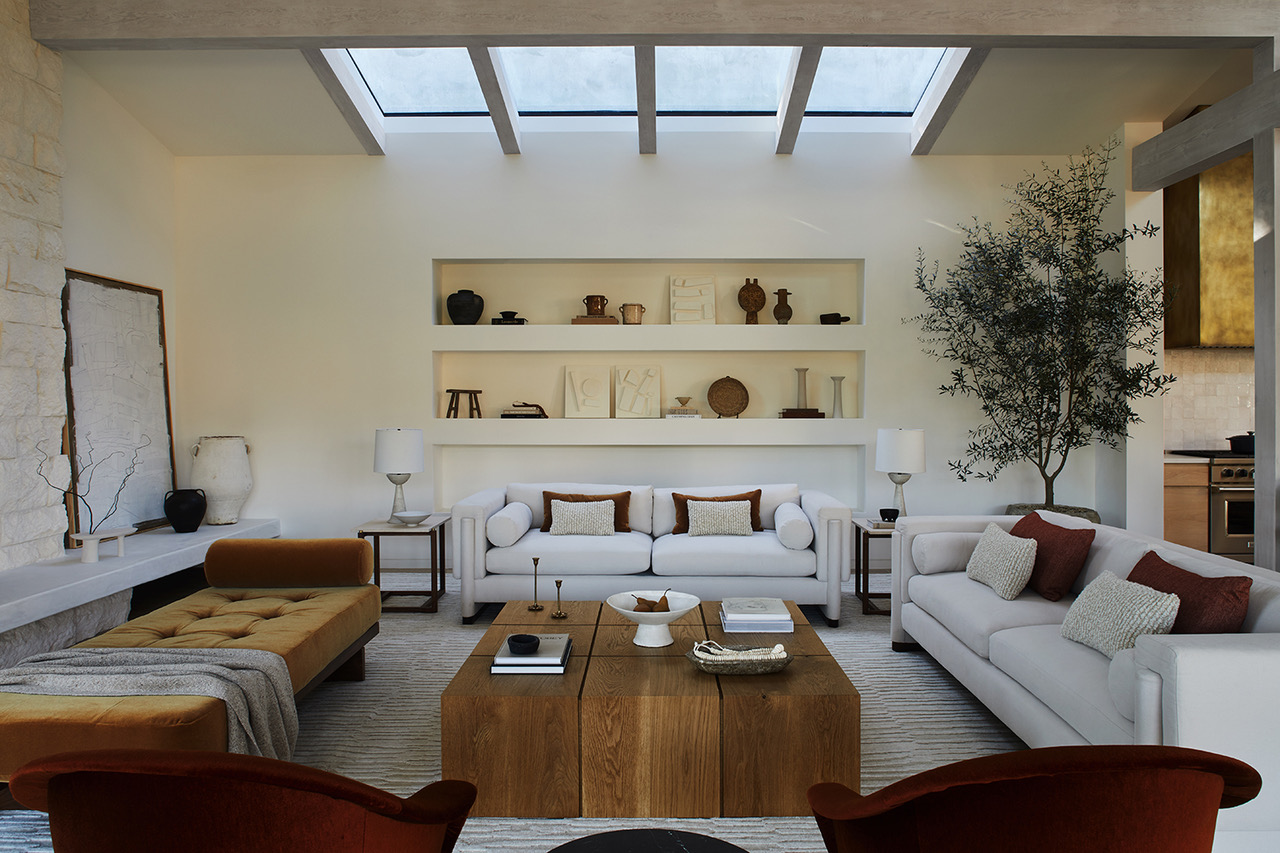 Sophisticated but practical would be an appropriate description of the large new family home in Laurel Canyon with interior design by West Hollywood-based Studio Lifestyle. But it is much more than that. Behind the holistic look are layers and layers of solutions reached through hundreds of decisions and negotiations, yet it all looks like a cohesive entity. 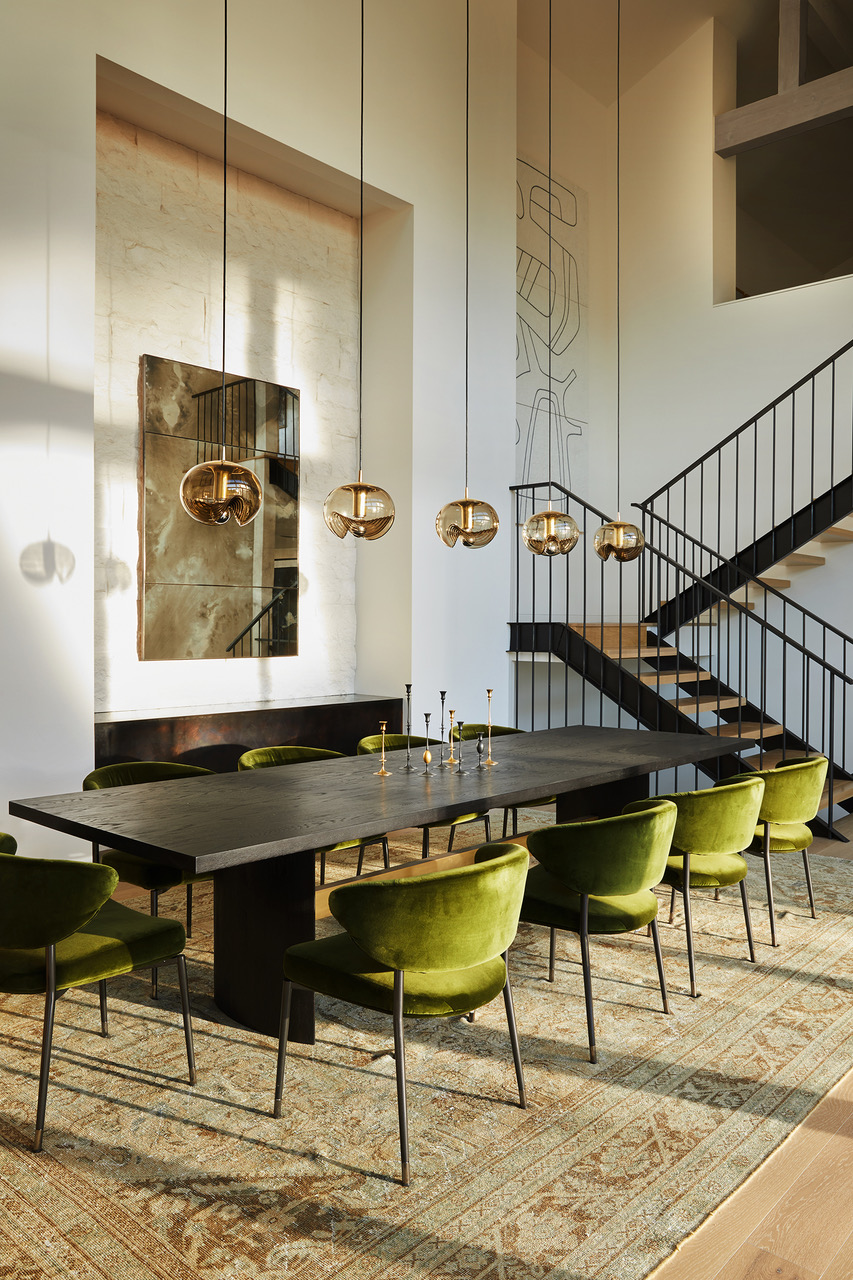 We love the overall livability of the house. Although it is opulent and luxurious it was designed to be lived in, not just to be photographed for media or showcased for guests. We also love the classy and subtle use of colour. It is not the tiresome and pretentious ‘splashes of colour’ but instead the colours give definition and character to each area and add to the sense of personality to the home. And although there is a lot of space, the designers have included several space-saving solutions and built-ins, from the U-shaped, wall-mounted old-green leather seating in a three-windowed alcove, to the multiple built-in shelving units and custom-built closets. 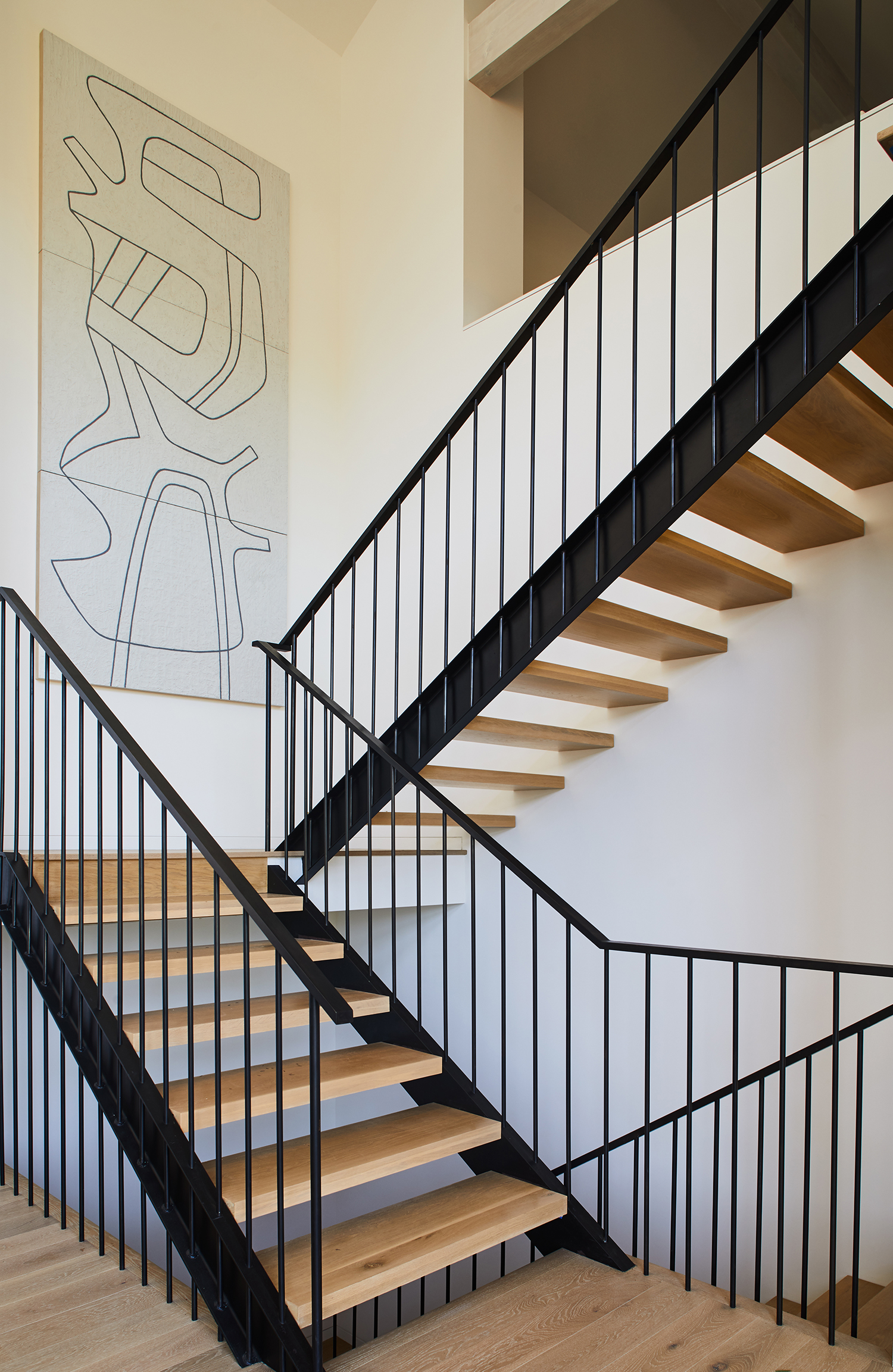 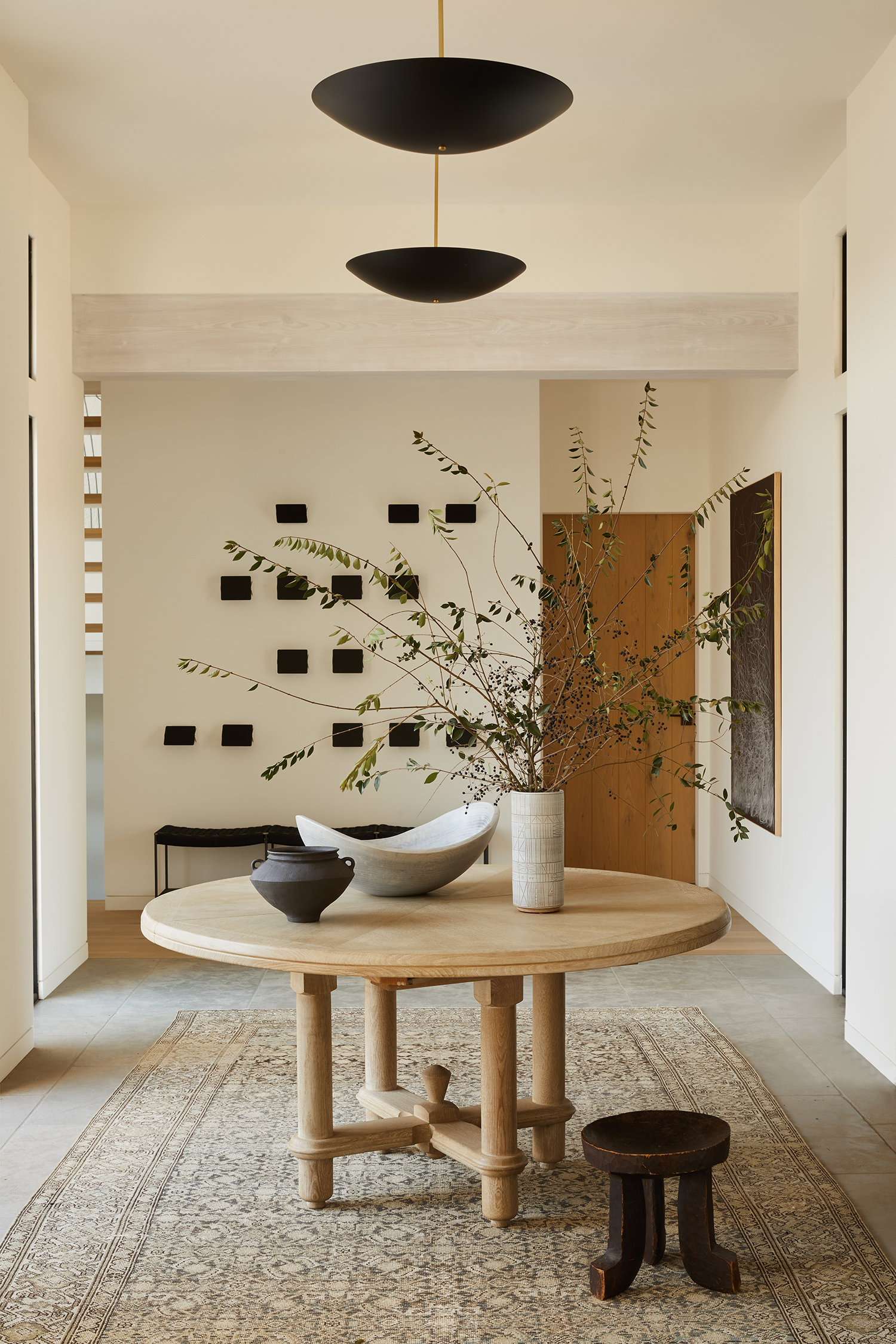 Exposed beams, skylights and engaging views from room to room add interest and create a flow that helps separate the areas. The client, a family of four – a couple and their two small boys – had lived around the world including in Australia and the UK for almost two decades. They decided to return to Los Angeles, the original home city of the father of the family, to settle and build a home that would be their primary residence for many years to come.

For the interior design, the family was looking for a sophisticated and luxurious feel but also emphasized the need for their house to feel like a real home. They selected the father’s childhood friend Shannon Smith Wollack, founder of Studio Lifestyle, and her associate Brittany Zwickl to help them make this happen. 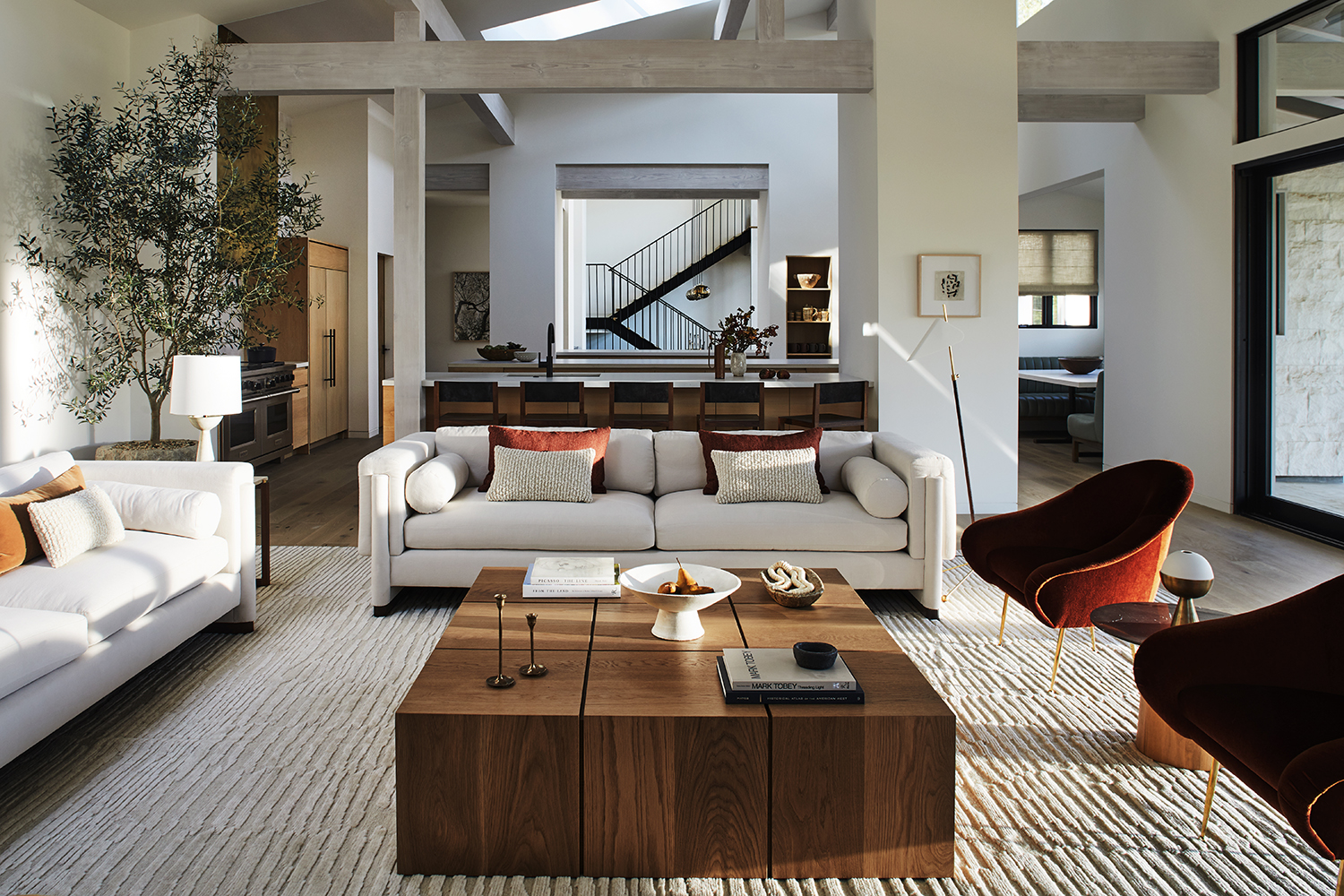 By the time the designers entered the picture, the basic layout was already in place for the new 10,000 square-foot (930 square-metre), six-bedroom house situated on a very large double lot in the Laurel Canyon neighbourhood in the Santa Monica Mountains of Los Angeles. 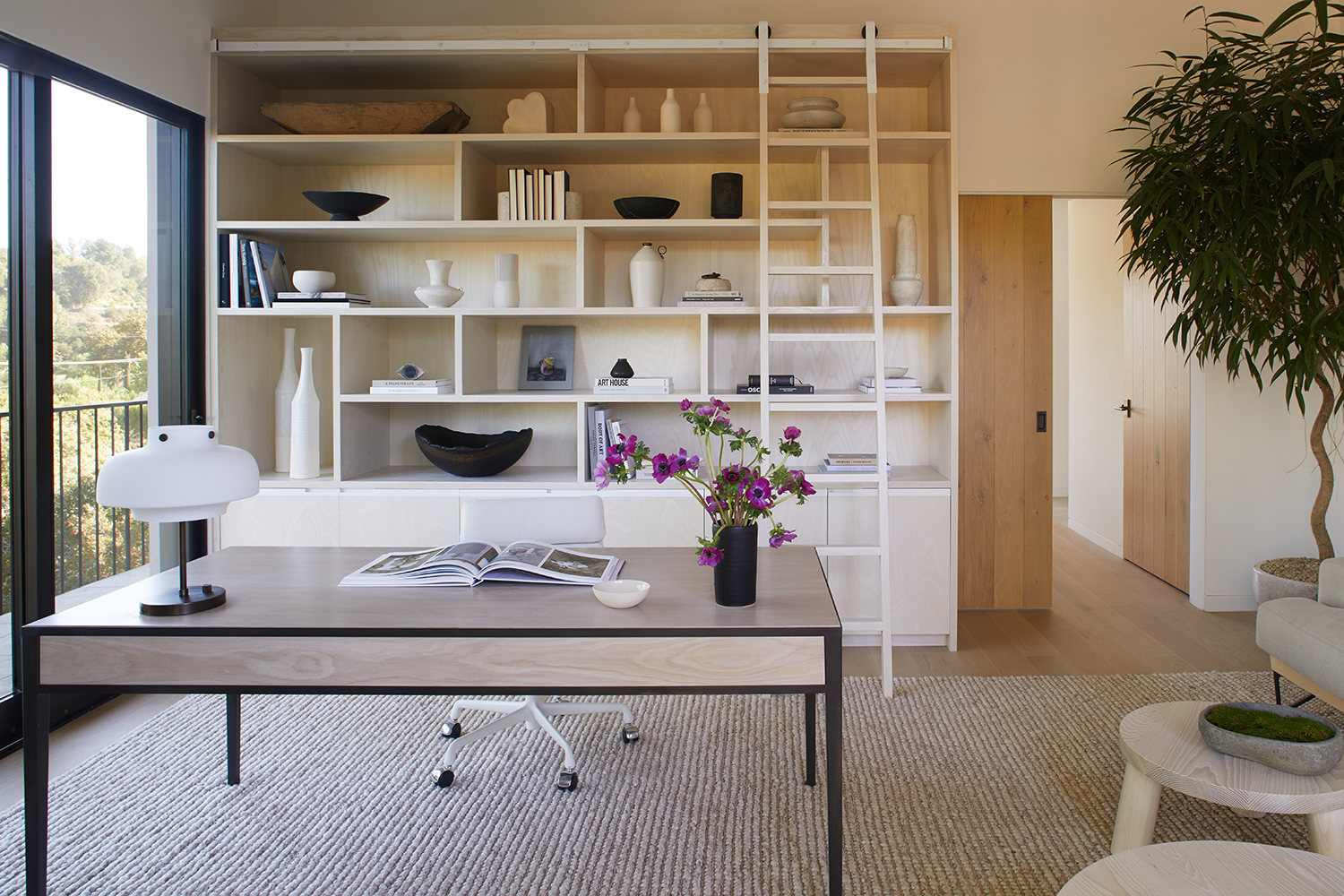 “One of the things that forced us to be creative, was the fact that the property was built in stages,” Shannon Wollack tells The Cool Hunter. “When we came in, the house frame was up and the layout more or less set, so we had to create the living environment out of that. There were some odd angles and challenges with natural light, but it was a very rewarding process. When we were done, the landscaping was nowhere near finished, so it was a long process for the client, almost three years in total.” 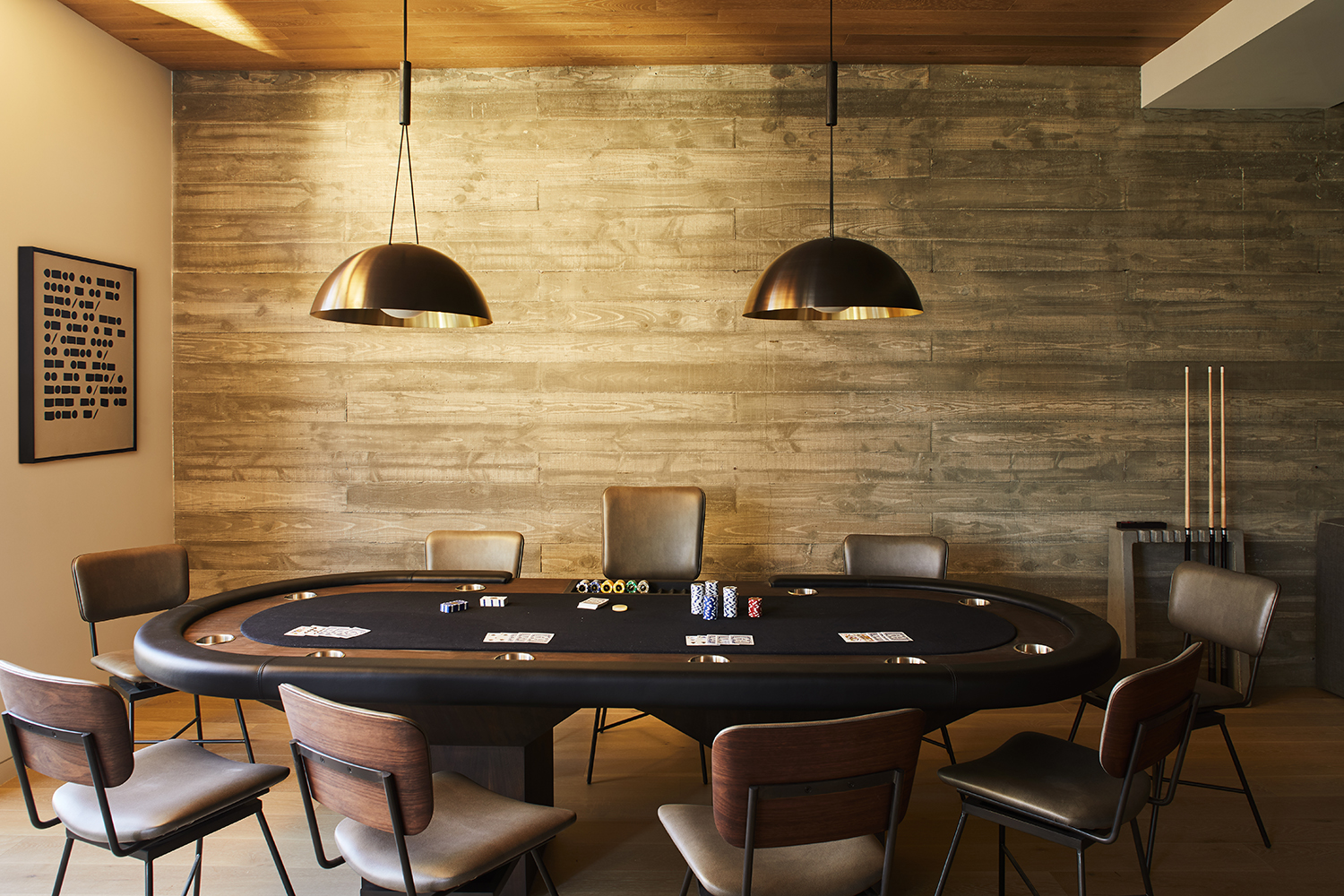 The family had accumulated a mixed selection of furniture and collectibles on their travels but decided to start afresh and gave Wollack and her team free range. “It was so much fun to work with a client that gave us so much freedom,” says Wollack. “They were involved and interested but they were willing to take risks, too, and be open-minded and trust us with unconventional solutions.” These include the many built-in pieces, and for example, the custom brass hood in the kitchen and the game room with its poker table. There are other surprises including the bright blue tiling in one of the bathrooms and the 1960s-vintage Peill + Putzler Futura pendant lights above velvety moss-green Minotti chairs in a double-height open dining space. 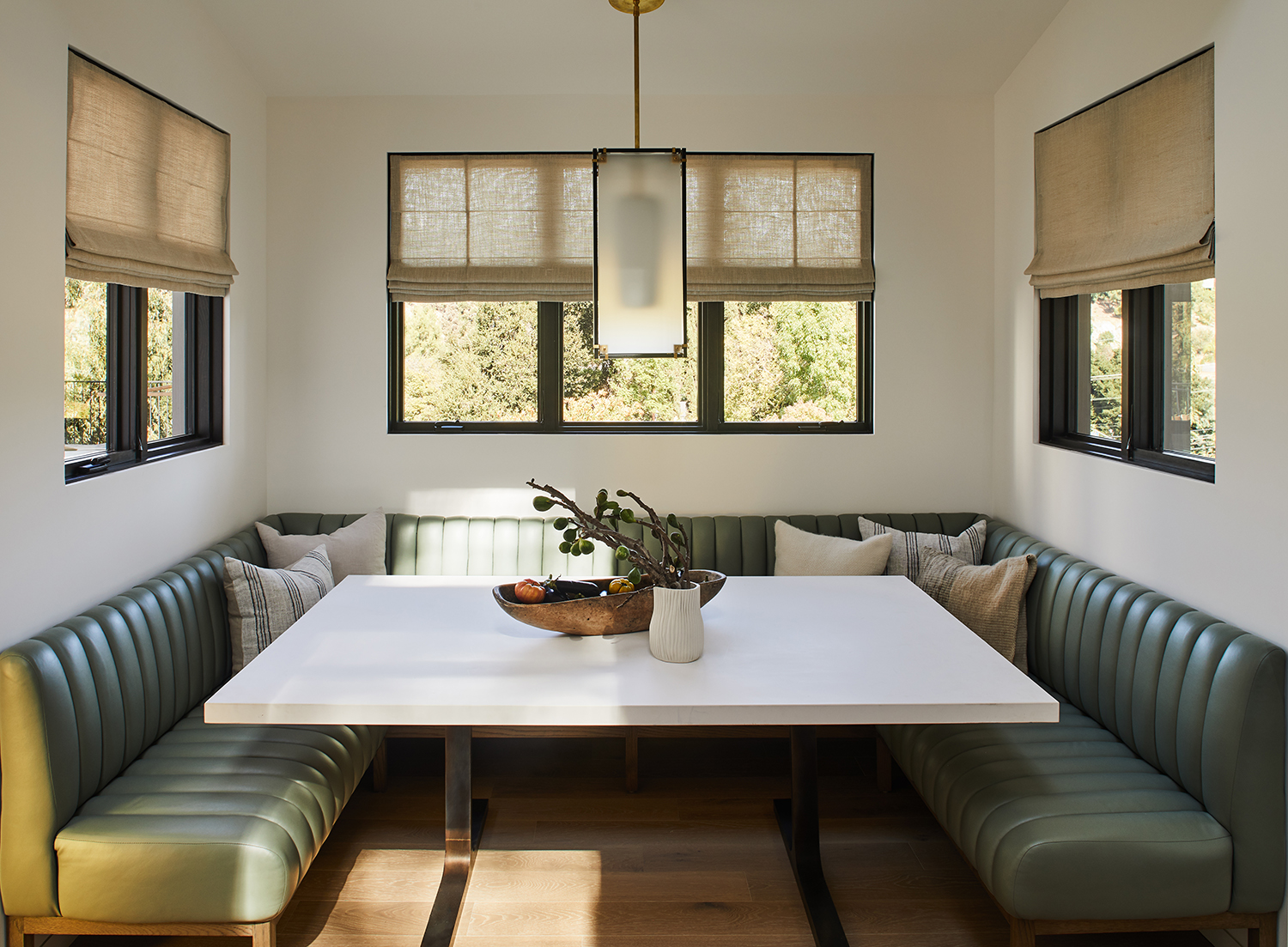 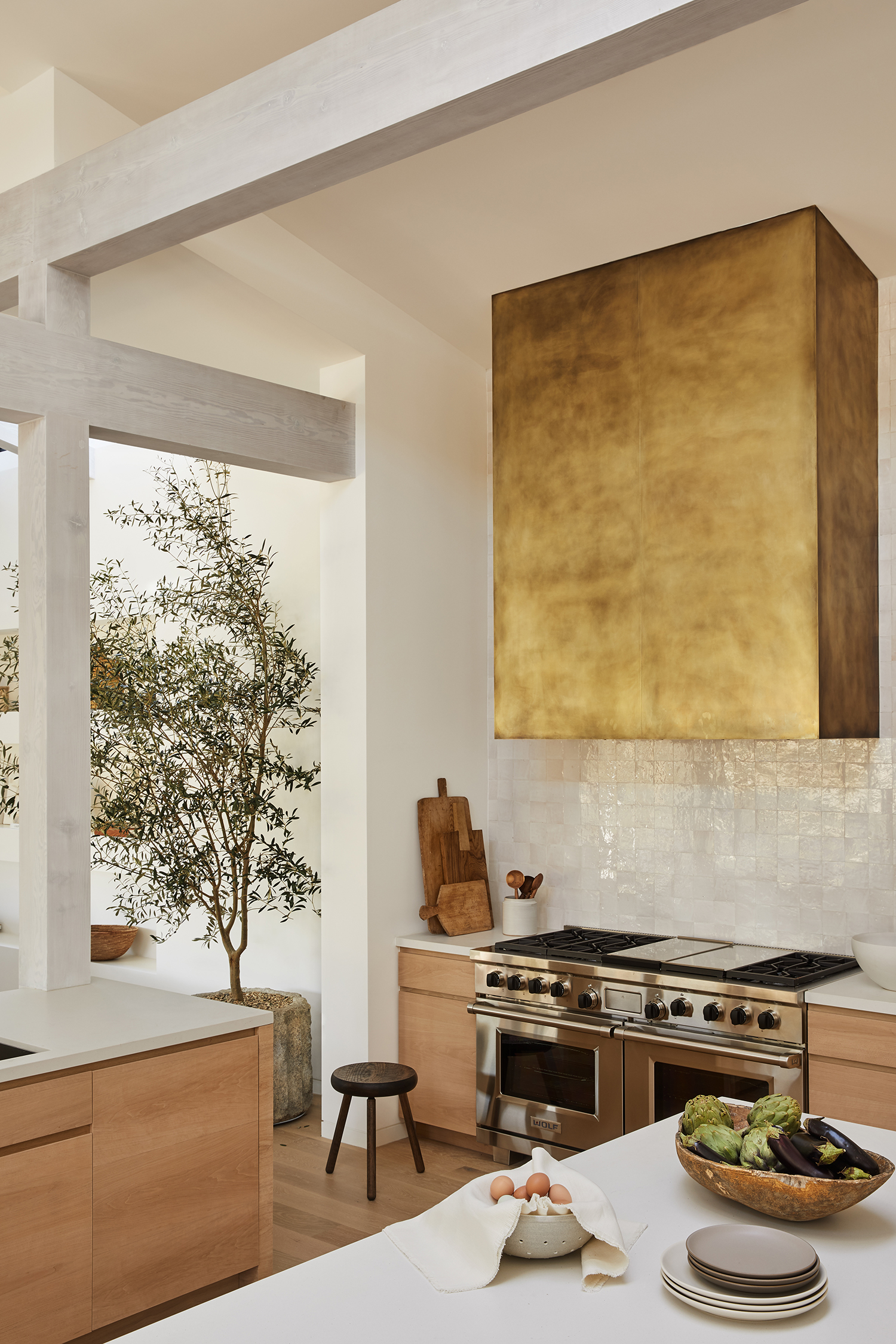 The couple and the designers negotiated the colour scheme, with the designers pushing for more colour. In the end, they avoided the cliché of an all-white environment splashed with colour touches, and ended up with an elegant and timeless combination of rich natural hues and muted patterns and textures. The home feels already lived-in, not like a brand-new show piece, but a home with personality and refined practical solutions. Shannon Wollack tells us that now, after having lived in the house for a while, the clients are “over the moon” about it.” That would have to be the definition of a successful project. Tuija Seipell 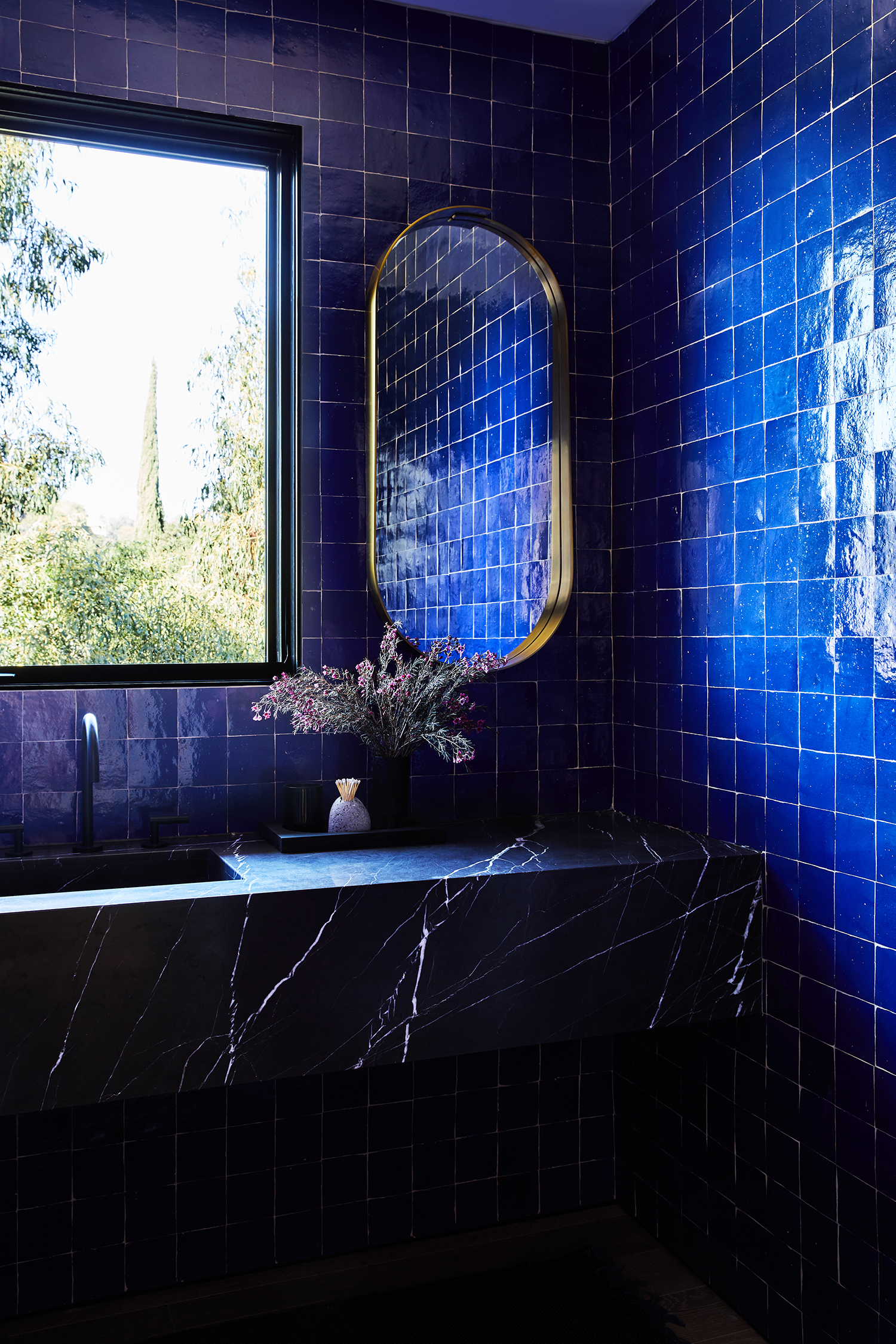