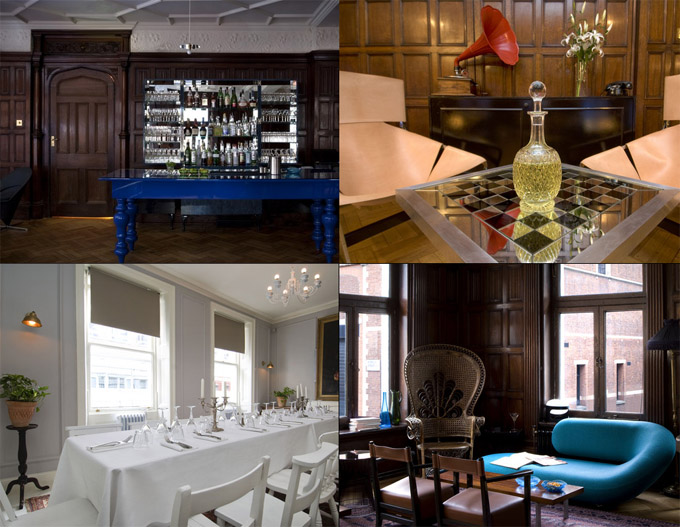 Kettner’s in London’s Soho has hosted the famous since 1867 when Auguste Kettner, chef to Napoleon III, first opened the venue. Close to the theatres and other entertainment, the venue has undergone many incarnations with regular patrons from Oscar Wilde and King Edward VII to Agatha Christie and Bing Crosby each leaving their famous vibes in the space.
The four Georgian houses that form Kettner’s have now been refurbished, upgraded and reconfigured into several spaces: The Brasserie, The Pudding Bar, Champagne Bar, The Apartment and several private dining rooms and event spaces including the famed Cabinet Particulier and the grand The Salle. 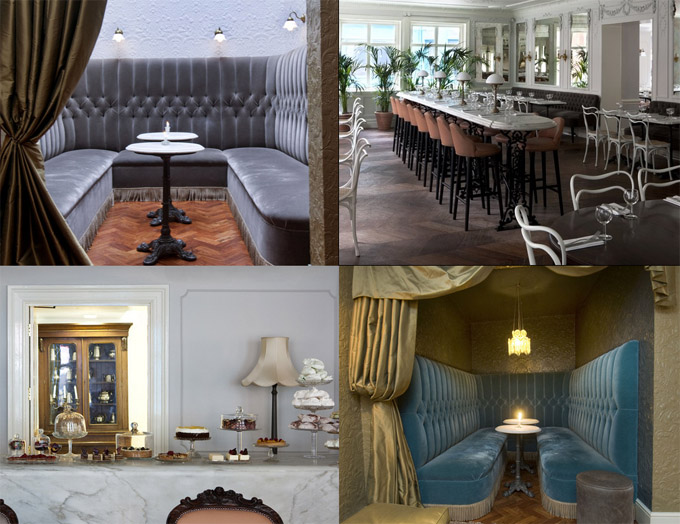 The new Kettner’s with its fun, delicious and semi-sinful French undertones and furnishings was designed by London-based Ilse Crawford of Studio Ilse. Crawford’s other hospitality and retail assignments include a restaurant for Grand Hotel Stockholm, interiors for Kranzbach Spa Hotel in the Bavarian Alps and Aesop’s Mount Street shop in London. – Tuija Seipell