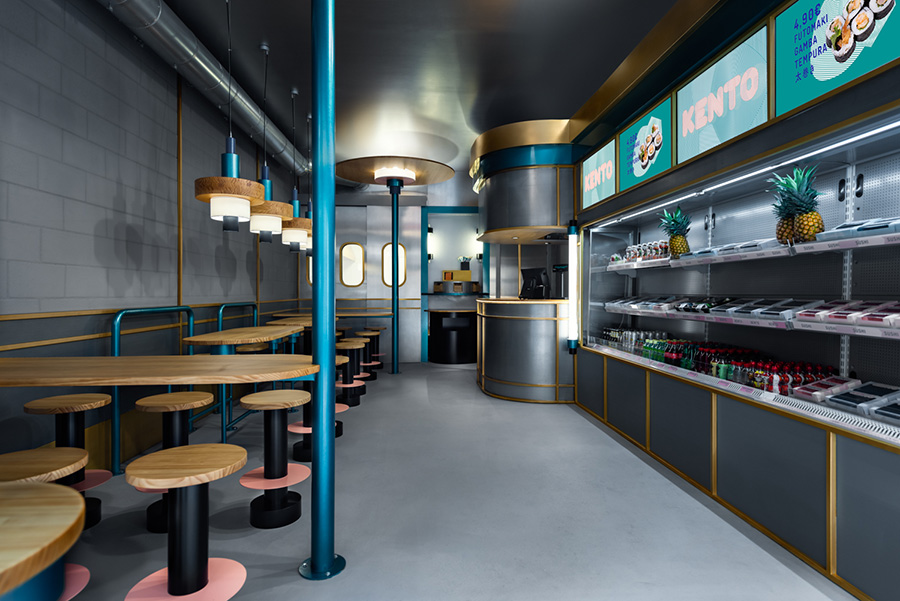 Since then, they have completed several noteworthy restaurant and hospitality projects, some of which we have covered here at TCH. 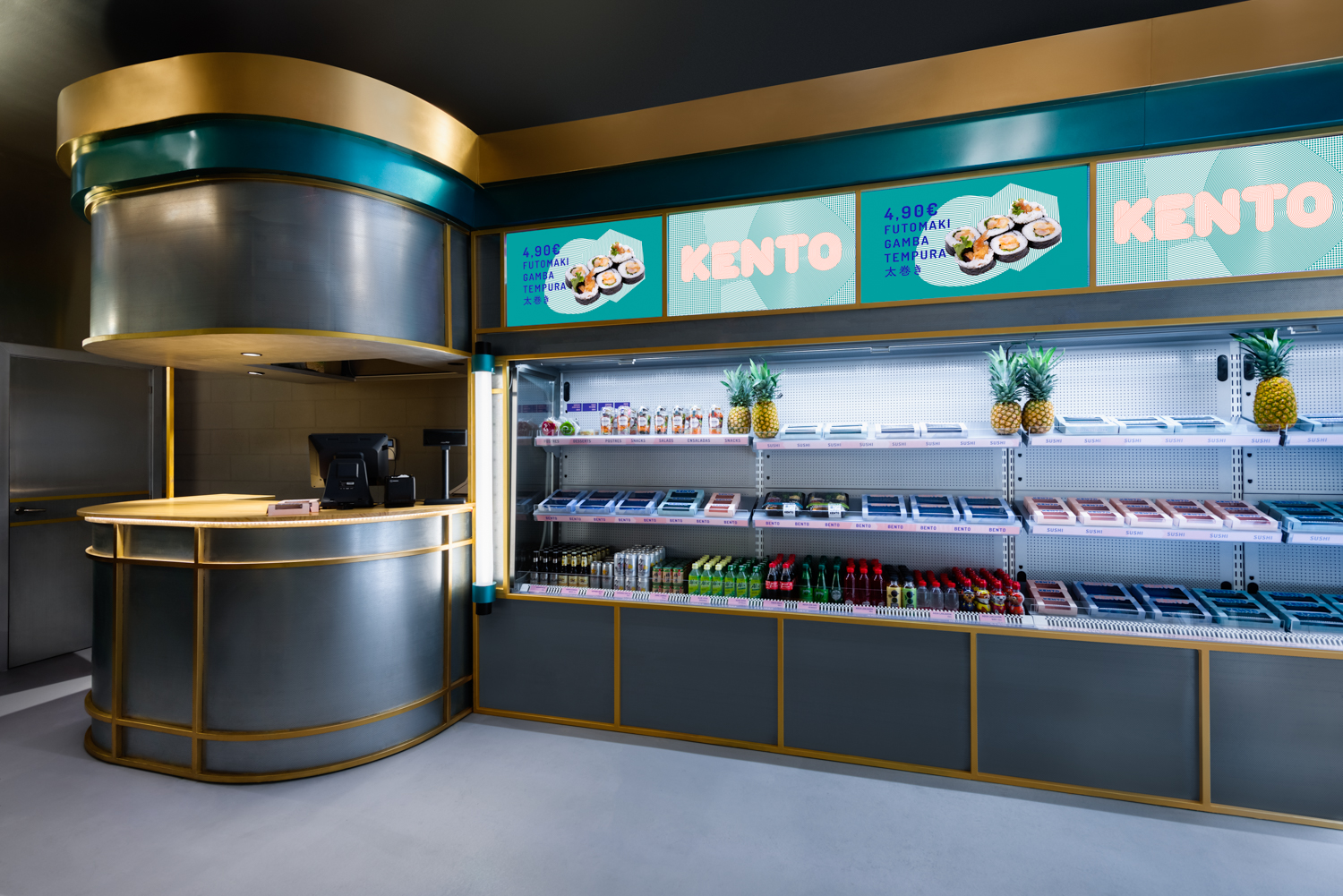 Their most recent accomplishment is Kento, a sushi bar in the old heart of Valencia, at Calle San Vincente Mártir 36.

The space appears larger than its 80 square meters (860 sq.ft) suggest because of the clean and cohesive design.

Kento’s overall look is efficient, fast-foody and street-smart, yet the ambiance is also funky and cosy. There are shapes and forms that hint toward a ship or an industrial space yet nothing is directly identifiable as such. 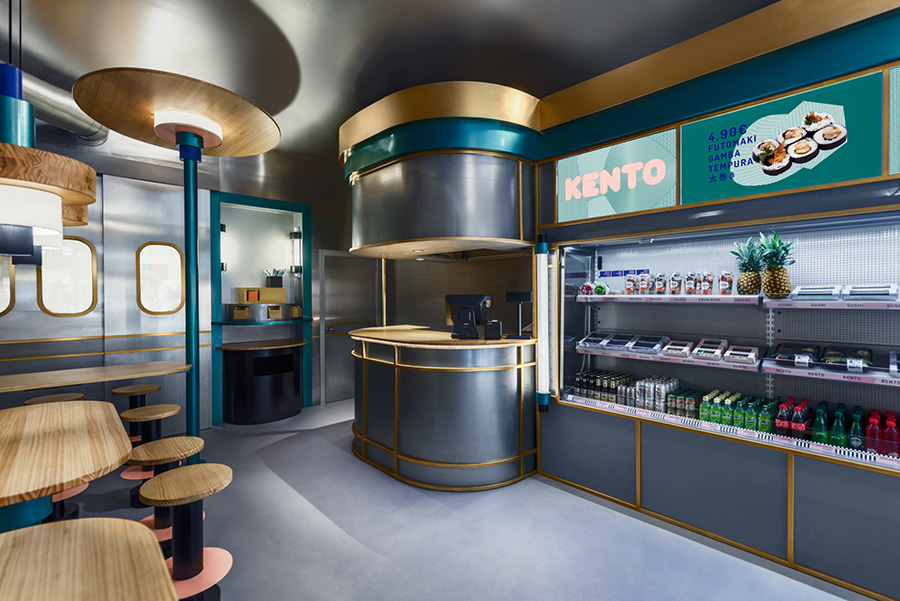 He saw the need, in a highly competitive market, for a cool Oriental-food shop with high-quality food and reasonable prices. 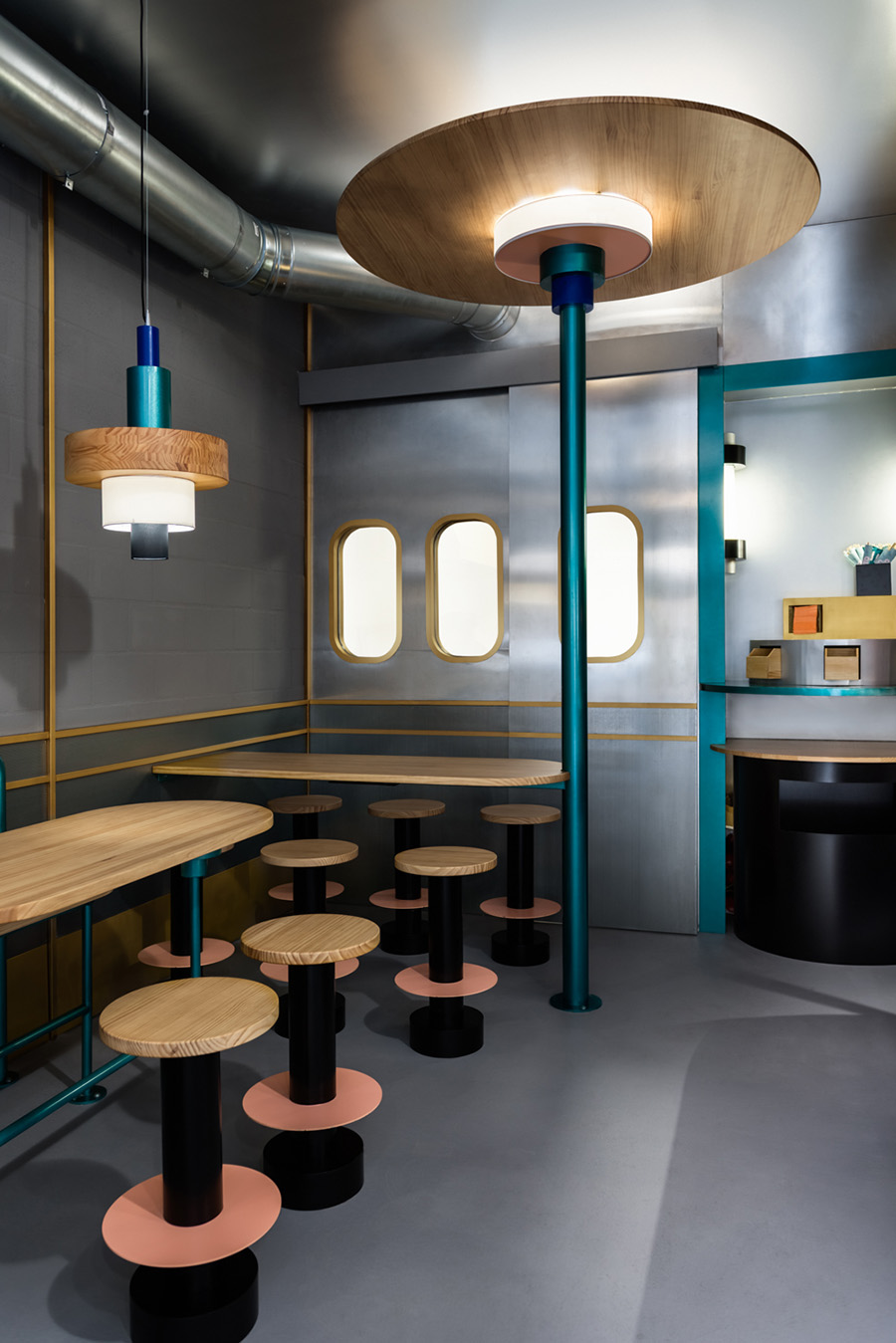 He also consulted with chef and youtuber Taka Sasaki whose Spanish-language channel of Japanese cooking, CocinaJaponesa, has a wide following. She advocates the culture of Japanese food in easy-to-follow vignettes and inspiring talks.

For the interior, Masquespacio used neutral, rounded shapes and a sparse material palette so that the concept could be modified for other types of stores. 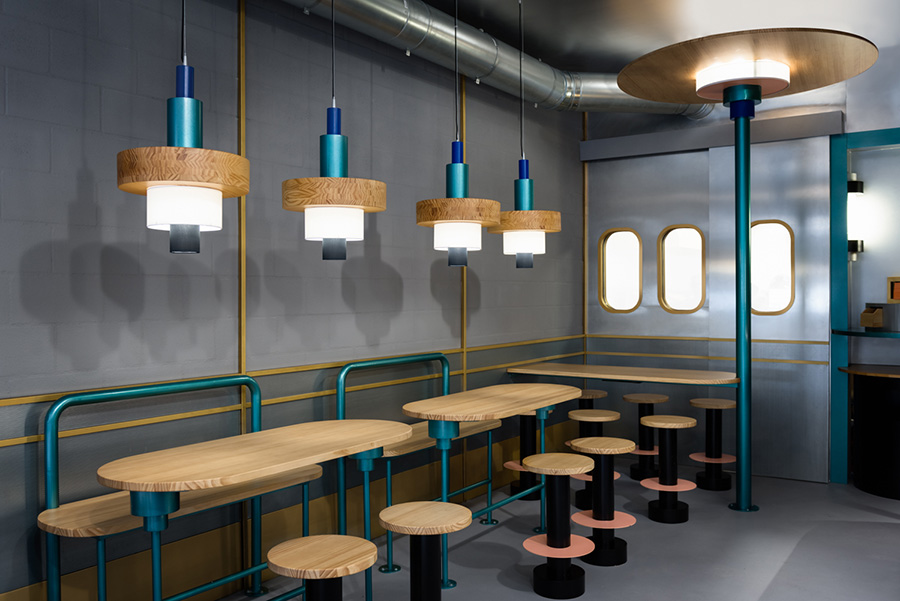 Ana Hernández comments that: “Keeping in mind that the kitchen of Kento could evolve in the future, although the first restaurant focuses mainly on sushi, we wanted to create an overall design that offers the possibility to add other types of Oriental food without being related totally to Japan. For this reason you’ll find a mix of Japanese elements and an overall Oriental aesthetic throughout the interior.” 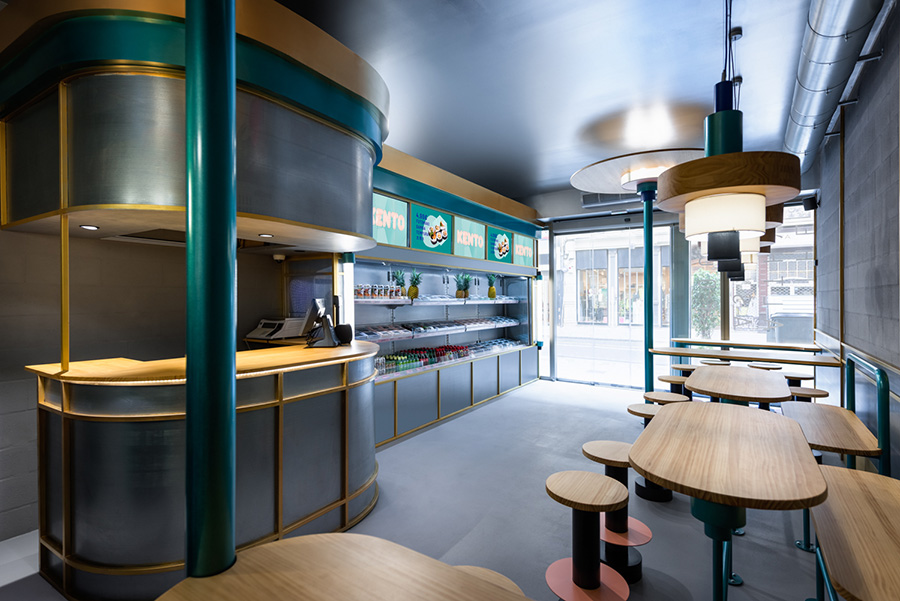