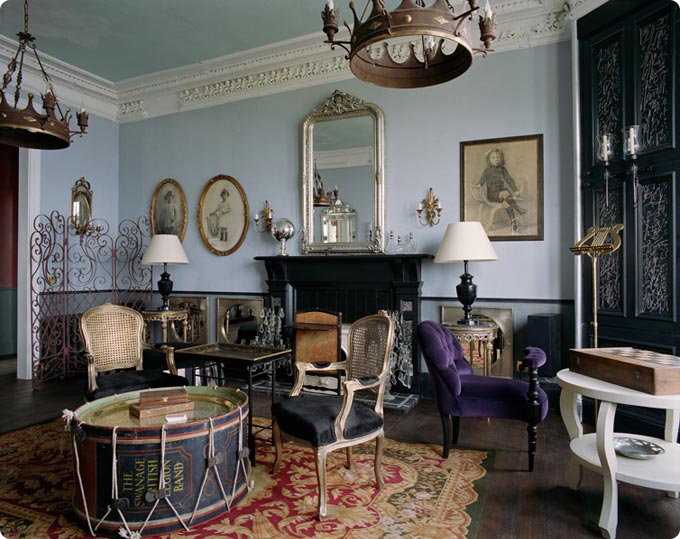 You have to really want to get to the Isle of Jura in the Inner Hebrides on the west coast of Scotland. Even the ever-optimistic PR people admit that ‘there is no quick way to get there.’ The fastest way from London takes up a day and involves two planes and a ferry. George Orwell, who wrote 1984 here,described Jura fittingly as ‘an extremely un-getable place.’
Those who show up have always had a reason. Mostly it has been the lack of people (180 in total), the abundance of deer (3,000 or 5,000 depending on whose numbers you believe) or the quality of whisky. Jura’s single malts have been famous from 1810 on and whisky aficionados know all about its 10-year-old, 16-year-old and 21-year-old single malts, and JURA Superstition. 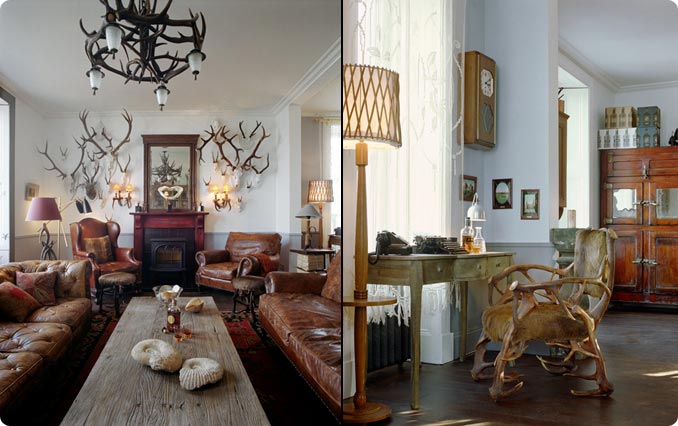 While all are perfectly good reasons, we are drawn to Jura by the Jura Lodge, opened in late 2006 in the old head distiller’s house next to the award-winning whisky distillery. Step into this magical lodge of five bedrooms and you are not quite sure if you should dress up as Marie Antoinette for the bath, as your Swedish uncle Sven-Olof for the sitting area, or for an upper-crust summering Hamptonian for the sleeping area. Whomever you decide to reside as, you will love the eclectic interiors of the Paris-based American multi-tasker Bambi Sloan. 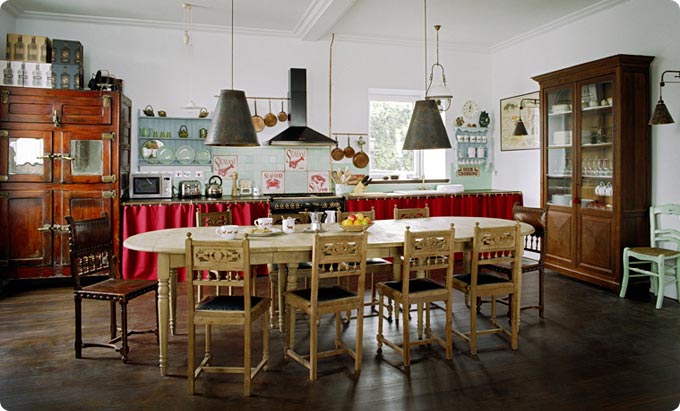 She has managed to capture both the corniness and magnificence of the entire Isle with its Viking heritage, ever-present sea, the silence and the deer. The overall feel is a strangely harmonious and comfortable mix of Nordic folklore and somewhat threadbare luxury. The rooms are large, like enormous, leisurely bathrooms with a bed and a sitting area. The details are exquisite, appropriate and often humorous. Achair made entirely of deer antlers. A typewriter (do you know what that is?) that uses real physical strength, not electrical power. White, lacy, crochet-edged drapery. The public areas include a music room for playing cards and taking a nap and a huge kitchen to share meals, cook together and swap stories. 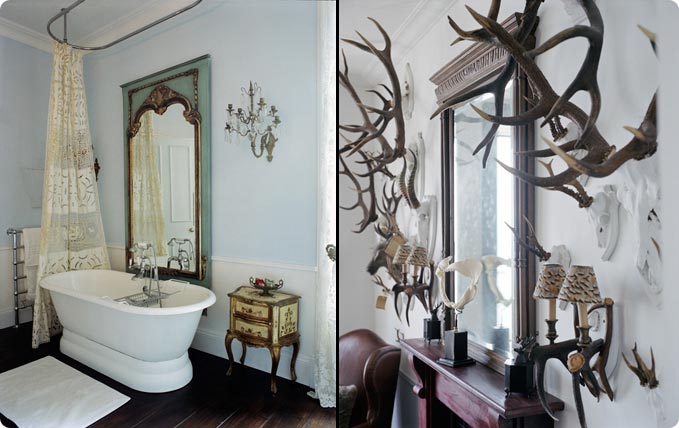 Sloan says that she is horrified of ‘anonymous luxury hotels’ and instead defines luxury as a return to the simple pleasures in life, bathing while viewing the sea, eating locally caught seafood, hiking the moors. We must agree.
The lodge is for rent only as a whole from £1500 a week and £1000 for a long weekend (Fri — Mon). These fees mean that you either cook yourself or bring your own chef, but for a fee Jura can arrange for a chef, too. By Tuija Seipel