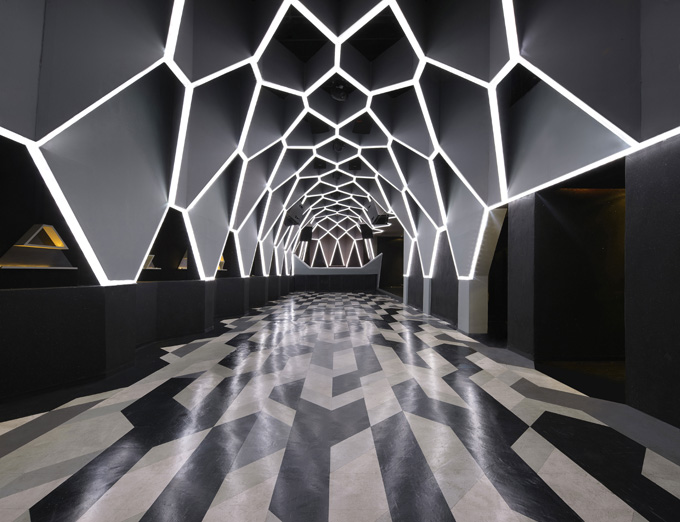 Brazilian architect Fred Mafra, no novice to night club design, was given the unusual opportunity to redesign his earlier work, the night club Josefine/Roxy. 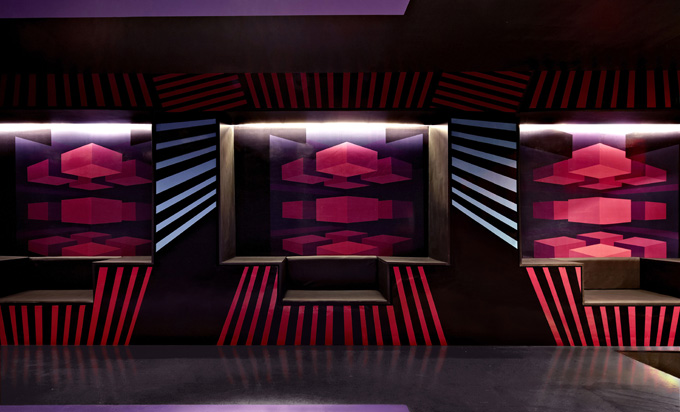 Since 2007, the club has been a strong player in Savassi, the night life area of Belo Horizonte, the capital of and largest city in the state of Minas Gerais in southeastern Brazil. 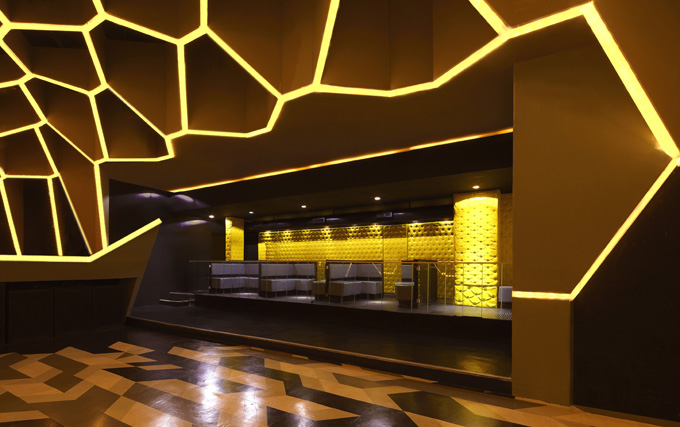 The 955m² space has two dance floors, three bars, plus four VIP areas that can be combined into one larger VIP space. In addition, it has two lounges and smoking areas with a retractable roof.
With his new design, Mafra went to town with the hexagon and triangle forms.. By using them in the honeycombed ceilings and black-and-white floors, by including padded-vinyl seating and walls, and by lighting the space with creative LED, he’s created an angularly sinful madhouse effect that is destined to help guests forget the outside world. 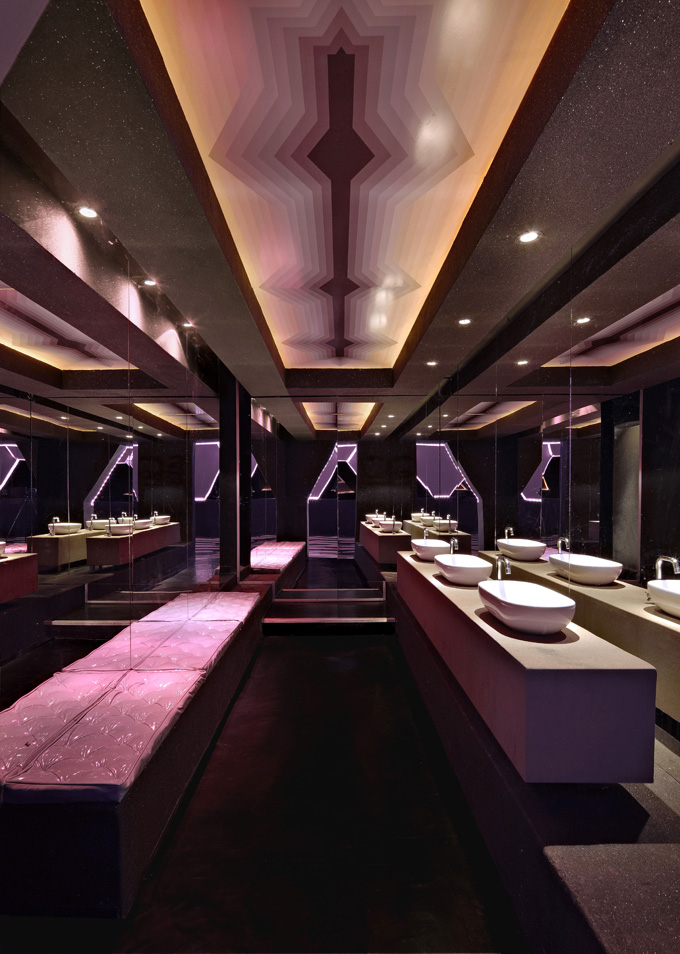 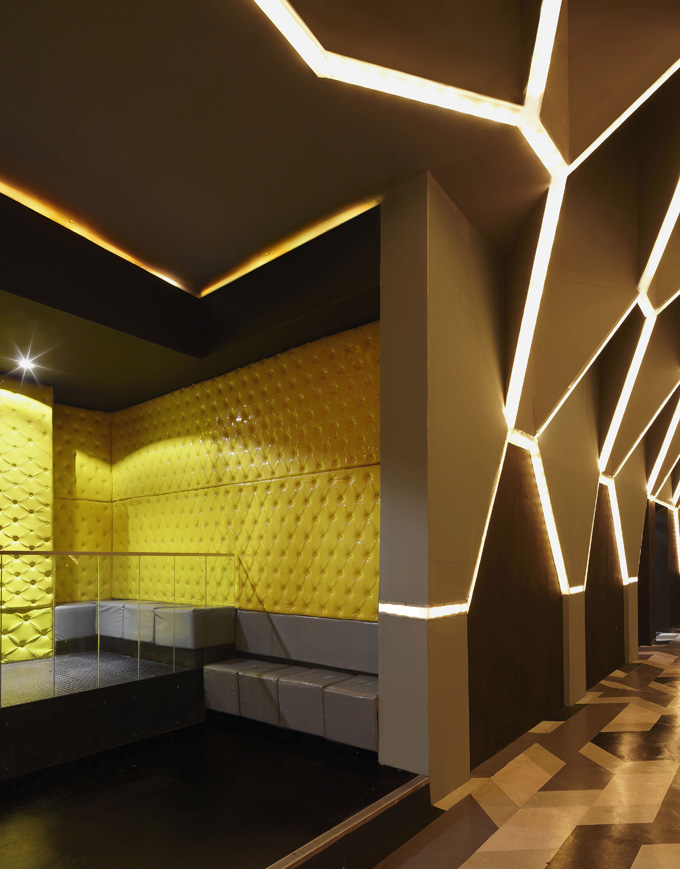 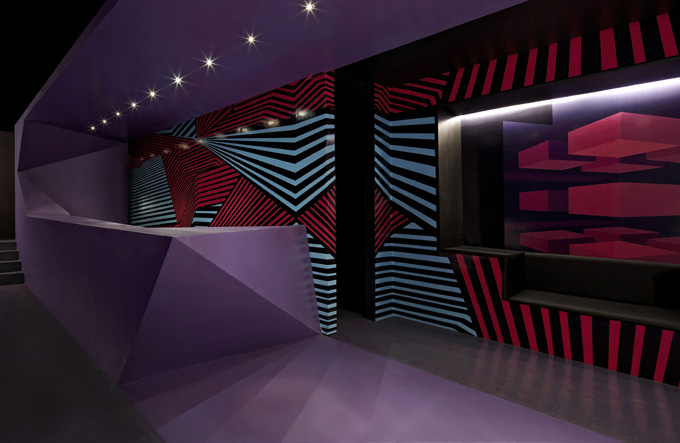