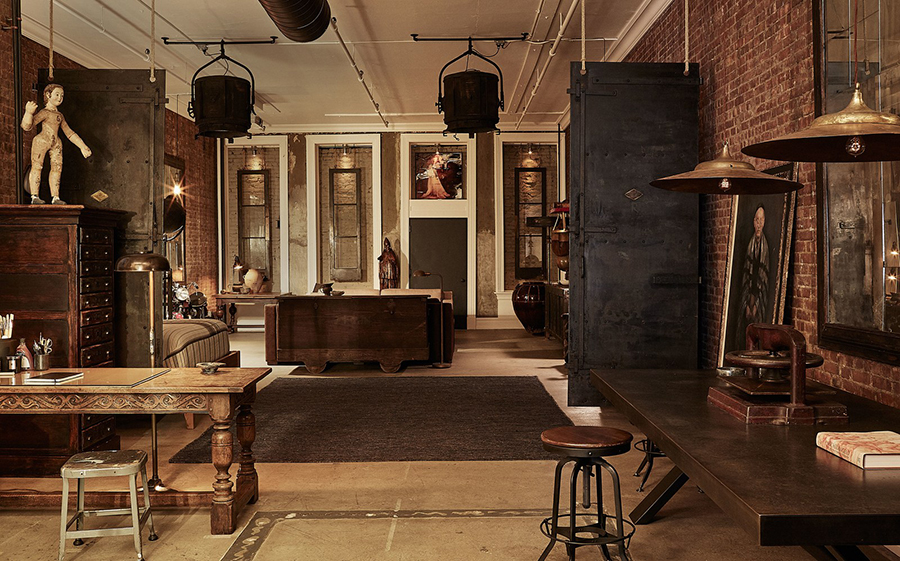 As singer, songwriter, Rock and Roll Hall of Famer and Grammy winner John Mellencamp is well known for his music. He has recorded 24 albums, including American Fool released in 1982 under his stage name, John Cougar. 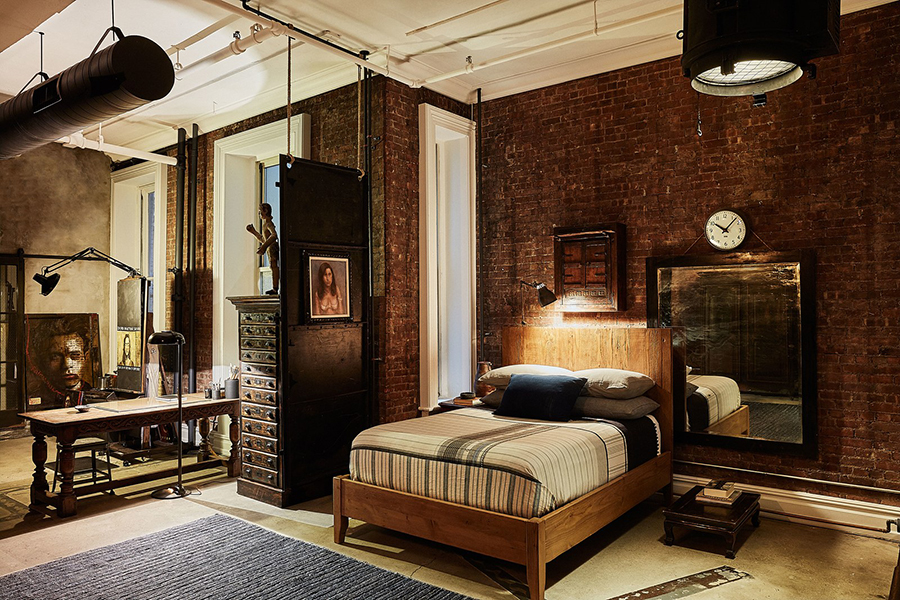 He is also a prolific painter johnmellencampart.com who has exhibited across the U.S. His dramatic, moody and dark style of portraits and mixed-media works is a commentary on American life in what he calls an anti-establishment frown.

Some also know him for his engagement in 2018 to actress Meg Ryan. But few know that he still lives in Seymour, Indiana, where he was born, although he has several homes elsewhere as well. 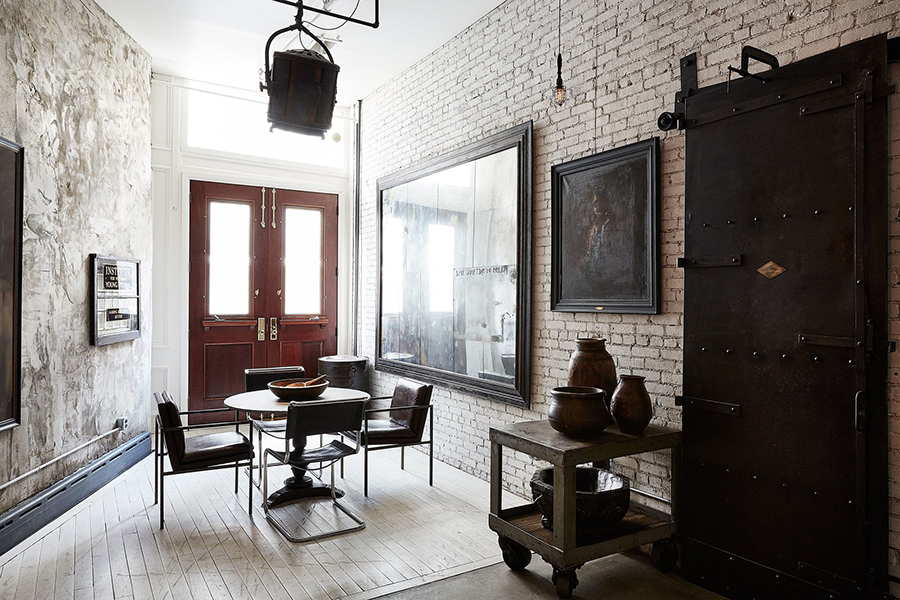 And even fewer know that Mellencamp is a hoarder. He has six warehouses in Bloomington, Indiana, full of furniture, antiques and various other collections. Apparently he never throws anything away.

Now, with his frend and go-to designer, Trevor Goff, Mellencamp has completed the design of his studio, located in Soho, New York, close to Meg Ryan’s Tribeca home. 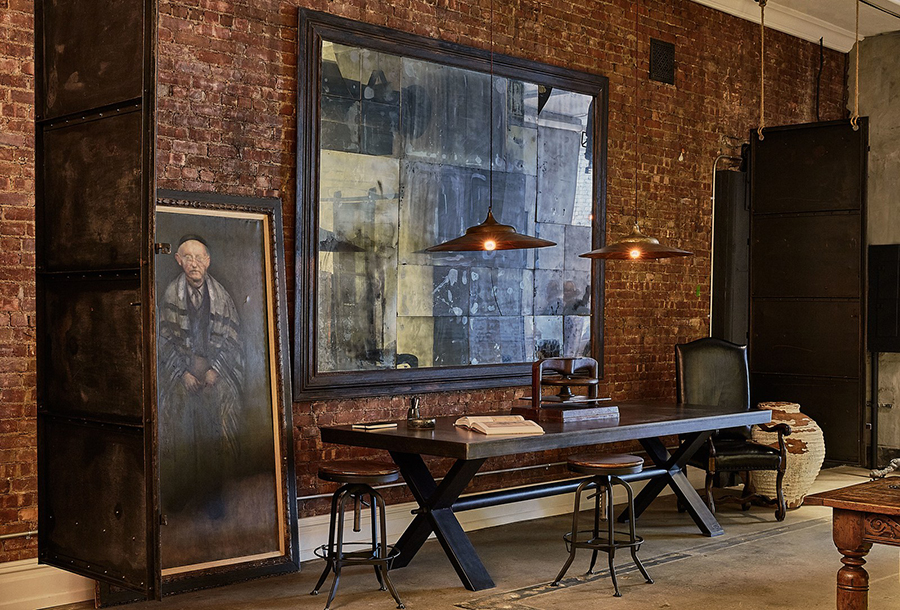 Goff, who has designed most of the musician’s homes, has been friends with Mellencamp since 1977 and often travels with him.

The masculine, eclectic and dark-toned industrial loft-syle space is proof that the two speak the same visual language fluently. 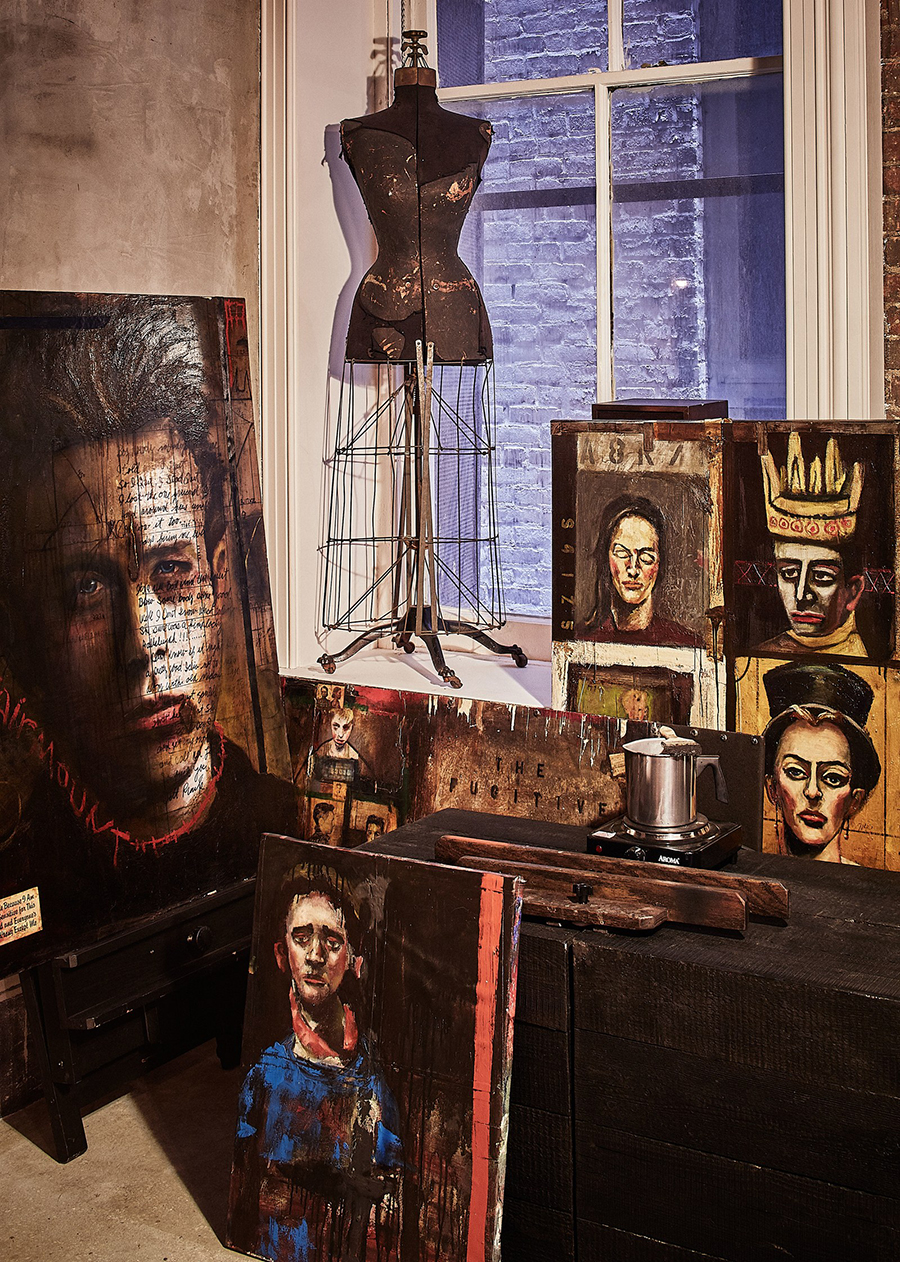 The studio is a reflection of Mellencamp’s artistic style and it is also a perfect space to display his own art and many pieces from his vast collections of stuff including motorcycles, dolls and furnishings. 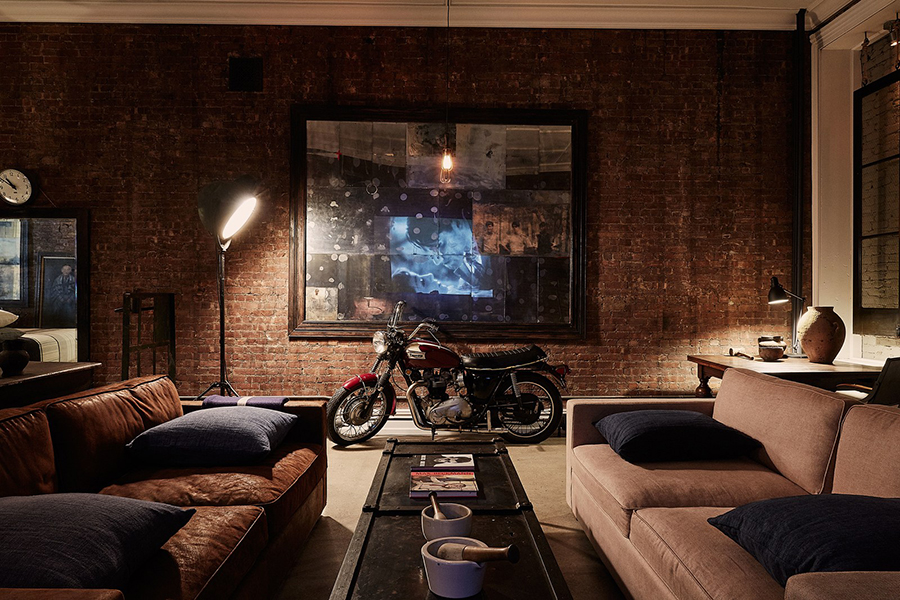 Mirrors, dark distressed wood, cast iron, old doors and door frames are scattered in the studio which does, indeed, also function as Mellencamp’s painting studio. The rooms seem perfect for him. The studio not only looks like his art, it looks like a space where he and his art belong. Tuija Seipell. 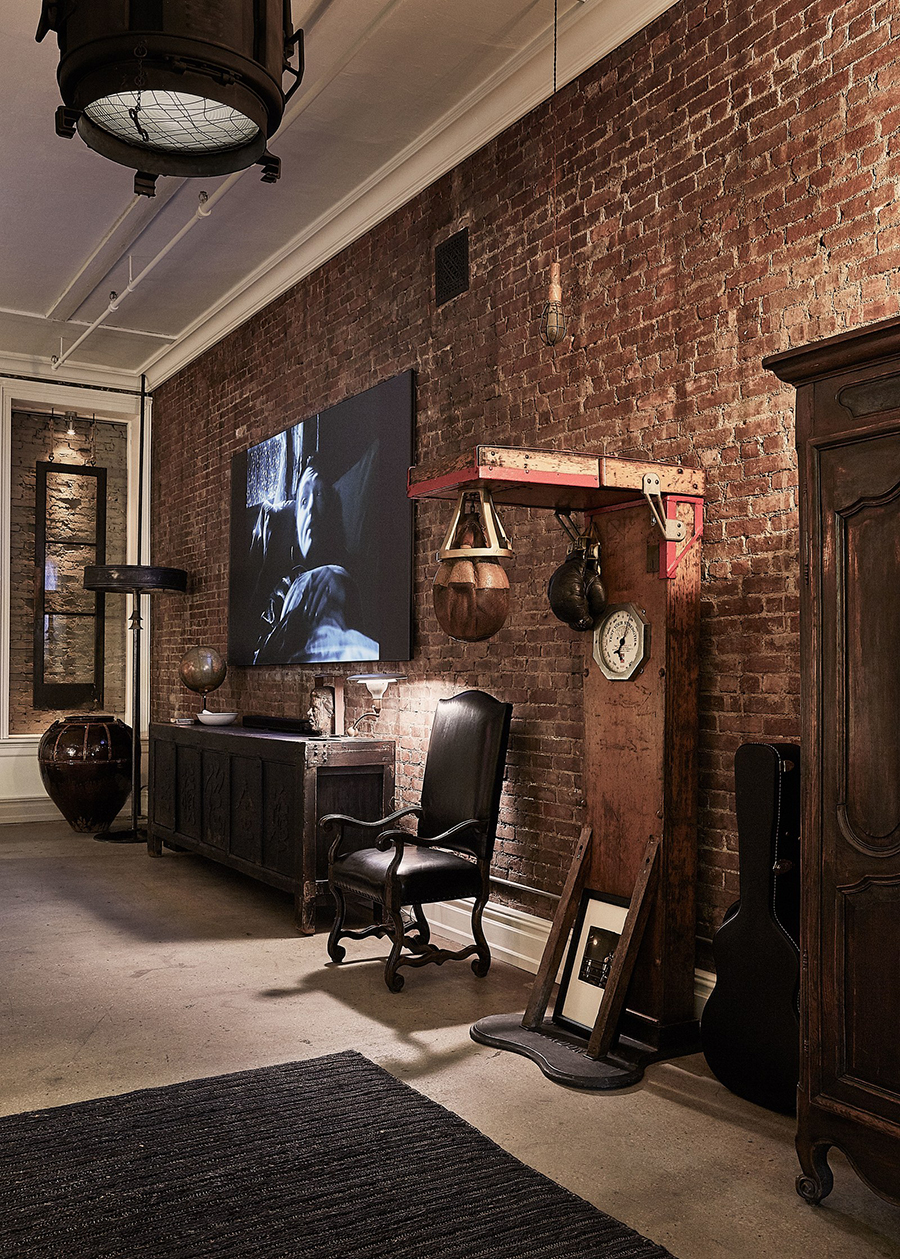