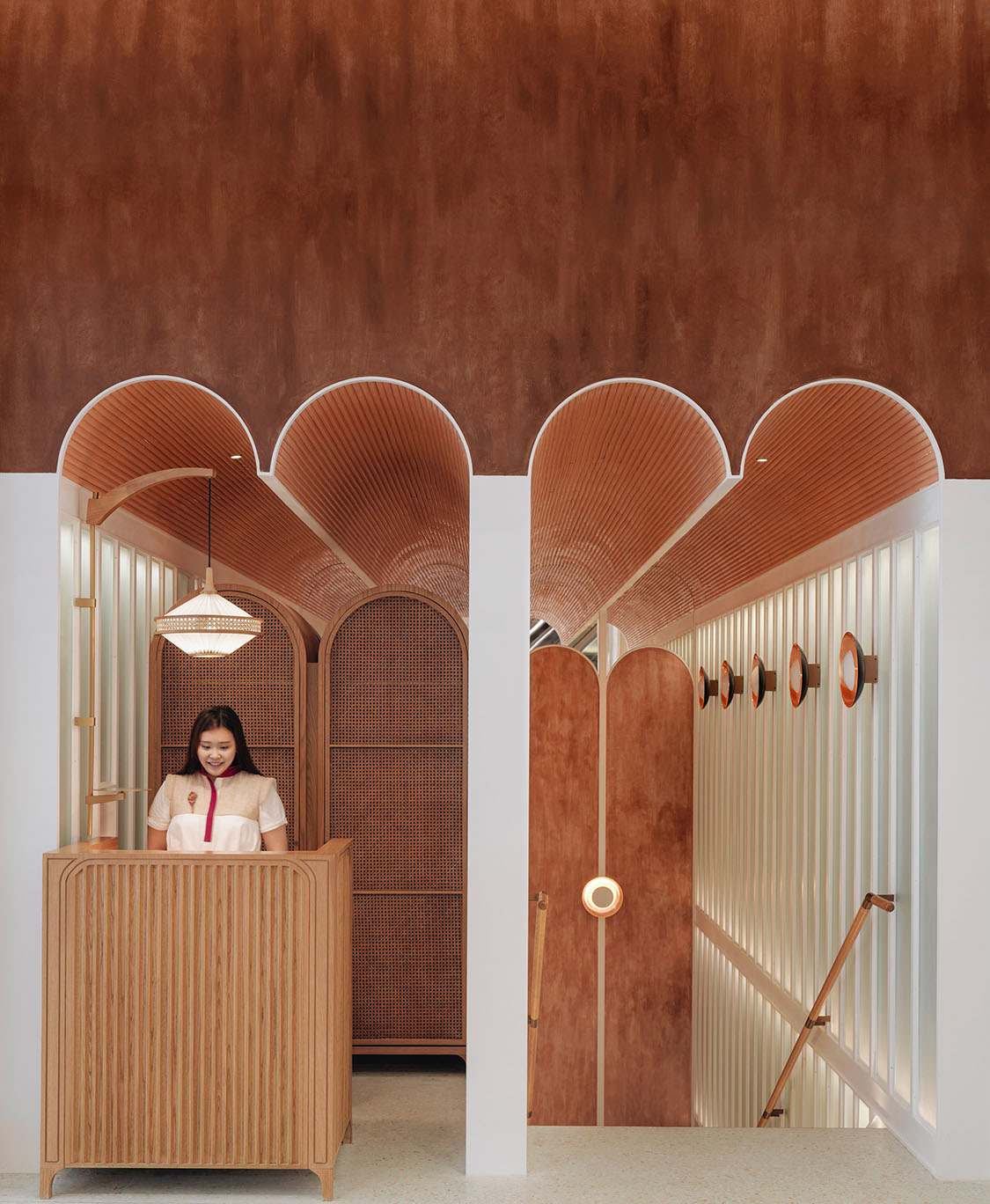 Cavernous dim sum houses exists in every corner of the world, but in most cases, it is not the design of the premises that attracts the diners. 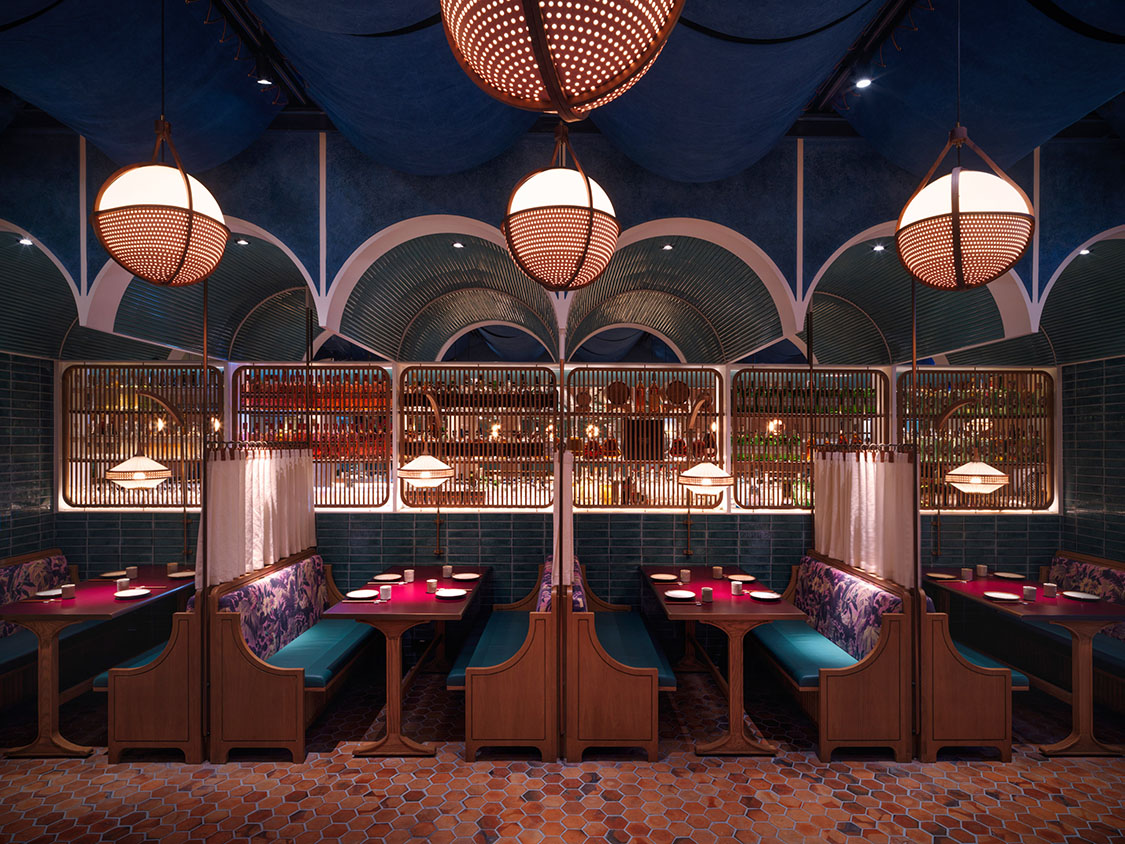 And of course, even in the case of the recently opened John Antony dim sum in Hong Kong, while the décor is interesting, the food is still what will keep the concept going. Or not. 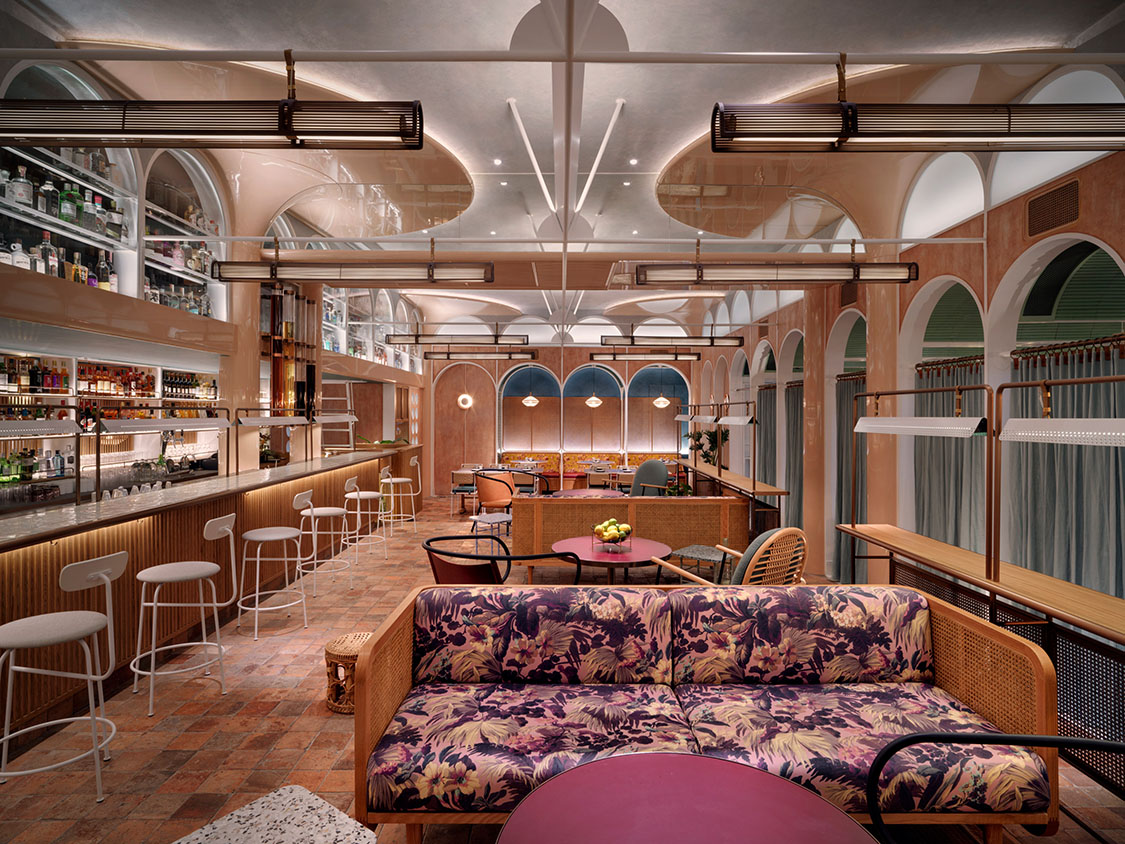 Located in the basement level of the massive Lee Garden Three in Causeway Bay, the 700 square-metre (7,535 sq.ft) restaurant is an impressive undertaking by Linehouse Design. 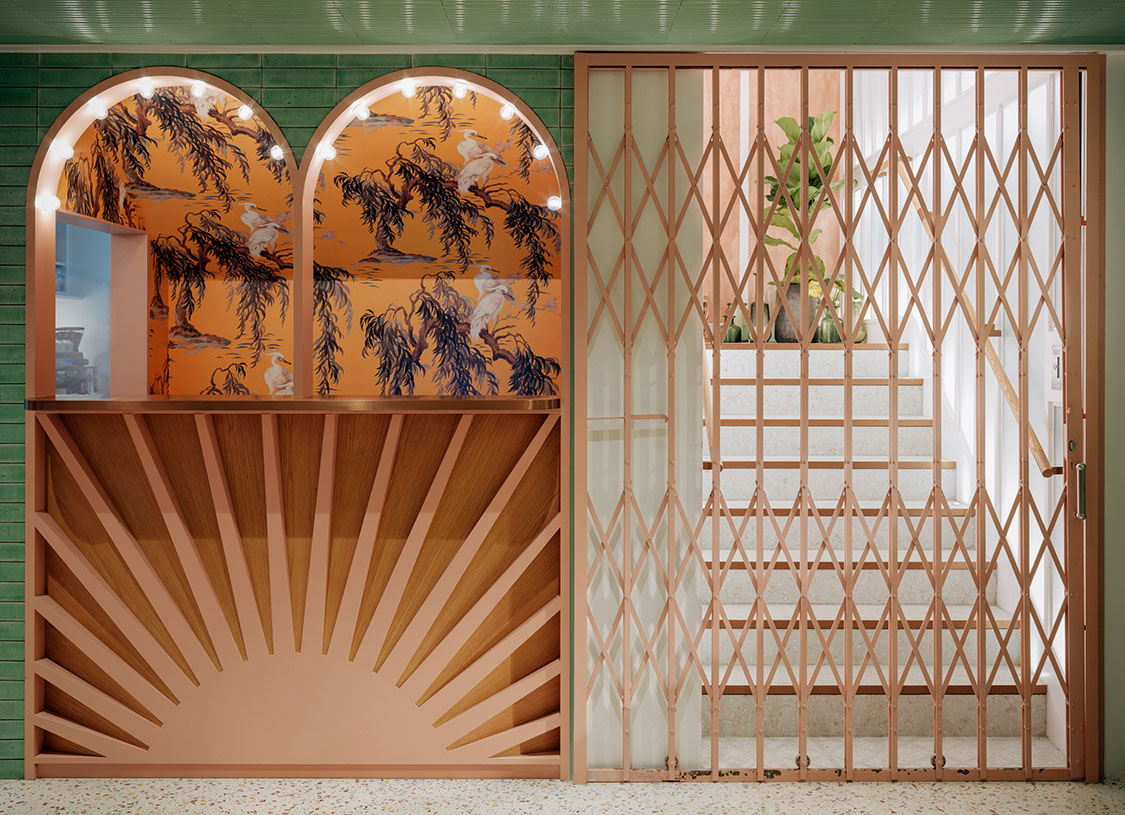 Linehouse is an architecture and interior design practice established in 2013 by two young but already experienced women: the Chinese-Swedish Alex Mok and the New Zealand-born Briar Hickling.

Their client, Maximal Concepts of Hong Kong, operates more than 10 restaurant brands and is aggressively expanding. 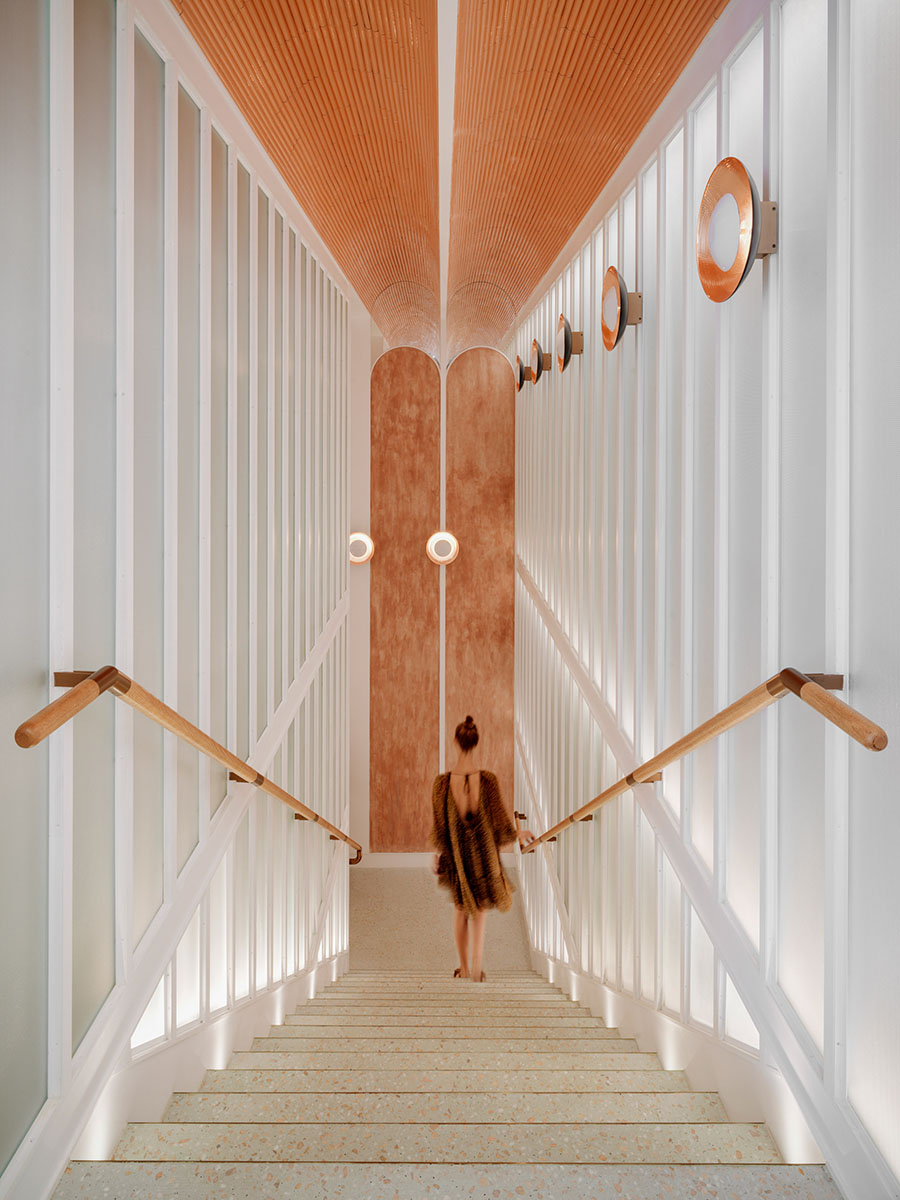 The concept of the dim sum restaurant is based on the story of John Anthony, the first Chinese man to be naturalized as a British citizen in 1805, 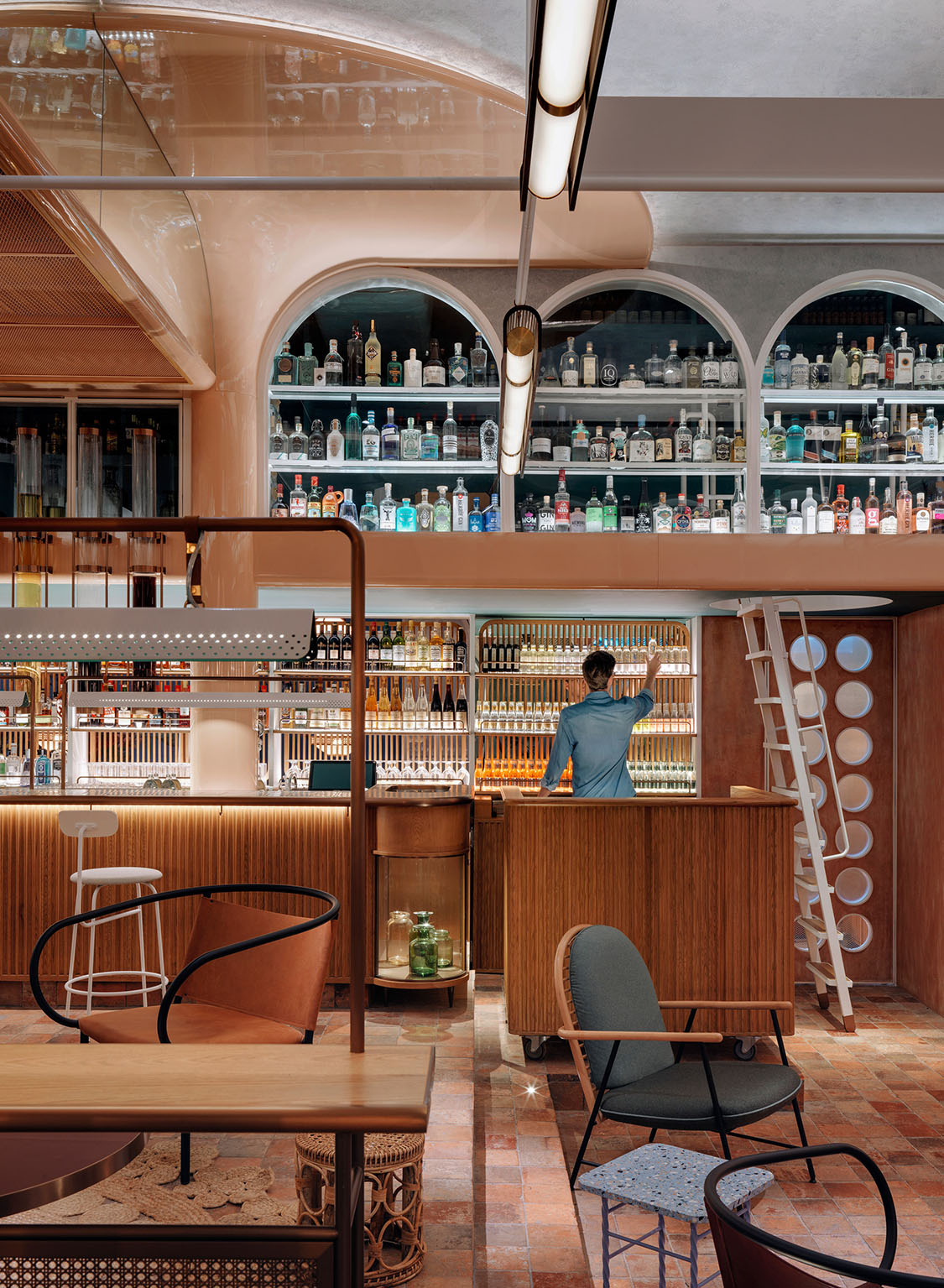 The concept draws from John Anthony’s story during the time when he was based in London, providing accommodation and food for Chinese sailors. 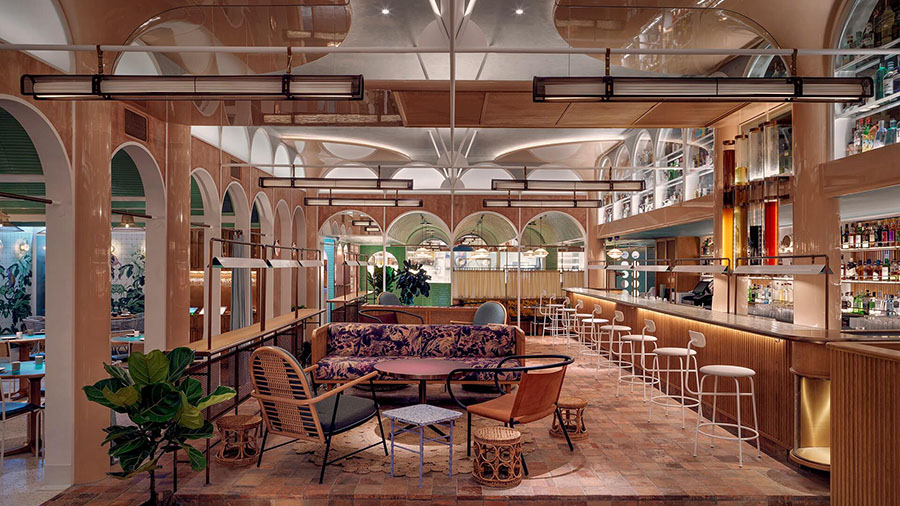 Fusing architectural styles of the east with the west, colonial architecture with eastern attention to detail, Linehouse describes the concept as a fusion between a British tea house and a Chinese canteen. 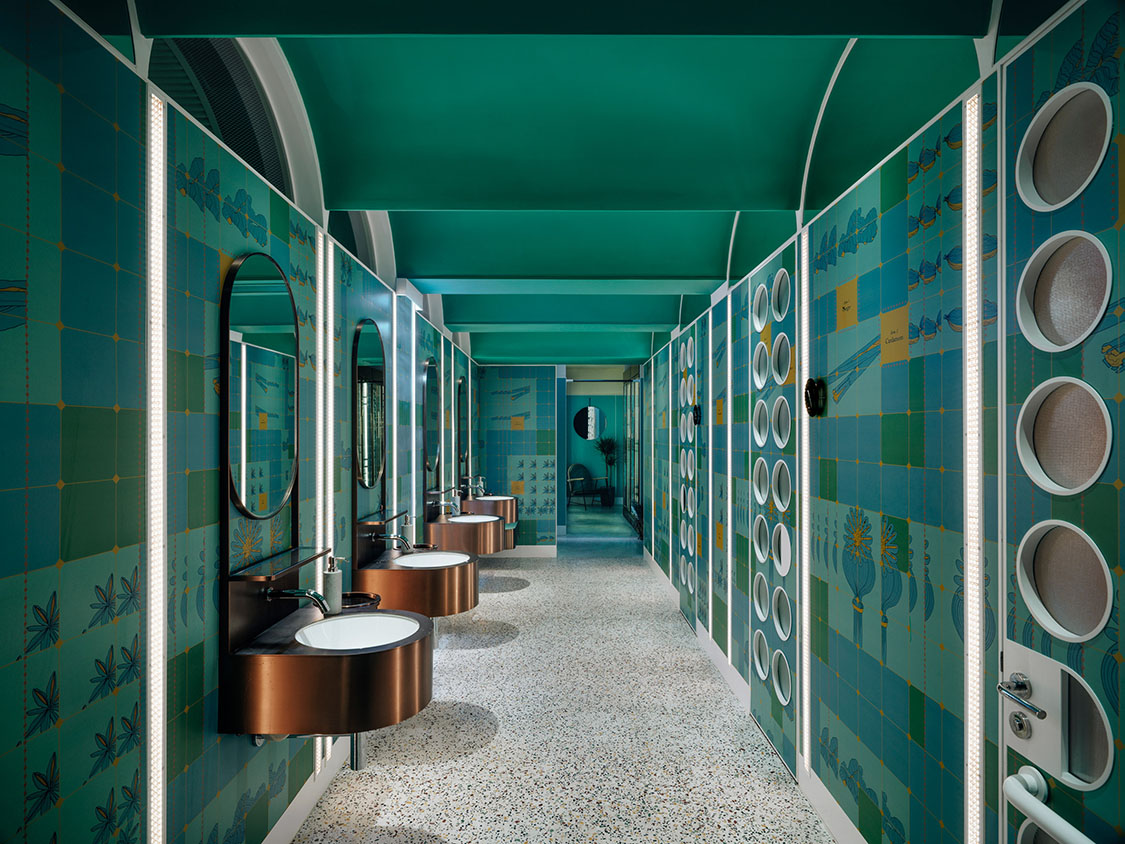 We were drawn to the arches – surprising ourselves that we still are not tired of them – and to the gentle colouring. The texture and disparate details is interesting but not distracting. There’s a surprising elegance, something one would not accept from a restaurant concept channeling sailors and their inn-keepers. 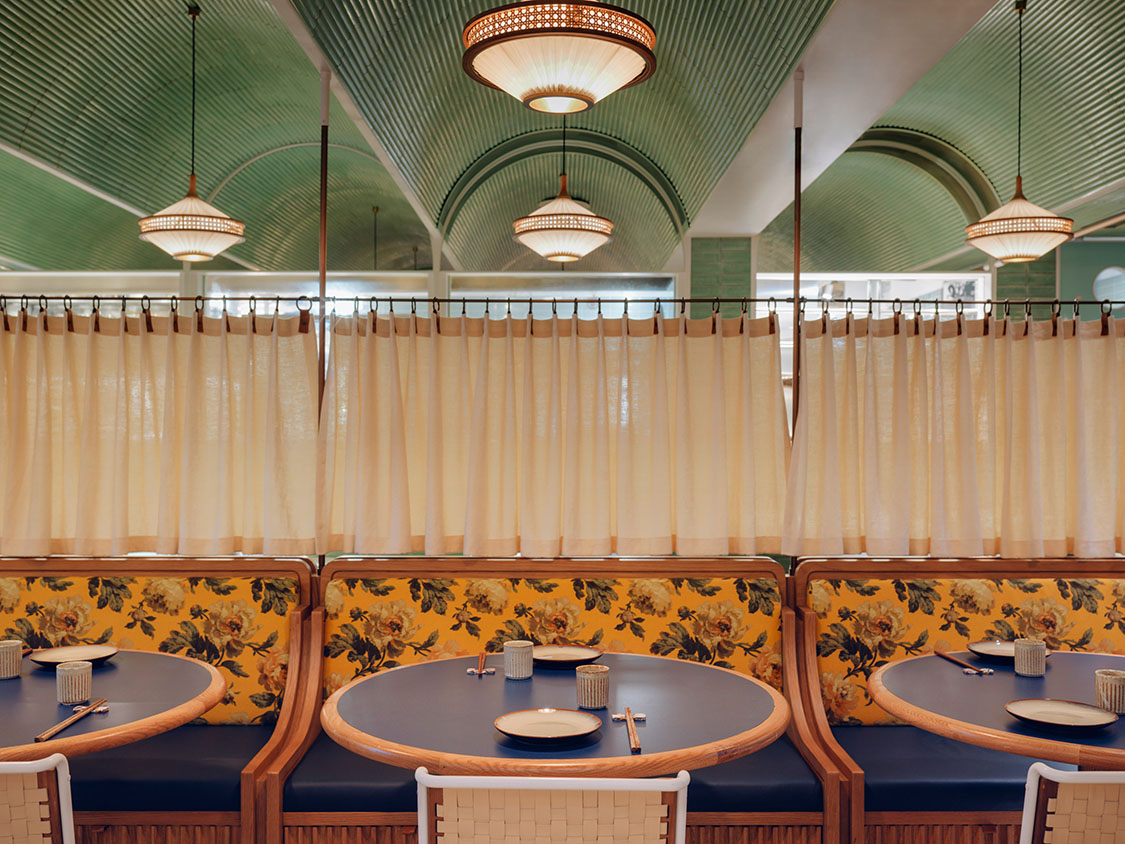 Mok and Hickling also emphasize the sustainability aspect of the project from upcycling wasted plastic and paper into coasters and menus, and using reclaimed terracotta tiles. The kitchen is also focused on using traceable ingredients from sustainable food suppliers. These types of sustainable initiatives are absolutely essential in all enterprises and draw attention to larger global issues. Tuija Seipell. 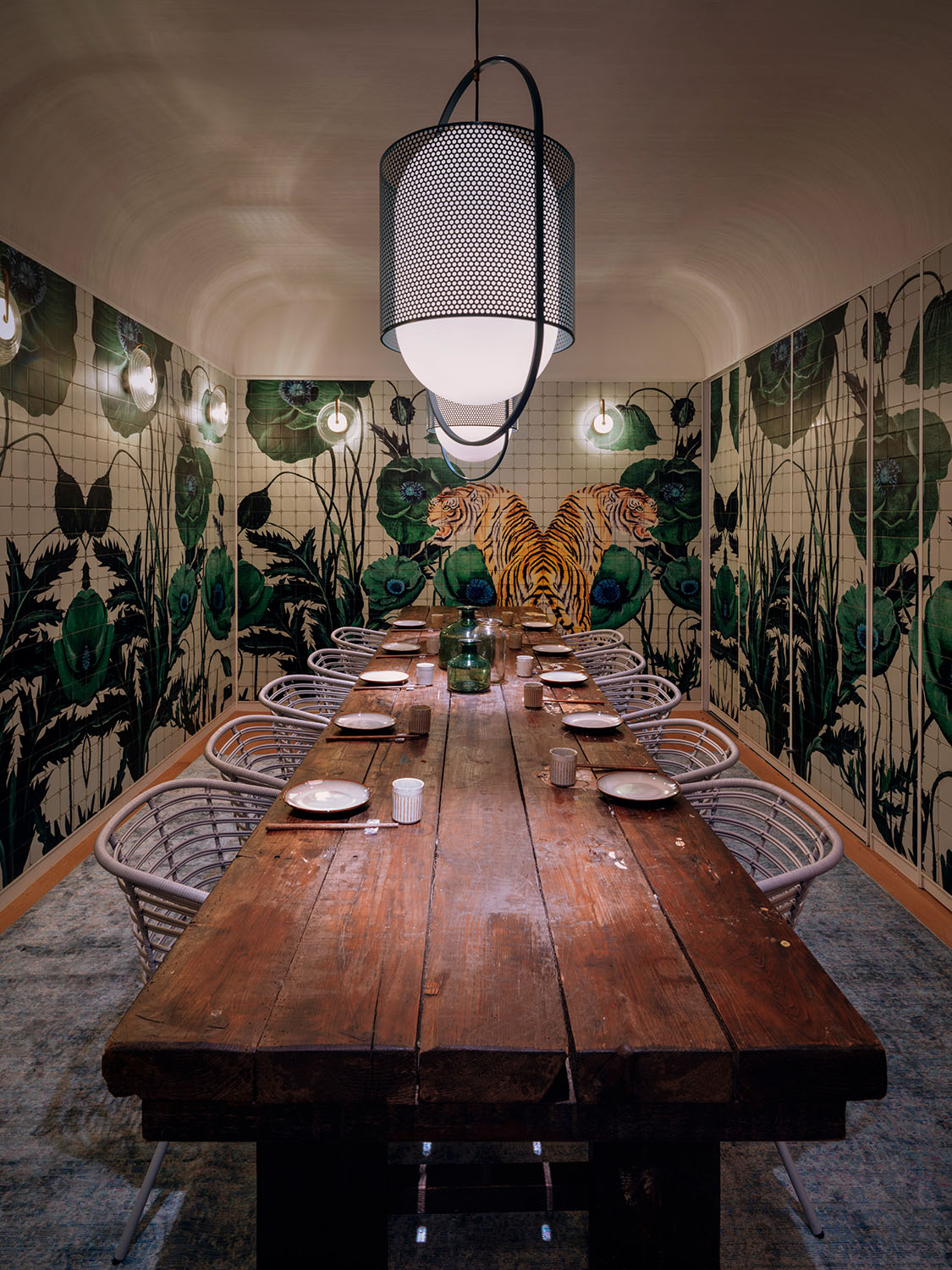 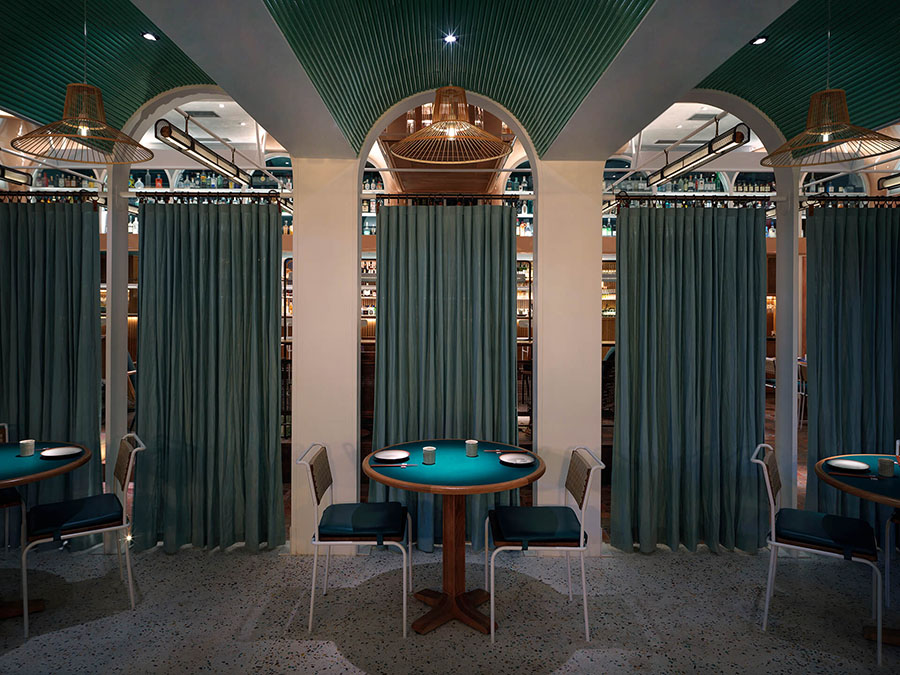 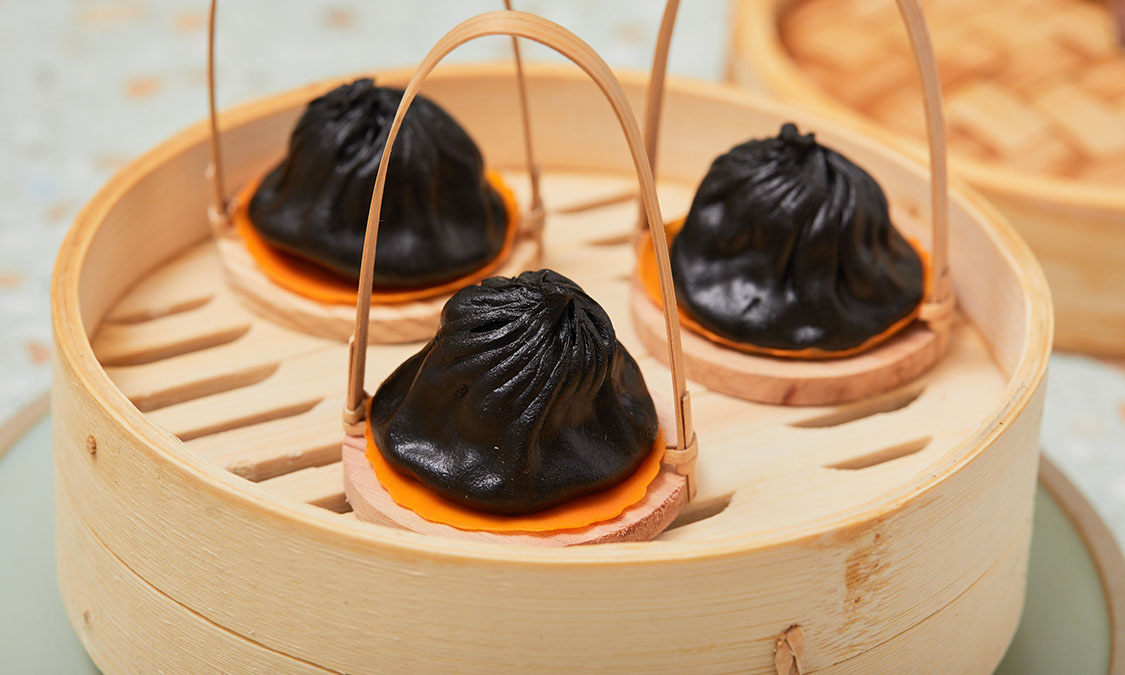