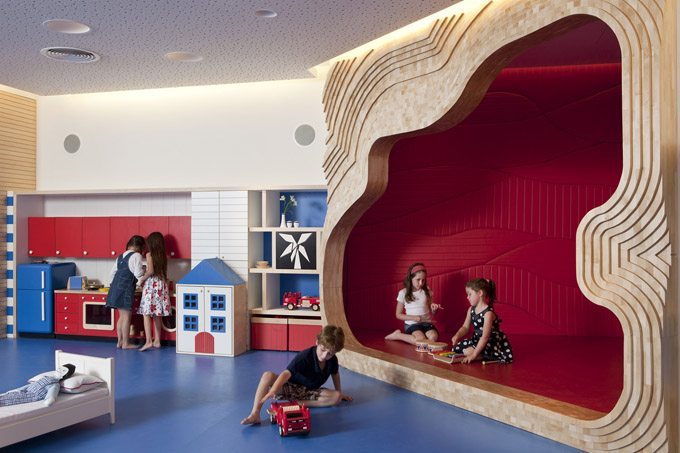 Most hotels are decidedly kid-unfriendly, and even more so are hotels such as Jerusalem’s David Citadel Hotel, known as the home-away-from-home for the world’s celebrities and political leaders. 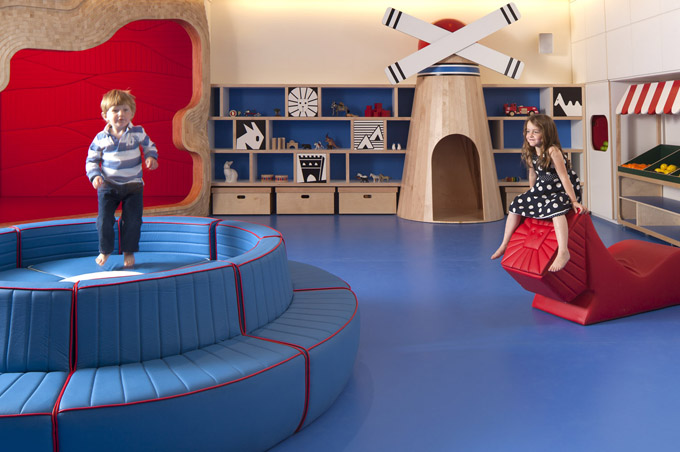 So, it is doubly delightful that this citadel of grown-up matters of importance now has a wonderful new kids’ space, designed by Sarit Shani Hay whose work we have presented before here and here. 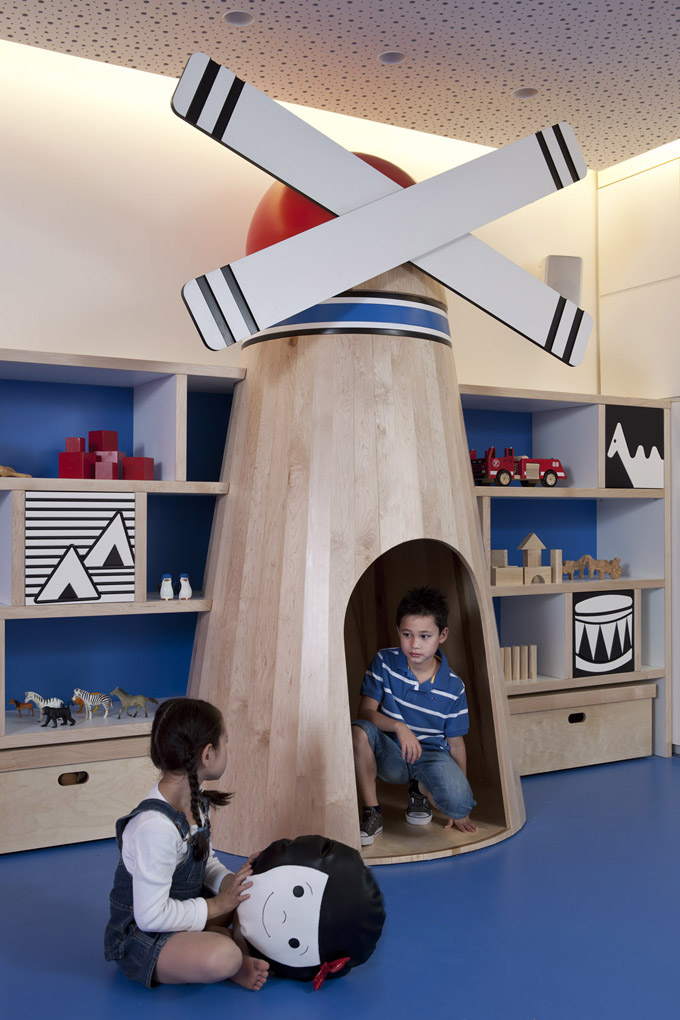 Hay is responsible for the interior and furniture design of the 100 square-meter (1076 square-foot) space that has activity areas for little kids and computer desks for bigger ones. 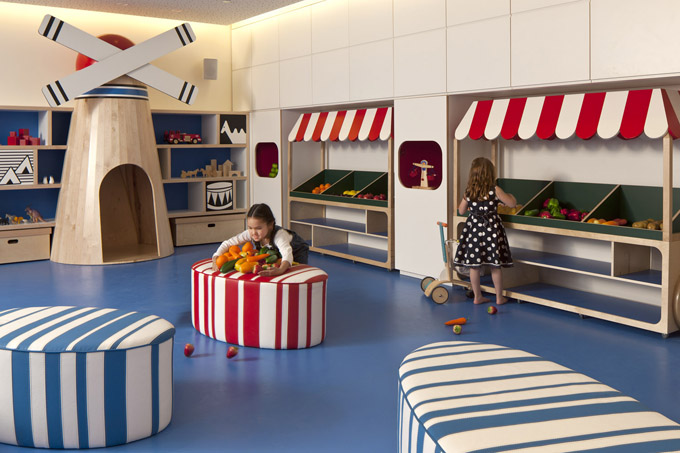 We love the inclusivity of the room that is divided by clear blocks of primary colours. It has both angular and rounded forms, open and intimate spaces, soft and hard surfaces, items to interest both boys and girls, activities to draw little and older kids, and low-tech items such as wooden toys mixed with higher-tech elements such as computer stations and flat screens. 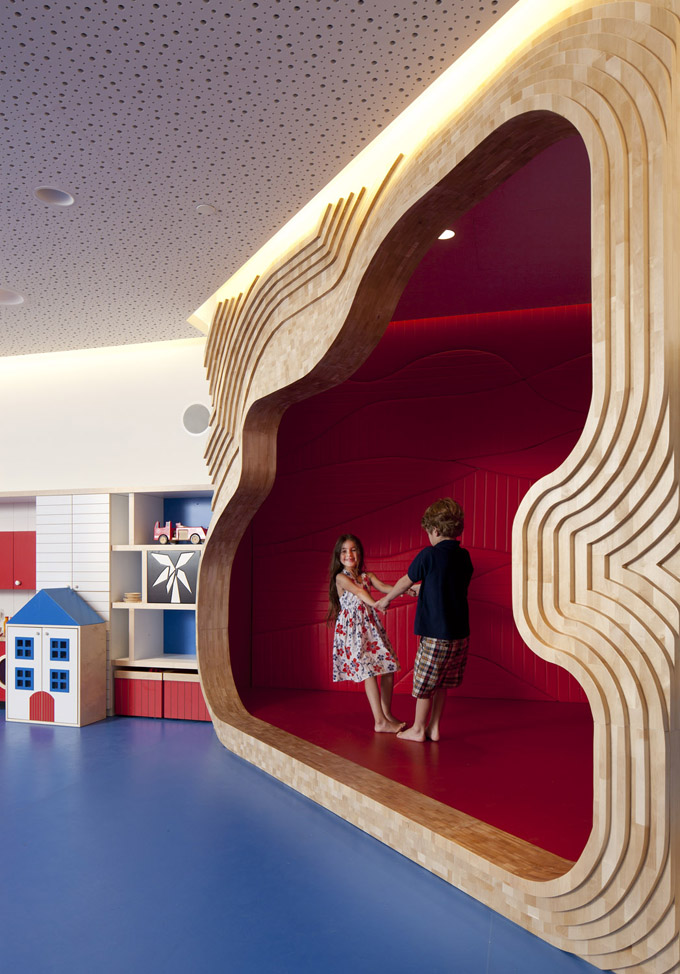 In this decidedly modern playroom, Hay has incorporated also some traditional Jerusalem themes, including the lion – the emblem of Jerusalem – and a windmill, cave and the Mahane Yehuda. 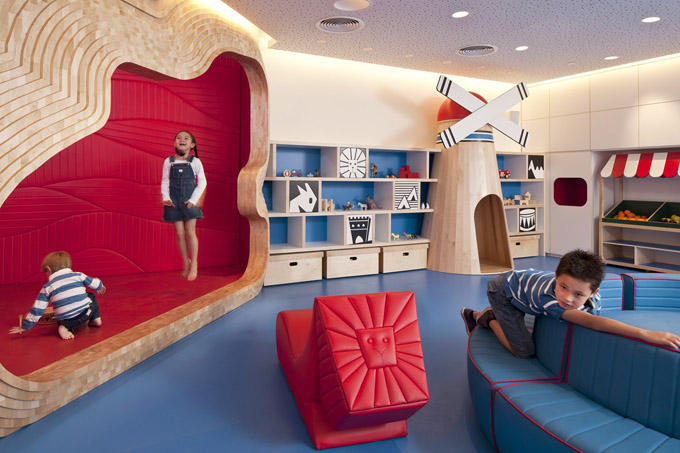 The horseshoe-shaped, 384-room David Citadel Hotel, located within walking distance from the Old City, was built in the mid-1990s by local real-estate and hotel magnate Alfred Akirov. The building architect is Moshe Safdie and the hotel designers Chhada Siembieda & Associates. – Tuija Seipell. 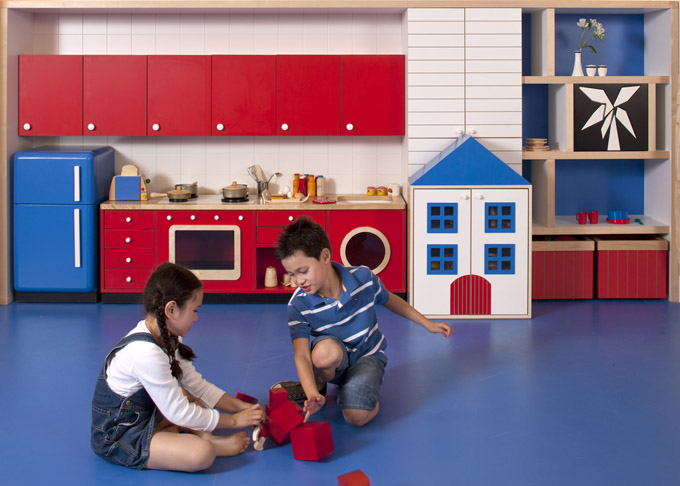