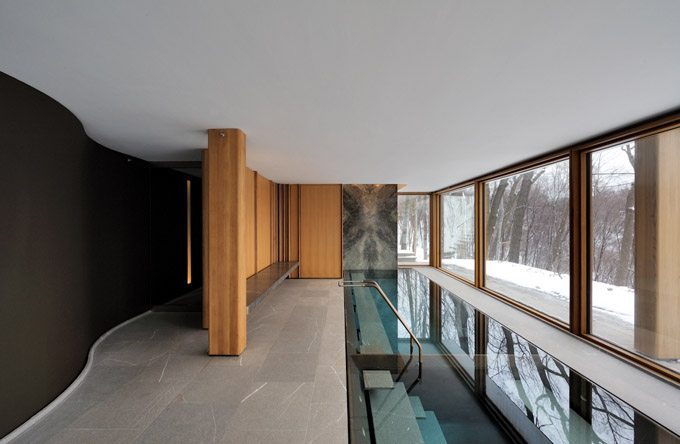 Math professor Dr. James Stewart, who is also a former violinist with the Hamilton Symphony Orchestra near Toronto, Ontario, has made millions writing calculus textbooks. When he decided to spend most of his fortune on a residence, he could have used any architect anywhere in the world. 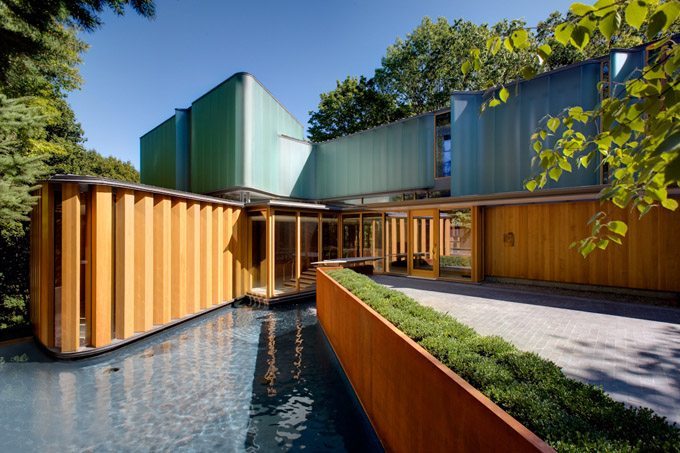 Instead of an international star, he selected the then-relatively unknown pair, Brigitte Shim and Howard Sutcliffe of Shim Sutcliffe to create his residence in a ravine in the posh Toronto neighborhood of Rosedale. 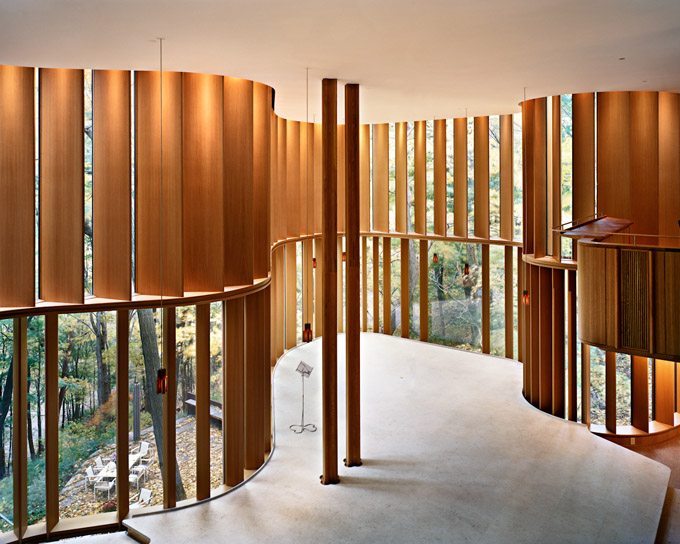 Stewart was not looking to build just a residence, though. He also wanted a private concert hall and lots of curves. Other than that, he gave the architects unprecedented and probably never-to-be-repeated freedom. No schedule, and no design restrictions. 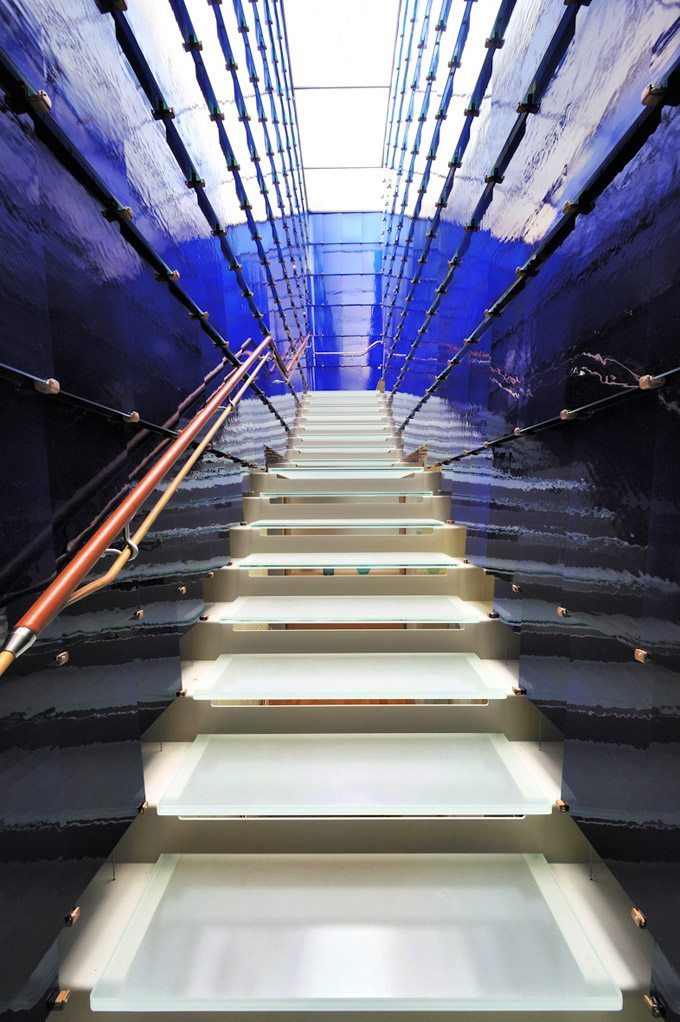 A decade after the initial discussions with Shim and Sutcliffe, the $24 million US, 18,000-square-foot Integral House was completed. It does, indeed, have a multitude of seductive curves, massive amounts of floor to ceiling glass and a spectacular staircase. And, Dr. Stewart now gives concerts and throws parties and costume balls in his 150-seat concert hall. 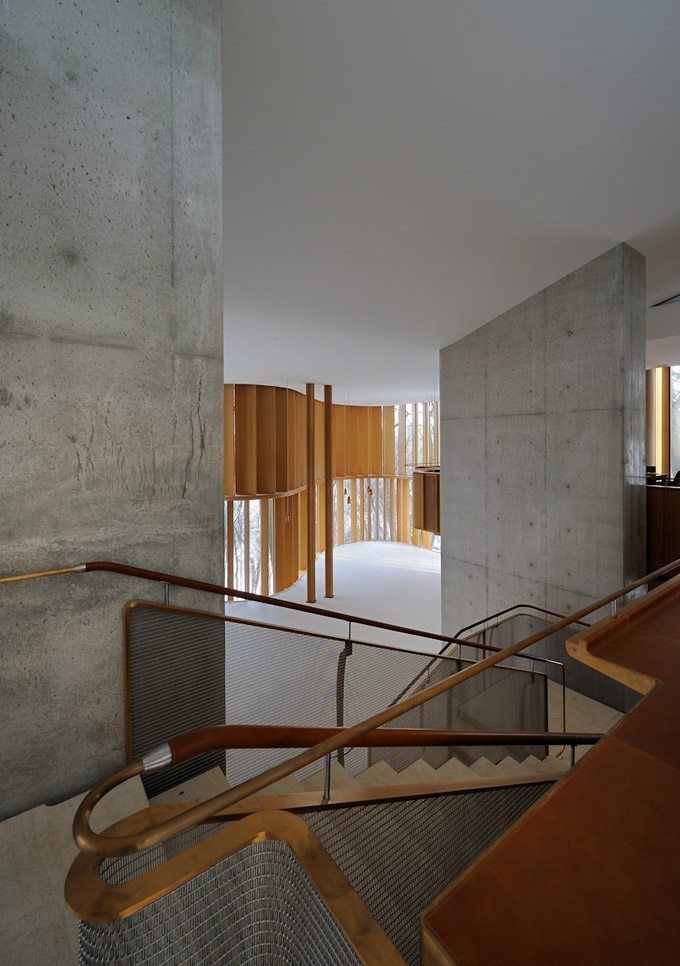 The house exudes a patina, a classic semi-Scandinavian simplicity that makes it seem older, more established and mature than a brash, brand-new house. There’s a lovely sense of dynamism as well, as if the building were in motion, rolling along ever so slowly, or perhaps just coming to stillness after a long architectural journey. 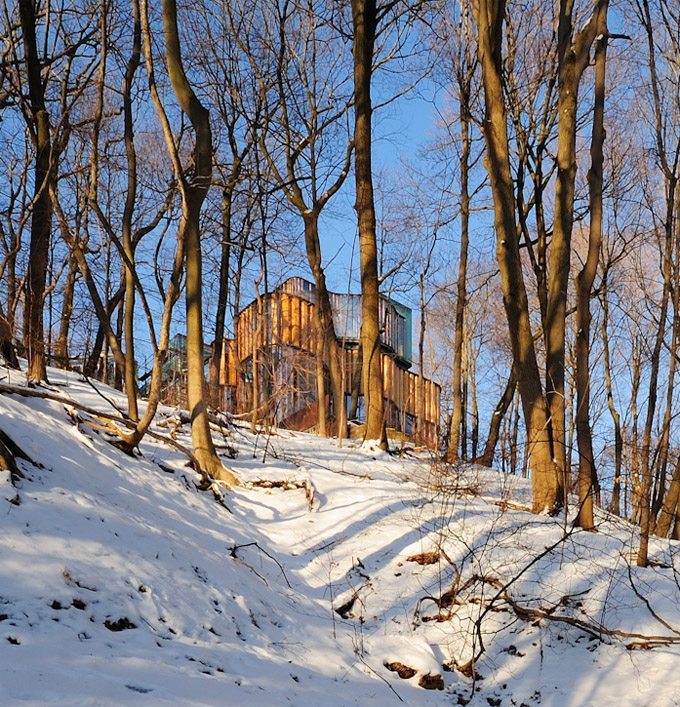 The fantastic staircase is really a commissioned work of art, a collaboration between the architects, glass artist Mimi Gellman, and structural engineer David Bowick. It is constructed of hand-blown blue glass rectangles that are supported by cast bronze clips and stainless steel cables.

The house has already been on the Architectural Digest annual Toronto tour and it has become a part of the city’s must-see architecture. In a Wall Street Journal article, Glenn D. Lowry, director of New York’s Museum of Modern Art, was quoted as saying: ‘;I think it’s one of the most important private houses built in North America in a long time. Tuija Seipell