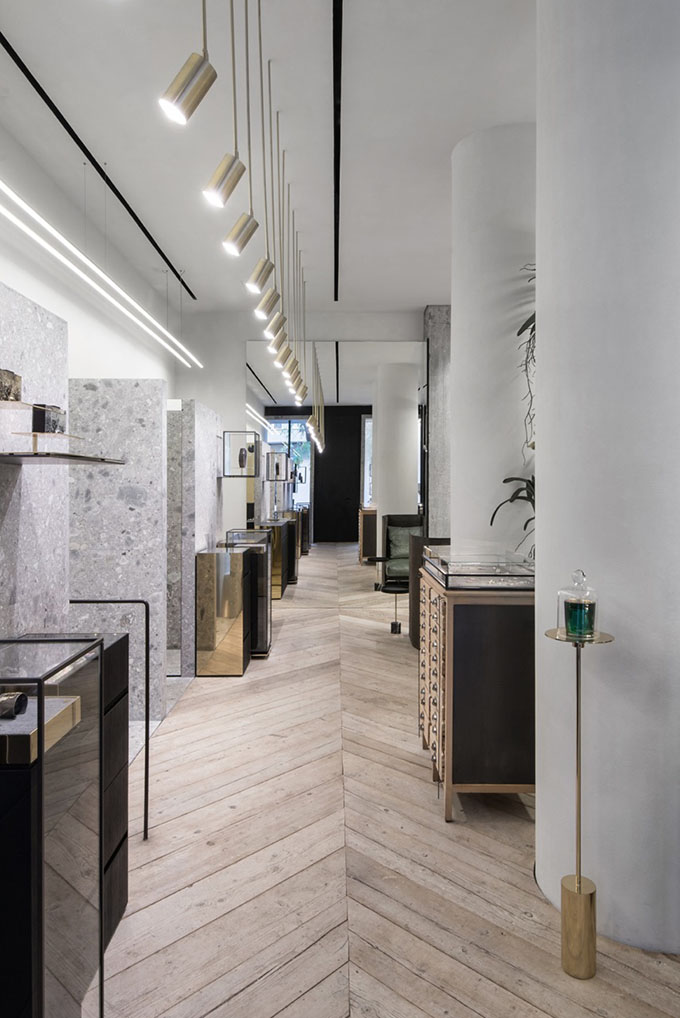 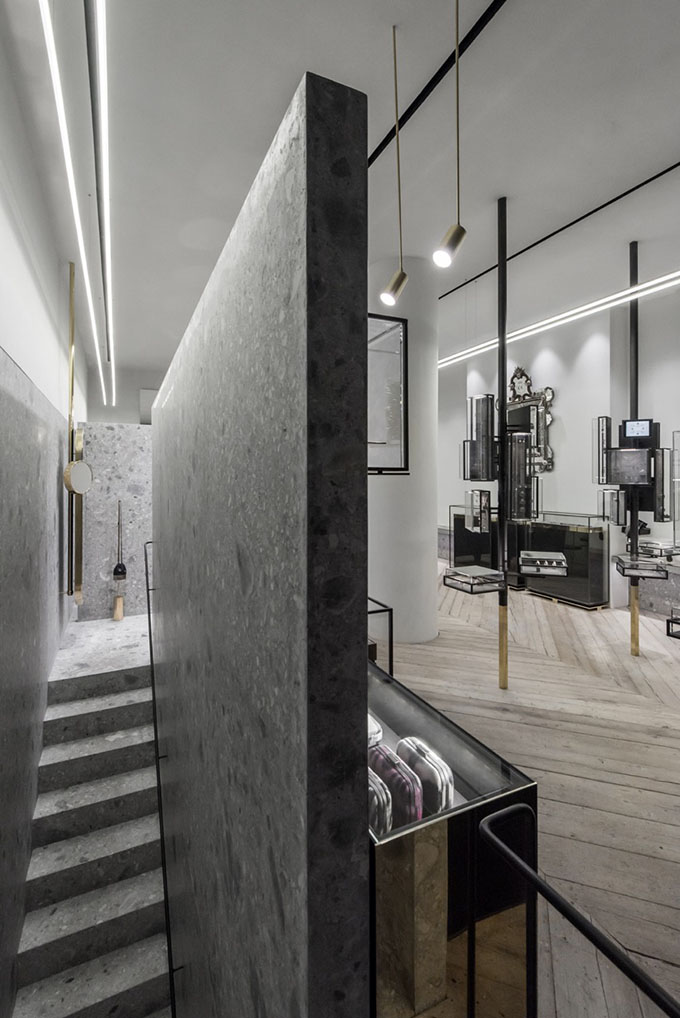 She hired Greek architect Stelios Kois to envision an environment for not just her own jewelry but also for fashionable creations of other designers. The Makri is not new to retail, as her first entry, Mageia, also in Athens, opened in 1987. Mageia was also the setting for the launch of her precious jewelry line in 1996. Steeped in symbols, nature, mystique and multicultural lore, her pieces featured snakes, evil eyes, insects and other nature-inspired themes created in gold, diamonds, rubies, sapphires and other precious materials. Barneys New York noticed, and from there on, Makri has been part of the jewelry scene, and not just in the up-market fine jewelry segment but also in costume jewelry . 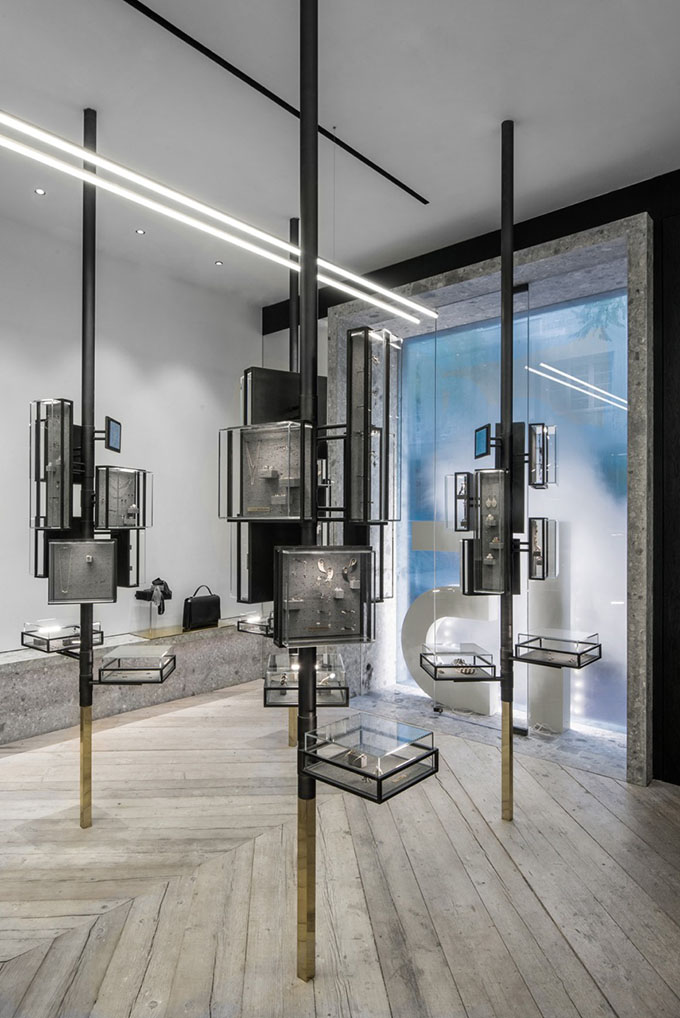 Celebrities and stars, from Jennifer Lopez and Faith Hill to Uma Thurman, Heidi Klum and Rita Wilson, have walked the red carpets of the world wearing Makri’s pieces.
As one would expect, Kois and project manager Antriana Voutsina with team members Nikos Patsiaouras, Marielina Stavrou, Konstantinos Karanasos and Alexandros Economou, used Makri’s work and philosophy as inspiration for the new Athens store. 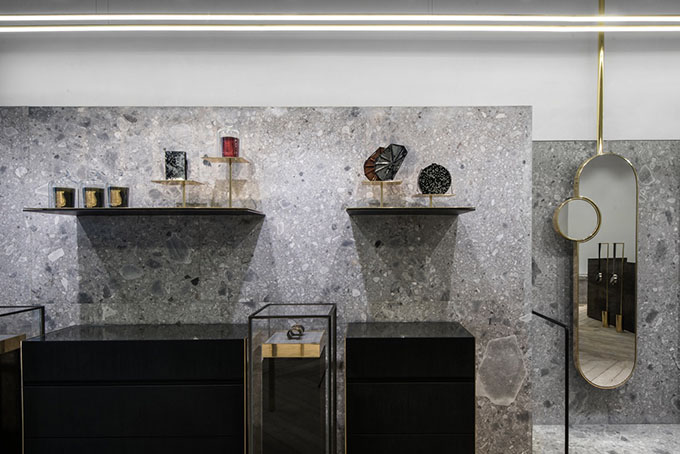 The quality of light, geometric patterns, exquisite workmanship and intricate detailing are all essential in Ileana Makri’s work in which she transforms ‘memories to jewelry’, as Kois expressed it in a brief. 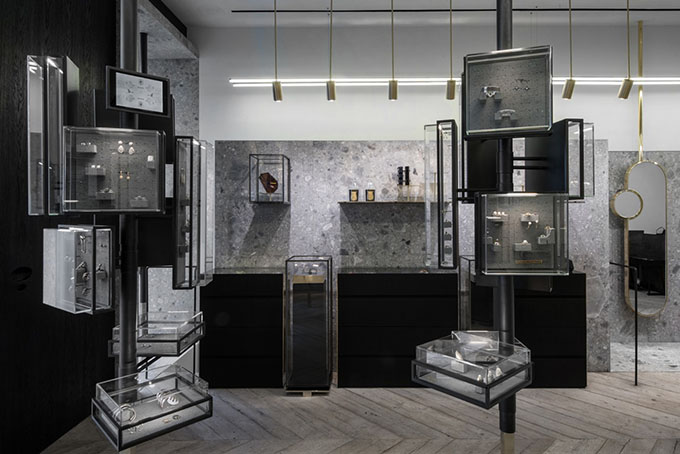 In the ‘peculiar forest’ that Kois’s team created, our eyes are drawn to the strong, angular lines of the glass-and-metal trees on which jewelry and other items are displayed. The trees allow 360-degree viewing of the items inside the branch-boxes. We like the scarcity and strength of materials: metal, glass, wood and stone that gives the items on display a minimalist backdrop. 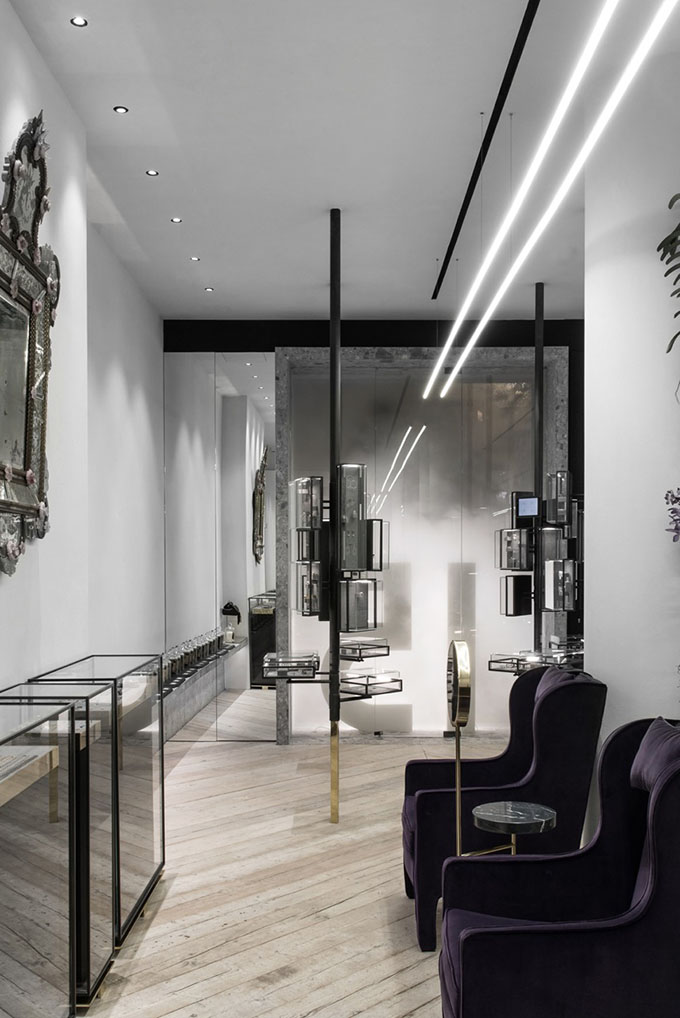 However, our favourite aspect of the store is the exterior. The window opening that appears like a big picture frame, was divided into three segments: Two windows framed with black stone protrude from the façade and, in between them, a narrow door made of black-stained oak leads into the store. 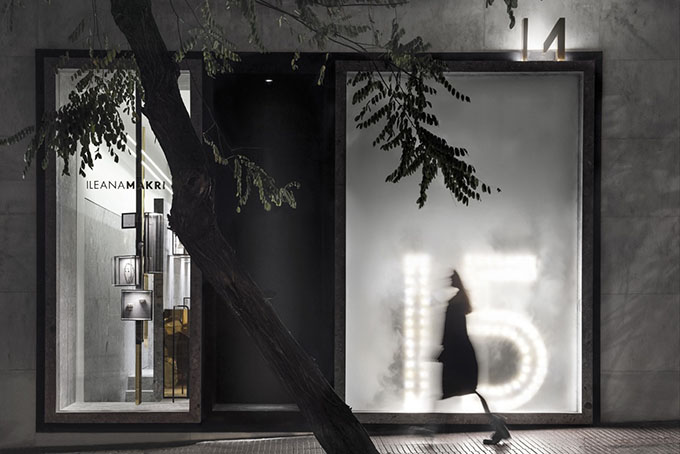 The narrower of the windows is for exhibiting the latest collections. It also frames a display tree and shows off our other favourite feature: the narrow, stone-clad staircase that leads to the jeweller’s workshop. – Tuija Seipell.